I’m not a big one for competitions. This is something of an understatement. I put one picture forward for one, once, and heard no more. I’m generally a bit more focused on doing the work than on chasing trophies around. Plus, it’s a lot harder than you might think. Picking a tiny handful out of vast swathes of work – declaring those to be your best – and then being…judged. Publicly. Against brilliant people. Yeah.

But when five emails arrived in the same week, from friends all forwarding me the call for entries to Event Photographer of the Year 2014, well…

I mean, I do a lot of corporate work, a great deal of portraiture, and a ton of PR, but events…they’re my special thing really. The buzz of a live event, the pressure of no retakes, of living in the moment to a degree that sometimes feels as intense as driving a Formula One car, the uncertainty of lighting, logistics and above all people – the glorious people associated with every glorious moment…

How could I not? Ignore it, and not stick in my three frames? Pretty negligent, really. And it’s backed by some of the biggest names in the British events industry, including Square Meal – the bible for venues and event services.

So I whittled down a trawl of my favourite moments of 2013 to about, um, 45, and asked friends for a bit of help. Subjective judgement can only get you so far. Plus there were some specific judging criteria, which made a hard task even harder:

1. Technical quality – Images that have been produced in a new, fresh, or different way.
2. Visual aesthetic – The uniqueness of the artistry of the submitted photos.
3. Content – The effectiveness of the composition and the relevance of the subject matter to the events industry.
4. General characteristics – An overall appraisal of the submitted photos, considering characteristics that make it stand out from the competition.

The hardest one here was the bit about relevance to the events industry. Does that mean no amazing empty venue shots? Is a street demo an ‘event’? What about politics? Conferences? Weddings? Does it really have to be tailored to things event managers might like: packed venues, happiness, theming-so-beautiful-you-can’t-help-booking/sponsoring-next-year’s? Details or wides?

And through all this – tricksy thoughts like: how can anyone claim to be a good event photographer in just three photos? Surely it’s the ability to sustain visual interest for dozens and dozens of original shots throughout an event that really sets someone apart? And the wise advice of legendary tog Edmond Terakopian – who gave me some fantastic one-to-one coaching in the very early days – the shot has to do the work, not the amazing story you may be able to tell about how it came about.

So I skipped past:

Thatcher’s funeral (definitely a happening, but not necessarily an ‘event’) 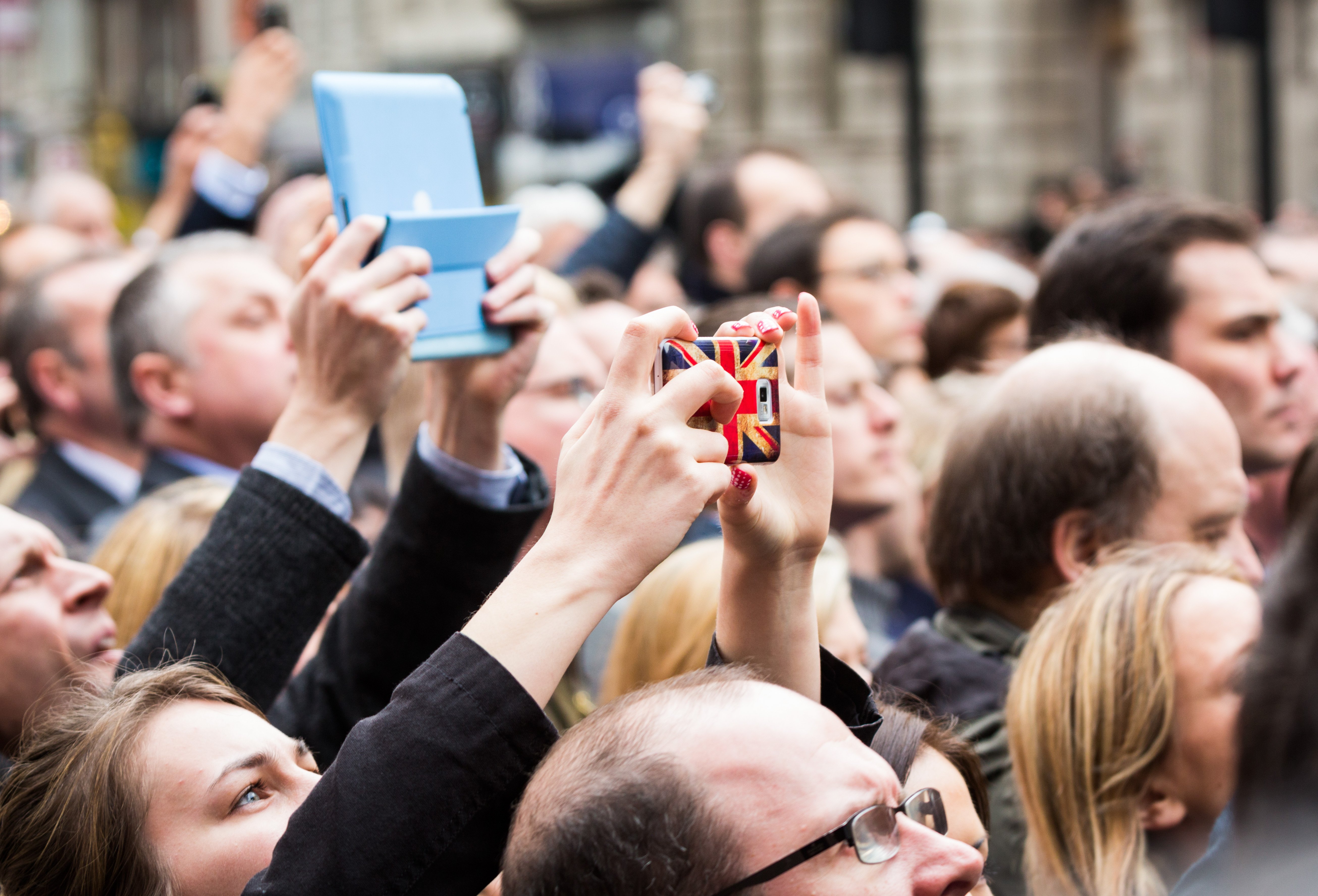 Chew the Fat (strong, but ultimately just one of very many speaker-on-stage shots) 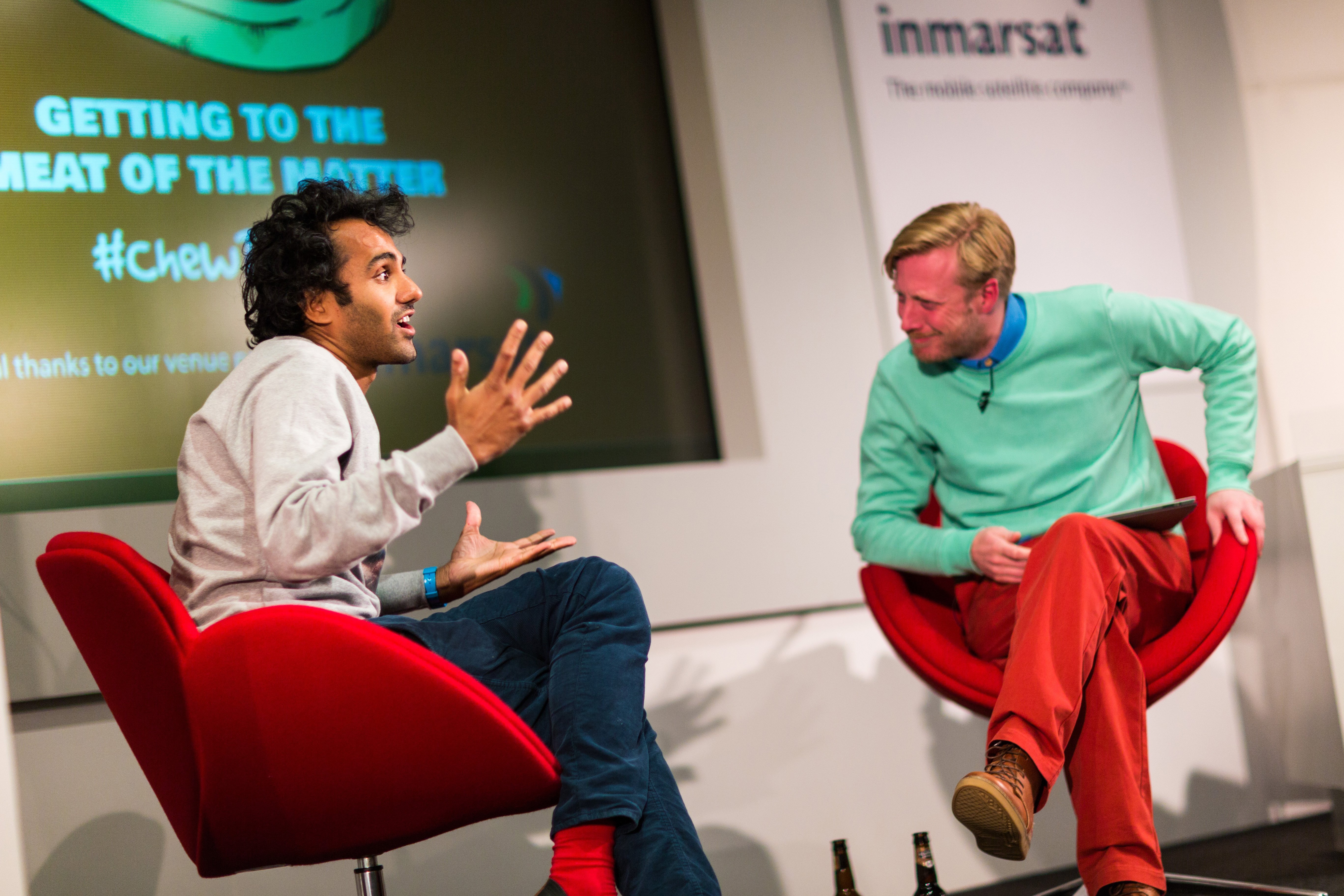 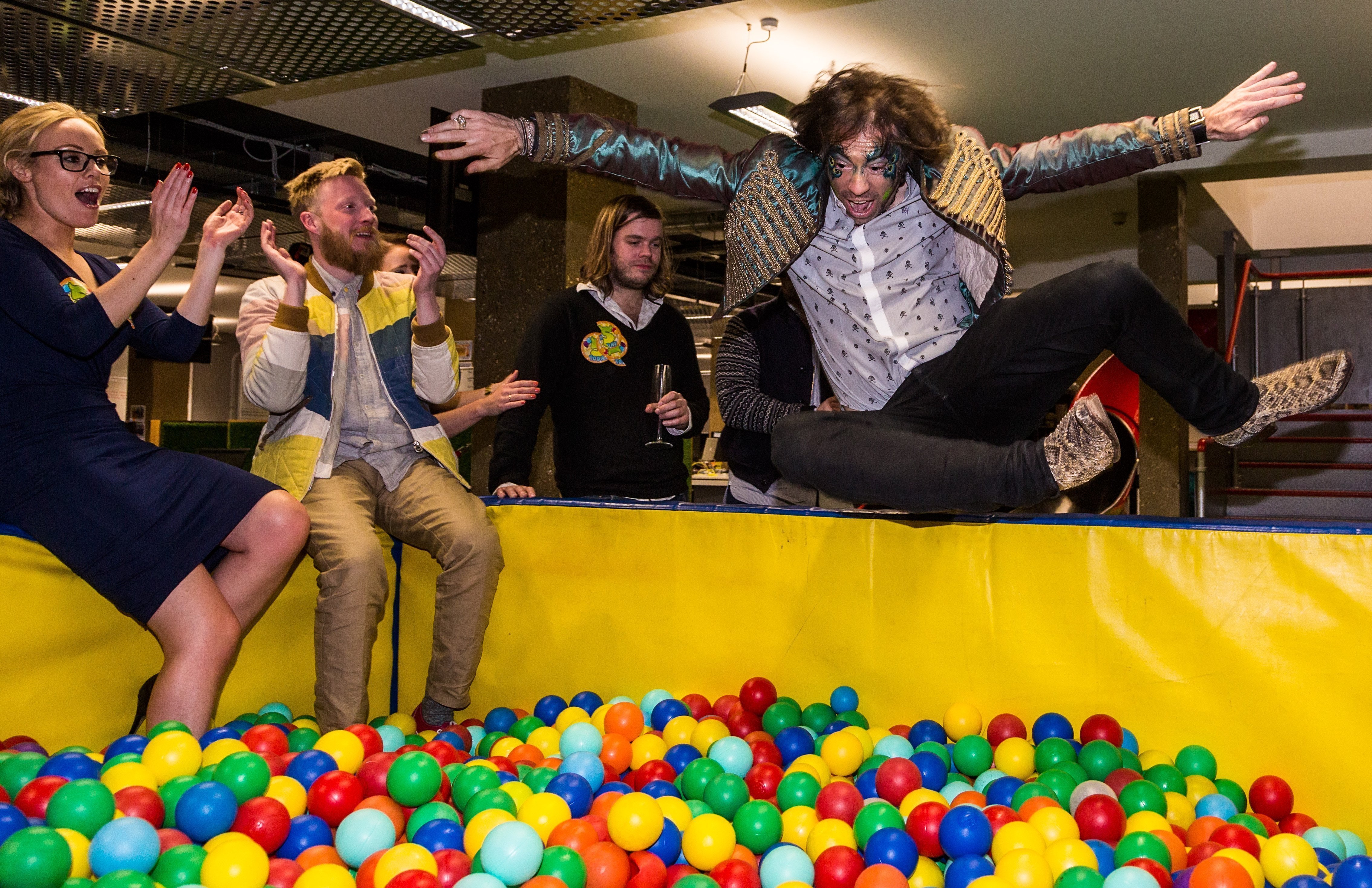 Guildford Cathedral (I probably should have entered this) 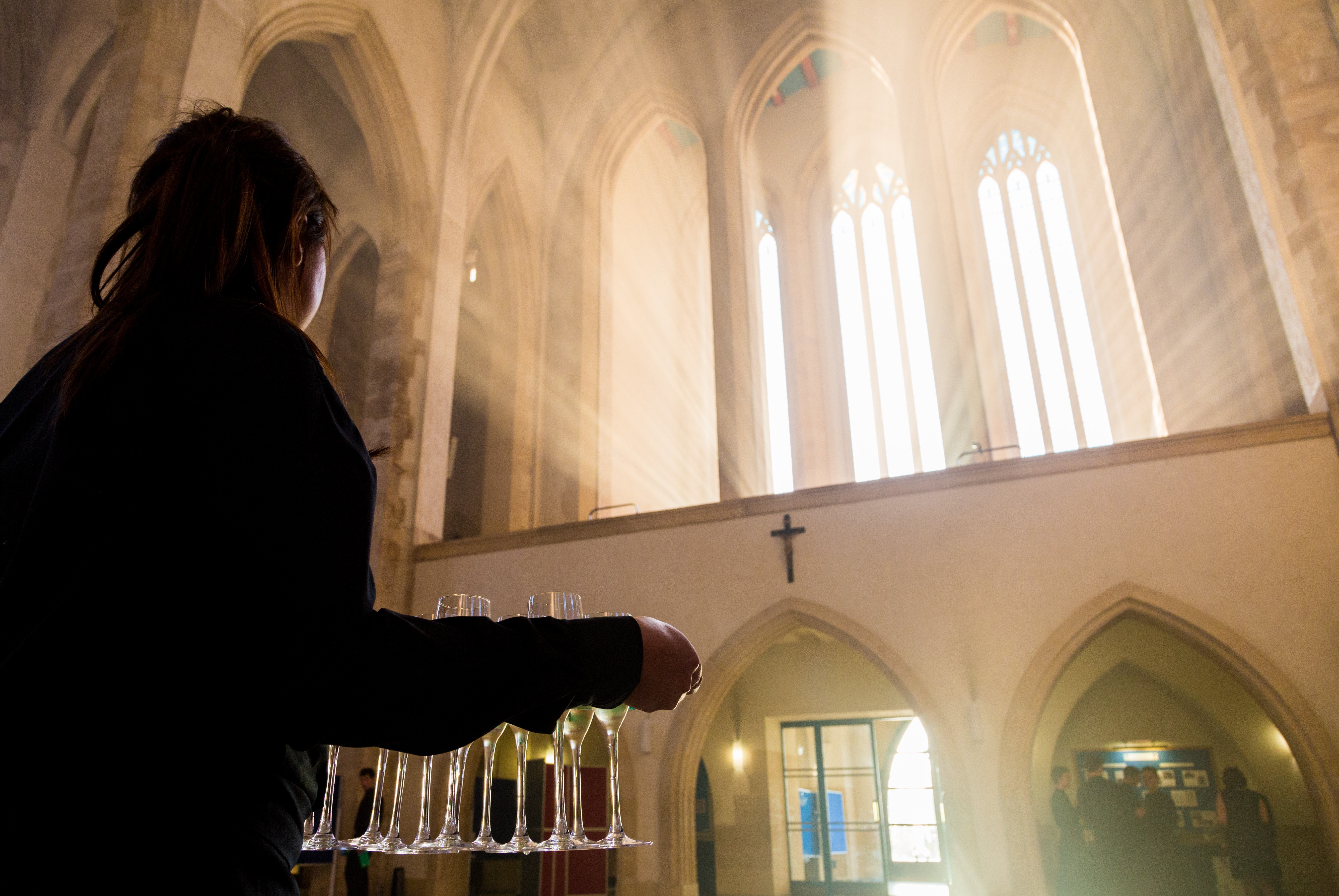 Translators (an unsung feature of a big global event, but perhaps a bit niche) 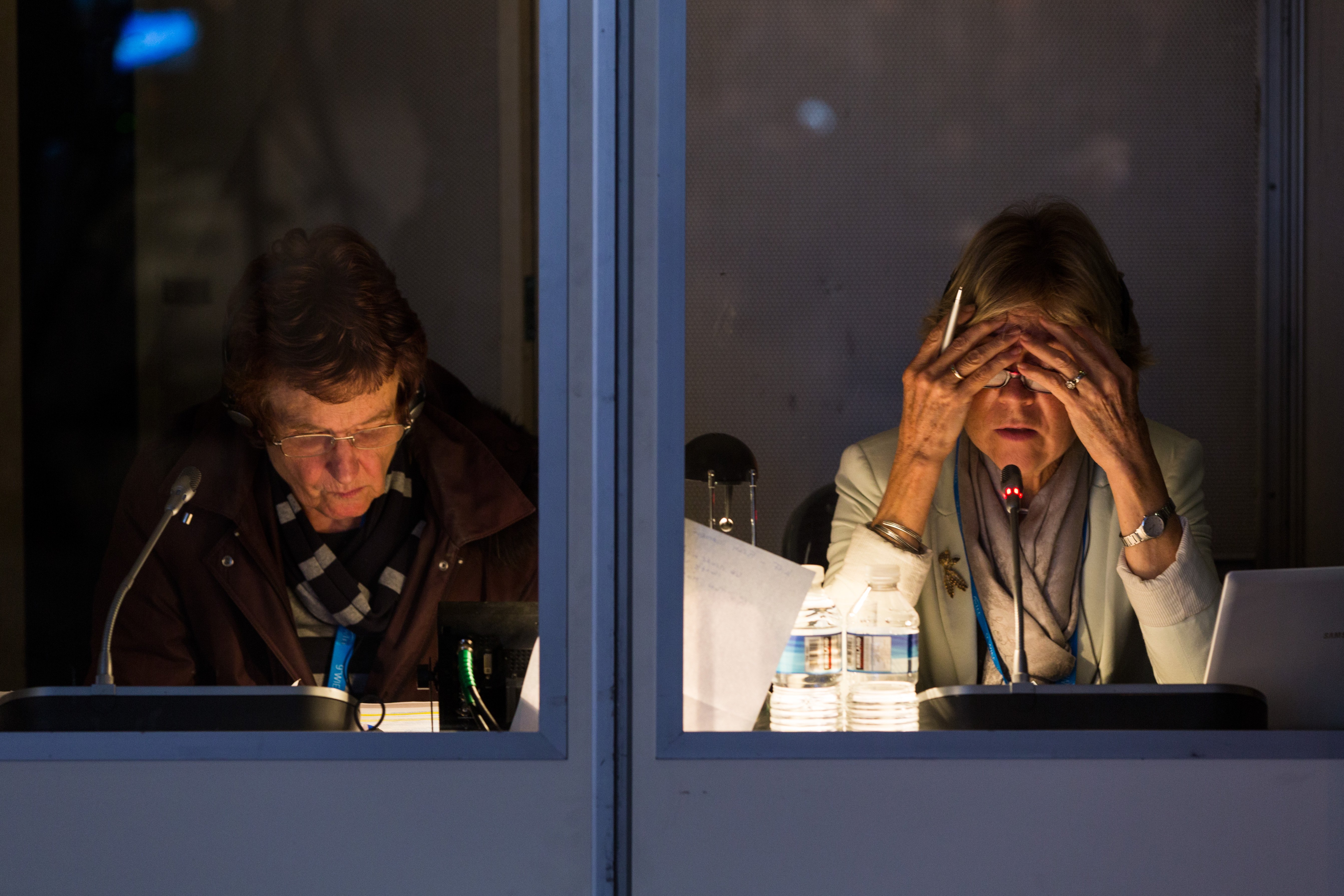 and Jon Snow cracking up at the iPhone-app-operated bionic hand (see? – it needs explaining…) 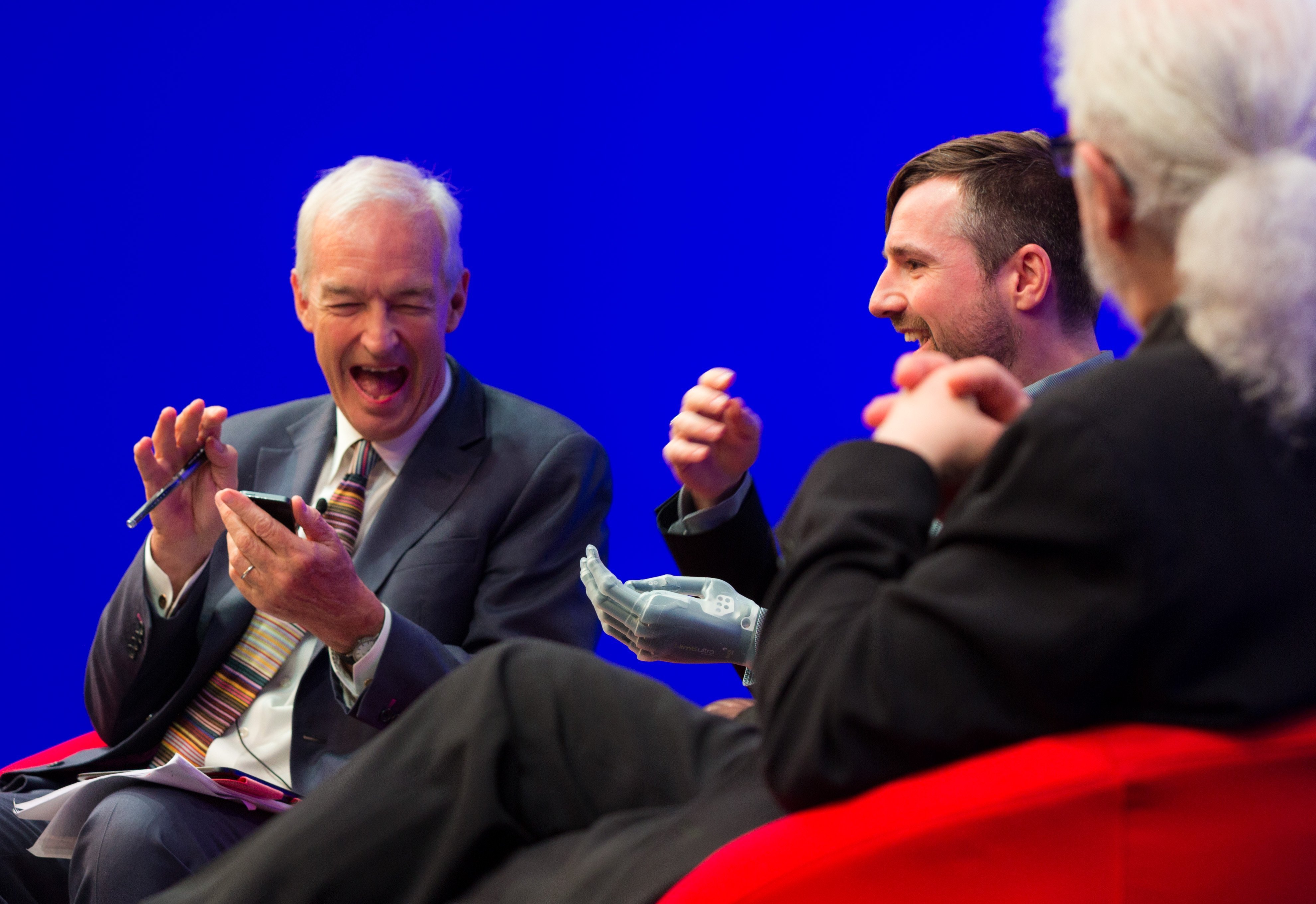 …to arrive at these three:

Mariachi from above (picked out for being “technically distinctive” i.e. taken with me hanging out into the void over a Leicester Square restaurant on launch night. What could possibly go wrong?) 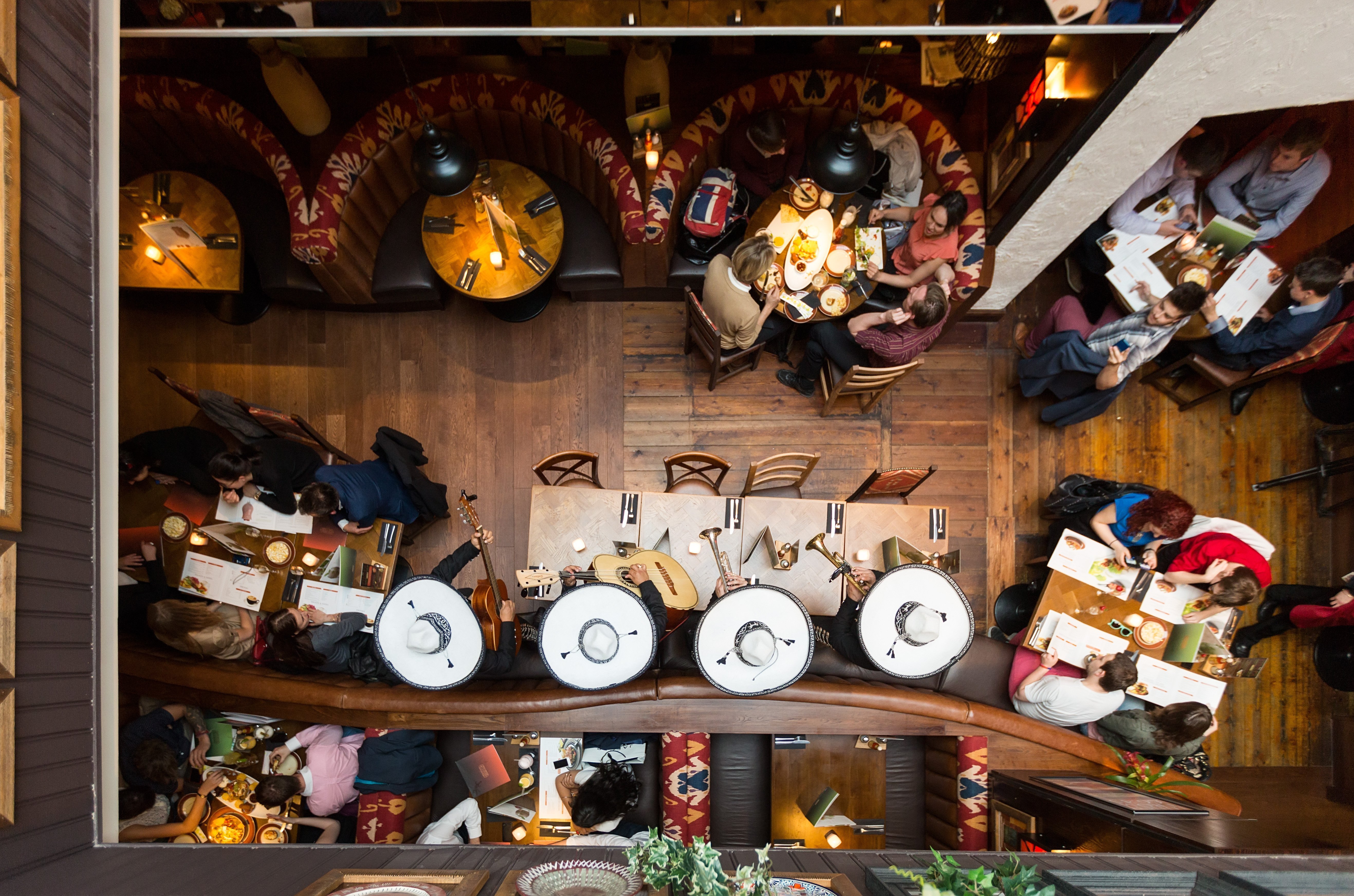 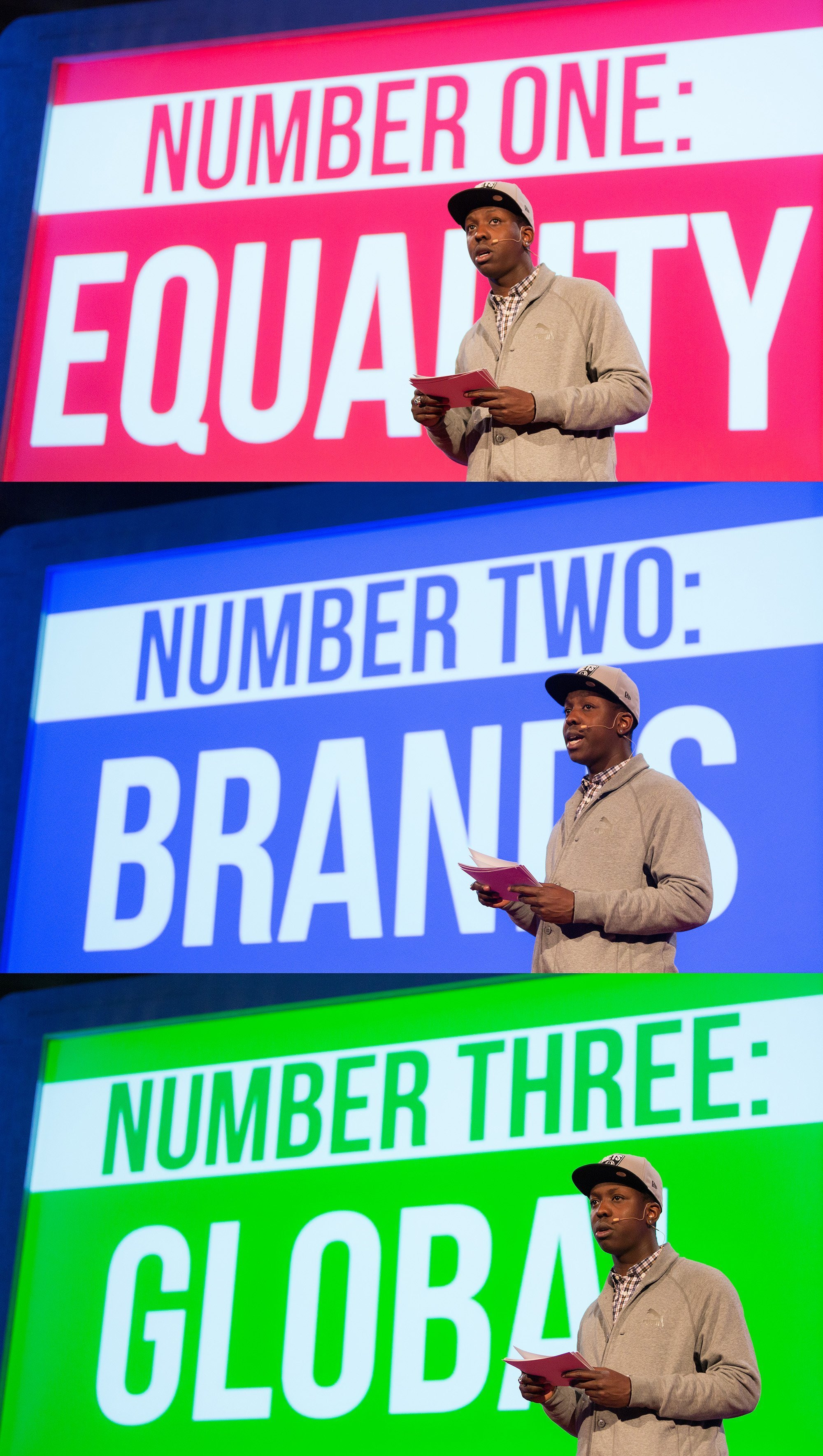 and Laughing at the Back (yes, after much thought, from a wedding, but not an immediately typical wedding shot – instead the three former Army boys collapse during a speech – catching a downward shaft of light in an otherwise dim tent. A perfect moment, and though I’m normally very wary of throwing out the colour it really, really made this one zing.) 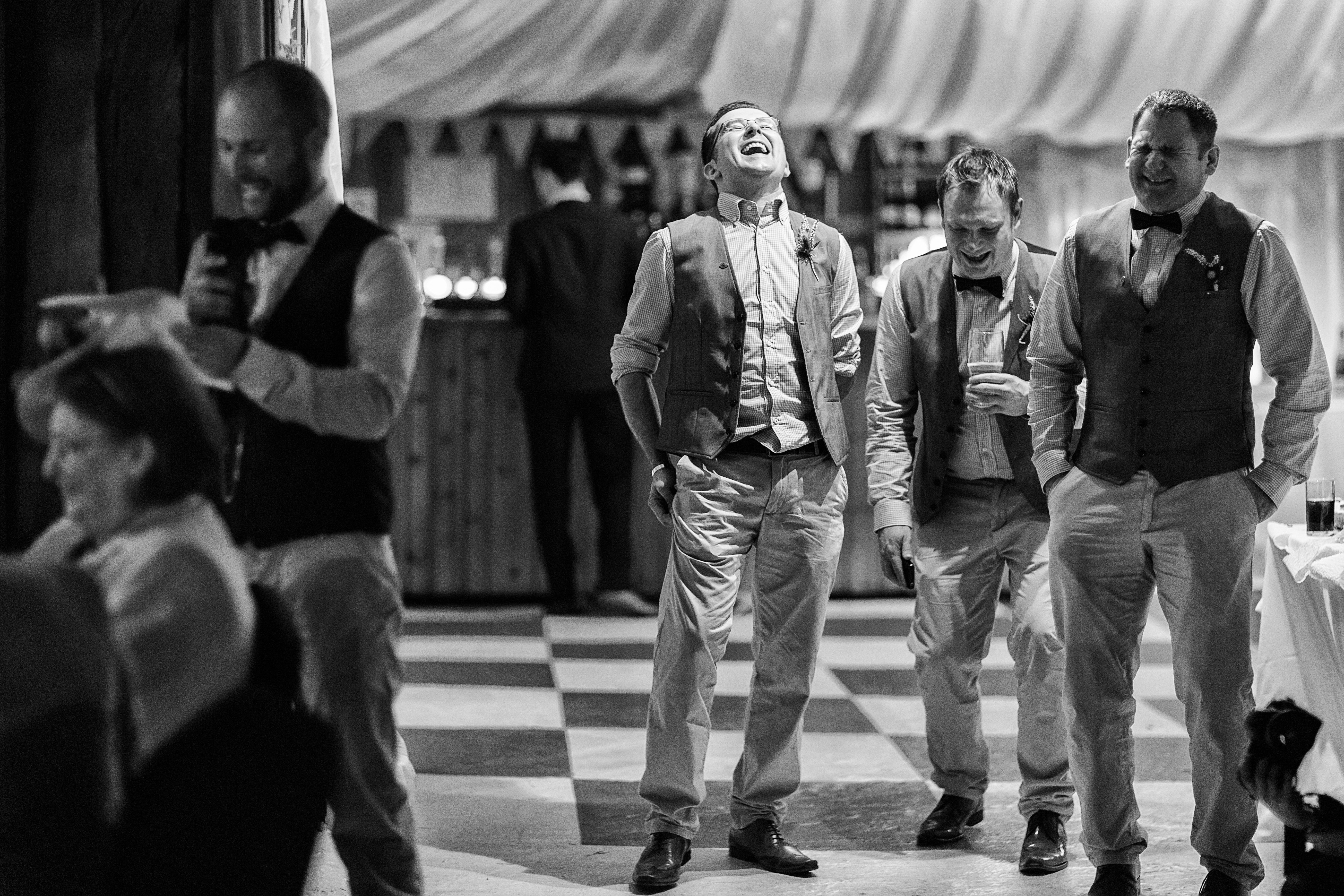 And the judges must have thought so too, because that last one was picked as the overall winner of the Professional category – the tiny tip of an enormous iceberg of output over the last few years.

I owe much to people like Edmond who generously steered me in the right direction at the beginning, to friends who became clients (and clients who became friends) and especially to my incredible collaborator Tracy Howl who has been in the thick of many of the events with me over the last couple of years – and who will no doubt storm this competition next year and add to her own London Fringe Photography award.

Thank you. Now, back to work. 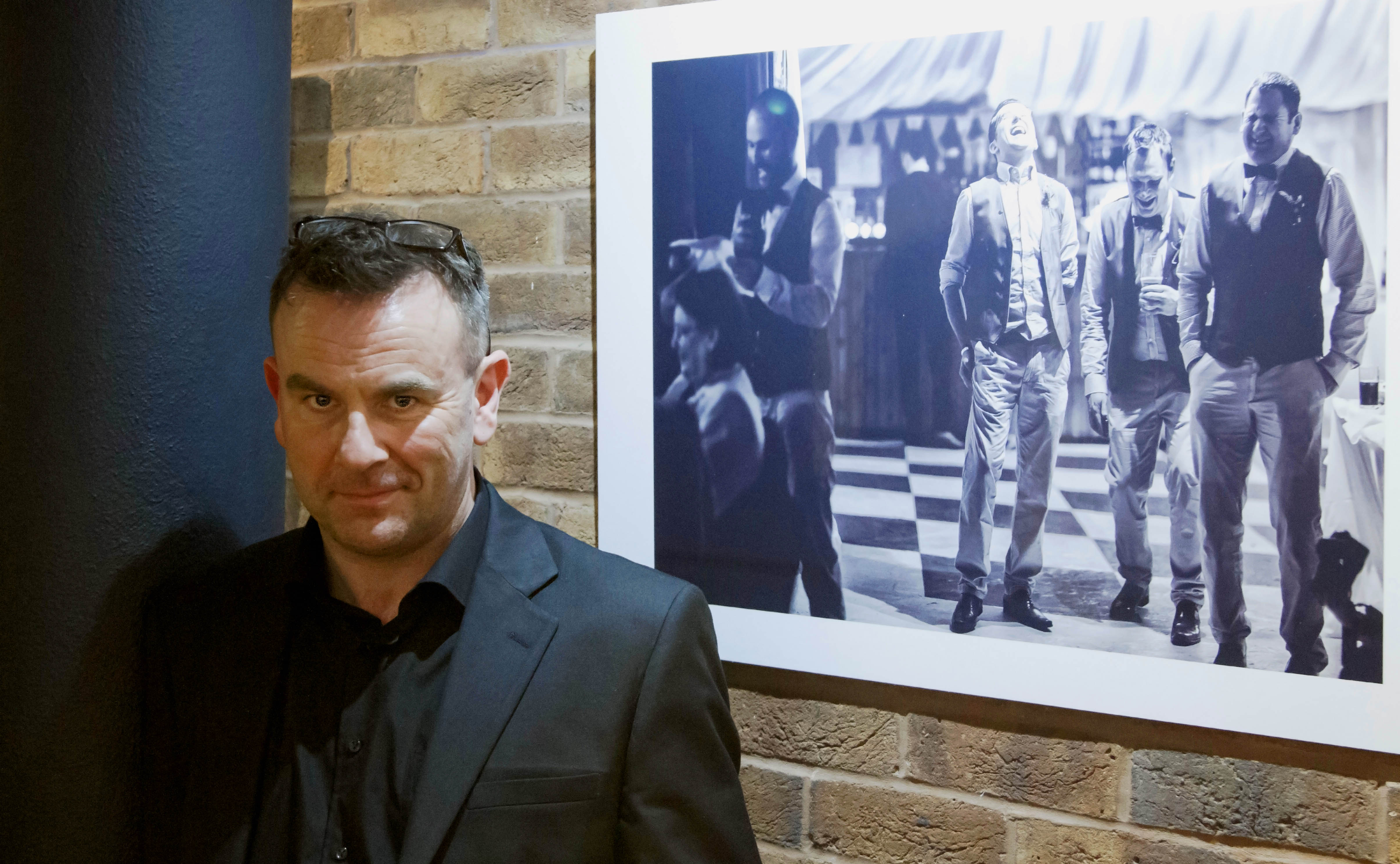