I knew the storms were on us last week, even without going outside. I knew, because half a dozen friends tweeted, texted and messaged me at pretty much the same time, asking the same question.

“How do I get a great lightning photo?”

Firstly, to do a decent job, you’re going to need at least half-decent kit. A basic cameraphone by itself will need a miracle to produce a great shot. If all you have is your iPhone, don’t rely on miracles. Instead, turn straight to Easy Method #1:

Shoot video. Some of the most celebrated viral pictures of recent storms have been grabbed like this: if it’s a choice between perfect quality and dramatic moment, dramatic moment will win every time. So flick into video mode, point at the sky, wait for a big burst, then see what you caught. If you’re up to it, use a basic video editor to look at individual frames, and grab what you want – if you’re just going for quick and dirty (which you are with this method) just play it back, pause and do a screenshot. Really. No frills, but you’ll get your big moment.

Just point at the sky? No, ok, not so fast. Have half a thought about what’s in the picture frame. A bit of city, or tree, or sky will help enormously. A big streak of light on a sky? Great; but how much better to have some context. Oh, and don’t climb a tree on a hill to do this. Wearing wet trousers. Made of copper. Ok?

I waited 3 hours for the lightning to hit this castle on the horizon. That’s obsessive, I grant you. 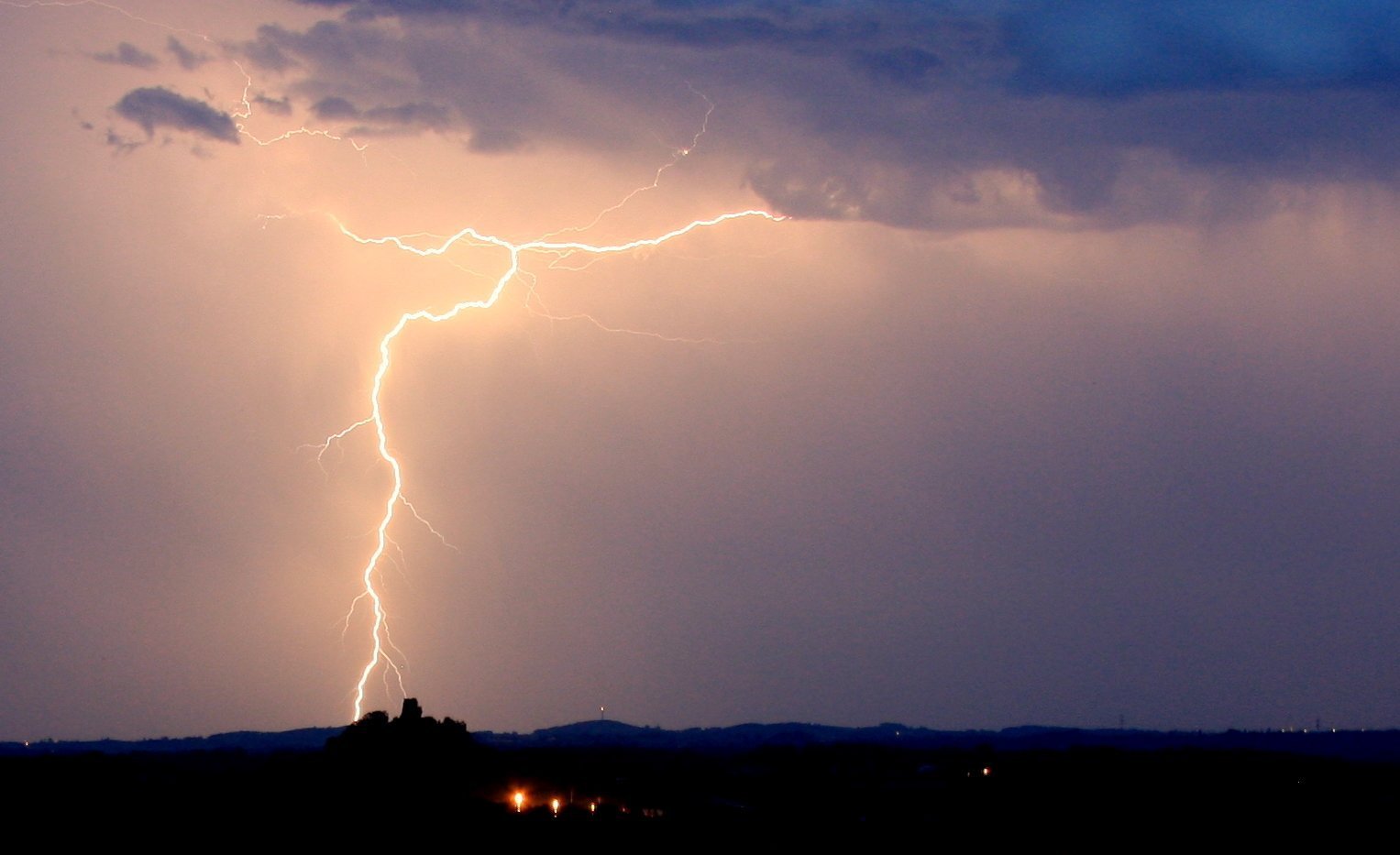 You’re going to need a camera that you can control manually. Let’s assume you know the basics of doing that. First thing, turn your ISO down. Way down. You’re going to be holding your camera steady (ideally with a tripod, but really a wall or a windowsill will do just as well), and long exposures are your friend here. Long exposures mean plenty of light will come in (including the flash moment) so you can make your camera nice and insensitive to help you get a long, slow shot without everything going pure white.

ISO down, exposure time up. I aim at around 20 seconds. And aperture? Nice and tight (that means a high f number) – try around f/16. This also helps you control the light flooding into your open shutter, and also sorts out the focusing issues for you. On focus, switch to manual, get the horizon sharp, and leave it there. With a narrow aperture, you’ve got lots of room here for error, and it’s not going to be the biggest of your problems.

Take the shot. What have you got?

Now take a shot. Yes, there’s no lightning right now (unless you’re incredibly lucky) – but what you’re after is a check that a) you’ve got a vaguely interesting shot framed and b) you have enough light from ground, city, streetlights, whatever to give some context to your shot.

Now what? Now, you wait.

If it’s a doozy of a storm, you’ll find that flashes are happening every couple of minutes. The direction of intense action will change, of course, as the clouds blow around, so follow it closely…

And try. Keep trying. If you take 20 second exposures, about a couple of minutes after the last big flash, you’re going to get lucky before very long. And you can take the shots almost back-to-back, so with only ten presses, you’re covering a lot of likely lightning moments.

Then you get a hit: fantastic! Have a look. Chances are you’ll need to do some correcting. Maybe the light is so intense that you’ve just got one big streaked mess in the frame. Maybe the bounce from the clouds has lit up the ground way too much, so it’s not convincing at all. Adjust. Choke the shot down with a lower ISO, or tighter aperture, or faster shutter, if you need to. 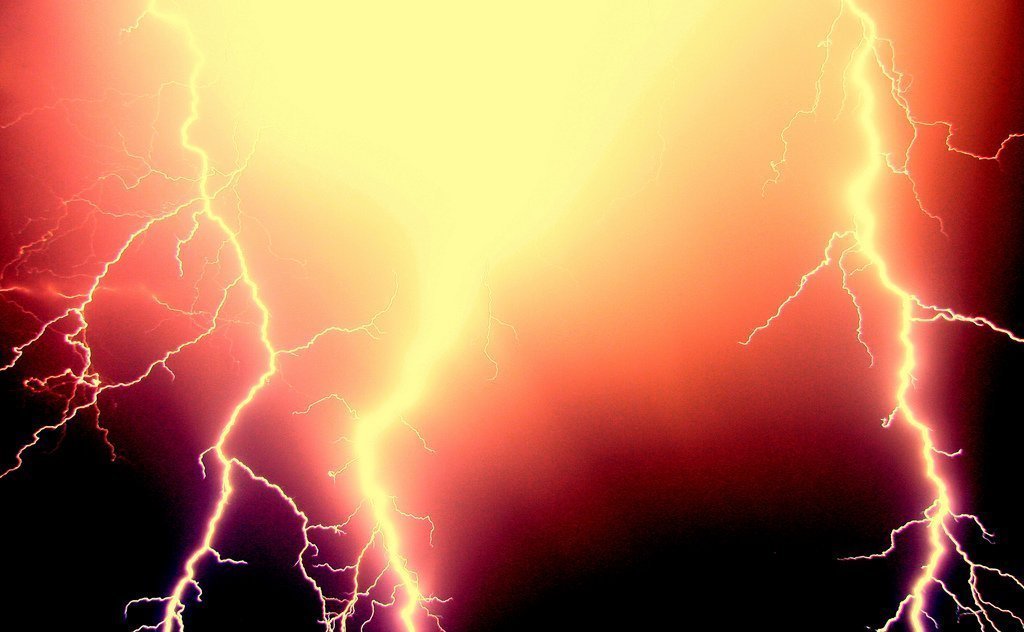 Build your spidey sense for the next strike

And as you try again, you may find a weird sense developing of when the next strike will come – maybe a tingle, a scent on the air, a feeling of the tension building – and go with that. You’ll find you’re better than you think at predicting it.

That’s it: shoot in RAW, so you can fix things like white balance and exposure details afterwards, and shoot often.

Remember that it isn’t always the strike that makes a great picture: the clouds do some pretty freaky things too – so watch out for those… 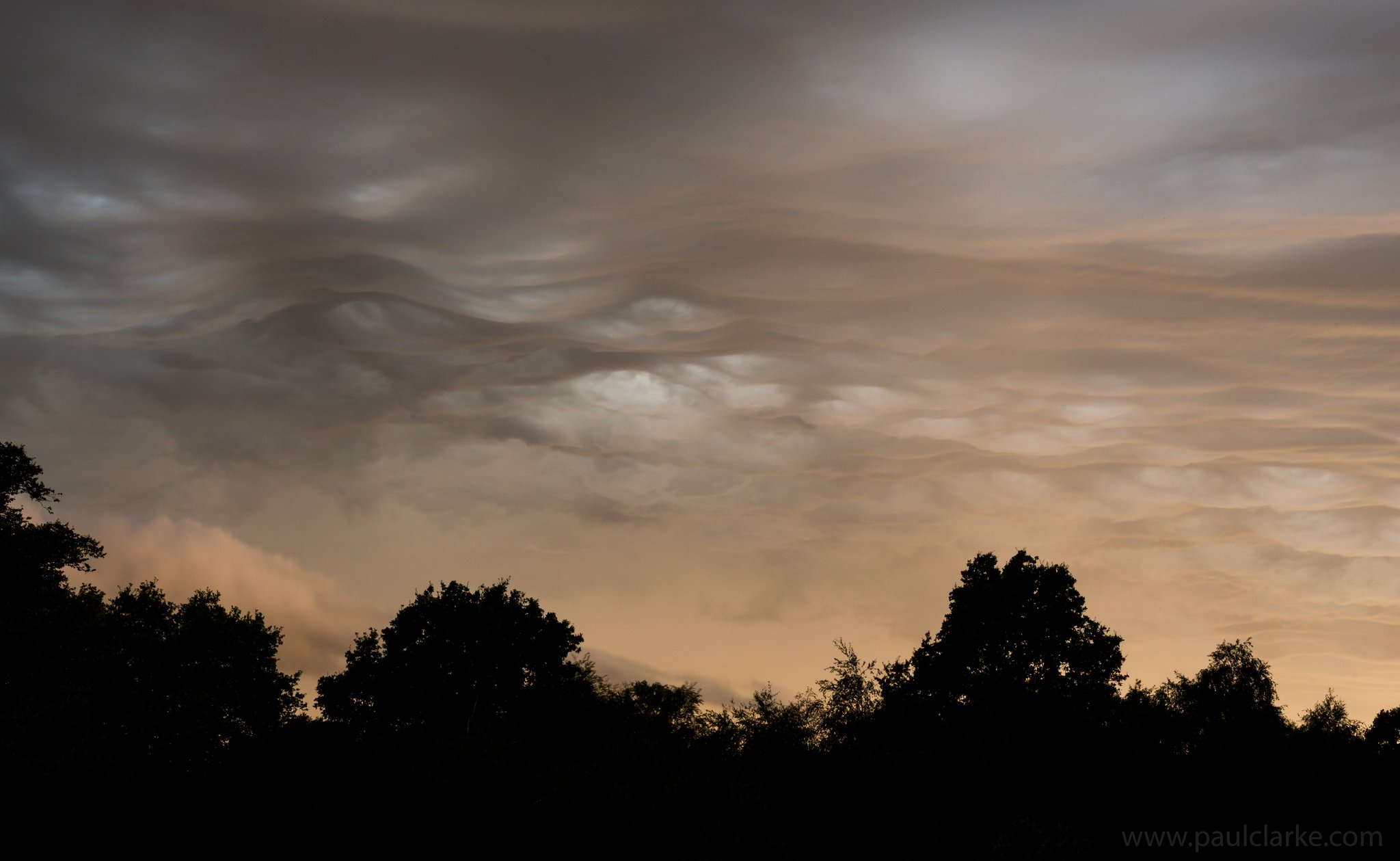 And if all that’s too much for you, just head for Cheat Method #3: nick a picture off the internet of a massive tropical storm over a beach in Venezuela and tell everyone it’s Brighton. They’ll probably believe you. If it’s a big enough storm everyone’s too shaken up to check until it’s too late… 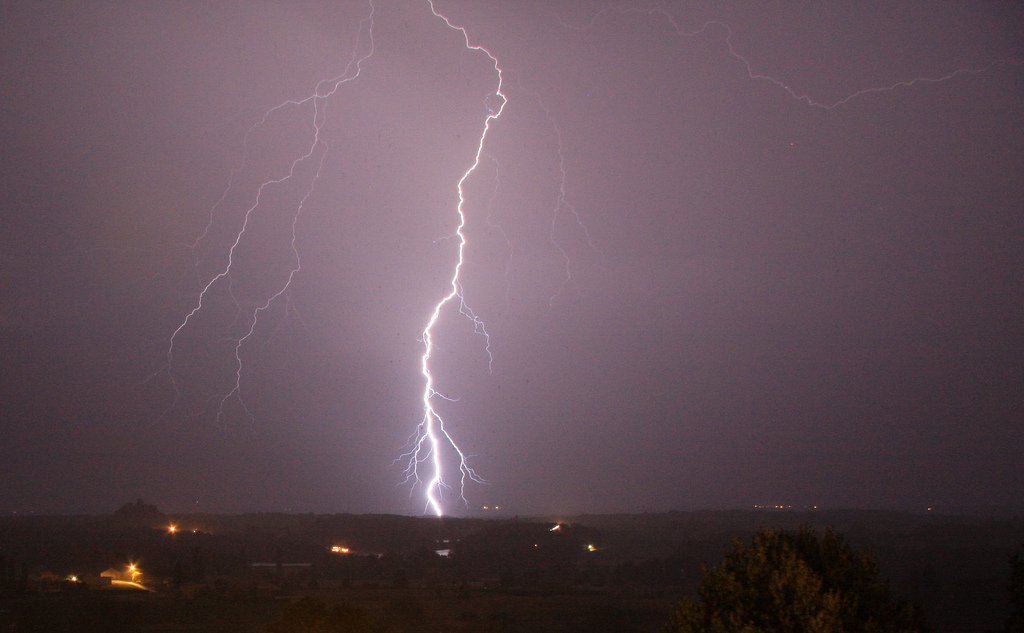