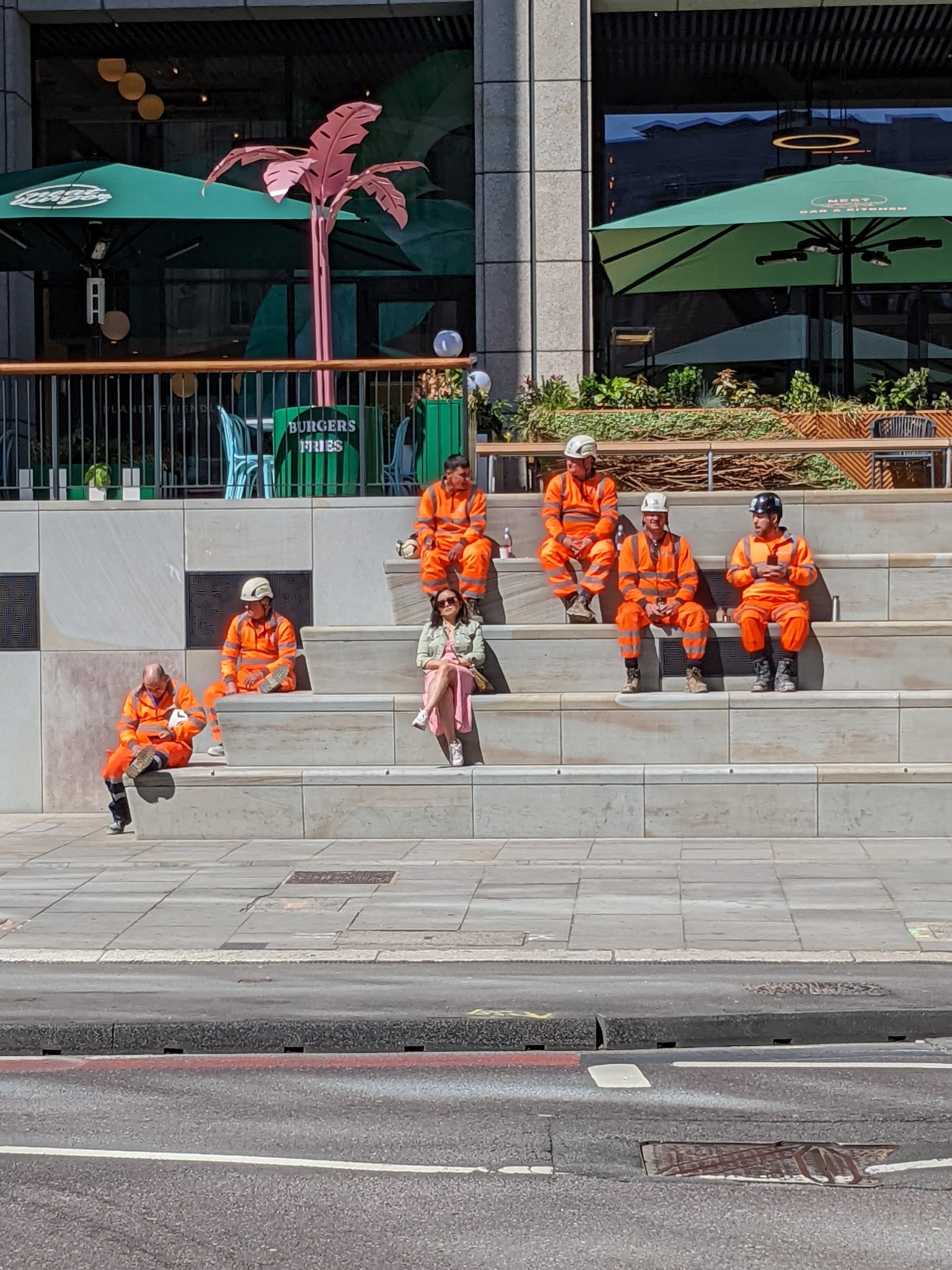 I said I’d have a go at an answer, but do I need to spell out all the caveats? We all see things differently. That’s a given. I can no more define what you’d think of as great art, than I could wisdom, or courage. But I can probably point to some of the ingredients that work for me about a picture.

I take, and edit, a lot of them. Hundreds a day, usually. I have some pretty clear thoughts on what I like to see in mine – some of the factors that mean they’re appreciated, or perhaps even better, sell.

So what do I see here? Firstly, before I even get into the contents, I’m looking at the aspect ratio. Otherwise known as the ratio of width to height of the overall photo. This one is a 3:4 ‘portrait’ (taller than it is wide). A lot of consumer cameras and phones have this as their default. While it can look a bit fat to my eye in landscape mode (wider than it is tall) – my camera, like most in the 35mm class, has a 3:2 ratio – it’s nice and balanced in this vertical orientation. I often crop my ‘portrait’ photos to 3:4 as I find them easier on the eye.

The aspect ratio is just the starting point of composition. And it’s in composition that we really get into “what’s going on with this photo”. I lean a lot in my work on some principles of composition that you’ll probably be familiar with, even if you don’t immediately recognise the term “Gestalt”. The Gestalt Theory of Perception, from which these derive, is an attempt to classify aesthetic appeal using some recurring themes. Basically it’s saying that we see (using our brains as much as our eyes) things as patterns, not just as individual components. And that there are some common features to those patterns.

I won’t attempt to list the theory in exhaustive detail, you can read plenty about it for yourself. But it includes things you’ll be very familiar with, like symmetry, reflection, contrast (not just in a photo style sense, but also in terms of colours, or even subject material). It talks about ‘closure’ – the idea that we are satisfied by seeing boundaries and a sense of completion of an image, but also the effect of ‘completion’ (and its countering ‘incompletion’ – most of these concepts work in more than one direction!) – what if everything is not obviously explained or shown? – what if we are intrigued by a group of people staring at horror in something outside the frame, that they are seeing, but we can only guess at?

These are linked to concepts such as continuity and proximity, to repetition, and to so much more. But you get the idea. Gestalt Theory is just a vocabulary that helps us to put names to some of the things that we just…like about a photo.

When I look at the components of Michael’s street scene, I see colours first. I see a pink that’s repeated three times: in the tree, the skirt and the red route road markings bleached as they are by strong sunlight. The orange, of course, that’s similar in saturation, or at least in the area of colour palette, to that pink. The greens: plants, planters and canopies, giving a sense of horizontal continuity linked by colour, but also revealing a simplicity of palette overall. There really aren’t that many colours in this photo, and that simplicity itself – that freedom from visual clutter – is a huge factor in making a photo appealing.

And the elements themselves? The repetition again of the men in orange jackets, so uniform, yet all individuals. Plenty of contrasts: the solitude of the woman set against the comradeship of the men. The geometry: the suggestion of an arch around the woman as central subject. It’s almost symmetrical. You might arrange a group like that for visual appeal, but this is found, and beautiful. The (lack of) completion of compositional neatness. Although the men have naturally divided into pairs (an interesting subdivision of the orange arch) their distribution isn’t perfect. They’re not in perfect balance, though close to it. Maybe we think about the pair on the left, who are on separate levels? What are we thinking about their interaction with each other?

Also on geometry, we see that the photo has three vertically-stacked zones to it. The top third is darkness/green, the lower third is the grey of pavement and road, and the central third has the people. It’s a very fulfilling layout. You might see other things: at a purely structural level, the relationship between the parallel horizontals of manufactured steps, pavement and road, with the organic curve of the human arch. You might see other things, or go off in completely different directions. You might think about time, and stillness. About work and rest. You might think about symbolism, or popular culture: is there maybe something a bit Squid Game about those colours and uniforms? Who’s wearing a hat, and why are the hats different?

EDIT: Tim Jones on Twitter has found a superb visual forebear to this composition.

There’s a lot here to look at. But perhaps most importantly, this photo is one that encourages us to do that looking, and to ask those questions.

To what extent any of this might be shown by accident, or by design, doesn’t really matter. The photo is the photo, as I was taught in my very first lesson. Though we can find stories in it, we can’t impose stories on it, or rely on supporting context or narrative to ‘improve’ it.

As photographers, we tune ourselves to see these components. My work is all about the real-time; live events, fast-moving portraiture, and even when in a studio, I’m constantly playing around with shape and form rather than aiming solely for a specific art direction that’s been decided long in advance.

It’s a life of the perpetual ‘now’ and I couldn’t be more grateful for it.

Lovely picture, Michael – and thank you for asking the question.