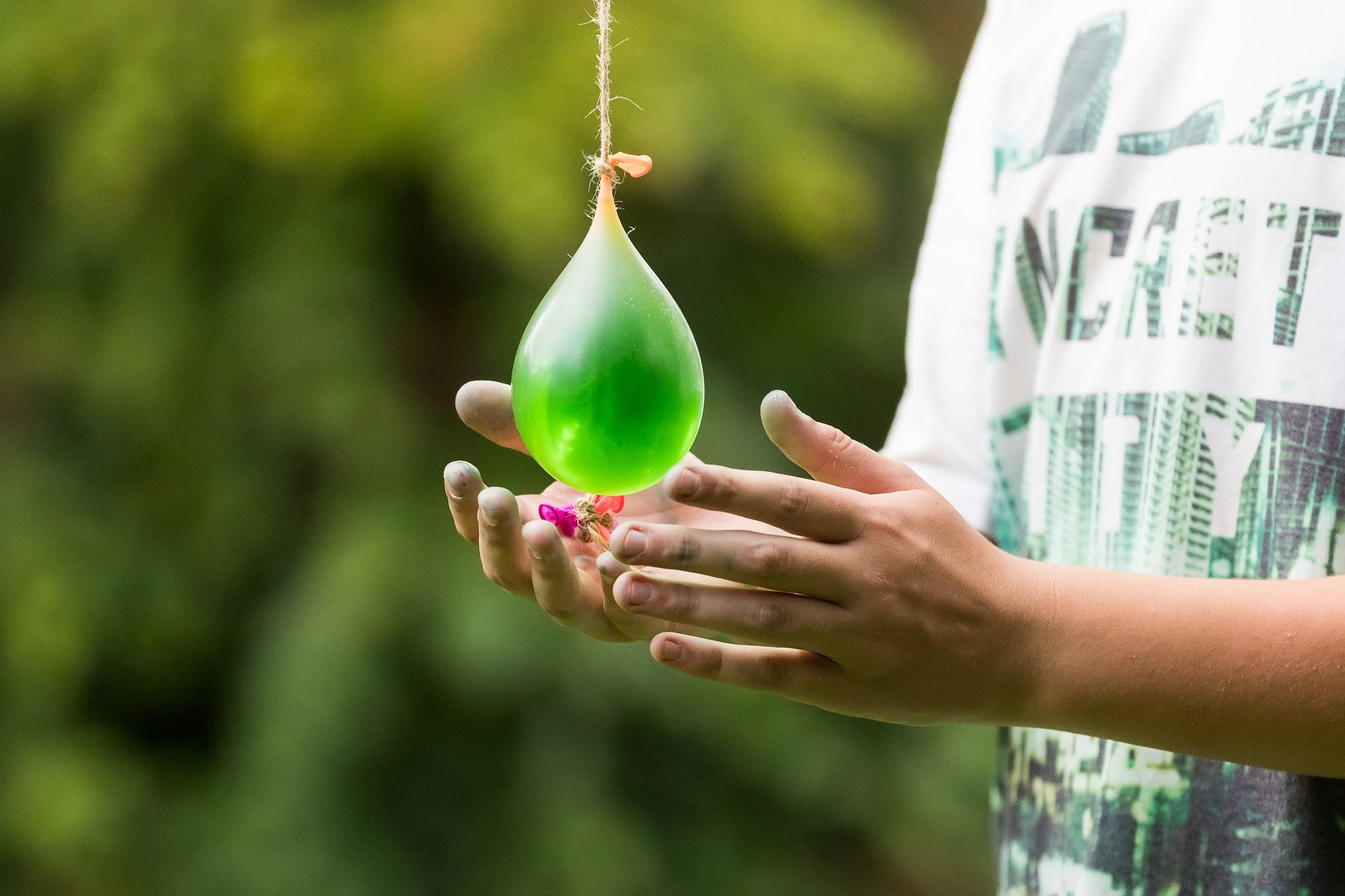 We went out for a practice this morning with an airsoft sniper rifle, just at the moment that the youngest decided to get some water bombs ready. And I had some tasty camera equipment nearby. A perfect combination.

Off we went to work. Target abandoned for a while in favour of hanging water balloons from the washing line, and shooting at them.

There’s no magic here; just some luck, and maybe a few tips that might be useful.

The camera: Canon 1DX Mk2, at its fastest shutter drive speed of 14 frames per second. The lens: a big old beast of a 200-400mm zoom, mostly set around 300mm. Aperture: wide as possible, for fastest shooting – f/4. And shutter speed – well that involved a bit of experimentation.

I thought 1/2000s would be pretty fast, and good for freezing the water into interesting shapes. (I spend most of my life in an event world where 1/30s is quite normal, or a portrait world where 1/160s is often the order of the day). But the 1/2000, while quite interesting, didn’t have the impact I was after. 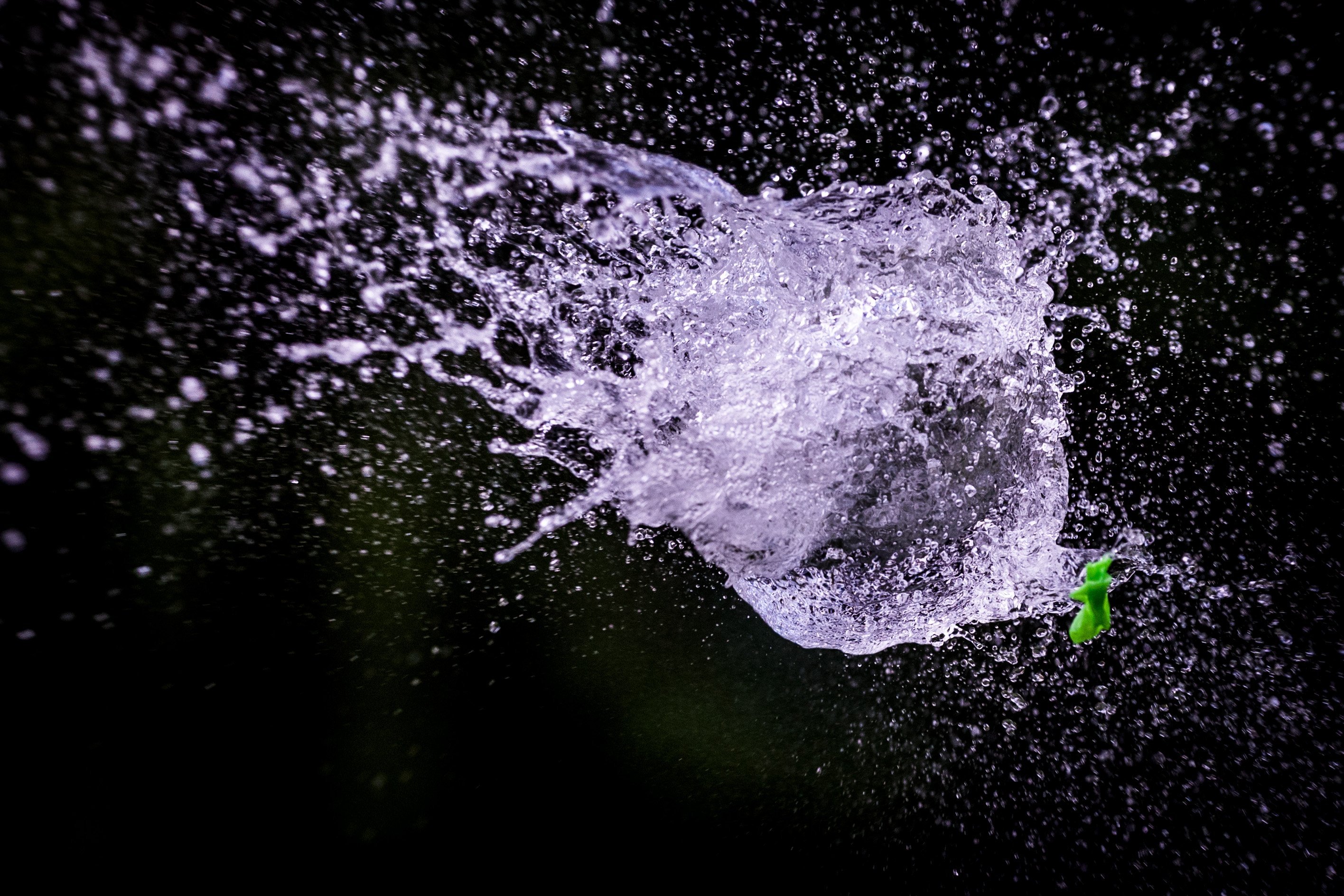 There’s a lot of blur there – and most of that is coming from the sheer speed of the water releasing from the shattered balloon. So increasing the shutter to 1/6400s made things a lot better. (That meant the ISO going up to a pretty high 1600 – from 640 – even on a sunny day outdoors. Fortunately with this camera and subject matter, high ISO noise is going to be pretty much unnoticeable.) 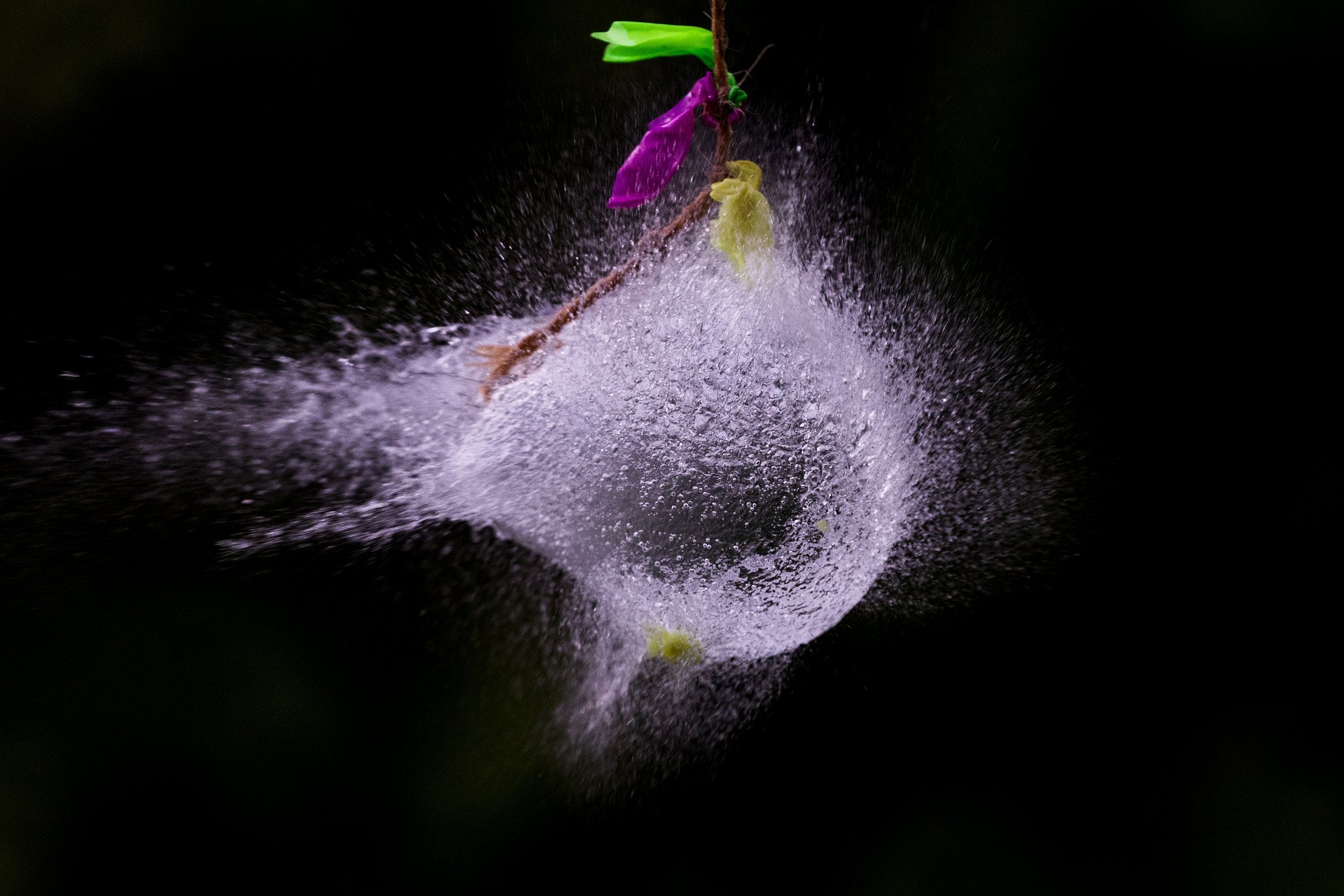 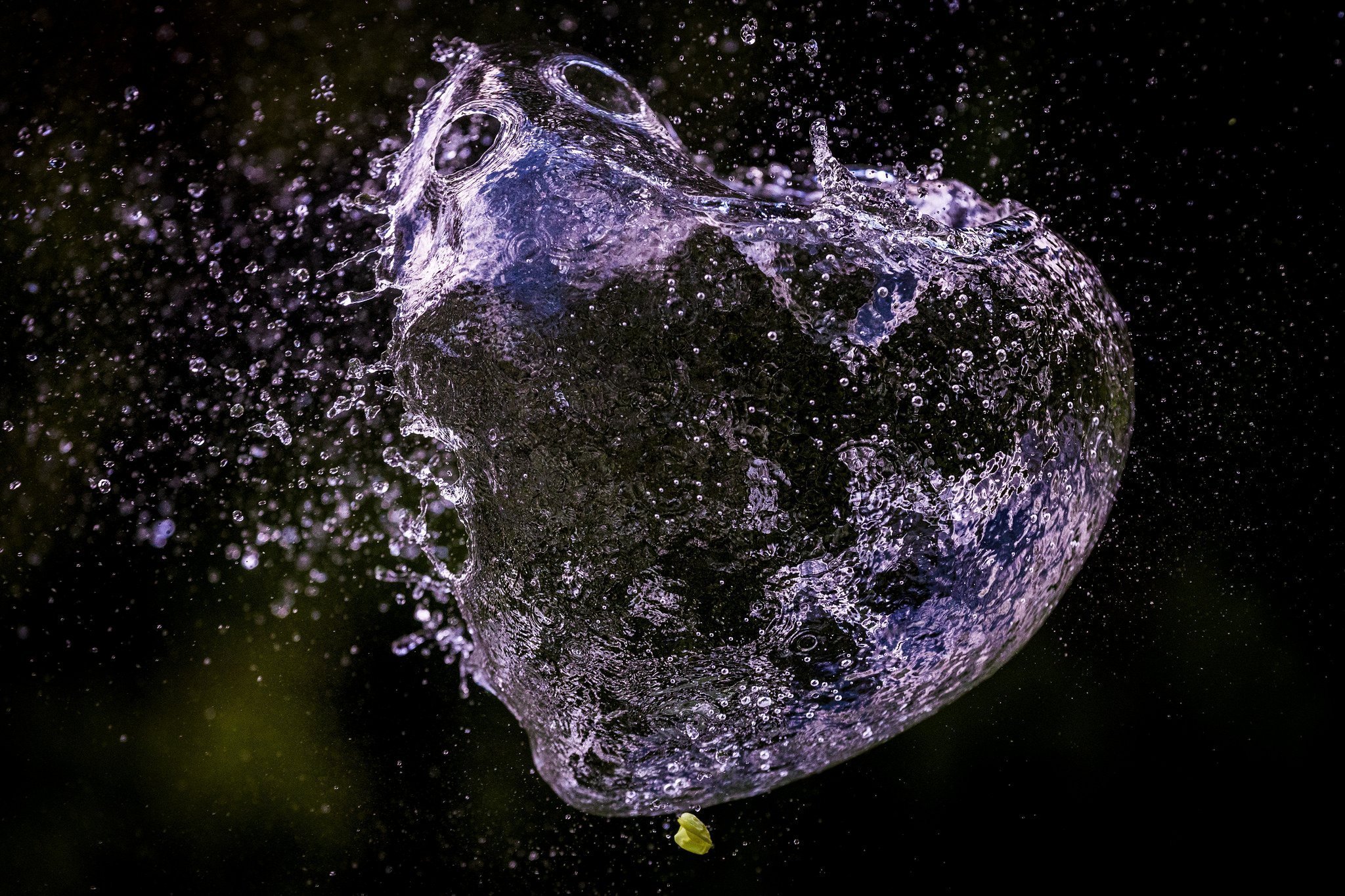 One striking thing about the pictures is that contrast against a dark background. Although the sun wasn’t falling directly on the balloon, there was enough brightness from the sky to set it off well against the bushes in the distance. As the background is shadowed from the sky, it goes almost completely black.

Then there’s the matter of a bit of luck. That BB pellet is travelling at somewhere between 300 and 400 feet per second. So in these next two (with a slightly slower shutter, of 1/4000s) the pellet is travelling about an inch while the shutter is open. Which broadly fits with the photographic evidence. However, at only 14 frames per second, the chances of one of those frames showing the pellet just penetrating the balloon, before the latex has had time to retract, are pretty small. Hence the bit of luck – as we got it within four attempts. 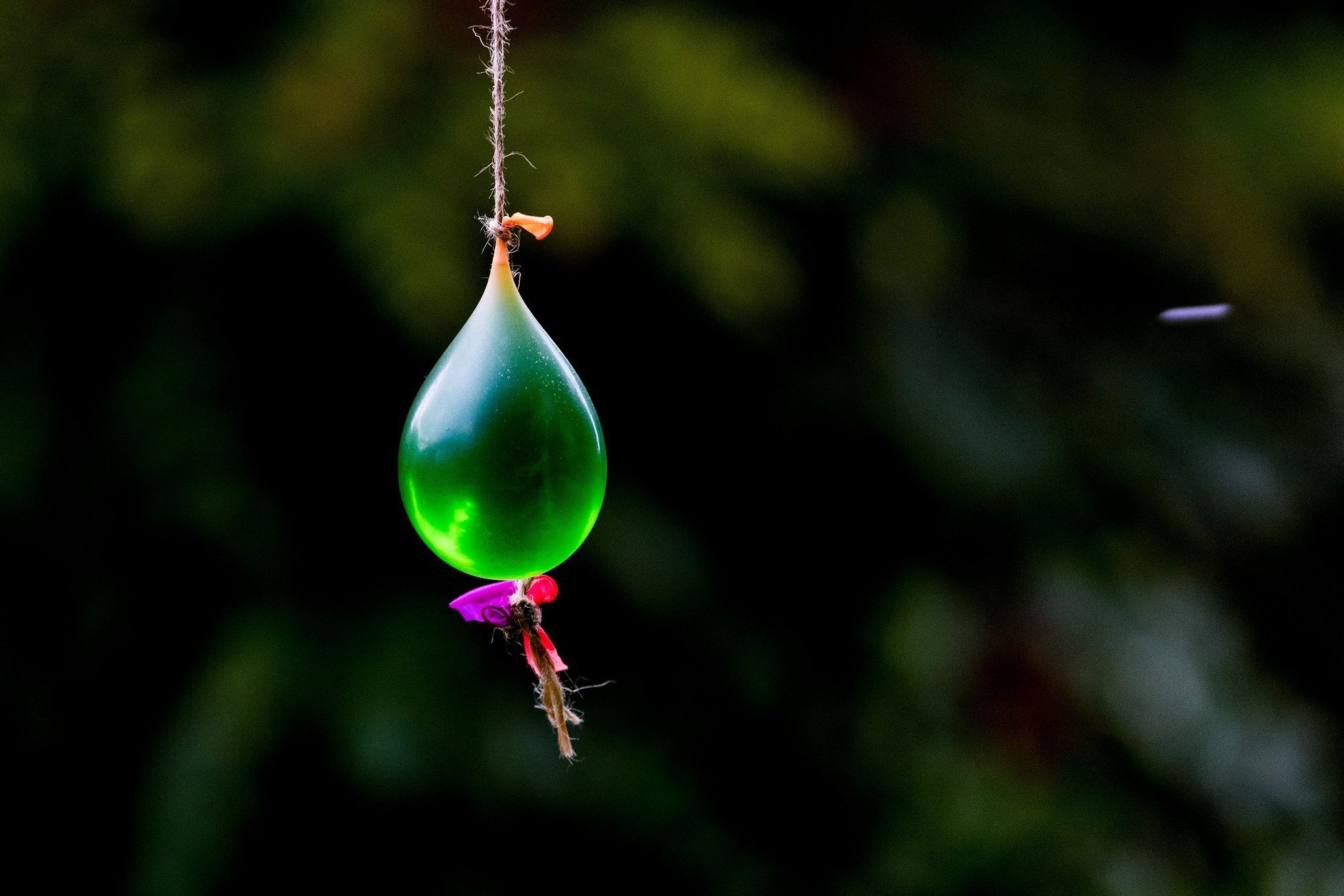 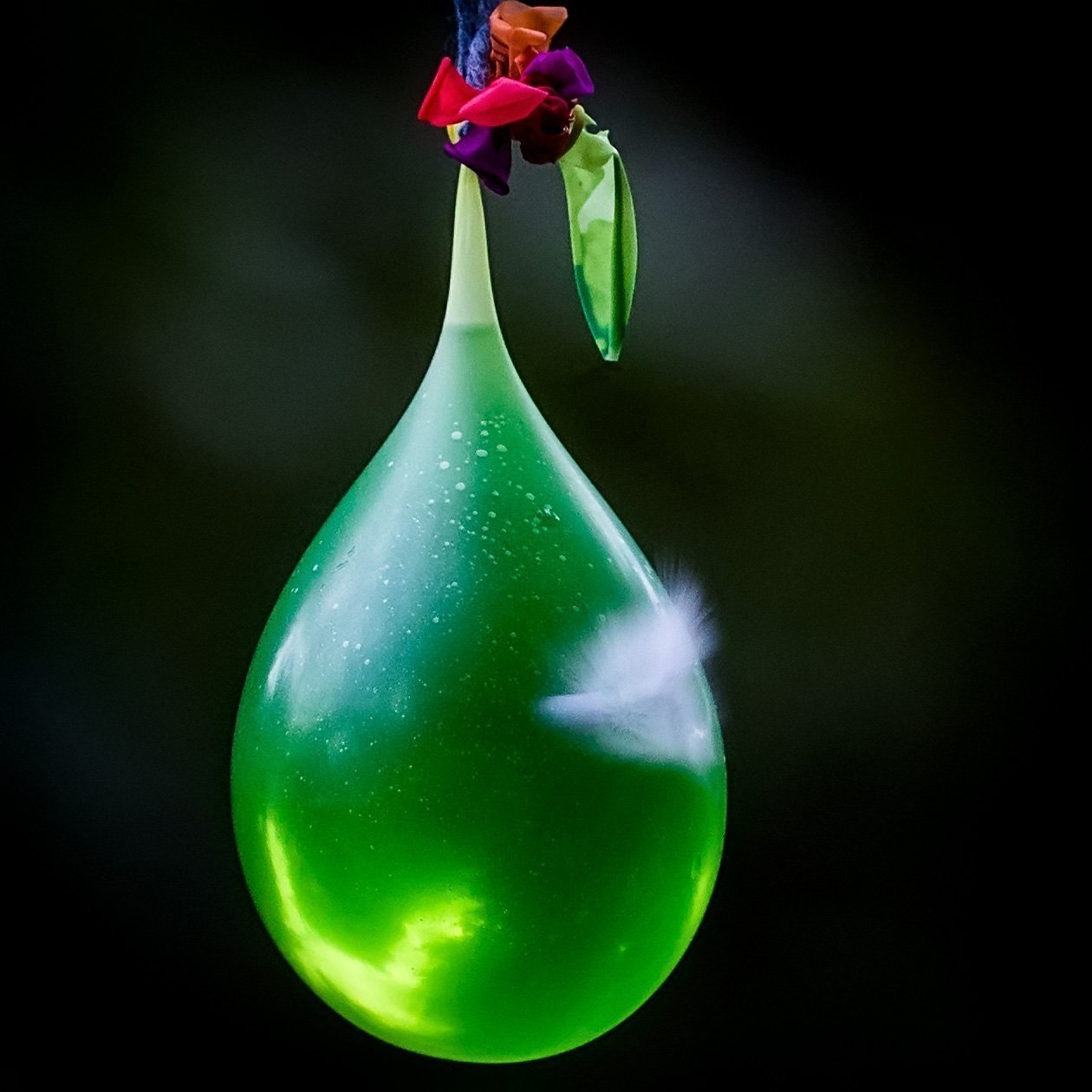 Spurred on by a handy tweet from Paul A, we added food colouring for a bit more visual entertainment. 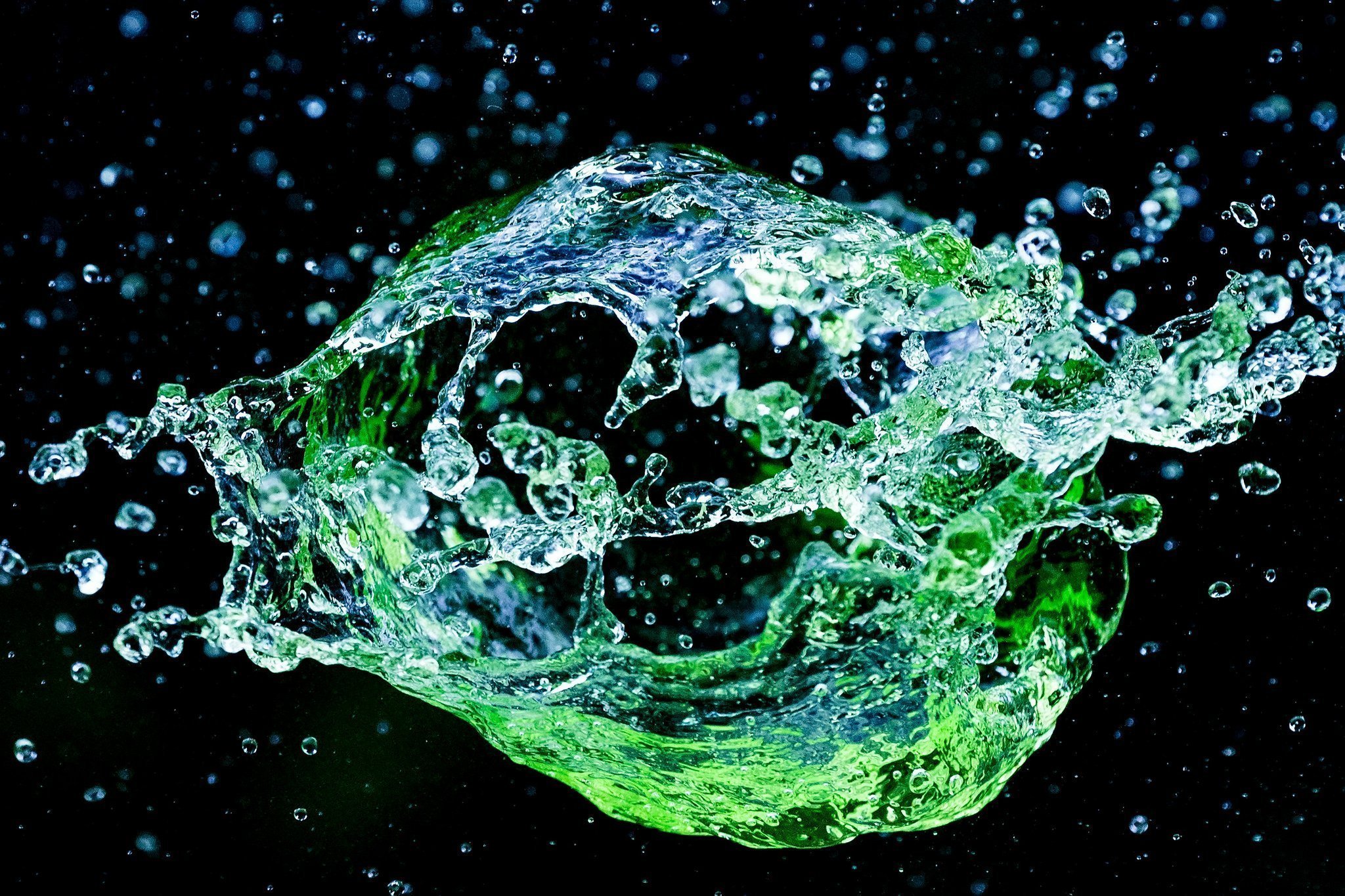 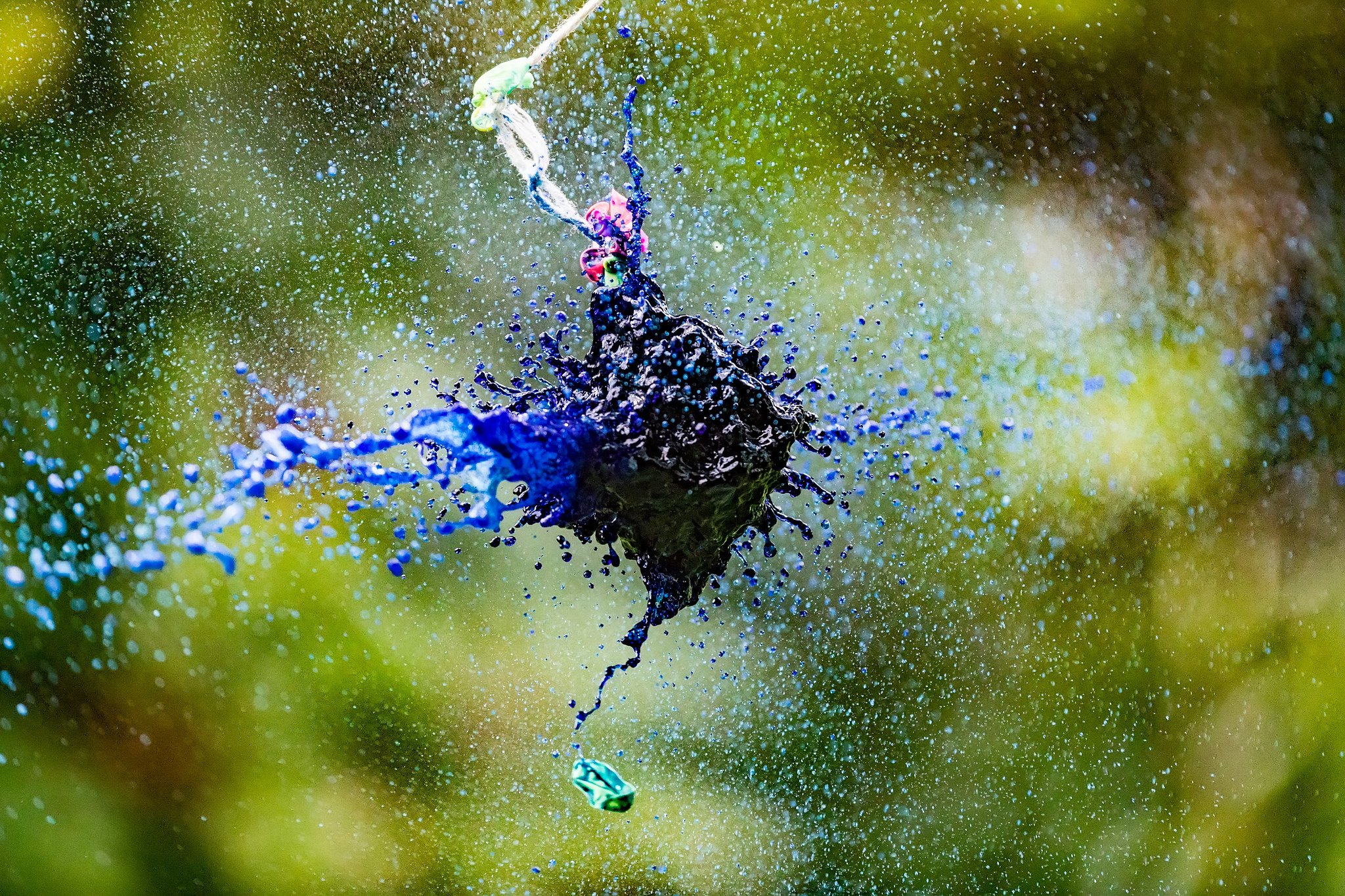 The dark colouring didn’t work so well – at first. The contents were so dark that it took some fairly abusive exposure correction in post (brightening it by over 3 stops!) but again, the nature of the subject meant that the resulting noise wasn’t noticeable enough to cause any problems.

And for the last one – well, if you’re making abstract art there are no rules – so I rotated the frame to make a jellyfish. 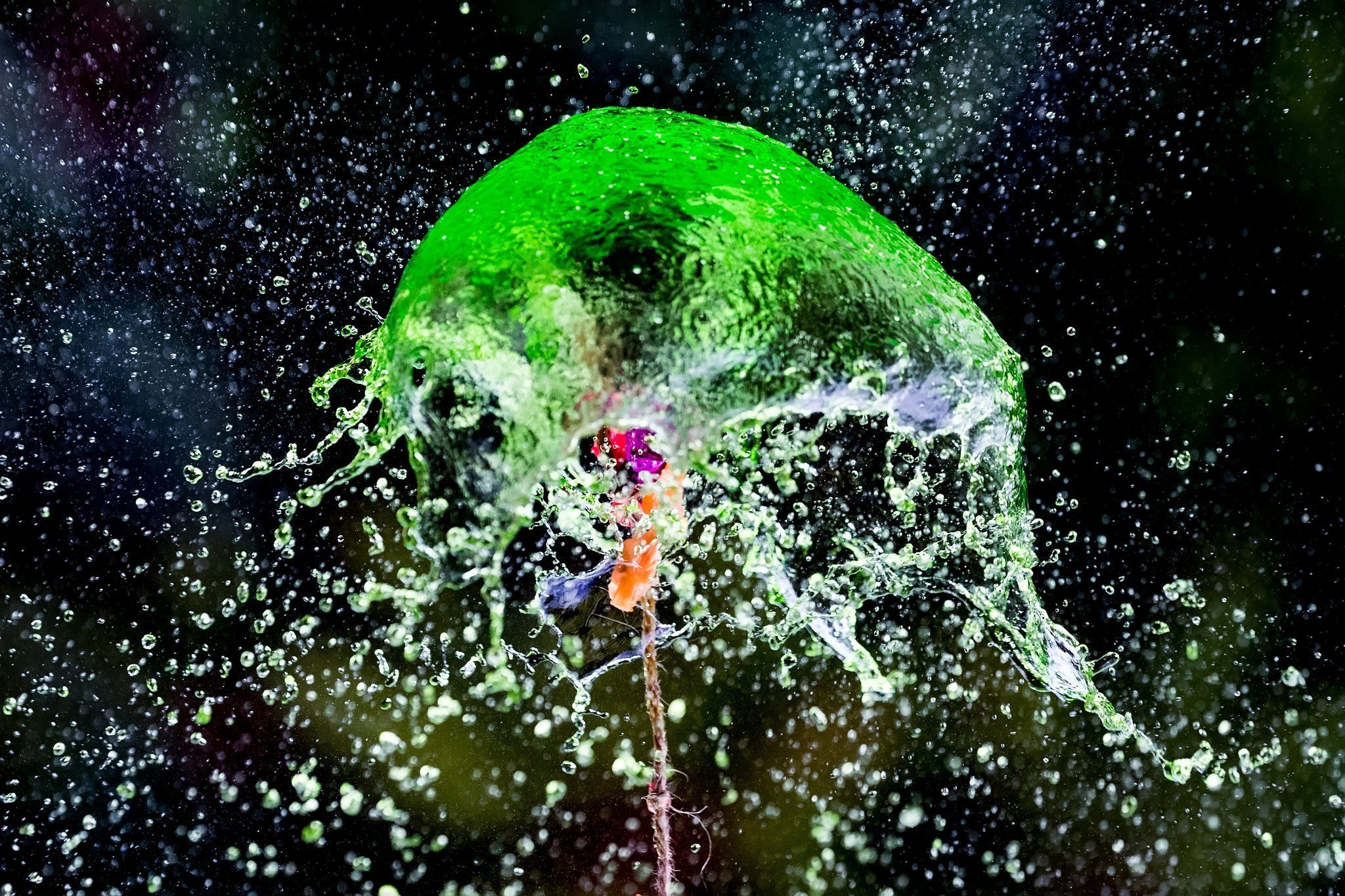 For the next attempts, we’ll try setting up a high frequency strobe light, and a trigger of some sort. But this quick selection (and a few more here) shows that you don’t need much in the way of an elaborate set-up to make something quite striking.

(If you are going to get anywhere near something that’s being shot, though, remember the eye protection…please.)

2 thoughts on “Moment of impact”