If you’ve left your social media alone for the Easter hols, you might just have missed this fascinating tale of the guys who crept and leapt their way to the top of the Shard and took some unbelievably good photos.

There’s a certain skeptical mind that sees stories like this and begins to ask questions. Not “was it all faked?” questions. Not at first. But the more mundane ones. When did this happen? How did they get those shots? What kit did they use? And these then prompt further ones like: if it didn’t happen recently, why hold off telling the story until now? And do the details given in the story check out–was the site actually accessible they way they describe it?–was it credible that such a complex site, so close to the City of London, could possibly be that lightly protected? Were there no intruder detection or other observation systems? Just one, lonely, bored guard?

We can’t answer all these straight away–not without some inside knowledge of the Shard’s geography and security–but we can take a closer look.

Firstly, there are two accounts of this story circulating. Placehacking and Silentuk. The pictures are similar (though not identical), but the stories aren’t quite. Placehacking describes three guys doing a quick in-and-out, attracting no attention, and neatly circumventing the one security guard who was more interested in his TV than his CCTV. Silentuk tells of several groups convening to attempt the “exploration”; with at least one explorer being apprehended. And this didn’t trigger any further attention to monitoring systems? But let’s keep going with those basic questions…

So, when did this exploration actually take place? The post(s) skim over this. It wasn’t that recent, it would seem. The shot of the Shard from the ground shows the glass and steel cladding barely two-thirds of the way up the concrete core. It’s now pretty much at the top. So, a while back. The Silentuk post says the trigger was the newspaper coverage of the core topping out. Well, that was back in December 2010. Both accounts talk of a crisp, cold night (and the pics do look wintry).

To get a more accurate answer, remember that digital cameras do more than just make images. They decorate those images with metadata that tell a rich and detailed story about how, when and sometimes even where, a picture was taken. The metadata on the Silentuk images has been stripped away. But the Placehacking photos are more fruitful.

And we can find out some interesting things… The first image I looked at yields some helpful metadata goodies.

The date, for starters–and it’s not recent. At all. It’s 31 Jan 2011. Over 14 months ago. The timestamp is 2.15 in the morning. Well, that does check out with the topping out story, and the account of the timing in the early hours. But what else do we see? That the image was shot with a Nikon D90, serial no. 3119164, and the snapper has done the very professional thing of putting his name (and copyright assertions) into the metadata as well. So this is credited to one Bradley L. Garrett, of ████, ████████████ [Full geographical address redacted at photographer’s request]. Oh, and you can reach him on 951-███-████. Or by email at… etc, etc. Spooky, huh?

But that checks out, doesn’t it? Bradley is named as the author of the Placehacking post. And if you put that serial number into this little utility you find other pictures on the Internet that it’s taken. And as they tend towards the aerial, I’m happy to believe that Bradley’s Nikon was put to good use. Or else a great deal of attention to detail has been put in to add this “credible” metadata to some bodged together pics.

Now the Silentuk post is written by (or at least the comments this evening are appearing under the byline of) “Otter”. But that’s ok, because Google seems happy that Bradley and Otter have been associated before in reports of other exploration missions. And Otter is using his own camera, a Canon 550D, which explains the difference in metadata, and indeed image quality.

What about that lovely gigapixel image (the huge panorama) on the Silentuk post though? As with all the Silentuk versions of the images, the metadata is largely blank. This isn’t dodgy, as many normal things that happen during editing and format conversion can strip out metadata. But it does have a “created date”. Of 10 Jan 2011. Three weeks before the likely date of this adventure. Interestingly, another of the Silentuk shots has a created date of 1 Jan 2011, at 2.27am. How do we account for that?

Enough of the metadata, what of the images? I’ll focus on the D90 ones.

The first thing that caught my eye was the deep field of focus, especially on shots like that self-portrait mentioned above. The guy’s face is (reasonably) sharp; and so is the city behind. The second thing that’s immediately obvious is just how much light has been captured from the city below in lots of the images. Things like the highly luminescent reflections on the river, and the “starbursting” of some of the lights suggest that these weren’t particularly wide aperture (but we’ll check this in the metadata again in a moment).

What the images do suggest is long exposures. Really quite long. So back to the metadata–and there it is: a moderate/tight aperture (f/8.0), a high quality, low sensitivity ISO setting (125) and a whacking great FIFTEEN SECONDS of open shutter. Yes, that all makes sense. But to get the subject’s face that sharp; held still for 15 seconds? In the reported windy conditions? Judge for yourself. Try taking a 15 second exposure of a friend holding their head still (even assuming you do fix the camera steady and they’re not clinging to a ladder high in the sky in a howling wind with their muscles cramping).

And the exposure balance–between foreground and background? It’s beautifully done, no doubt about that. This image in particular impressed me. Really impressed me. To get that amount of foreground detail (a readable newspaper tucked in the cab!) as well as a superbly exposed city background–well, hats off to the photographer for that, and all the other great captures fired off in what he reports as a very short stay at the top.

UPDATE 0115 9 April: in a brilliant spot, KevFrost notes that the newspaper headline reads “Liverpool to report Chelsea…”, very likely to refer to this story from 29 Jan 2011. Of course, we all know from TV detective shows that placing (or planting?) a newspaper is a great way to set a date for a photo… ;-)

So, is it all real? Miraculous long exposures, steady despite the wind and cramped muscles? A big portfolio of images in a very short space of time? All perfectly possible–and evidence of great skill and daring. Security that didn’t seem that interested, even after apprehending an intruder? Maybe. But sitting on a story like this for fourteen months? I guess that’s the hardest part to swallow. What do you reckon?

Me? I prefer to keep my distance from the damn thing. Terrifying. Whoever went up there, whenever, and for how long, with a hand steady enough to produce anything at all, has my respect. 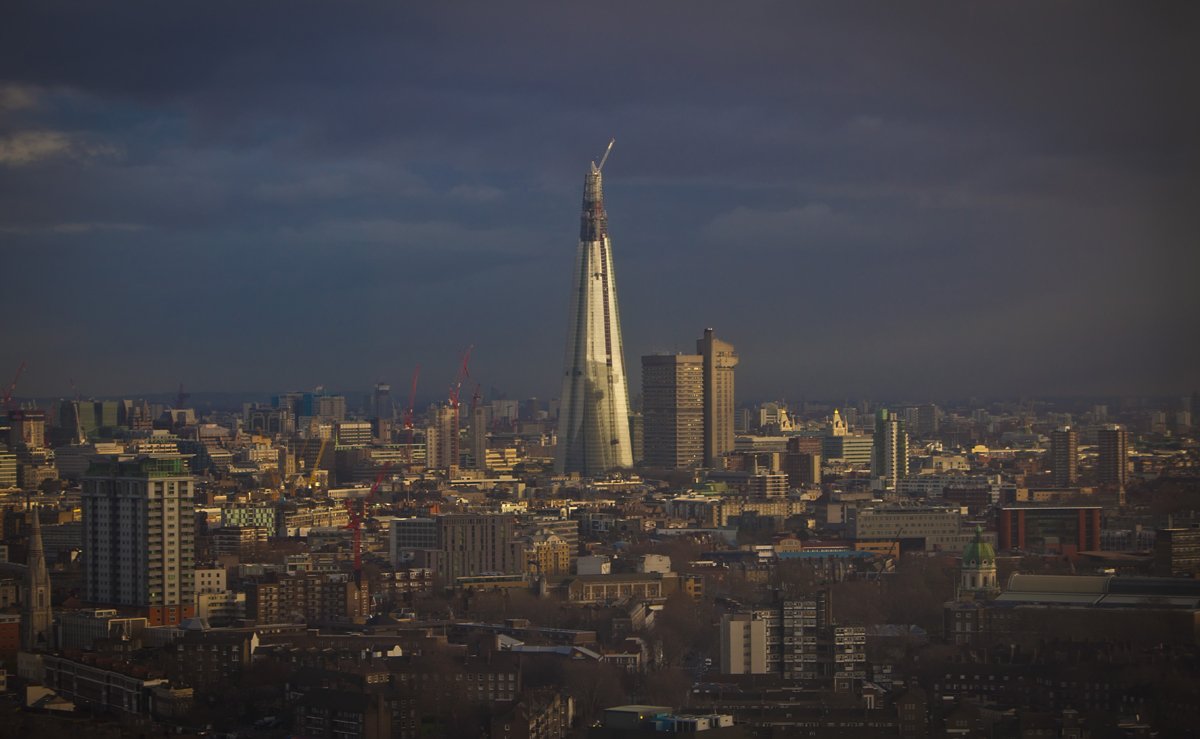 Big thanks to Dan for suggesting that spectacular pun as a title, even before I’d finished writing the post.