With a new parliament sitting, and big changes in its membership, it was clear that a new set of MP portraits was going to be needed.

Never an easy task, as I wrote last year. The art direction, though not to everybody’s taste, created a strong and recognisable brand. You knew an “official MP photo” when you saw one.

I wrote about why some of those styling decisions might have been made, and about the logistical, ethical and professional challenges of doing something like this.

So it was with some excitement that I saw last night that the new batch of portraits had been released. This was the one that I saw first: 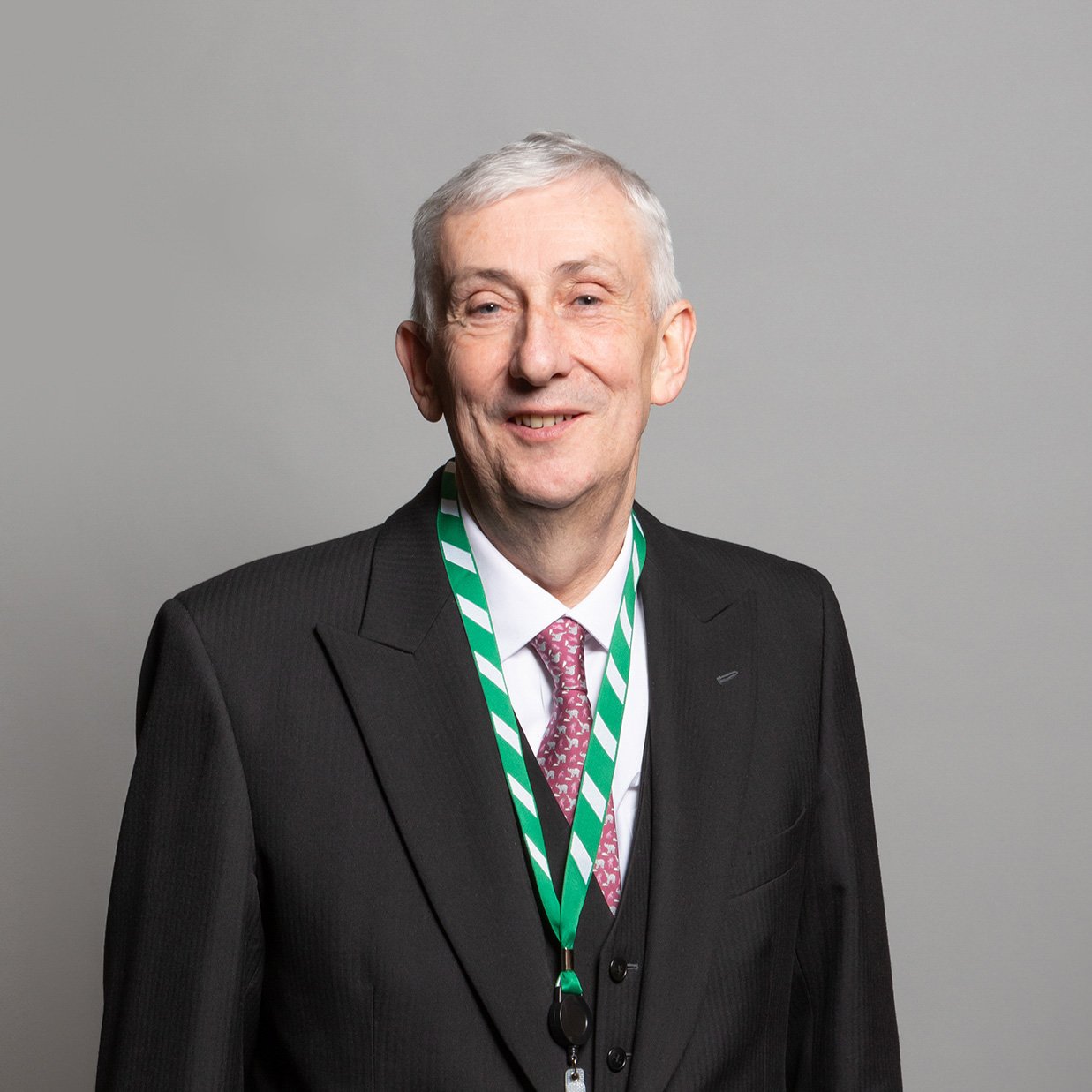 As any photographer will know; as any creative will know – no, as any human with any empathy will know – it’s pretty horrible to see your work criticised. And I stress again that although it’s a perennial temptation to blame the person who presses the shutter for the results, with a project like this there are a lot of hands and eyes involved. The moment of capture is one thing; the design, set-up, handling of the portrait’s subject, editing and the sign-off for public release involve many more people.

And in this official portrait of the 158th Speaker of the House of Commons, Sir Lindsay Hoyle is wearing his office pass on a lanyard round his neck. A bright, green, stripy lanyard at that.

There are few cast-iron rules of corporate photography, but it’s nearly universally accepted that taking off ‘clutter’ is a good idea. And asking subjects to remove their security passes is just what you do. Immediately.

Perhaps he didn’t want to? Perhaps he refused point blank and threatened to make a scene. Unlikely – but even when something like this happens (and it’s happened to me) there are ways in. “Can we ensure consistency across all Members please sir?” and “It’s not generally good security practice to include pictures of passes in public photos” (though they did at least blur out the detail in the edit) are good lines to take.

Or even, “Very glad to see you keeping up standards sir by adopting full morning dress in contrast to the oh-so-cheeky ways of that scamp who preceded you, but I suspect that not in Erskine May nor in any other manual of Parliamentary procedure will you find reference to a necklace that looks to be modelled on that famous chewable sweet, the Pacer, lamented lost child of 1970s confectionery that it is. Would you mind slipping it off for ten seconds while we do the picture? Sir.”

When I wrote about these pictures before I noted two important points: that there seemed to be little or no budget for editing, and that retouching pictures of public figures is a bloody minefield. Which is a shame, as even with a very rough edit to make the point, I transformed the photo above into this: 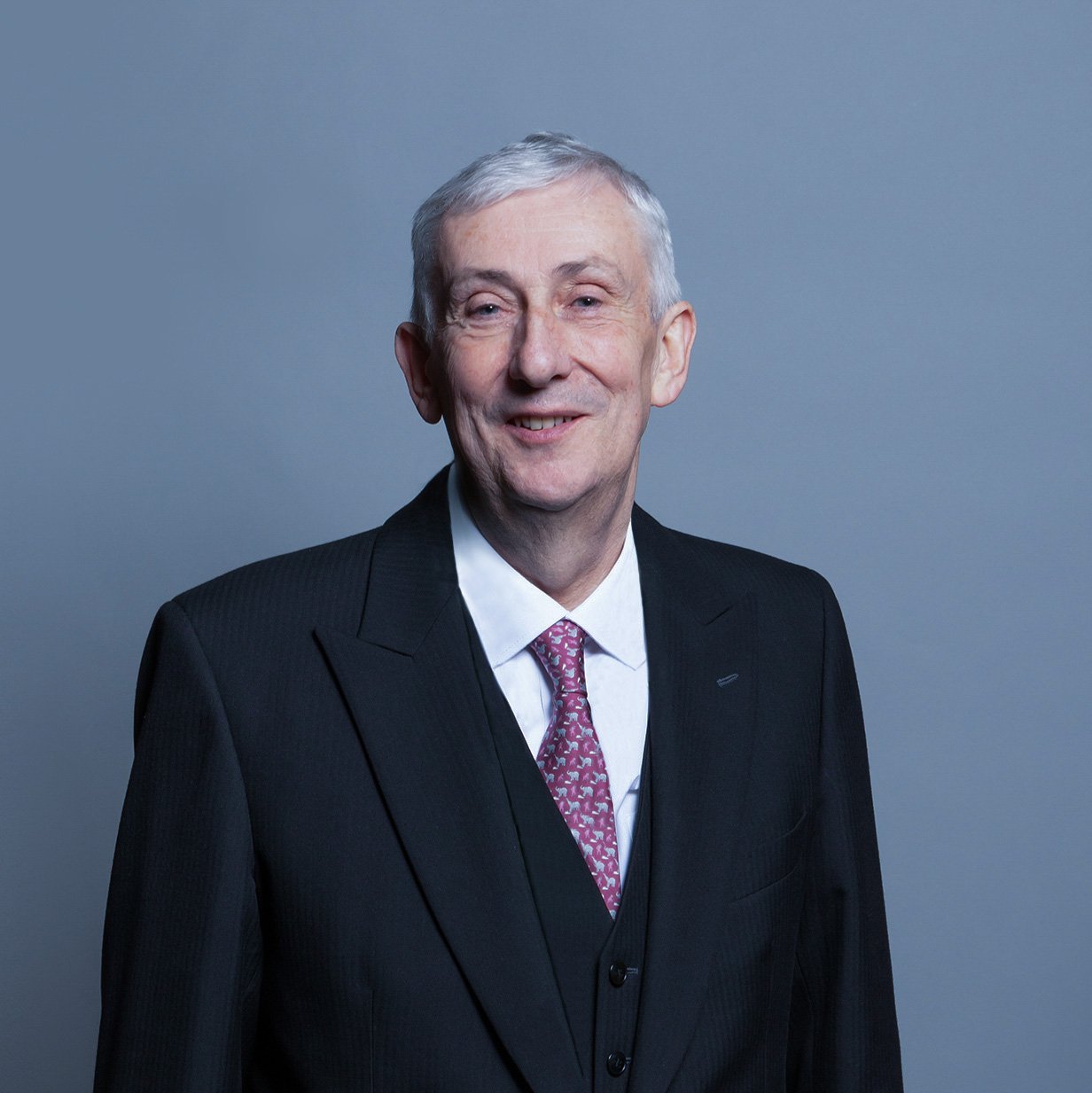 Same photo. Just removing the lanyard and giving the colours a sense of continuity with the previous set.

No. Budget. For. Editing. And (though I haven’t got the answer yet, but I’ll ask) I suspect they were done on a similar budget (<£20 per head) for photography. When you think about the exposure that these photos get, millions of impressions in every sort of media, does less than the price of a curry that lasts about ten minutes seem like a proportionate and sensible investment in something that's supposed to last for years? I’m going with ‘no’ on this one. Not because I am a greedy corporate photographer, but because it’s obvious. I can’t think of many of my clients who’d agree to do something like this on such a budget, and with no provision for editing. Ah but it’s politicians, innit? The one group of people that we can kick until they bleed, to resounding cheers. Any money spent on them is wasted, innit?

And heaven help any of them if they were edited and the before and afters came to light. “Roly poly lawmakers shed the jowls in Photoshop!” “Shifty MPs mop up their sweat with the cloning brush” “You wouldn’t BELIEVE what Mark Francois really looks like”. And even in this case, “Bungling Speaker’s face saved after security breach in vanity shoot”.

A tough, tough gig. But I’d still like a crack at it one day. I do hope I get to see the tender for the next round.

Licensing and attribution: Original work and derivative (colour adjusted, with cosmetic edits to remove lanyard) of original work by Richard Townshend, made available for download, and used under Attribution 3.0 Unported (CC BY 3.0) licensing. The derivative work is not made available for reuse; there is no “share-alike” requirement to do so and its reuse would go beyond the objectives of this post.