I’d never thought of myself as gullible. Quite the reverse, to be honest. Master of the Snopes. Debunker of the flimsy tale. And all that.

Not quite so much now, though.

The story started one Sunday last November. An email from an event company in the Middle East, asking if I could cover a London exhibition & conference they were organising for a client – for a whole week in December.

A whole week in December?? But so many things already booked in – what were they thinking? Could I? Could I possibly?

It’s a dark secret of the events industry really, that so often the photography is a very late piece slotted into place. This one was, what, just over 2 weeks away? I’d had worse, and still managed to make everything work just fine.

Using some spare capacity across the team, moving some things that could be moved, booking travel back from an overnight job in Paris obscenely early to be on the first Eurostar and get in for the call time… Yes, I could do it! Hurrah.

My head deep in client-pleasing mode, and obviously already counting the windfall of five full day rates just before Christmas, I was already being suckered in…

Some things made lots of sense – the language, though imperfect in its English, was like so many similar approaches. The venue was real enough, and one I’d worked in before, and I gleefully sent my new friend in Dubai a link to those photos, along with a quotation note for 5 days shooting.

You need something to really pin the mark down in a con – something to clinch things. I’ve seen enough Hustle to know this almost always involves an appeal to greed. But I couldn’t see it now. And there it was – they only wanted 5 hours a day of coverage – 10 to 3. A bit weird, that, but hey, I was quoting full day rates. Even given generous provision for set-up and pack-down time, this was going to be a relatively light workload for a tasty paycheck. I was IN!

“Just what we’re looking for” – came the swift reply – “can we book you? In fact, we’re so keen to get everything confirmed now we’ve found you, with your wonderful experience of that venue, that we’d like you to invoice us now, in full, for the work.”

This gets better, I thought. I tapped the name of the events company into Google, just out of interest to see where they were. Got a few links with very similar names (variations on “Emirates”, “Events”, and “Agency”; couldn’t be bothered to look into all of them, so left it). I’d asked for a phone number, and they’d sent one – with the right country code – I checked. But I didn’t ring it.

Over the invoice went – they came straight back with a slightly unusual request – to add the address of the bank. Uh, that plays no part in a normal international money transfer, my brain didn’t whisper to me. They had the codes they needed, why this? – the little voice didn’t say.

So out goes a revised invoice – with the address. Then – all quiet.

Nothing so unusual in that – we’re up to our ears with everyone busy and lots happening. Towards the end of the week before The Event, I’m thinking that the money hasn’t come in yet. So I send a little note out to the agency, asking them very sweetly when it will arrive, and reminding them that if they’ve got admin delays, not to worry – I’ll still be there on the Monday, but obviously they’ll need to sort the finances side out before they get any pictures.

Nothing. And I’m getting a heavy feeling over that weekend. But I tell myself that the weekends are different out there, and they’re probably travelling to London, and a few other reasons why this might still all be ok. Because I’ve committed. Because it’s easy, good money. Because I’d never, ever not turn up at a venue when I’d said I’d be there.

You’re reading this and thinking “PAUL HOW COULD YOU?” – and that’s the beauty of the con – like boiling the frog (yes I know this is a myth, but it’s a handy mythaphor, ok?) you get a few twinges along the way, but the story unfolds and as it does you find you’re rolled up inside it.

So, the Monday in December dawns, and I rock up at the venue, nice and early. They’re very polite at reception of course, but there’s no event on that week – nothing connected with Dubai – nothing Middle Eastern. Nothing that could have been my gig.

And I nod, knowing I’d been avoiding the truth. A quick call to the bank to say “erm, there might be something dodgy going on” – only to get their reassurance that if all the other party has are my paying-in details, I’ll be quite safe, not to worry.

I ring the Dubai number, just in case. Dead line. I even ring a couple of the agencies with very similar names. Not sure why. I was a bit upset. Mostly because it was just at this point that I spotted that the email address they’d contacted me from was a gmail address. Yeah. Really. It’s amazing what you don’t see when a big chunk of money floats past in the other direction.

And so home. A better week for the rest of the team, but not so much for me. And that 5am start in Paris, ugh…

Anyway, that’s when I do some research. I quickly find that lots of other photographers have been approached – I even get in touch with another photographer who’s got one going on at that moment. The job is less believable than mine was, but all the other hallmarks are there.

And then I find this and this. (Links describing something called The Dubai Overpayment Scam). It is embarrassing how closely they resemble what happened to me.

That’s what’s going on – they’re going to pay me a ton of money with a stolen cheque, sent directly to my branch. They’ll try to get me to repay the overpayment and – greed time again – throw in a bit of the “extra” for me to keep, just for my trouble. Money for nothing. I’ll send a few grand to their untraceable slush account somewhere, the cheque will eventually bounce, and I’ll emerge as a big, big loser.

And you’d think that would be that, wouldn’t you? A near miss, but no more than that. Older and wiser etc.

Couple of days later – here’s an email in from Dubai – sorry for the delay in payment, don’t worry – it will be with you soon.

So I send a weary note back to my scammer – with those links – to say, look pal, I know the game, don’t bother right? Just wasting your time. Bear in mind we’re now 6 days after the point at which I stood in central London asking a receptionist about a phantom event. Now the little voice pipes up all right – so why would they keep trying? What’s going on?

Boxing Day – and I’ve been doing a good job of staying away from work for a proper rest for a few days. But I do just have a quick check, because there was a (real) client payment I’d been waiting for, and I wondered if it was in. Fell off my chair when I saw the balance. Oh dear.

Worry time. Why would they do that? On to the bank immediately after the bank holiday, of course. 8.30 in the morning. Priority. They’re helpful – to a point. I ask if I’m at risk. Evasive answer. I say “surely with only my paying-in details, I can’t be at risk?” They say they’re not sure and then worrying stuff about money laundering, and that I might be drawn into it, and there’ll be an investigation. Hmm. Ok, I say.

Popped into a branch a couple of hours later to pay in a cheque and – oh no – they can’t pay it in. Looks like everything’s been frozen. Another hour on the phone in the branch. Then home to print out all the emails and the invoice. Back to the branch so they can fax it to the fraud team. Yes, print and fax, you heard.

Given the bank must hear this daily, their response wasn’t great. They said they could unblock my account, but only if I was prepared to take the risk that something bad might happen. They actually said this. I asked what bad thing could possibly happen, but no firm answer. The little voice in my head is now shouting things it’s making up on the fly about international draft clawbacks, and insiders transferring everything twice by mistake, or malice. I’m now experiencing a very different type of big number blindness – the one where you might well see 30 grand sail away with nothing to be done about it. It’s horrible, believe me. Why would they be persisting with this when the game was actually up? Why would professional scammers have gone ahead with the payment if they didn’t have some chance? They’re criminal, but they’re not stupid, surely? And I found this, which though it’s probably a highly edited reporting, terrified me.

Customer service stories are never all that interesting, so I’ll leave it there. There was nothing else I could do.

And sure enough, the next day:

If it looks too good to be true, it probably is. 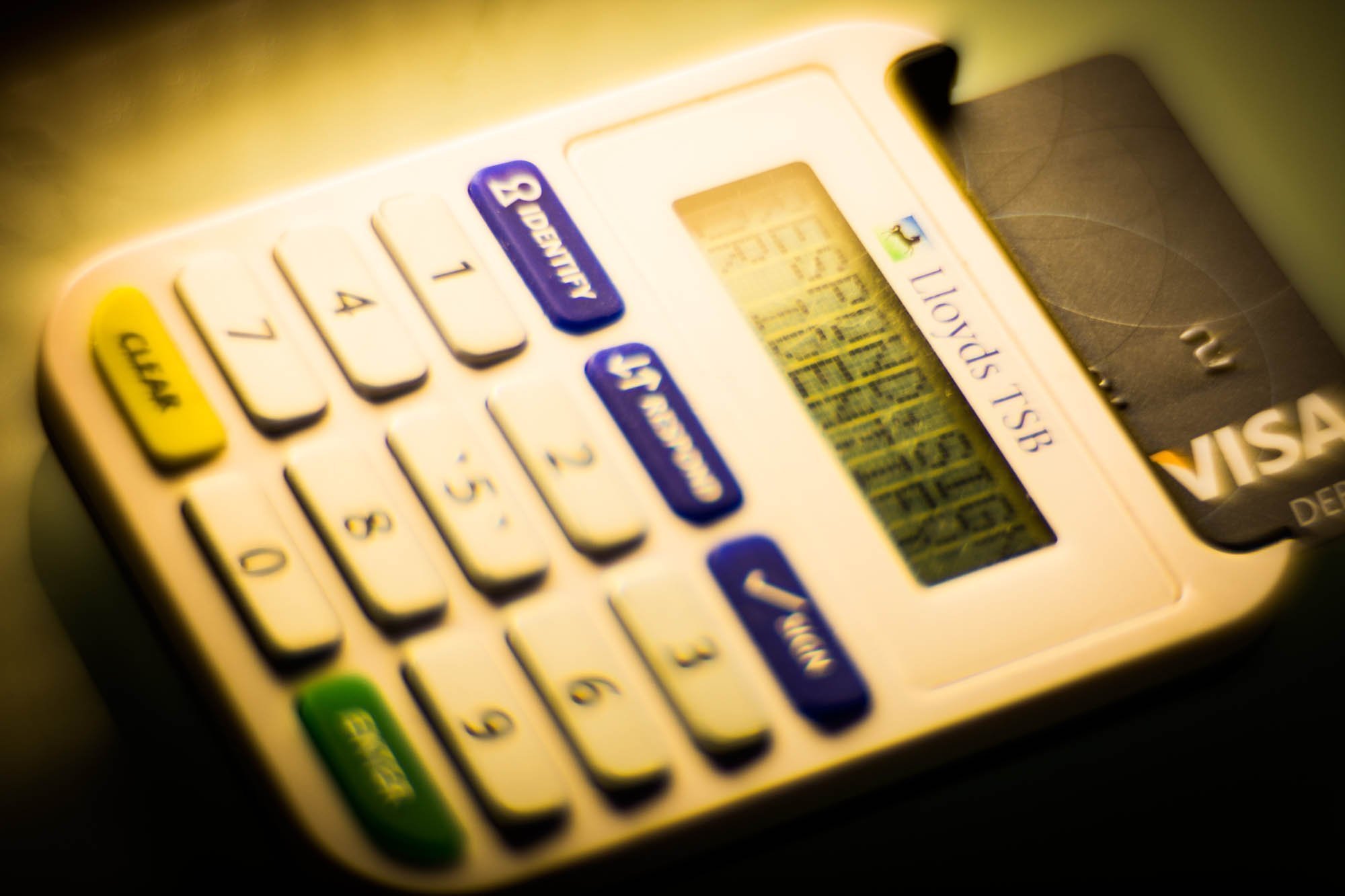 59 thoughts on “The overpayment scam”