Right, let’s take on a biggie.

When do you need a model release for a photo?

In all the discussions I get involved with about the “rules” of photography, this stands out as being the one most prone to uncertainty. So let’s have a go, shall we? It’s going to take us on a journey involving laws, rights, courtesies and commerciality. (I won’t directly address GDPR in this post; I’ll save that for a separate follow-up article.)

Definition: a model release is signed by a person in a photo to say that they consent to the photo being used in certain ways, and in some but not all cases, for an agreed reward. (Similar releases can be applied to property, but let’s stick to people for now.)

First up, a couple of positioning comments. Let’s start with what the internet will tell you. If you google the title question you will get a TON of opinions. Many of them will feature the word ‘must’ somewhere. You will also find opinions from legal professionals. Now, I am not a legal professional, and please bear that in mind when reading this. But I do know that lawyers are never, ever going to be rewarded for underestimating a risk. So this is written from a photographer’s perspective, but hopefully rooted in reality.

The other consideration before trying to define what you must (or must not) do, is: what is the nature of the risk that a release helps you to manage? To expand on that – what are the potential harms from not having a photo release, and what sort of benefits would having one give you?

Let’s start with the potential harms. What could go wrong? I find it useful to think of harm as being in one of three categories. Category 1: the realm of the criminal law. “If you don’t do X, the state can prosecute you.” These are pretty rare circumstances in anything to do with photography. Pulling out a camera in a courtroom is one act that can genuinely see you end up behind bars. I can’t think of many more, at least not in the UK. So any notion that ploughing ahead and publishing an unreleased photo will result in a firm grip on your collar from an actual copper is, I’m afraid, misguided.

What about the risk of being sued for…something, though? Well, this is my Category 2: the risk of consequences in the civil court. It’s really common to think there are all sorts of protections available to people whose photo is used in a way they didn’t consent to, and I’m going to explore these in a bit more detail below. But the reality is that actual cases in this area reach the court once in a blue moon: the real-world likelihood of actually being sued, and facing actual enforceable damages, is vanishingly small. There have been some cases in this area, and it’s important to know about them, but they are very rare.

We’ve still got Category 3, though. The realm of social (and consequently indirectly commercial) consequences. Reputational risk. Complaints. Twitterstorms. Protest groups. Hate mail. Furious client, or model. Being deselected as a supplier. Getting on a PR block list for invites to photocalls. You might not be going to chokey, and you might not have a judge award damages against you, but you can still reap some very real adverse consequences. This is the category you should probably give most thought to.

I say all this to emphasise that if you see the word “must” in relation to releases, or if someone earnestly tells you that the law says you have to have a release, then it’s likely that you’re looking at a slightly incomplete picture. Releases aren’t a requirement, as such, but rather a sensible, optional form of risk management, that you should definitely know about, and consider using.

There’s a great deal more nonsense talked about fictional rights to privacy, and notional rights to one’s own image, than this article has space for, but you should be aware of three useful reference points here:

1. Statutory protection. Although the UK has no legal concept of privacy per se, provided your subject is not in a place where they could reasonably expect not to be photographed (i.e. in bed in their house, but just about visible using a massive lens if the photographer has climbed up a tree) the courts will offer little solace to someone whose face appears where they didn’t want it to. (I stress here that this a deep subject, with other crevasses relating to topics like harassment or breach of contract or defamation, but you’ll need to pile into some journalism textbooks for all that good stuff.) Keeping it simple, one statutory protection you should know about is tucked away in section 85 of the Copyright, Designs and Patents Act, 1988. But it’s only useful to you if you commissioned photos as a private individual. Like your wedding, or your kids, for example. If you haven’t found a way to ‘release’ that right as a photographer – either within your contract or with a consent form – then you’re in breach of that right. Note, though that even though this is THE LAW, it’s creating a civil court liability, not a criminal offence. It’s quite another matter if you’ll ever be pursued for damages in reality. But you need to know about it. (Most wedding photographers, especially the weekend warriors, go a bit pale the first time they hear about this one.)

2. Unauthorised endorsement. While relying on privacy protections is a bit of a lost cause, there has been actual legal action in the case of a well-known face suing for unauthorised use on some merch. Irvine v Talksport saw Eddie Irvine get some damages in lieu of an endorsement fee. You can read about the case yourself (including the legal distinctions between endorsement and passing-off), but it’s worth noting that his well-known face (and therefore ability to command endorsement fees) meant that damages could be said to have a meaningful relationship to something he’d lost out on. That is not something that is likely to fly for a member of the public, or even a jobbing model. Also note that this case was in 2002 and is still cited as one of the most relevant, and its legal precursor in the English courts was apparently in 1947. That rare enough for you?

3. Passing-off. The other case that comes up frequently is Rihanna v Topshop. Rihanna is dead famous, and the unauthorised T-shirts they made with her face on were sold for profit. And even then the case went to the Court of Appeal and judges there described it as “close to the borderline,” so if you think it’s likely to be relevant to any action you might face in the court with what you do with a photo, I have bad news for you. (It’s often used to frighten clients or other photographers into making them think the world is a terrifying and risky place, but I see its area of application as being very limited.)

So. Nobody is going to put you in jail. You are very unlikely to see a court awarding damages against you. (You can see why lawyers aren’t likely to go writing stuff like this though – once more for the back row, these are my opinions and should not be construed as legal advice.) But you still have Category 3 trouble to think about – reputational damage and “general bother”. This is really where a release will help you, in reality.

It’s also a matter of courtesy. Photography, especially with people, is one of those disciplines where the nature of “but the law says” butts hard into “doing the right thing”. There are all sorts of things that can be done with a camera and a publishing platform that are not proscribed by law, but which we might think of as distasteful or undesirable. You can think of your own examples, and I’m not going to attempt to get into the complexity of journalism vs entertainment (for example) in a line or two here. Suffice to say that there are things permitted by law, but which should, for reasons of anything from decency, to vulnerability, to breaches of trust, lie across a line of personal decision for us as photographers.

So in one sense, making consent explicit in the form of a release helps to clarify everyone’s expectations about what will or won’t happen with a photo. Whether you’re taking a photo of a stranger, a friend, or a paying client. And even if the actual real-world legal position doesn’t change a whit.

But beware, though. There can be other consequences. Photography that operates quite happily on a mutual basis of trust and understanding can get a little unbalanced once the consent forms are handed out. “So are you going to make money from this, then?” is a fair question. Even if something had previously only been intended for editorial use (as opposed to commercial), once a form is signed that gives blanket permission for both, then does that shift the basis of trust and understanding (and fair reward)? I think it does. I remember this story with some horror. Even though everyone involved might have thought – at least in outset – that they were doing things by the book, the consequences were pretty appalling.

Now, as I was writing this today I was thinking “it would be great if there were a nice, up-to-date example of something like this happening.” 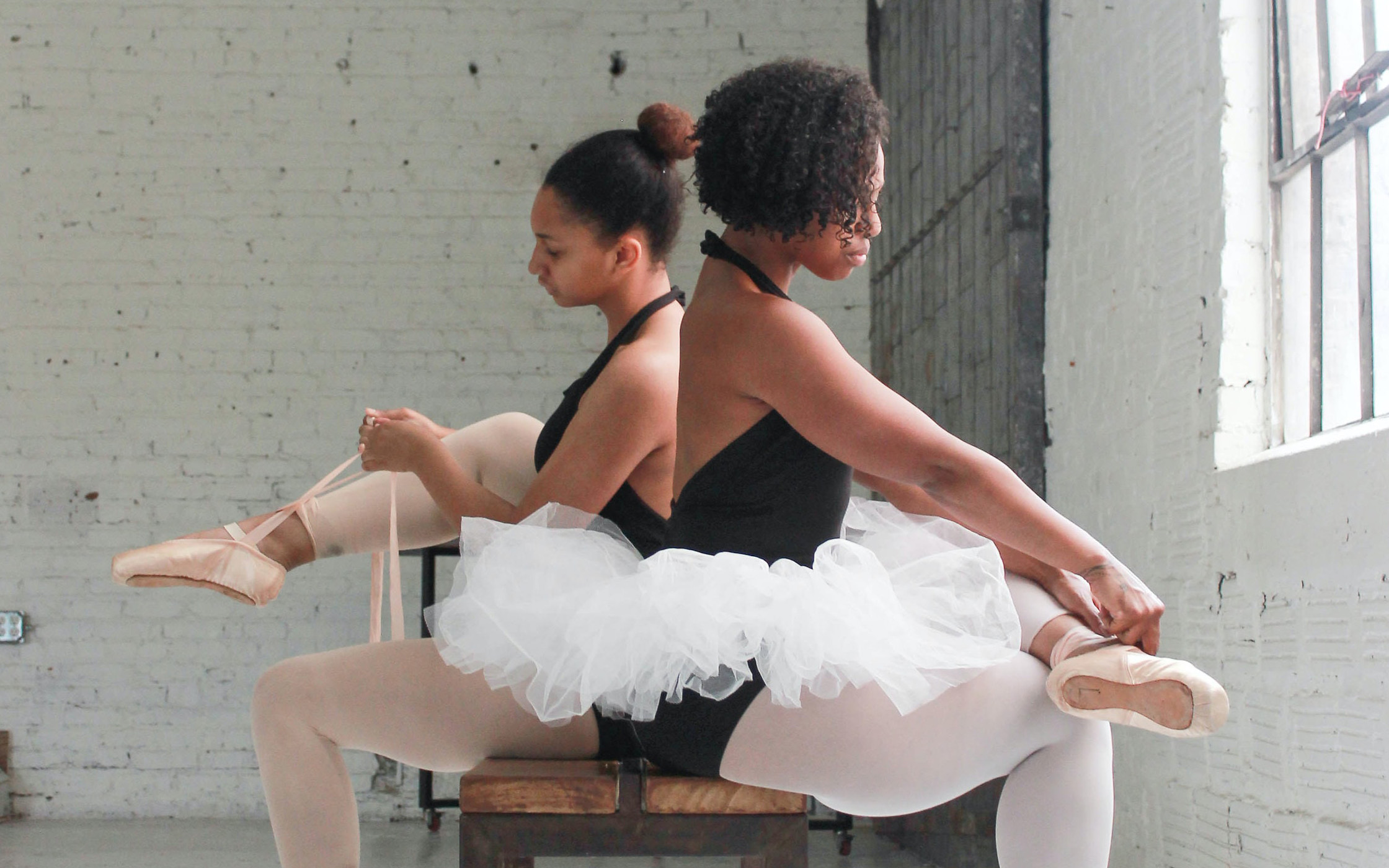 A crop of this photo was used in a controversial bit of marketing today. I won’t dwell here on the complex issues and furore that surrounded its use, other than to say it was obtained and used from a site that offers pictures for free. Yes. Without the requirement to pay royalties, or give attribution, or do any other things that a rational mind might have thought that the photographer would want. (No, me neither.) Anyway, apparently the photographer is upset. God knows how the ballet dancer feels.

I can’t comment on whether there’s any redress to be had in the courts, other than to say that such matters as potential defamation or misleading presentation, and the role of actual material loss, are what tend to determine such cases, whatever you may think the moral position is or should be. There’s a reason why you often see the small print “pictures posed by models” in campaigns, of course, and this points to a certain level of sloppiness or inexperience.

Nobody’s going to go to jail, or to get rich as a result, I expect. But there’s a lot of pain and bother in the air. And bad feeling. Probably some concern and worry about betrayal of the trust given in allowing a photographer to take photos in the intimate space of a changing room. (As photographers, we do – or should – worry ourselves about this sort of thing a lot.)

Among all the other possible criticisms, the feeling that a government scheme that claimed to value skills couldn’t even stump up the fee it would have taken to licence the image commercially – a fee of absolutely miniscule proportion compared to the other costs of running a campaign – is not a good one. There’s a bigger story here about the use of the image, but the point about the role of a release could not have been made more clearly.