When I’m going through photo examples with a prospective client, and they ask that killer question: “So what’s different about your approach?”, I often show this one. 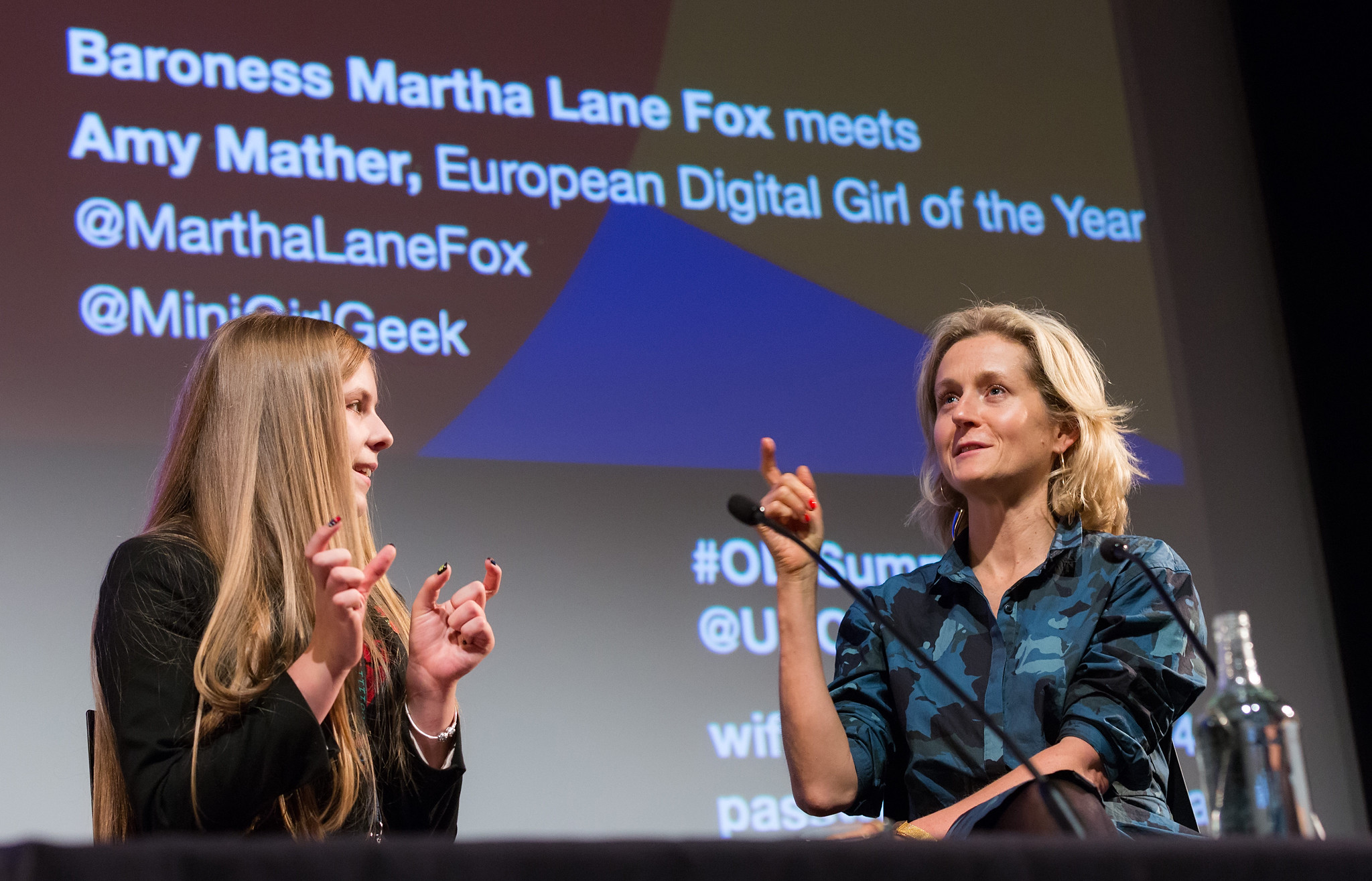 On the face of it, a reasonably run-of-the-mill conference picture. Two great speakers in discussion, both leaders in technology in their own ways. Nicely lit, catching the energy, and so on.

So what IS different? And the answer lies not in their faces, but on the backdrop. Due to a small glitch in production, Amy’s twitter handle had been misheard as @minigeekgirl, not @minigirlgeek. Which would itself not be much of an issue, and maybe nobody would even notice, BUT for the fact that, as written, it linked to an anime fan who was fond of posting some, er, fruity content.

Yes, I checked. I check everything.

So, no fuss, and I didn’t even mention it (and I hope 8 years on, nobody’s too embarrassed by me mentioning it, we’ve all made typos in our time).

But I did fix it with a bit of photo editing.

Make sure you hire someone who notices, checks, cares and fixes.