What could be possibly be more straightforward than giving a photo to the world, to use for free?

Well, when it comes to Wikipedia, quite a lot. Let’s take a look.

Whether images should/shouldn’t have a value, whether they ARE valued, whether it’s better to get your pictures out to an audience in your early days, or whether ‘free’ is just killing the industry… all big questions that have some relevance. And, you’ll be pleased to hear, ones which we will lightly glide over in this post.

From time to time, I’ve given a photo to Wikipedia. Sometimes as a favour, but sometimes to create actual benefit for me. Because Wikipedia has such a strong performance in search, simply googling for a famous name will usually bring up their wiki picture. So if I’m chatting to a client about various photos I’ve taken, and I mention a name, and suggest they google it, they’ll be looking at my picture. Which can make a pretty powerful impression.

But: with great power comes…you know the rest.

Suddenly the charitable act of loading someone’s wiki with your picture saddles them – for years, potentially, until another photo comes along to knock it off – with a highly findable and visible image that they might not even like.

People seem remarkably relaxed about this, to my constant amazement. I know the rules of the Wikipedia game have a fair bit to say about manipulating your own page, but I’m genuinely surprised more people don’t put a bit of thought, or indeed money, into ensuring that their photo is top quality. And, more importantly, something they’re happy to see appearing prominently on the public web.

I’ve thought a lot about “just putting a picture up” without at least considering the subject’s feelings. And a few weeks ago, bumping into an eminent public figure at an event, I had a chance to do that. Sir David Spiegelhalter is, aside from being a superb communicator and statistician, a very lovely human, and a couple of years ago I’d taken a decent picture of him. I’d also noticed that his existing Wikipedia picture was, putting it kindly, getting on a bit, slightly out of focus, and could well do with an update.

So I showed him the proposed replacement – it’s rare for someone to enthuse about their own photo; especially to a weirdo who has just popped up at the Royal Society asking this weird question – though I got the nod, and so it’s going up. 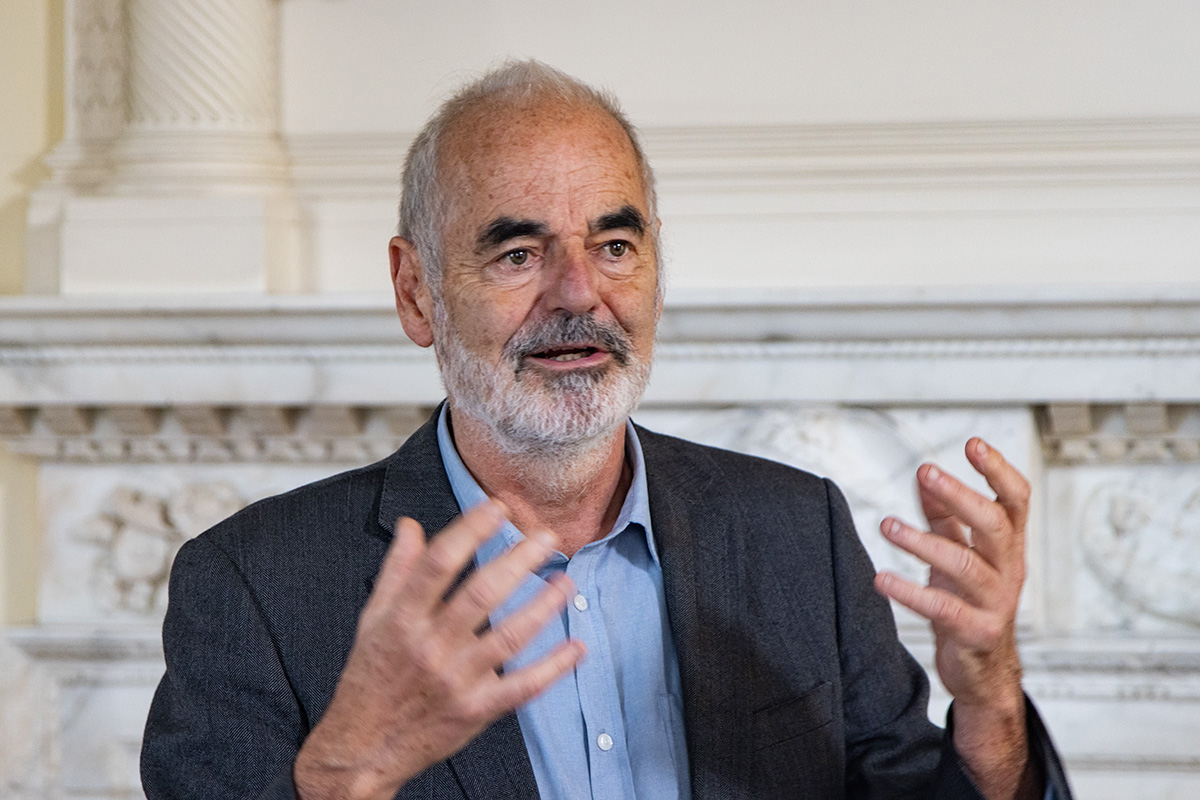 But the story doesn’t end there. With a standard issue Creative Commons attribution licence (CC-BY), I get a little bit of reflected glory for releasing it, but I’ve also given it away to anyone who wants to use it for any purpose, including making money out of it – provided they credit me appropriately when using it. Do I feel entirely great about this? No. Especially not the money-making bit. But them’s the rules.

What if they don’t credit me? Perhaps they forget, or don’t realise it’s a requirement of use? And here things take a decidedly darker turn. Because in that circumstance they are using it without any licence to do so. That can get expensive. Particularly if you’re not just talking about a blog post somewhere, but on the cover of a book, or on merchandise for sale. I don’t know if we’ll ever see the day when Sir David appears on T-shirts and bags-for-life, but in theory he could (and frankly who wouldn’t welcome that day?). But if I find something being used without a licence to generate real cash, then I’m going to pursue it, and I’ll very likely get a financial settlement out of it. In real cash.

This isn’t just theory: a couple of years ago a book did exactly this with one of my photos on its cover; I saw it by chance, and got in touch with the publisher. All was settled amicably in the end, but it cost them. Which means, to get even darker, that there’s a cottage industry out there dedicated to releasing images under an “open” licence (like the one Wikipedia uses), waiting for people to use it, running an image search to find those uses, and then sending strong letters demanding payment to anyone who hasn’t done the attribution to the satisfaction of the rights holder.

You might shriek in horror at such bad faith behaviour; or you might, if you are a content creator, think it a bit unsporting but also a reminder to people not to go taking and using images that aren’t theirs and they haven’t paid for, without at least a tiny bit of thought about potential consequences.

Wait! There’s another angle, of course: the commercial market in pictures of so-and-so. Because search results are the most well-stocked hunting ground for the skint and lazy (and, provided all the above yada yada, the damn thing is actually yours to use for FREE), my philanthropic decision to give the world a photo can have an immediate and catastrophic effect on the market for licensing that person’s image. My press colleagues who rely for a large part of their income on this sort of licensing may not be too happy about this, and I absolutely see their point. Wholesale demolition of the commercial basis for a lot of independent press photography is definitely not in anyone’s long-term interests.

There’s a splendidly-named photographer in the US who took the “working for exposure” approach to remarkable heights, building his career on getting access, shooting high profile on top-of-the-range kit, then releasing them on an open licence. I expect he makes his way through the media pen with a few issues of National Geographic stuffed up his padded jacket to dampen any “accidental elbows” from the press snappers.

Anyway: Wikipedia images; more going on there than you might think. And if you are in the market for a commissioned image that can be released under open licence (hardcore Wikipedians please avert your eyes here) then I am available…

Footnote – as I published the photo to the Wikimedia Commons library just now I found a note in there from another contributor thanking me for an open-licensed photo that is now gracing another page. I’d done that work for a client in the open data sector, and we agreed that it was appropriate to open-license the images, given the nature of their work. This is the consequence, though; anyone in those photos could wake up to find a new “main image” of them appearing all over the internet, and without a nice chap popping over at an event to ask them first.

What do you think? Does that feel…right to you? Leave a comment, let me know what you think.

One thought on “Photos for Wikipedia”