A regular part of an event coverage job is making sure there are strong images of the main speakers. Maybe these are captured as they’re out there in the bright lights, perhaps in action doing their piece, perhaps in a relaxed moment. But sometimes the portraiture is more formal.

Last June, on an event shoot for Channel 4, we went for the latter.

I gave the first four portraits their own twist of originality in one way or another, playing with some of the great architectural features of the Channel 4 HQ building in Victoria. It’s an amazing building – at night it looks like this:

For the last one, friend, former colleague, and one of the most influential figures in the government digital world, Nick Jones, I thought we might go a little off-piste.

Knowing Nick, I had that extra dose of confidence to try something unusual, and I figured that he’d also go along with my suggestions, even if they seemed a little…unusual.

So: the location. As we’d been setting up for the event I’d been much taken by one feature of the building – a cylindrical room below ground, with a glass ceiling; they call it the Drum. It’s actually the room under the walkway in front of the main entrance in the night shot above.

Being me, as soon as I’d got inside the Drum, and before anyone else appeared, I’d slapped on a wide angle lens and got underneath it, lying on the floor. I really liked this shape: 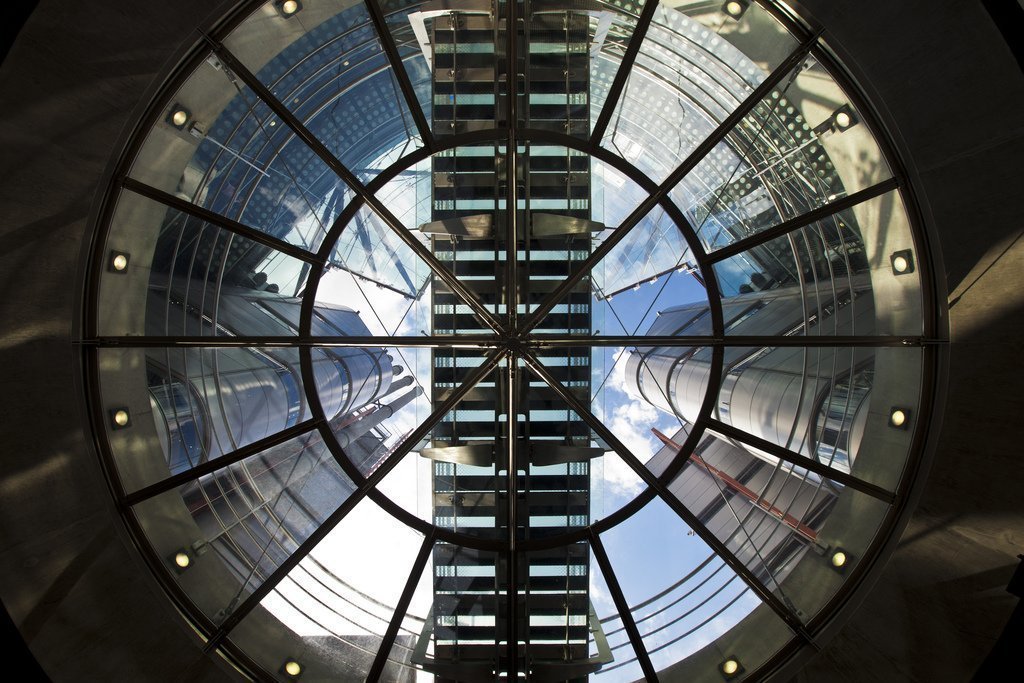 And for Nick’s portrait, I figured we could use it. I took Nick upstairs, through reception, and outside. Told him to stand in a particular place against the railings by the Drum’s edge. And left him. Stay there. Don’t move. And he played along.

Back downstairs, into the Drum, then I lined up the shot, upwards, through the glass ceiling, with the shapes and colours of the main building as a backdrop. The glass wasn’t meant to be that transparent from above, and though I could see Nick very well, he couldn’t really see me. Or hear me. But a few big arm waves, and I got the precise positioning we wanted. And that was the shot. 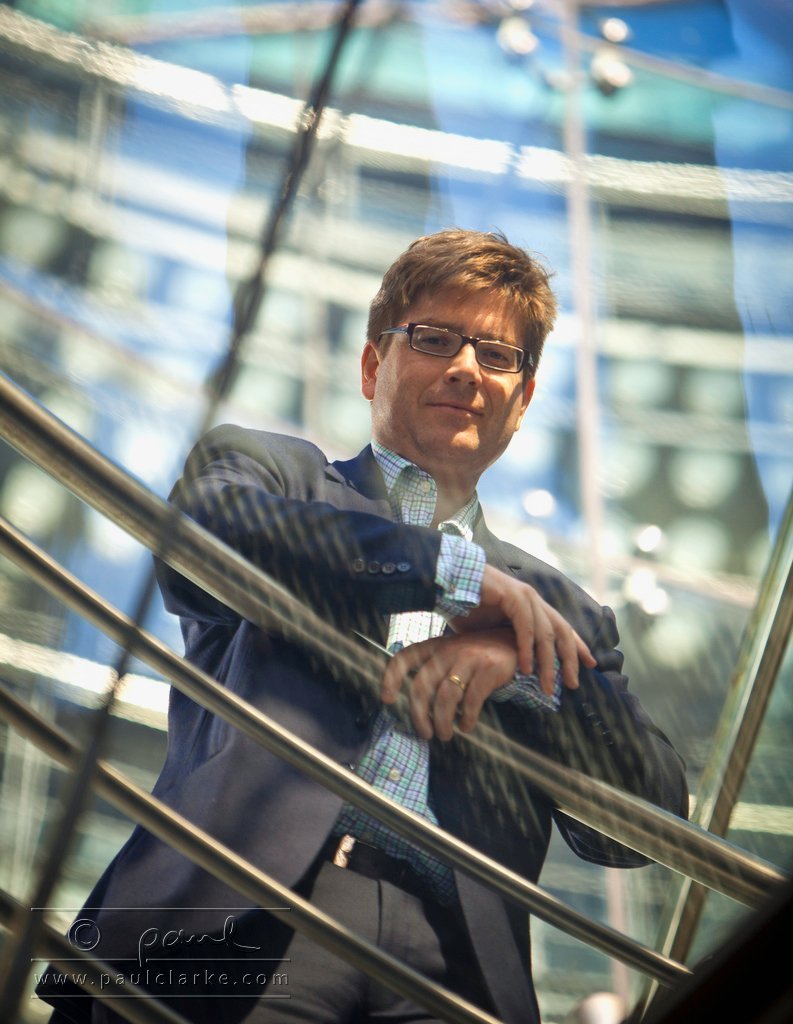 Technical notes: the camera was on full manual set-up; with a lot of light I was able to set the ISO sensor sensitivity right down to 50 for lovely image quality yet still have a fast shutter speed. The aperture was fully open to give a shallow depth of field, principally to minimise any interference from textures and shapes in the glass of the ceiling. A long focal length helped to compress the composition, making the backdrop very much part of the image, even though intentionally defocused.
Exif*: 155mm; ISO 50; f/2.8; 1/250

What I like most about it is that it’s actually pretty conventional at first. Then the eye notices the patterns between Nick and the camera; there’s clearly something in the way, but what? And the waviness of the thick ceiling glass creates visual distortions – not so much in Nick’s face, fortunately – but in that backdrop. Rich, visual effects created entirely through the optical properties of the building itself.

It will always be one of my favourites.

2 thoughts on “Through a glass, darkly”