I suppose it says something that half-way through this 2021 photo selection, we’ve already reached September. It was a very uneven year. But here we are, and back with the Battersea Muddy Dogs: a fun fundraiser where you take your dog round a 5k obstacle course with lots of mud and water. 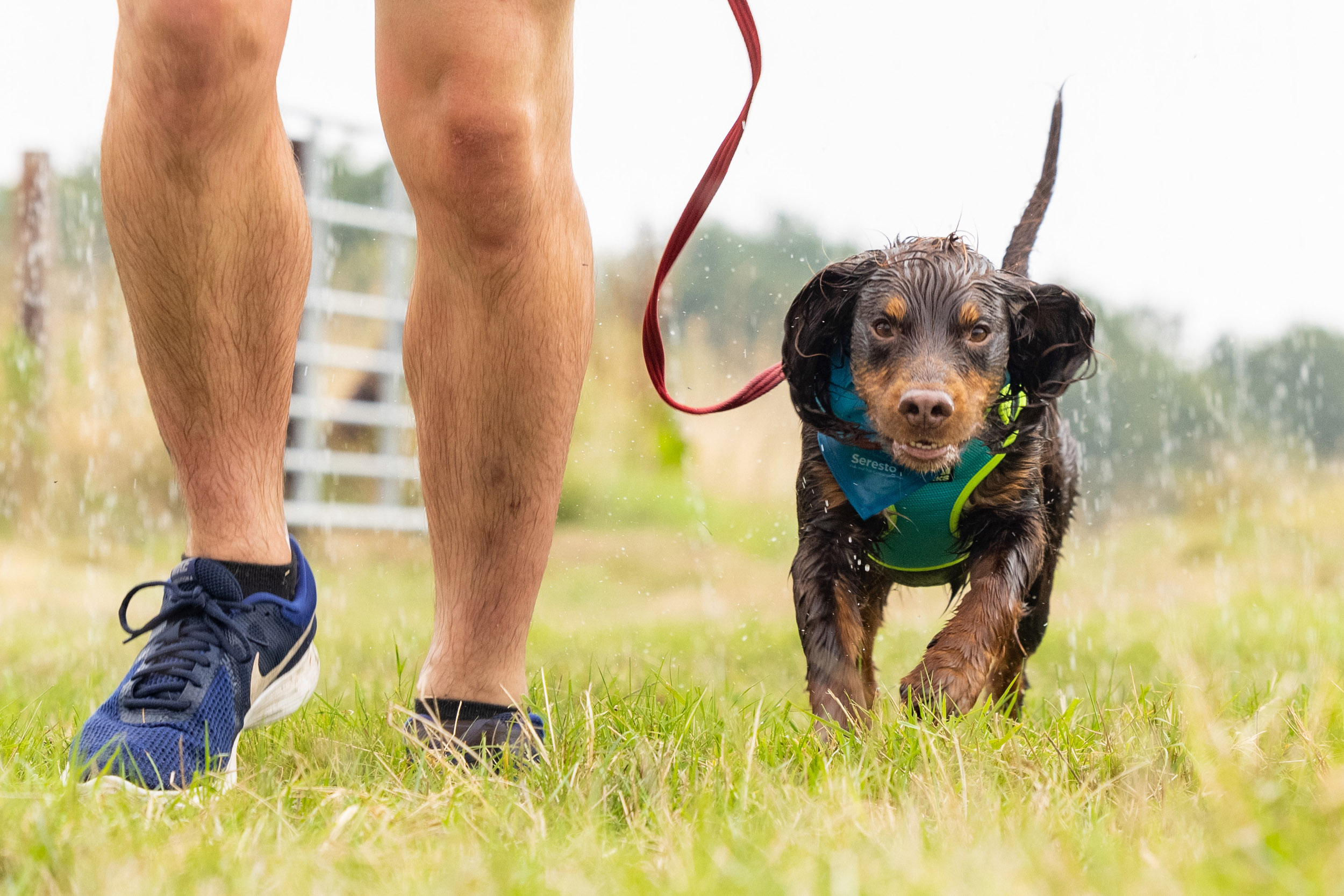 Ok, so this one probably is a bit unusual: backstage at the cathedral, as the celebrant robes up. With considerable aplomb, I must say. (The red hat is a bit of a clue.) 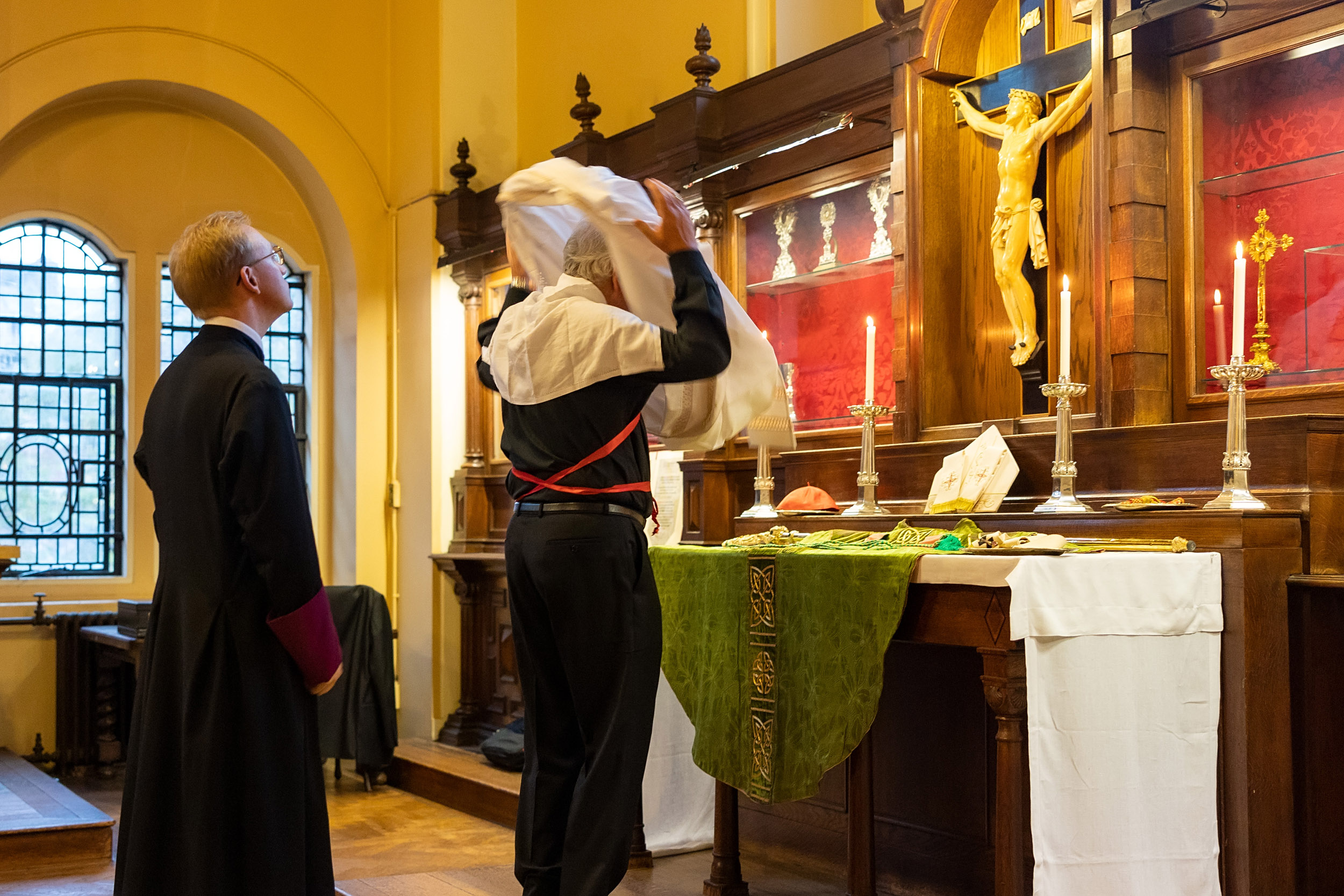 I’ve worked with Hannah Fry a few times now – she’s smart and funny and you should book her immediately for corporate or speaker stuff, as she’s (rightly) getting very famous now. 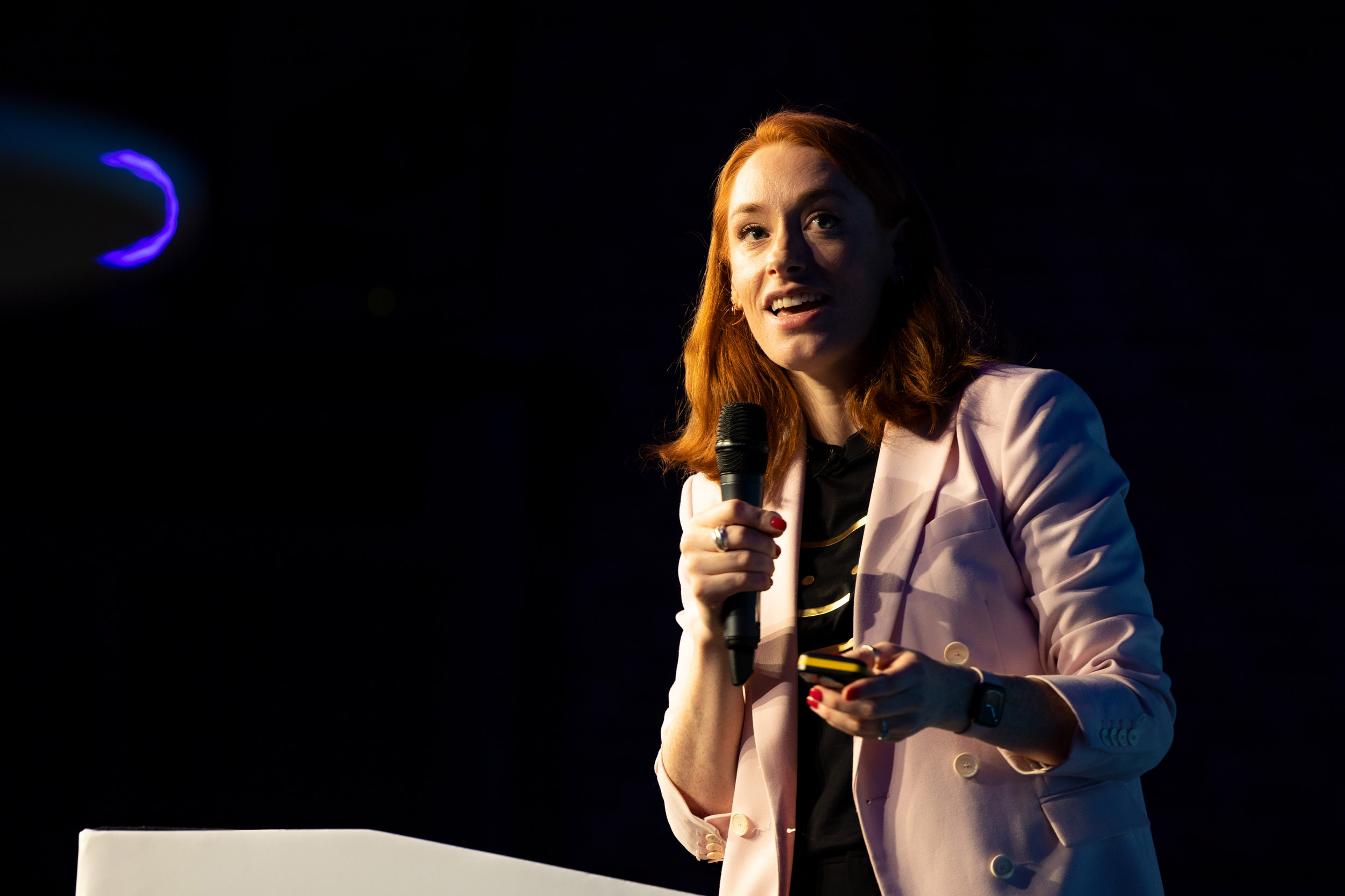 The London Marathon was back – again, working with one of the big charities to spot the greatest moments of their runners… 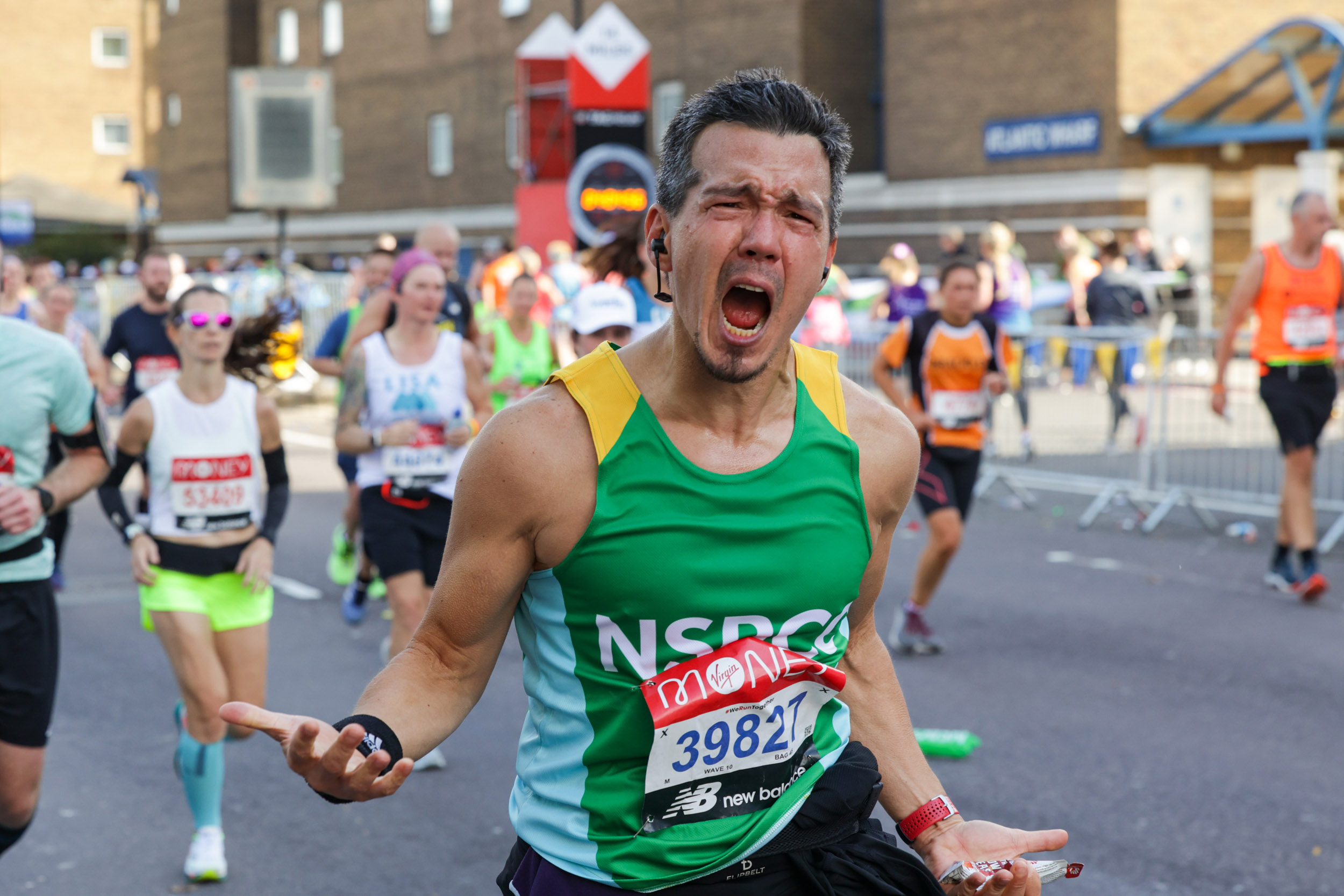 …as well as rejoicing in the rich humanity of the whole occasion. 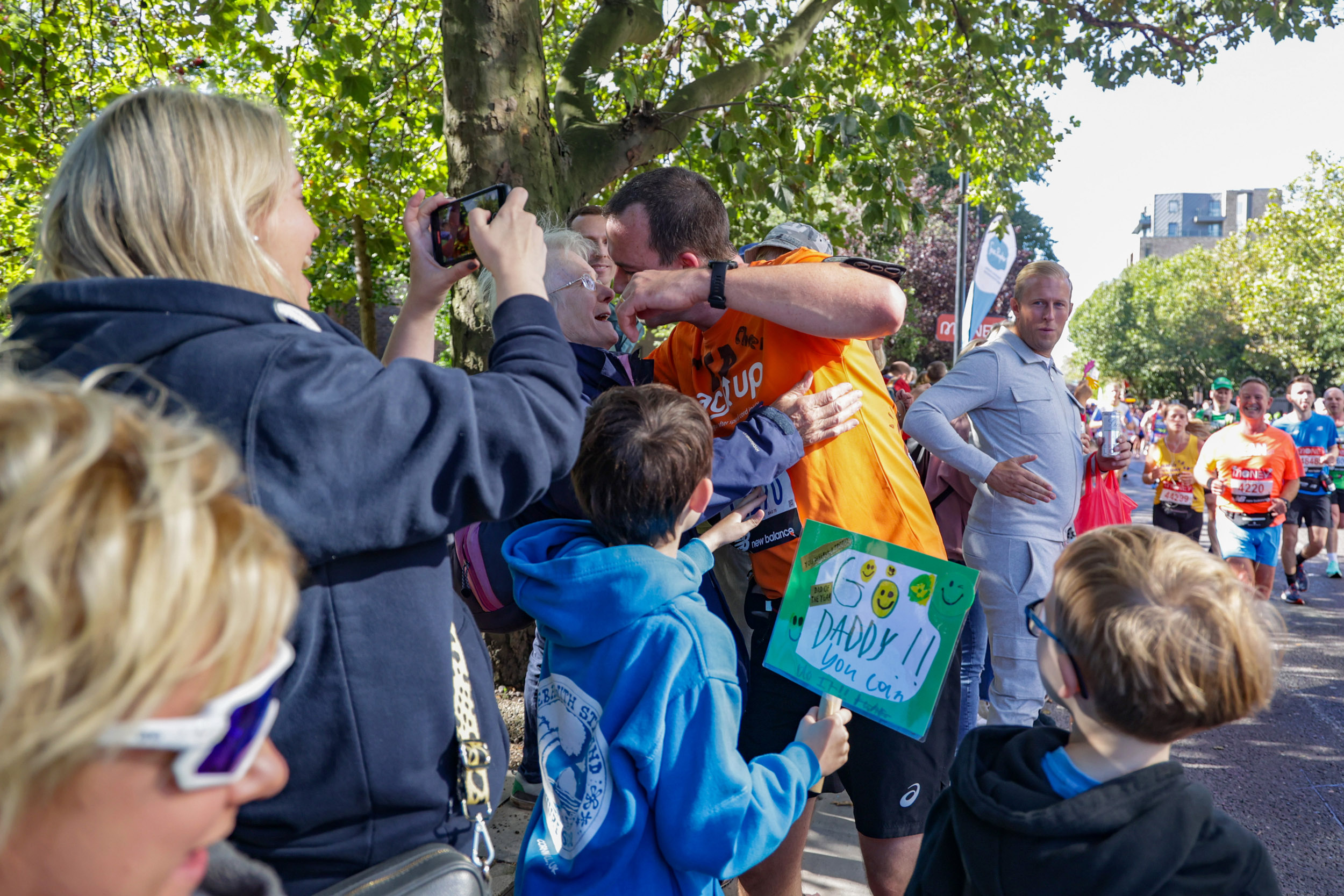 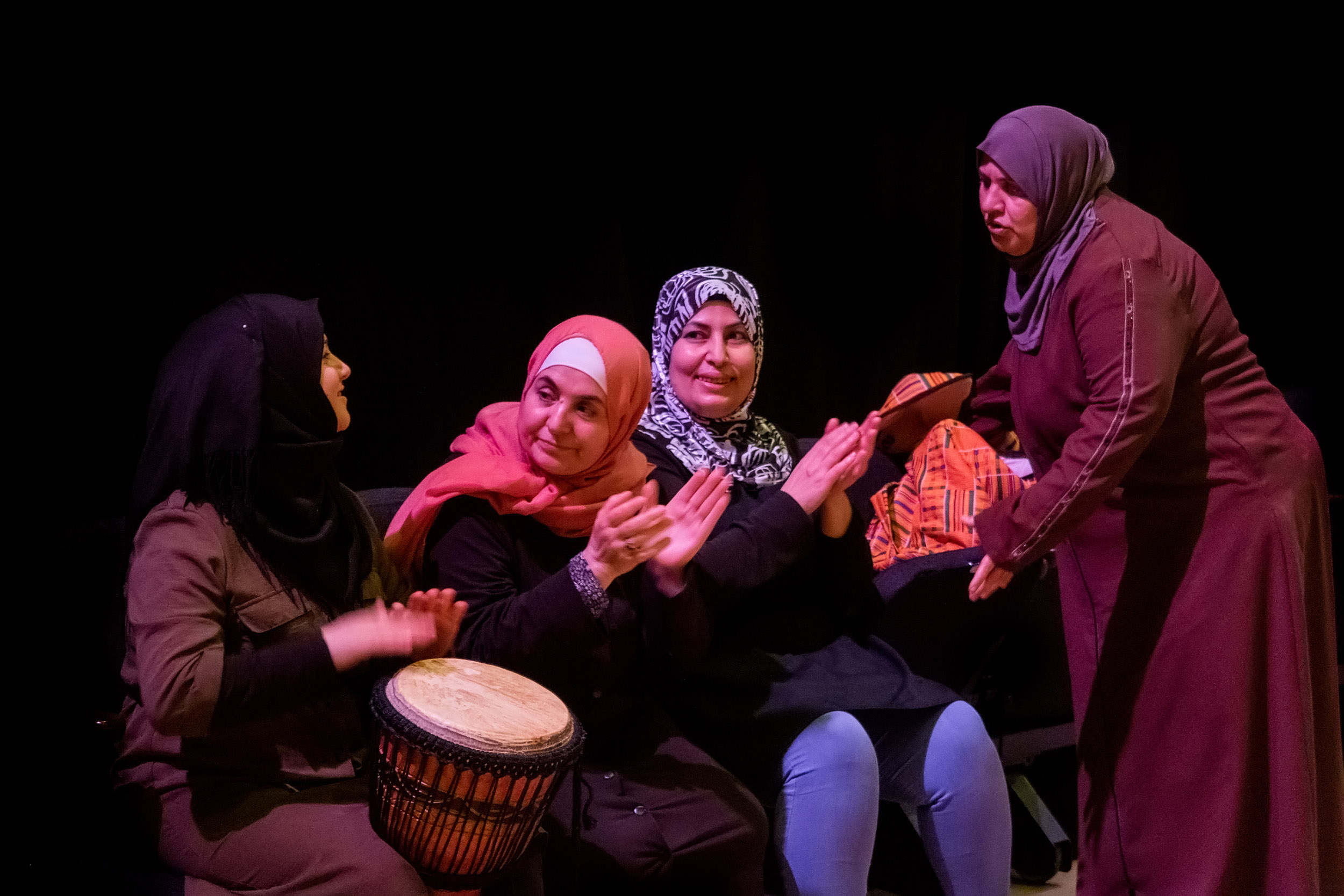 And three pictures from a busy programme of technology-themed events promoting London as a place for investment and growth: the CEO; entrepreneurs at the Mansion House; and my friend Janet getting rightly toasted for doing an amazing job with the programme. 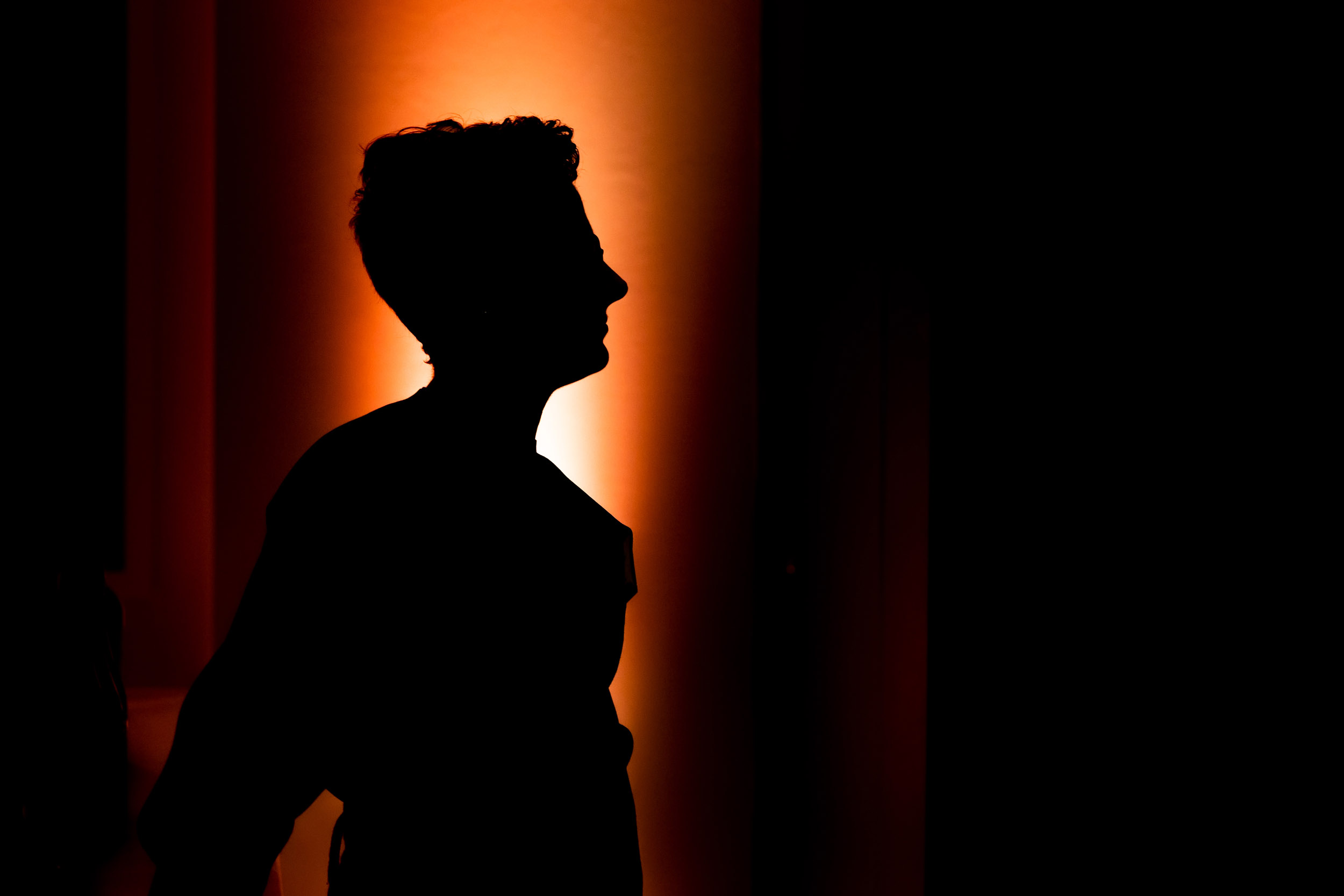 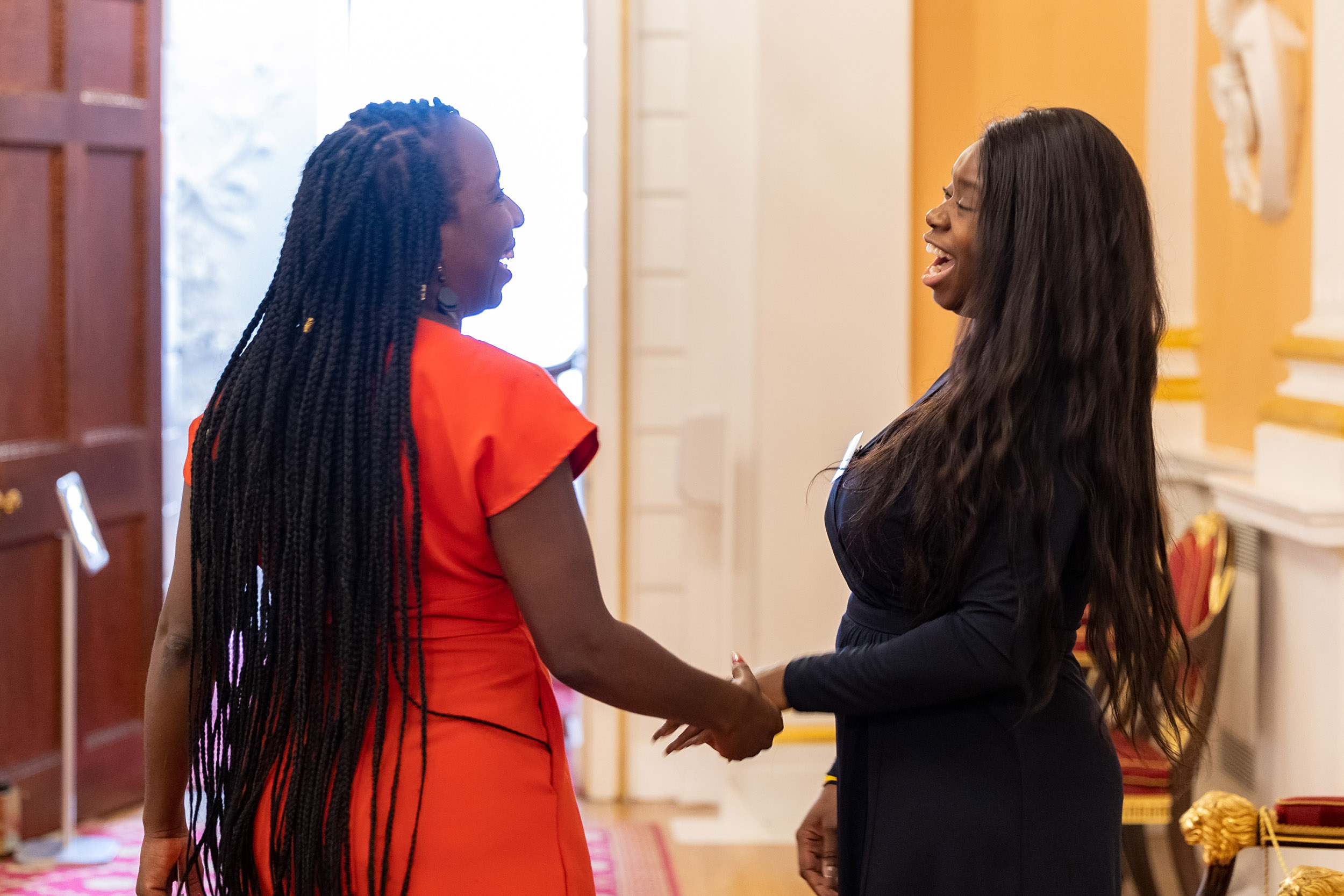 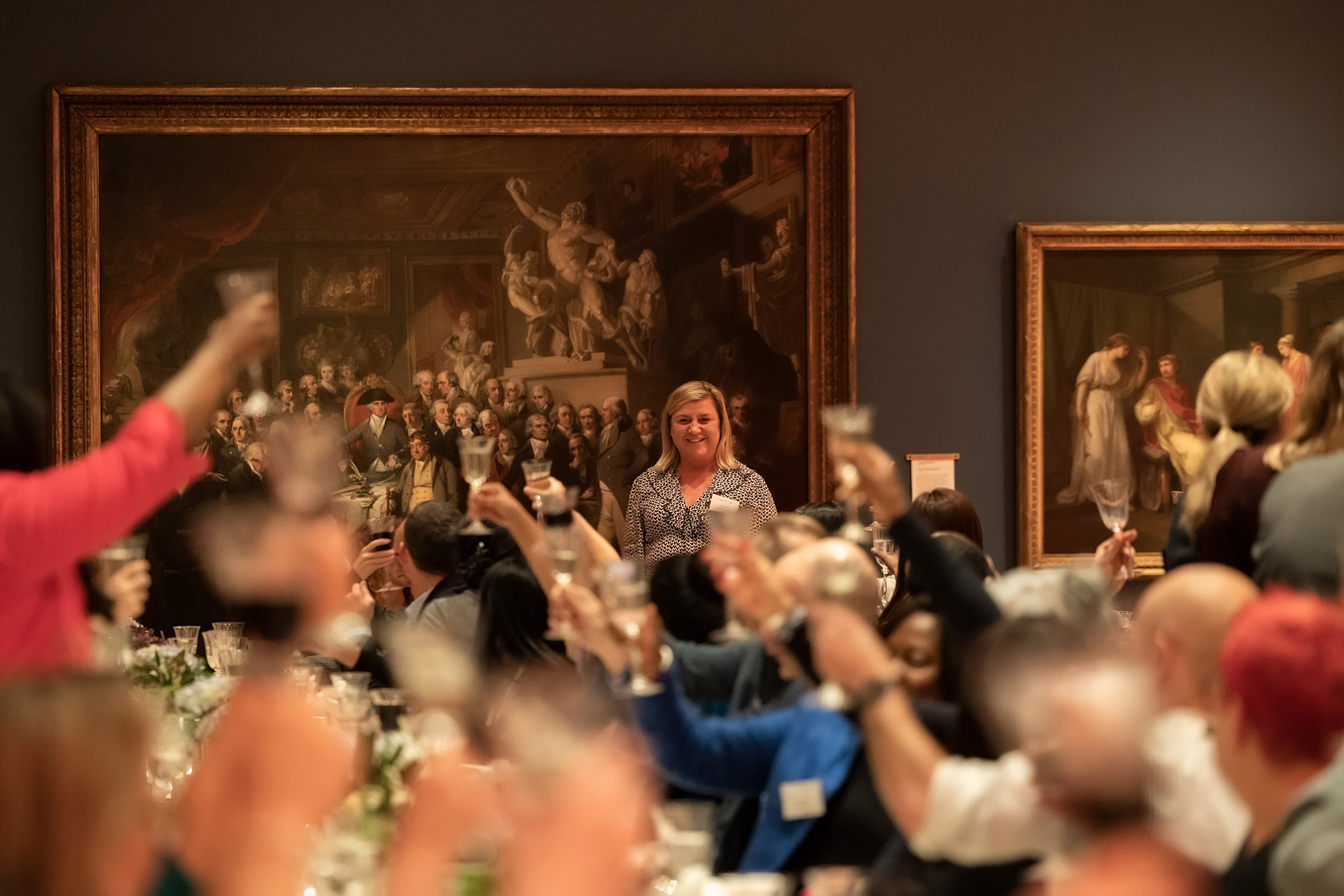 There was, briefly in the autumn, a patch where corporate events and award ceremonies came back almost normally. Setting up a logo board shot like this, you typically prepare for a maximum of about 10 people crowding in. But the enthusiasm, if not the coronavirus, was infectious, and it ended up like this. 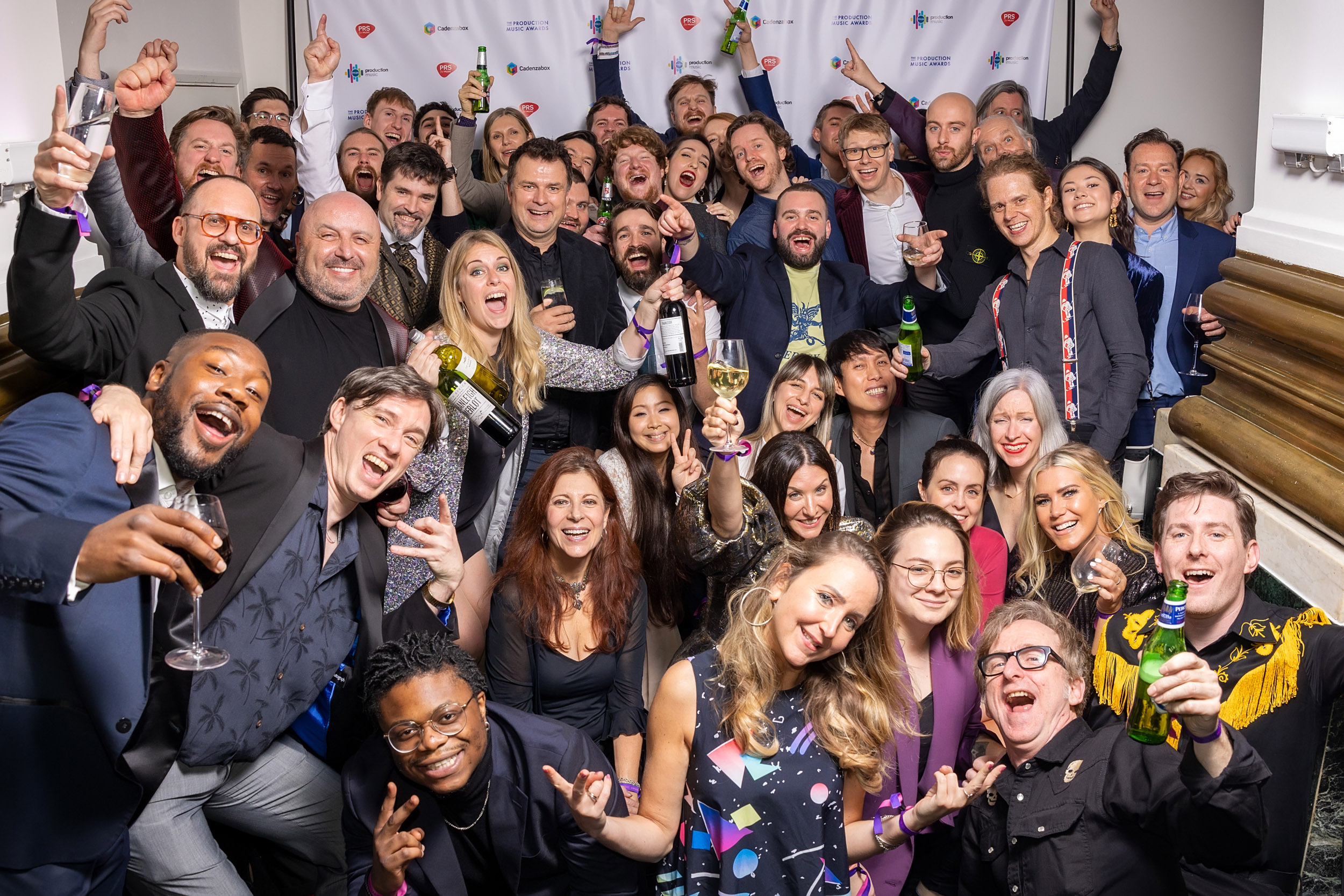 Madeline is another force of nature: a brilliant communicator and leader, I worked with her and a small group of colleagues to make a strong set of authentic images of women at work. 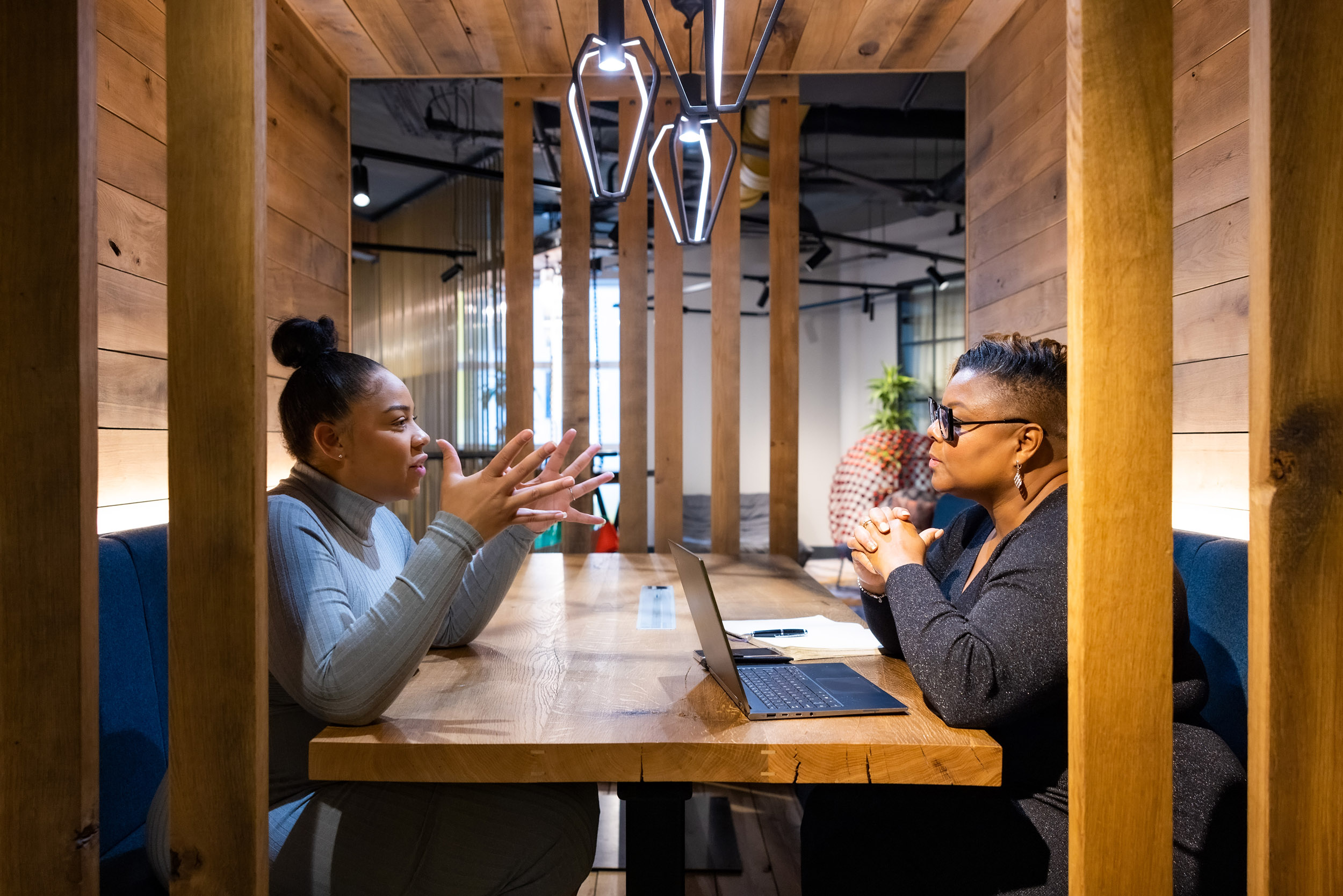 And more workplace imagery, this time in a very smart gym and fitness studio. 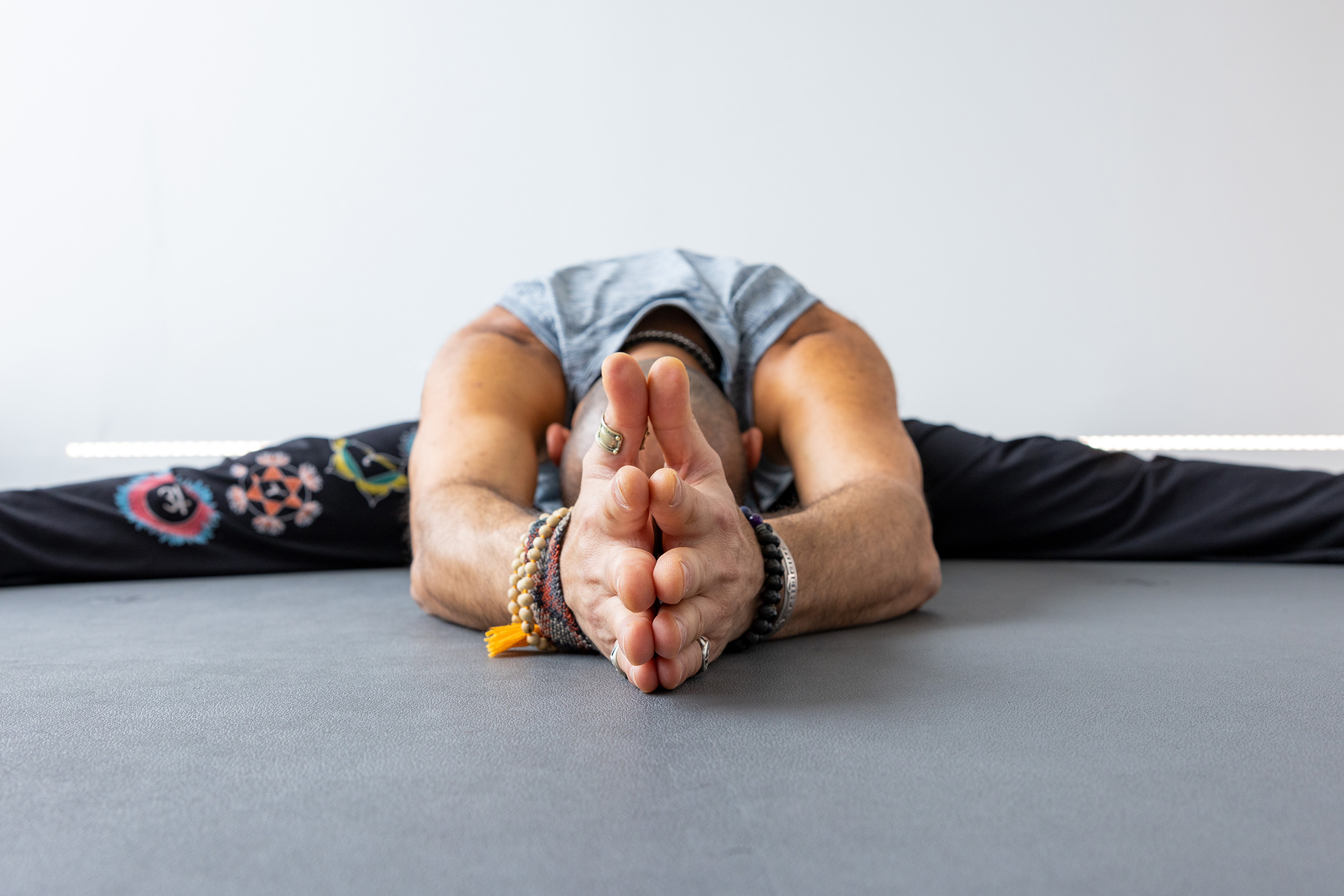 Living on the London to Brighton route, I really missed this spectacle last year. It’s actually the day of the Veteran Car Run, but a lot of other characters relish the prospect of being cheered on for 54 miles while in charge of an eccentric contraption. 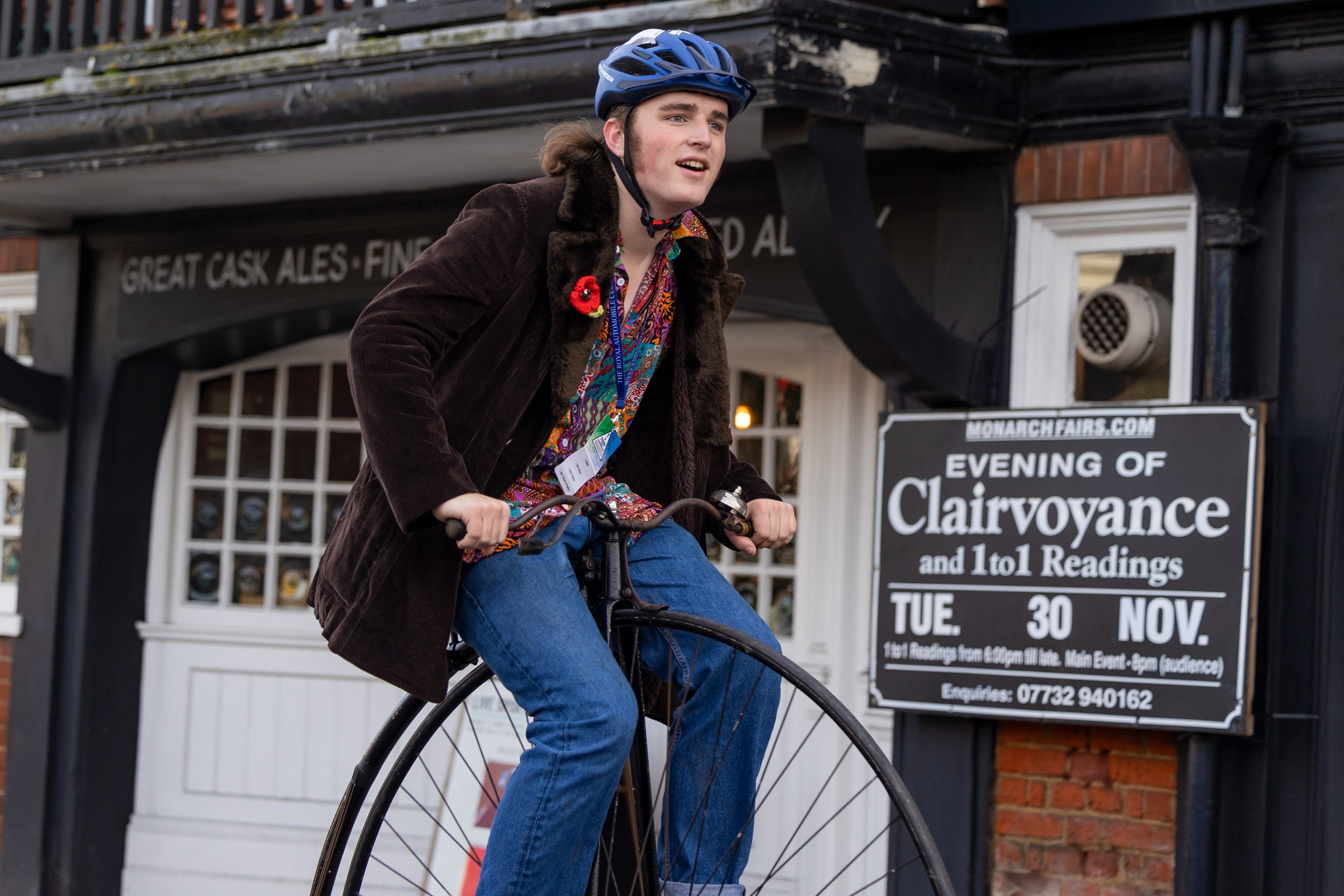 Another PR job, this time in probably the most challenging light I can ever remember. Deep below Farringdon, the Mail Rail is the former working railway of the huge postal sorting office, and now a great tourist attraction. But it’s hot down there, and very dark, and I was in a mask, shooting through plexiglass, and wow this job can be quite difficult sometimes. 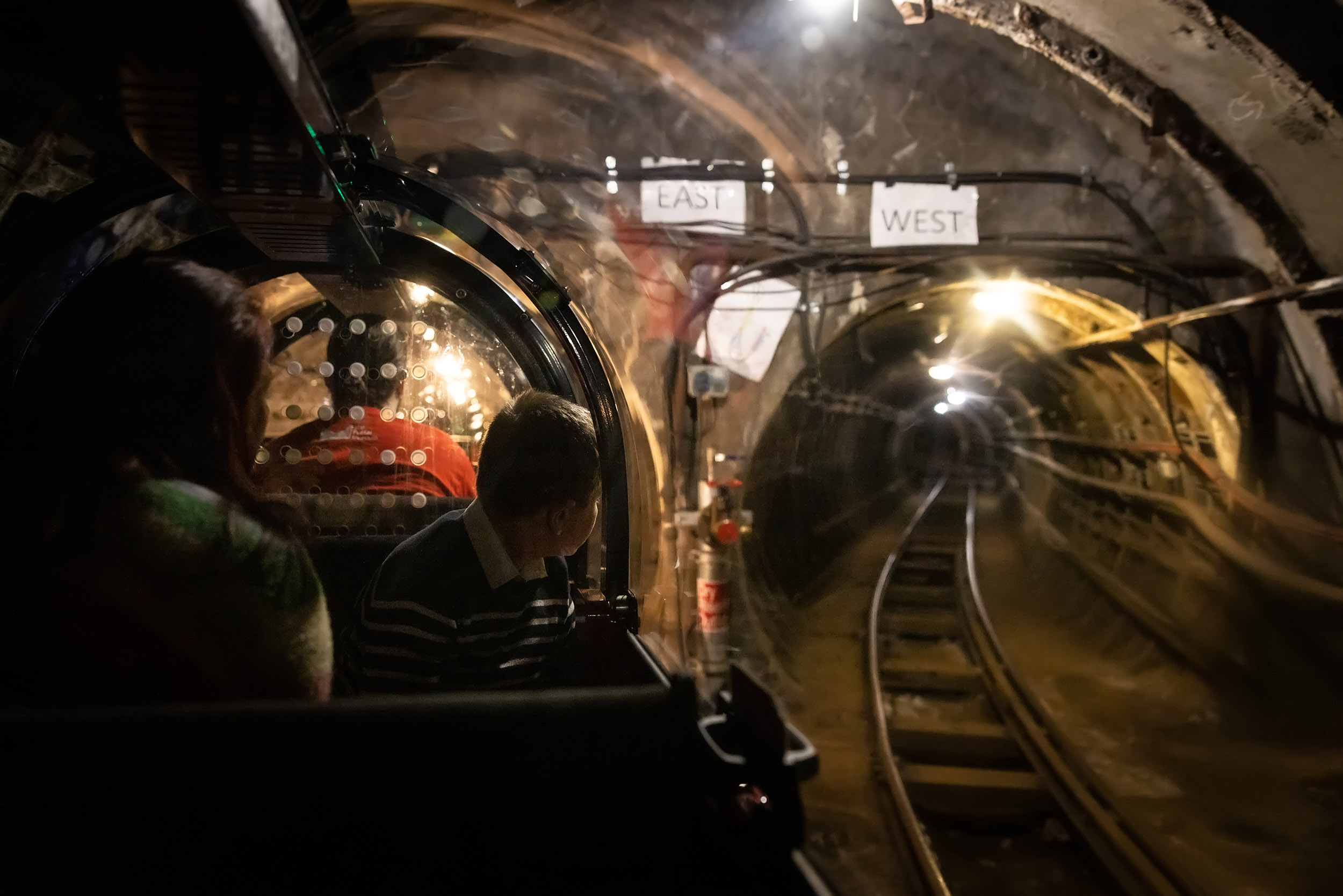 Part of the joy of the work comes not from making palaces and prisons look great, but from finding the art in the everyday. The mail room of a composites factory in Essex, with a desk light that lit up the subject as nicely as anything I’d have managed with a bunch of studio strobes. 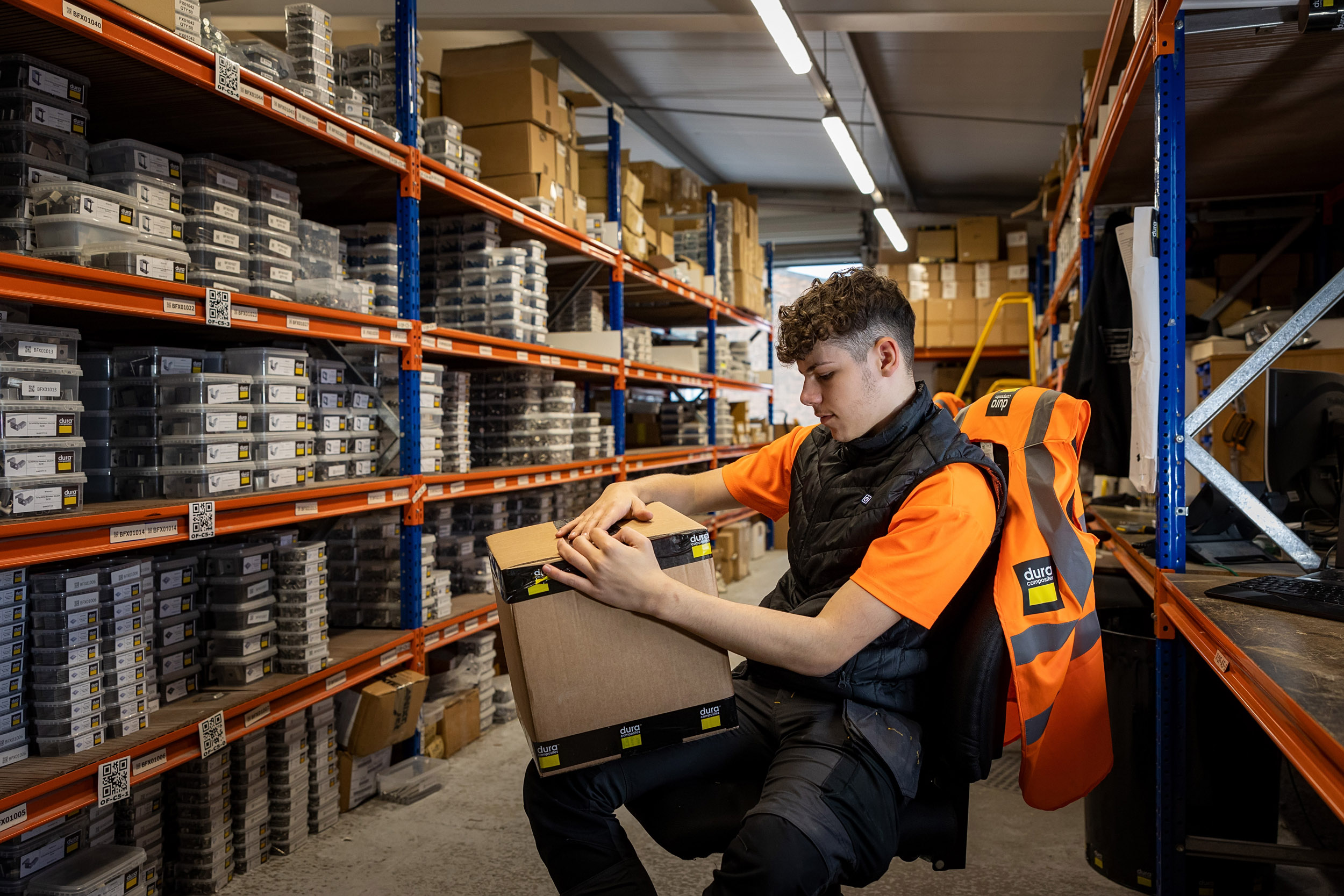 Where would we be without lighting? At another awards gig, the lighting designers did a brilliant job – balancing colours and spotlight to make my job rather easier than certain underground railways I could mention. 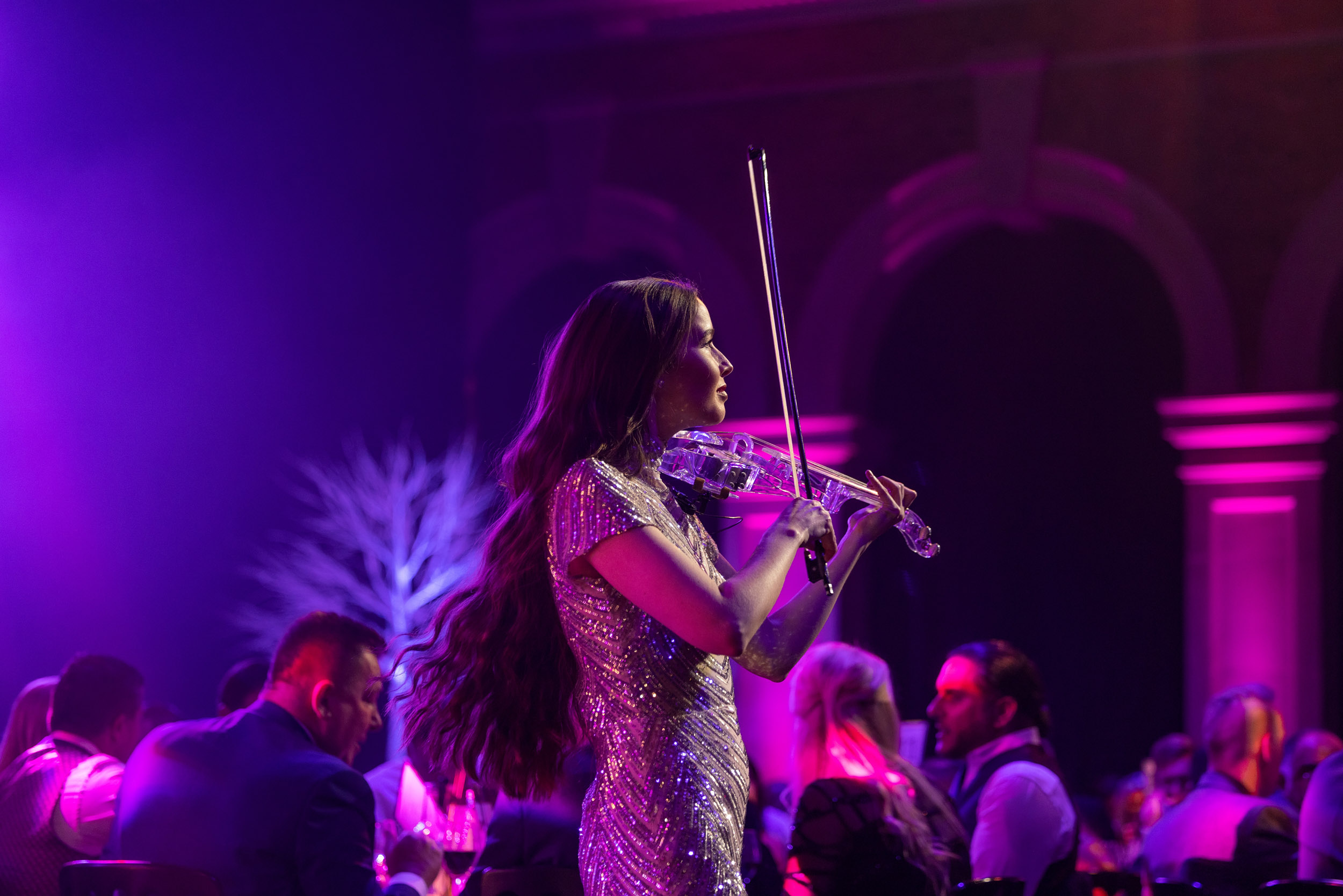 The Terrence Higgins Trust parliamentary reception for World AIDS Day featured some brilliant characters – not least the Speaker, who was kind enough to host it in his residence. 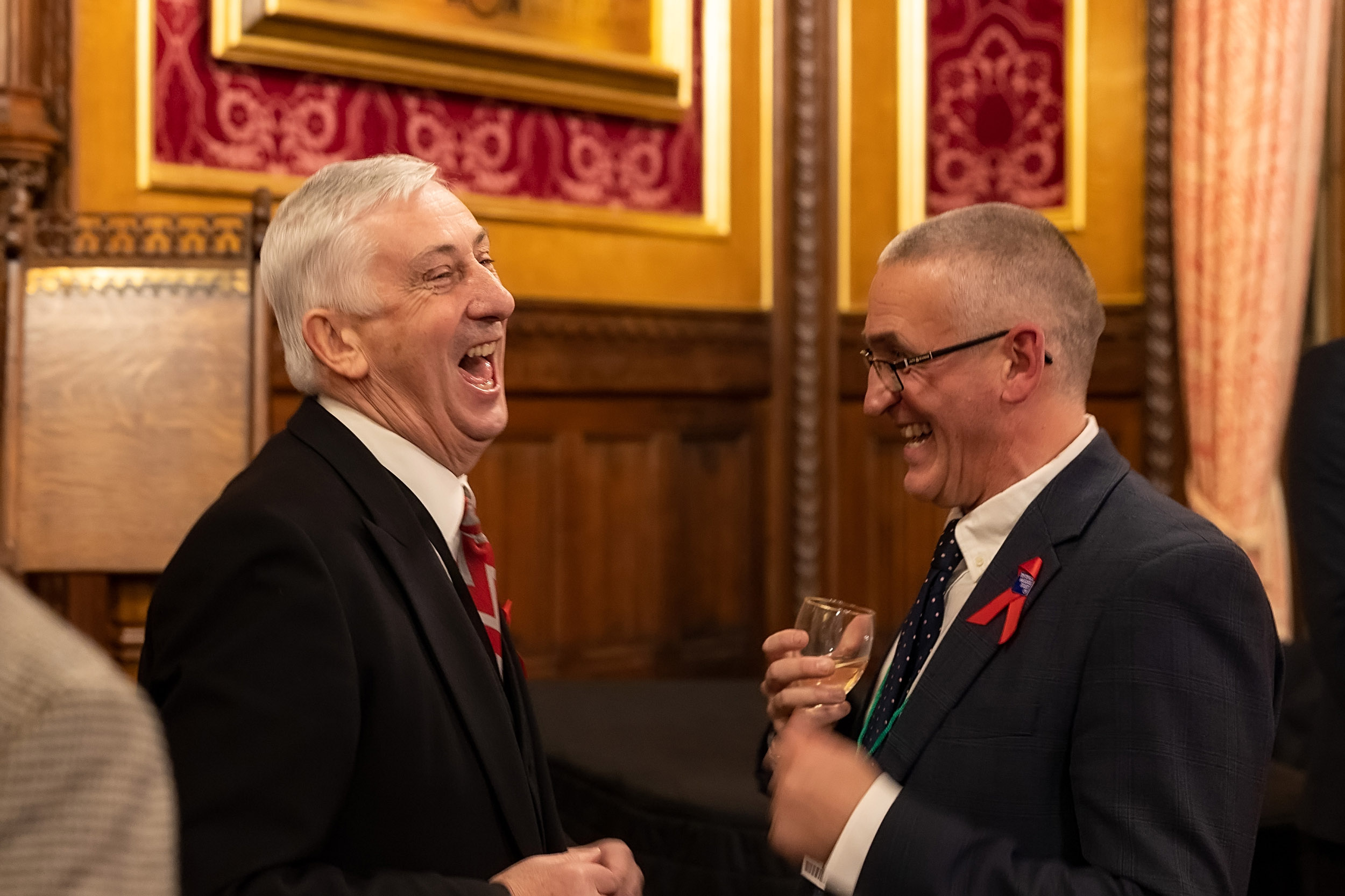 Last dog one, promise. Battersea, again, and their Carol Service with Dogs – a riotous Chelsea singalong with some very good boys and girls. 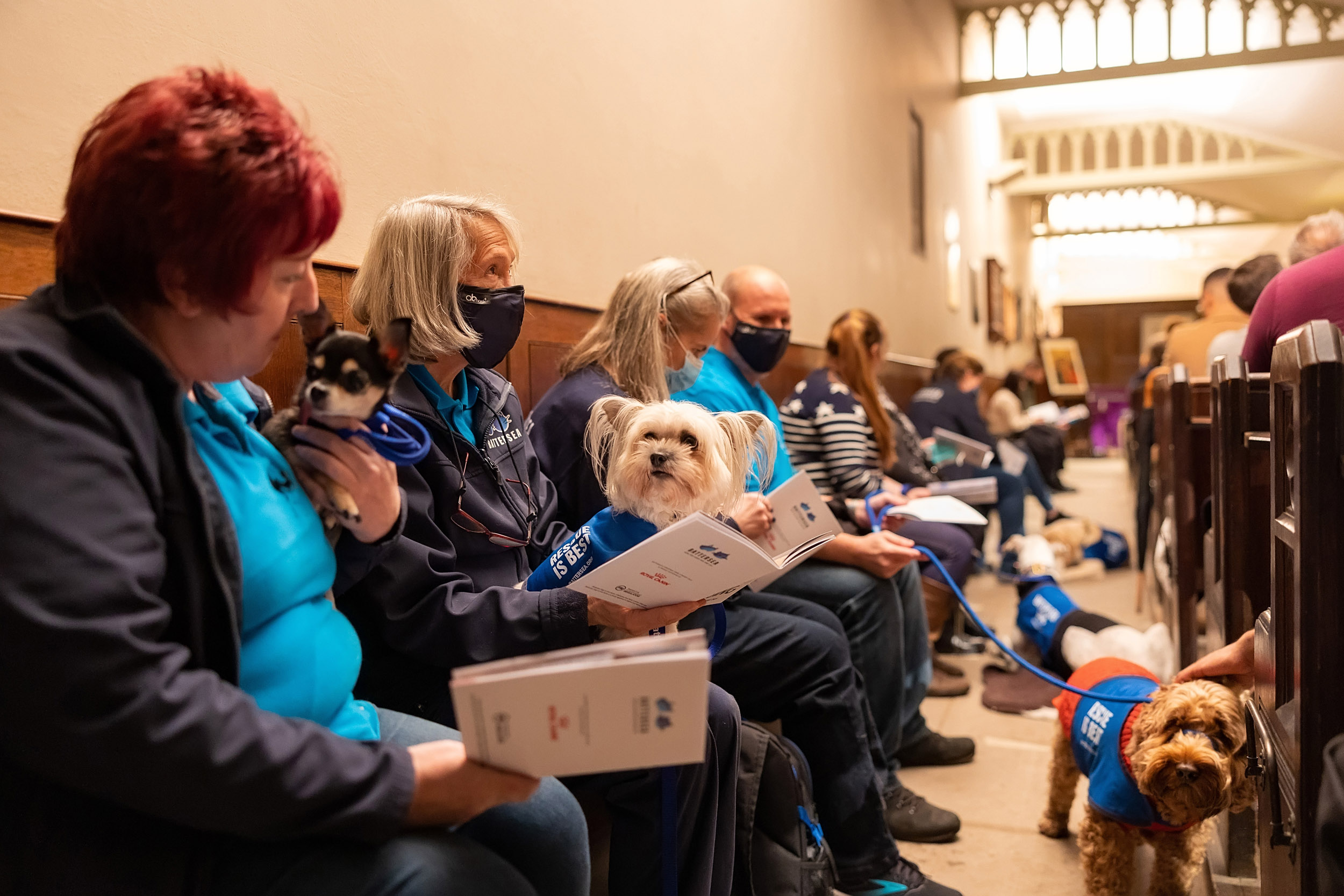 And to the last gig of the year. Brian Cox and Robin Ince and their Compendium of Reason. A few thousand brave souls masked up, defied Omicron (maybe), and got royally entertained by Nina Conti, Marc Almond, Sophie Ellis-Bextor, Boy George and a few others. I’m a massive Nina fan, and getting to meet Monkey backstage was unforgettable. 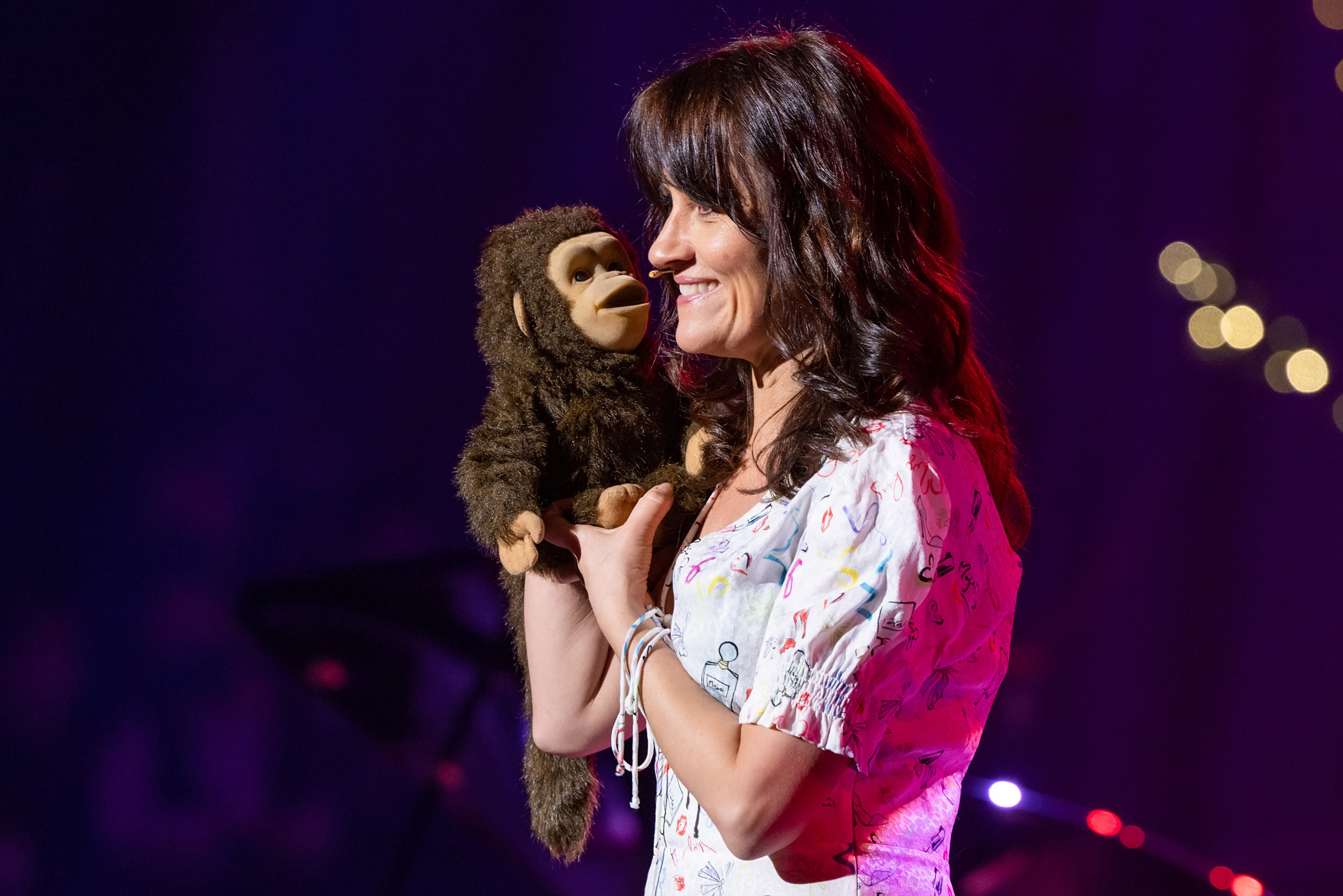 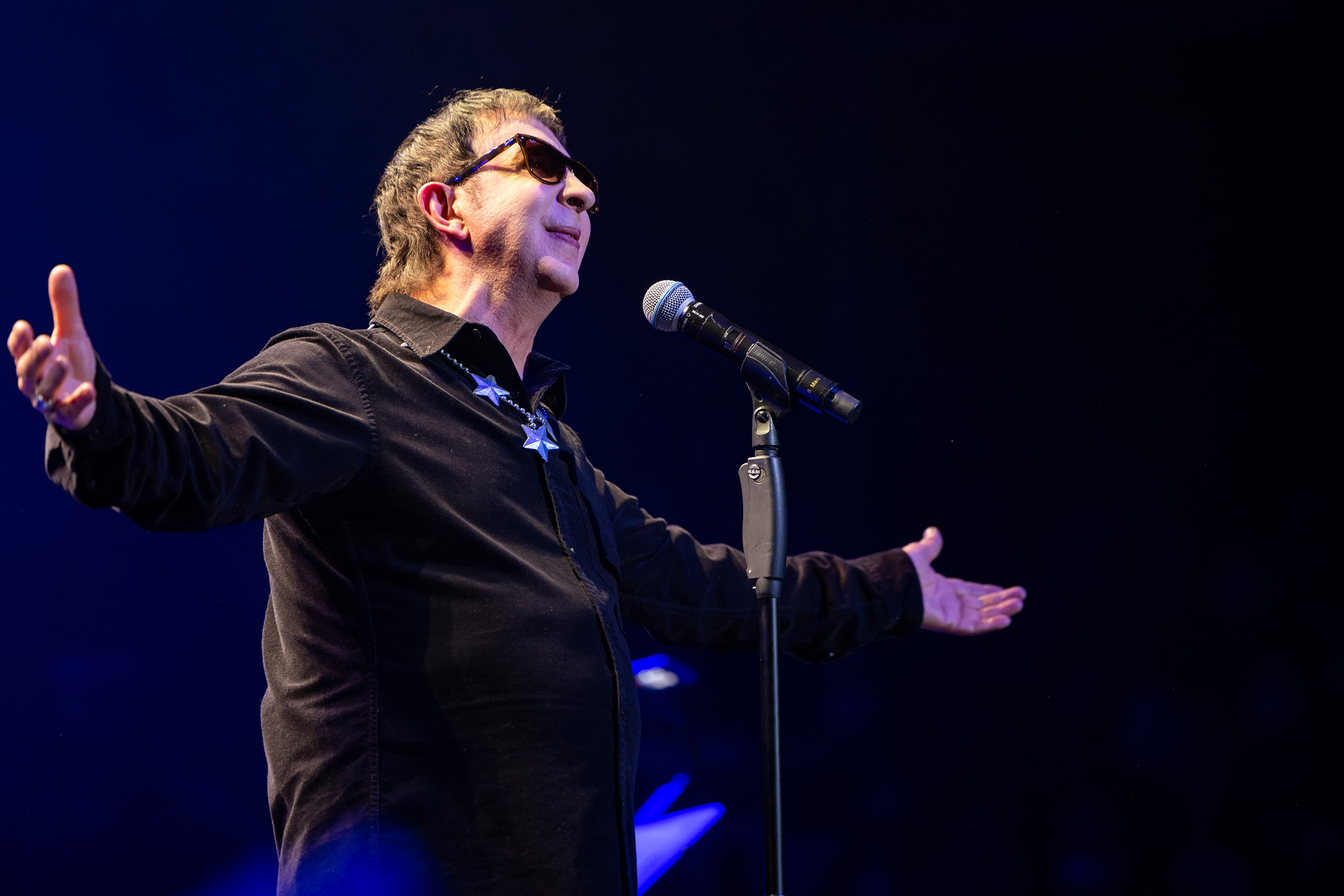 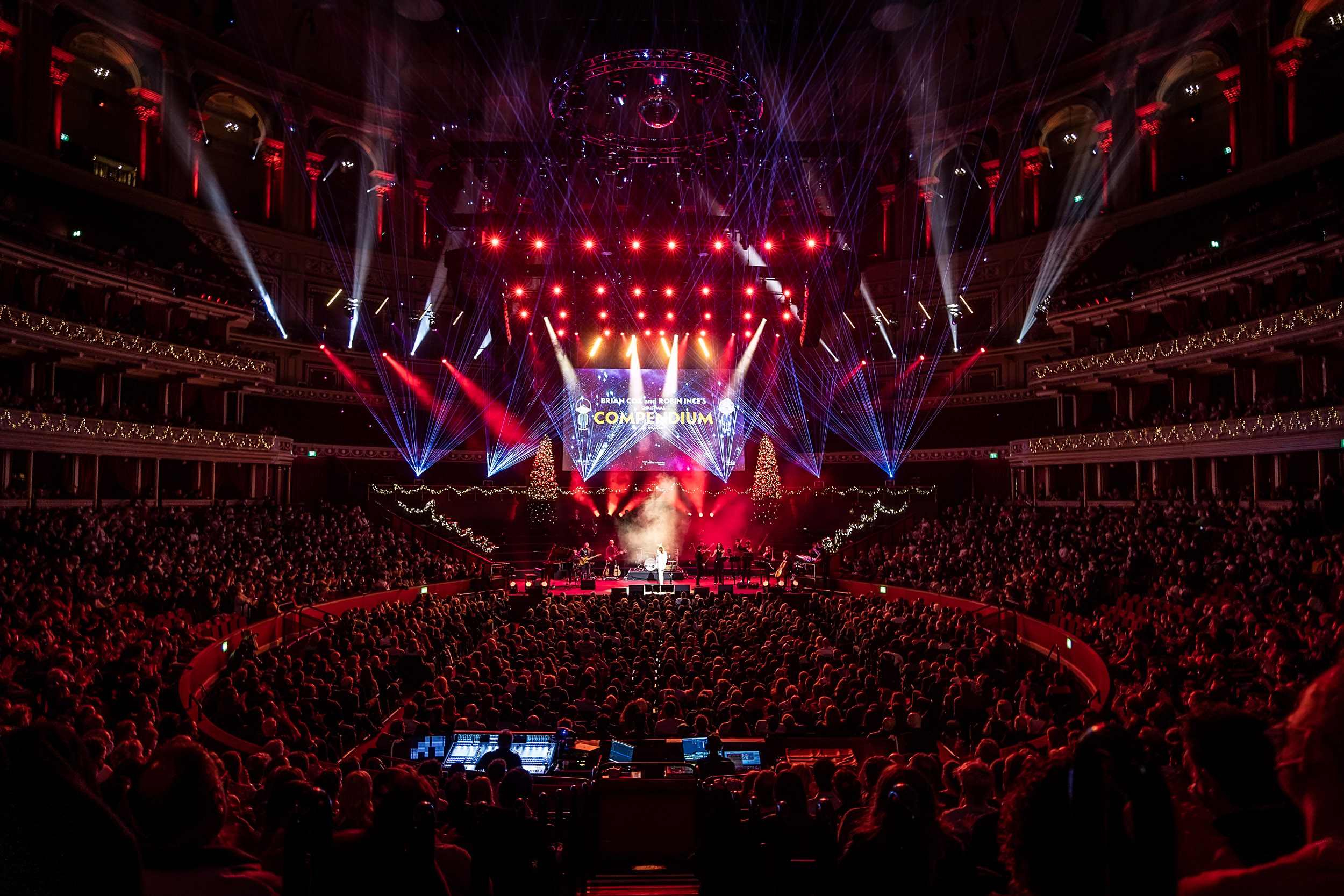 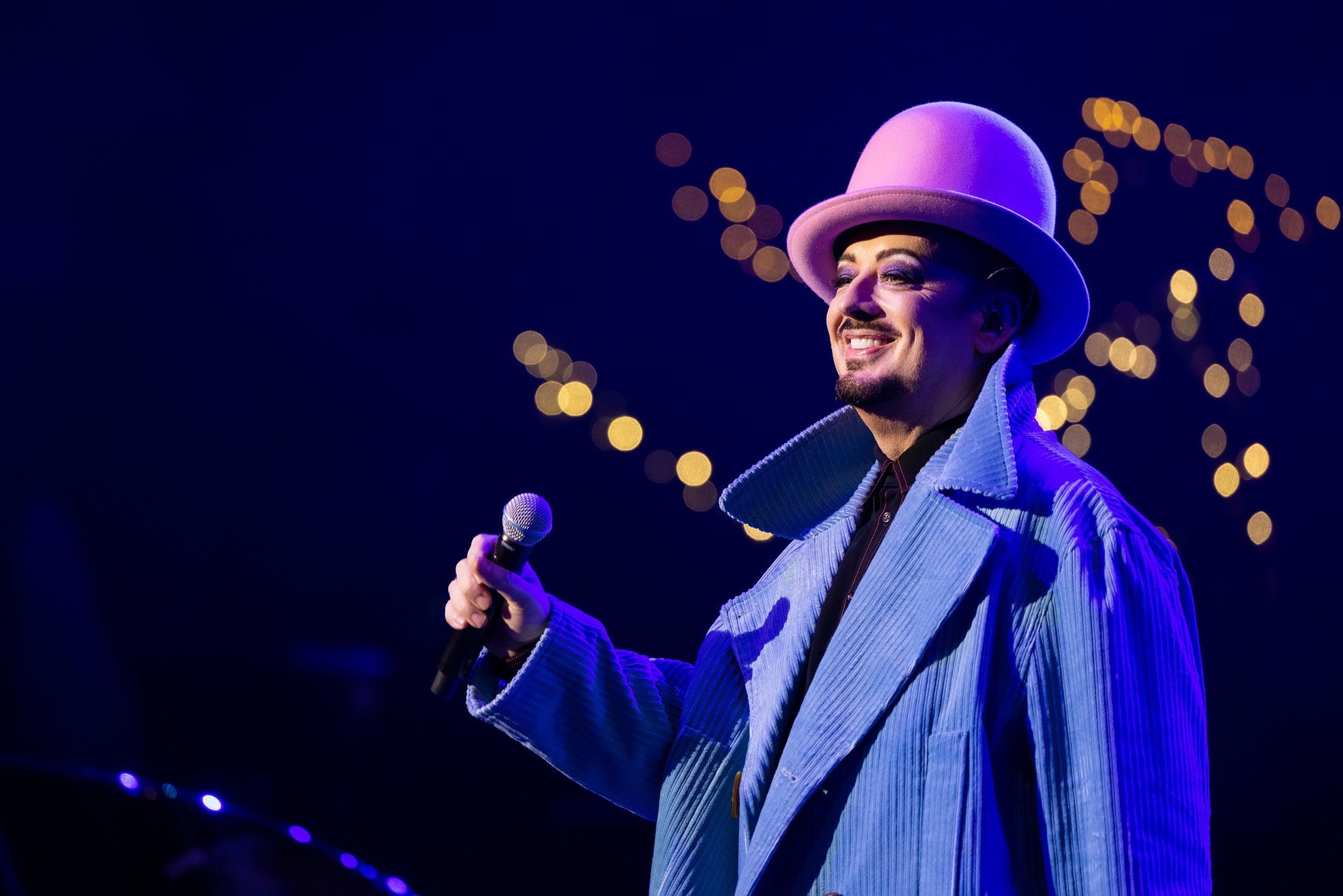 Enormous thanks are due this year not just to clients and friends who commissioned and inspired the work, but to my community of photographers who really did miracles coming together to cover gaps when isolation and illness made the last part of the year in particular a bit difficult.