1980. Sharp suits. Wraparound shades. Pork pie hats. The days when we had proper fashion tribes, and a row of button badges down the (narrow) lapel – or on the inside of it in the case of a school blazer – was enough to indicate allegiance and provide that little inner glow of belonging.

Too Much Too Young came out when I was 11. ELEVEN. And I loved it. I couldn’t make out half the lyrics, and much of what I could was a mystery of long words that I could definitely say were Naughty, even if I wasn’t sure why. The 2 Tone rude boy posing with the shades and hat? I could draw him perfectly back then AND against a big checkered background. When Dance Craze came out, it was even more exciting than Grease had been a few years before.

I saw Madness in the flesh back in 1982, but had never seen the Specials. Now, 35 years later in July 2015, I was doing exactly that. I wasn’t going to take pictures that night – after a mad month of gigs I was there to listen and dance – but of course I couldn’t resist grabbing one or two.

The Kew summer concerts are superb. I used to go when Jools Holland was the big feature. He’d usually tuck Rico Rodriguez into the line-up somewhere, even well into his 70s, so I guess I had seen a sort of a bit of The Specials after all. That trombone. Yeah, you know the one. The soundcheck, and the truncated swirl of a Hammond organ. Oh yes.

Interesting crowd. Very. Interesting. While I could remember pretty much all the lyrics to all the songs, I’d forgotten some of the other details. Like the skinhead thing. The unreconstructed rawness of their following. In plain terms, a bunch of really hard bastards in braces and cherry boots. (At one point, a Fred Perried guy MARCHED through the crowd. I don’t mean through the gaps in the crowd. I mean over the people. Bit scary. If Carlsberg did steamrollers…)

This isn’t a music review as such, just a few reminiscences and pictures, but some quick notes anyway (click on any of the pictures and they’ll open bigger, and you can flick left and right through them):

Ghost Town was a muted opening (though I don’t know what would have been better – Guns of Navarone, maybe?) Terry Hall was hunched, hiding, almost like he didn’t want to be there. The crowd roared it all into life, anyway. 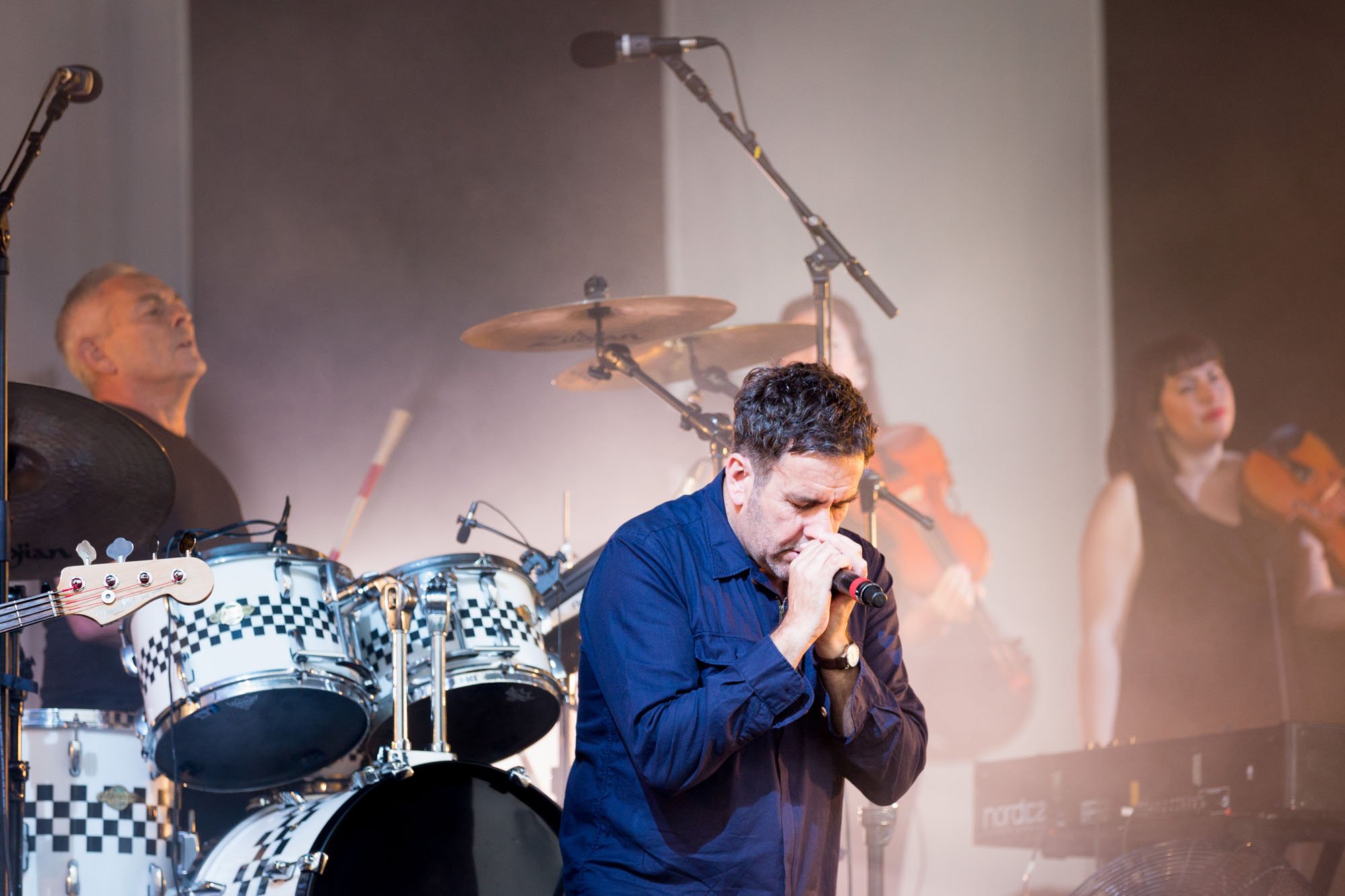 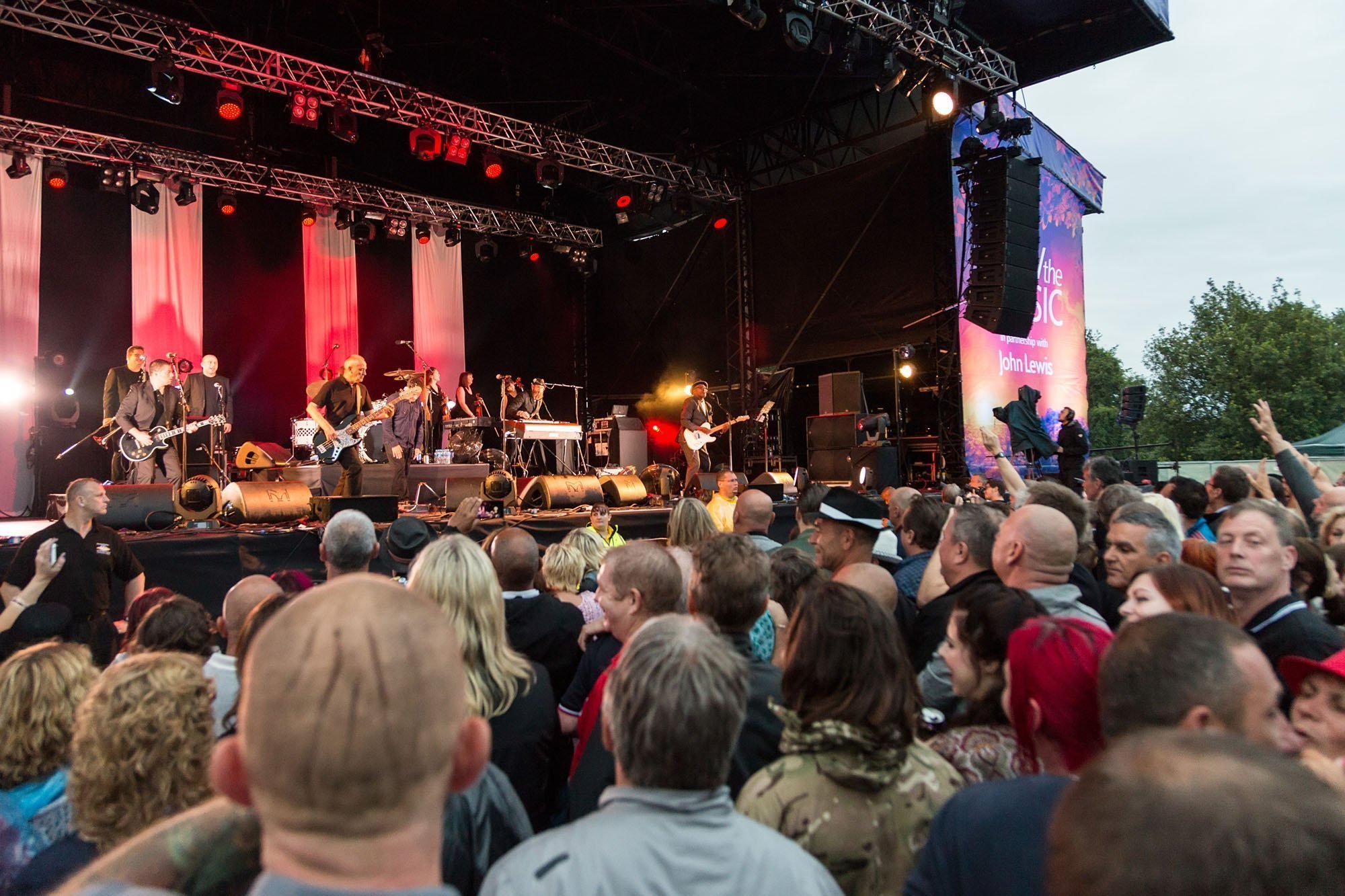 I think I’m right in saying there were four of the original line-up on the stage (though the overall sound was as tight and consistent as ever). Amazing performances from all of them – Terry on vocals, Lynval Golding on guitar & vocals with the job of winding the crowd up to fever pitch, John Bradbury electrifying on drums – and the real stand-out for me, Horace Panter on bass. Horace was On Fire. Huge fingers slapping and racing across the frets, as he leapt and hurled himself back and forth. Pushing 62, and with more vigour than many guitarists I’ve seen at a third of his age. 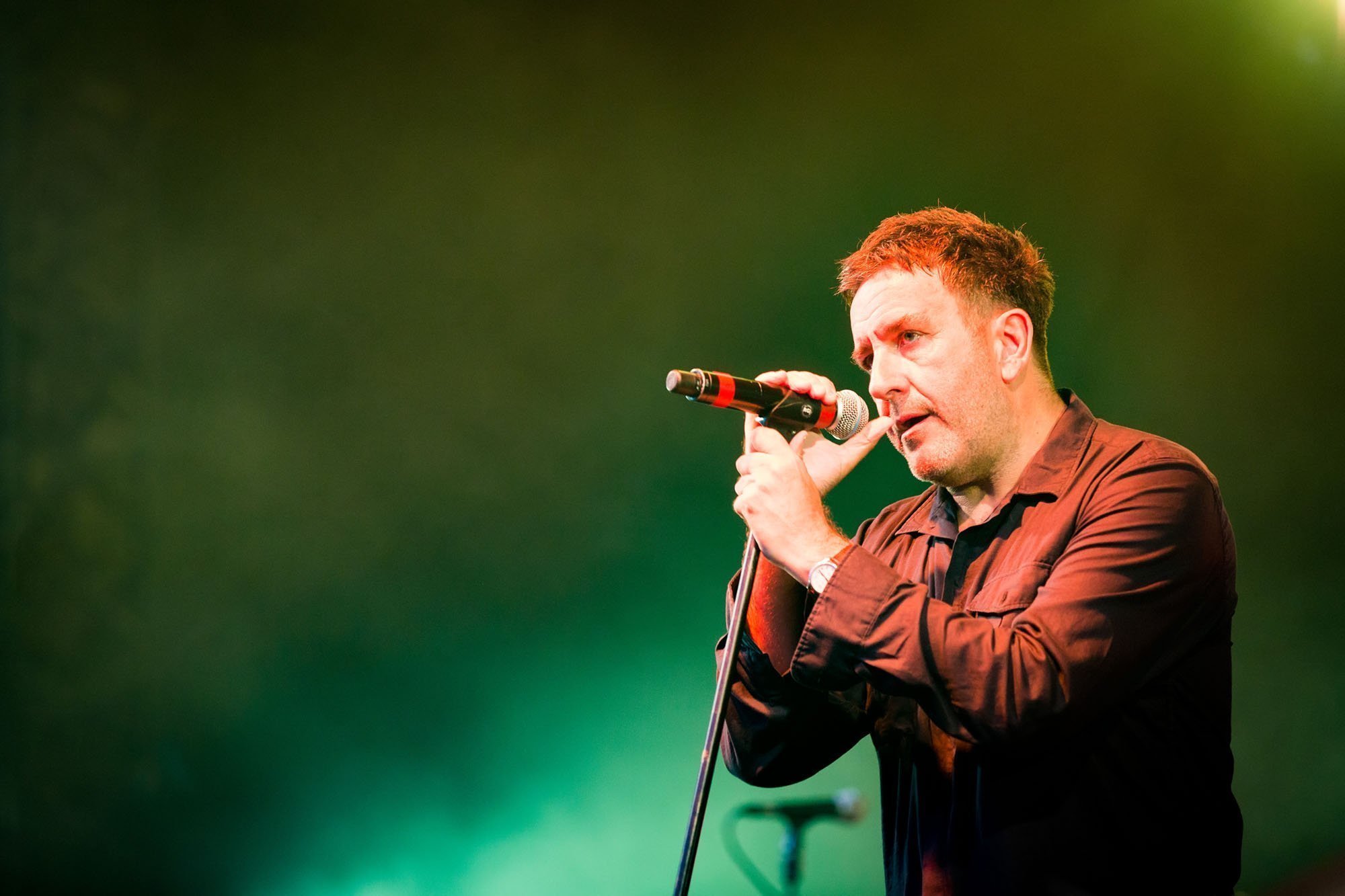 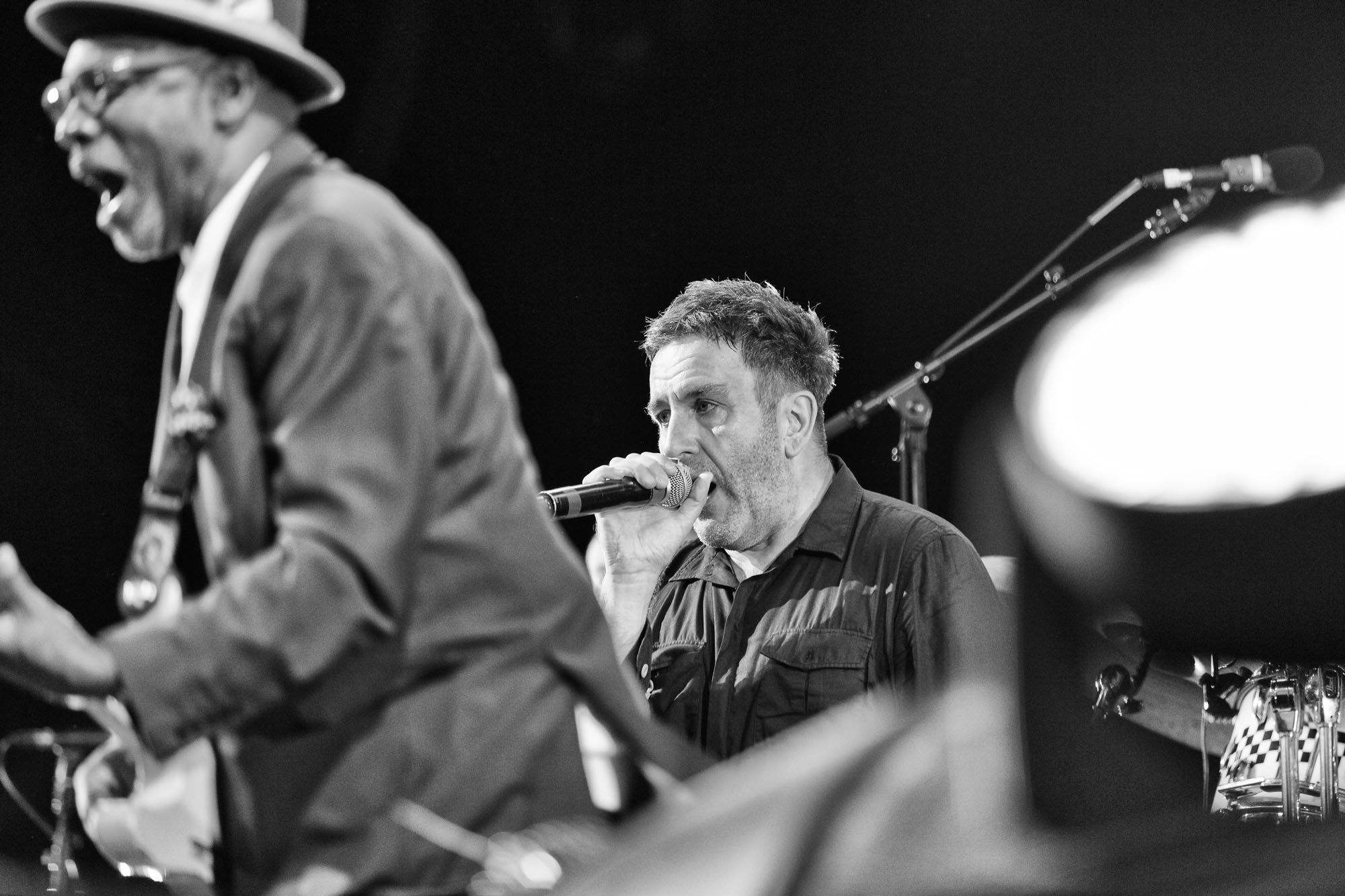 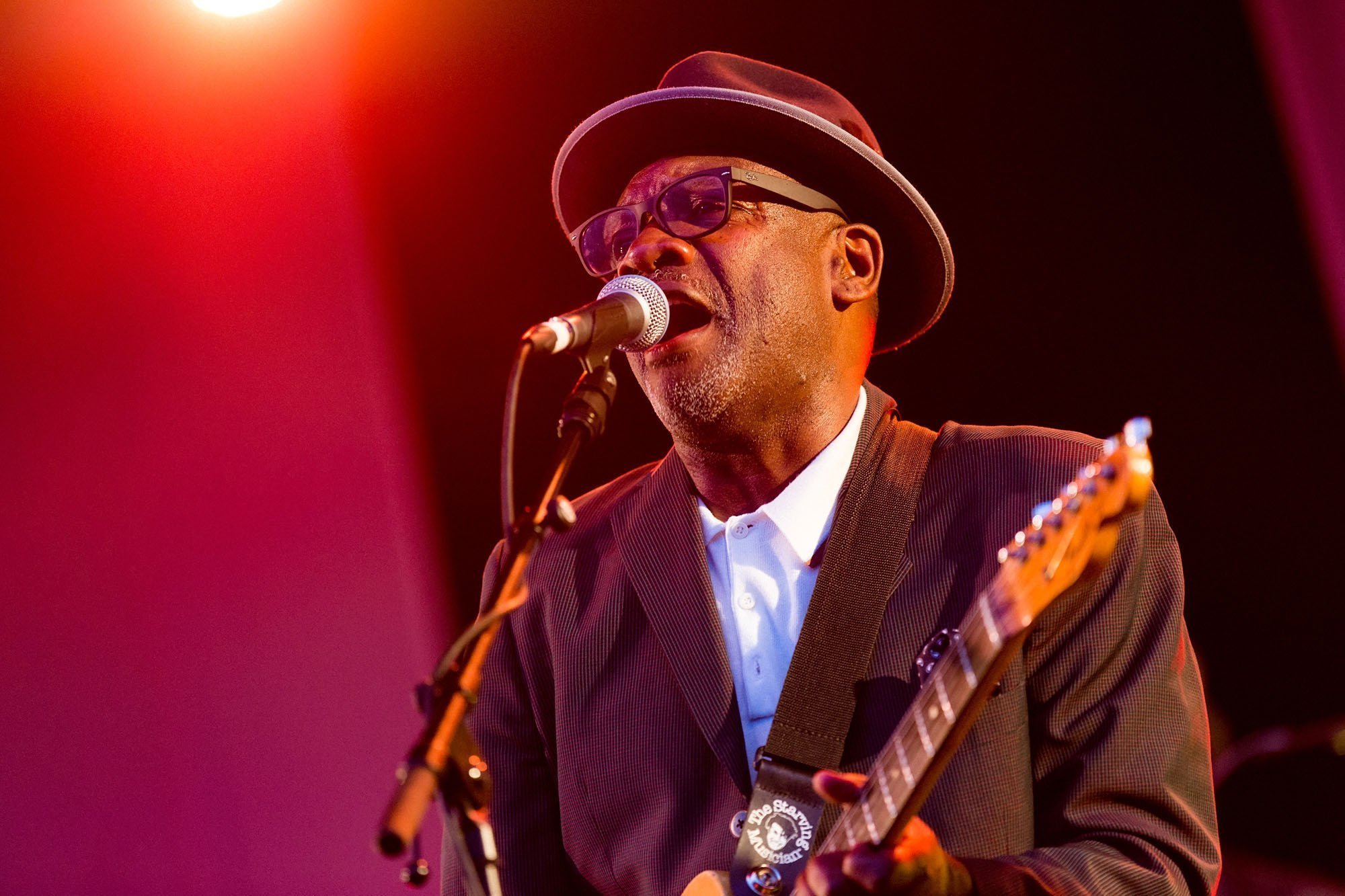 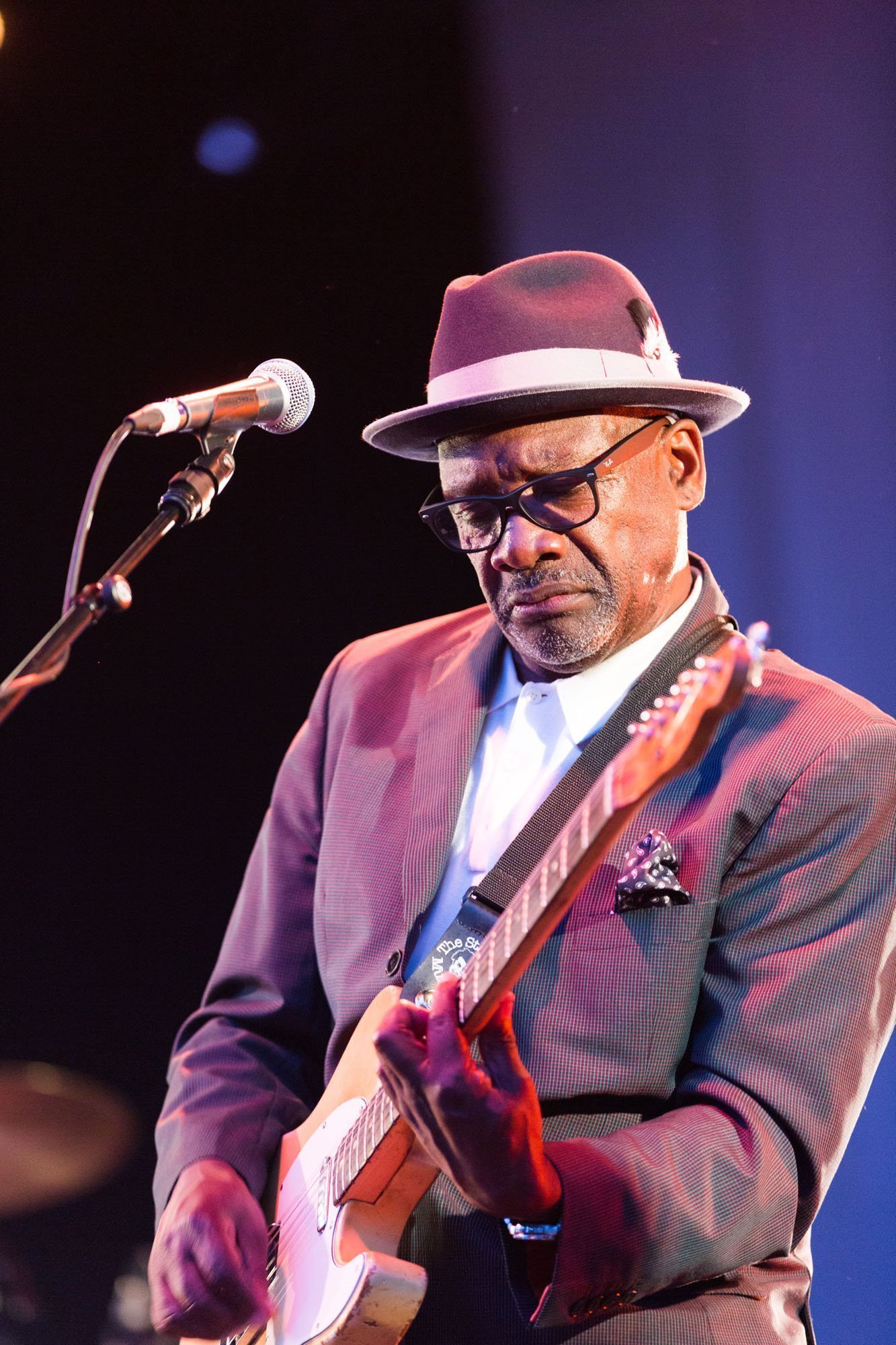 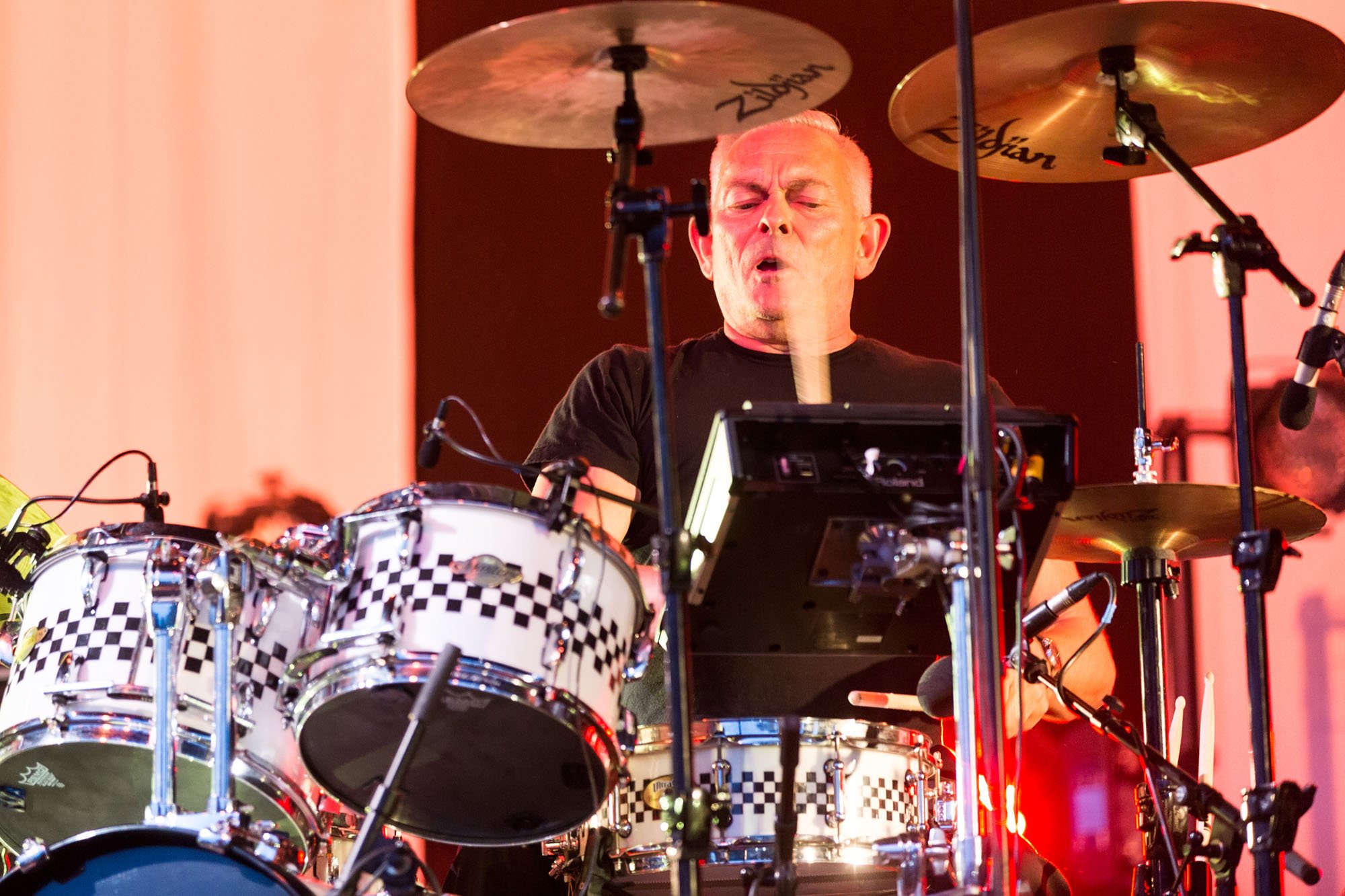 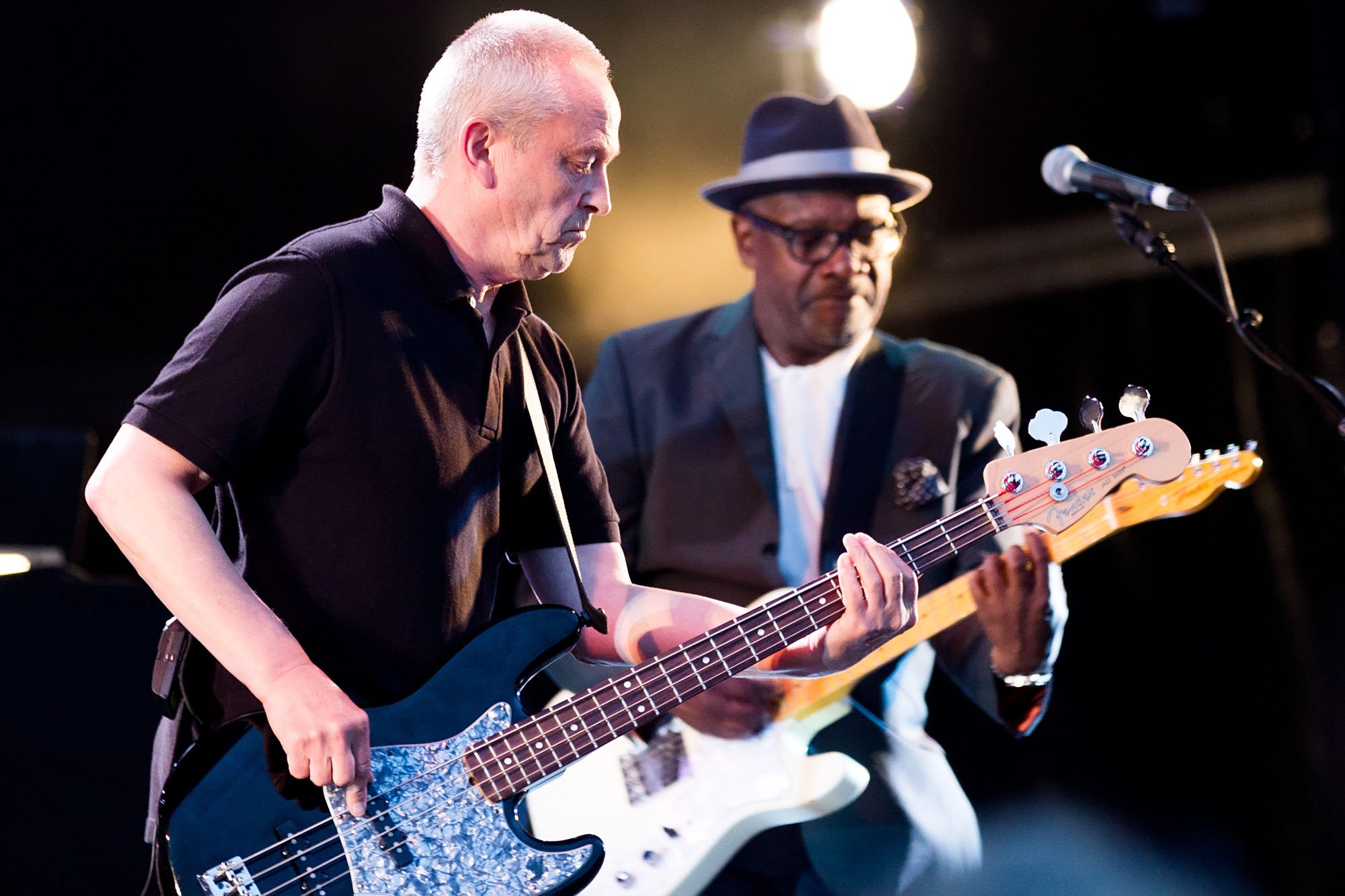 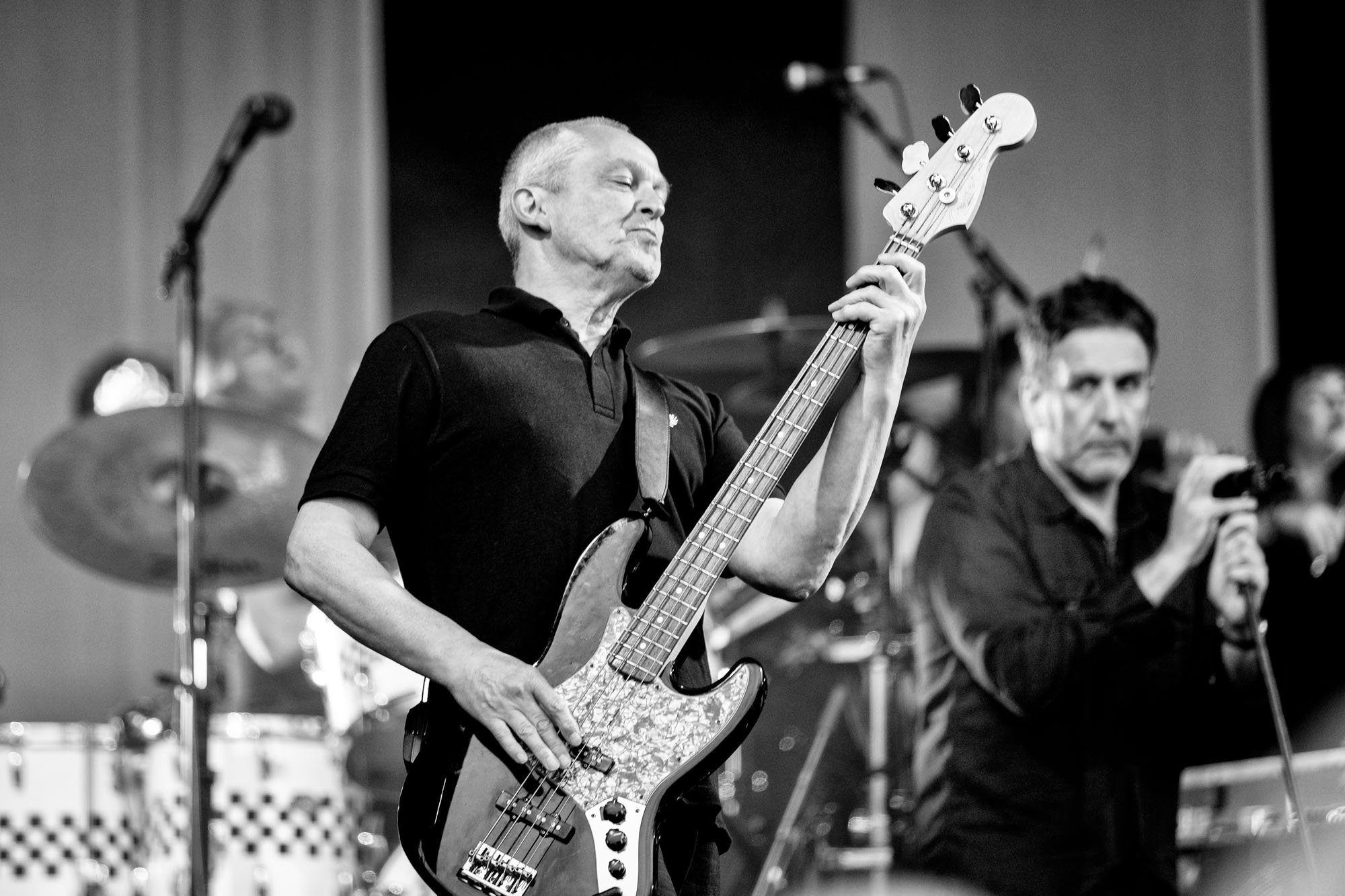 The rough, shouty stuff – like Do The Dog – was fantastic. Fag-stained, lager-greased throats in unison, punching every word at the quivering air. It started to get really messy in the mosh, so we headed for the very front but out to the side. Better views, and not quite so dangerous. The kids lapped it all up. 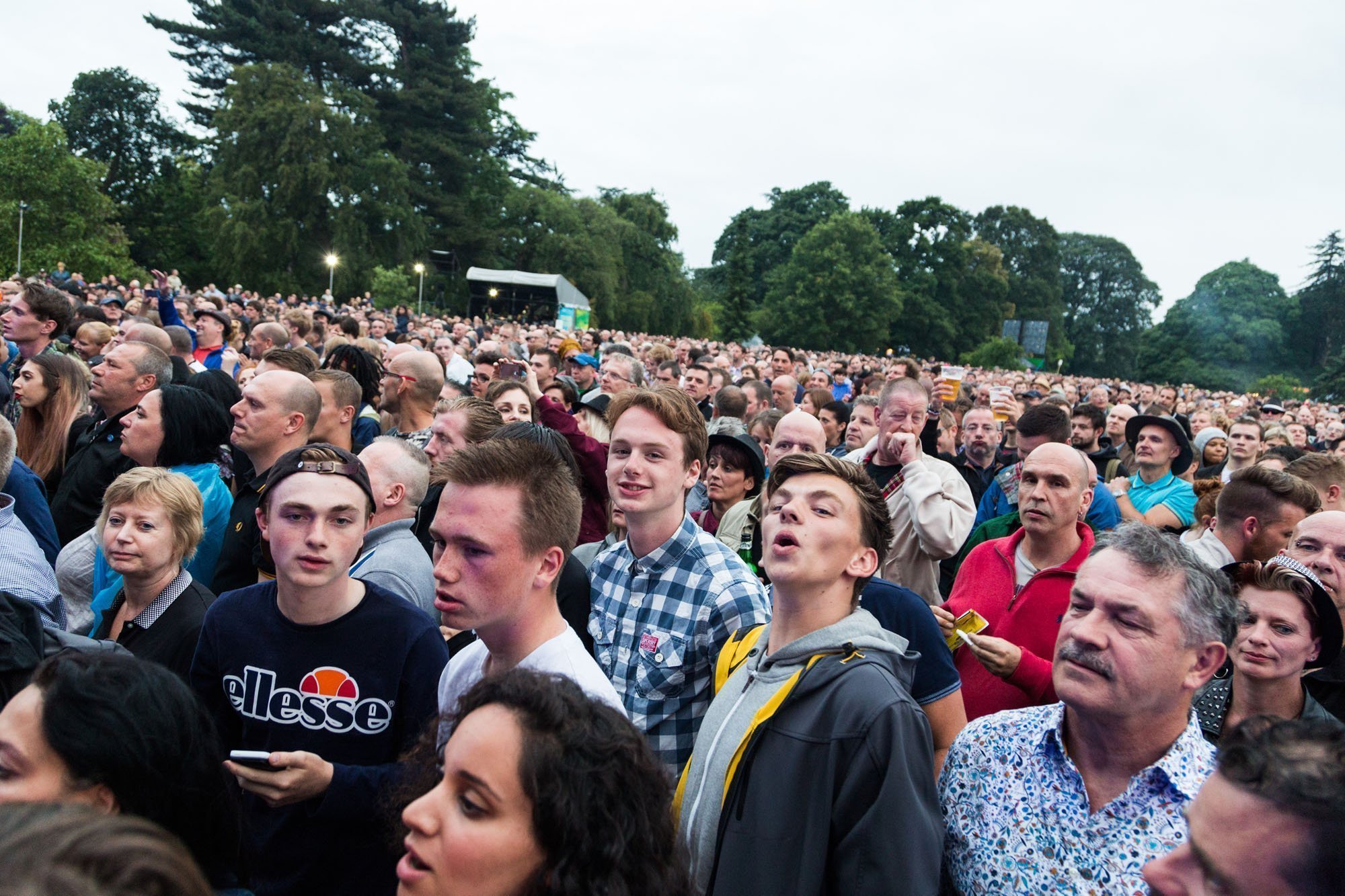 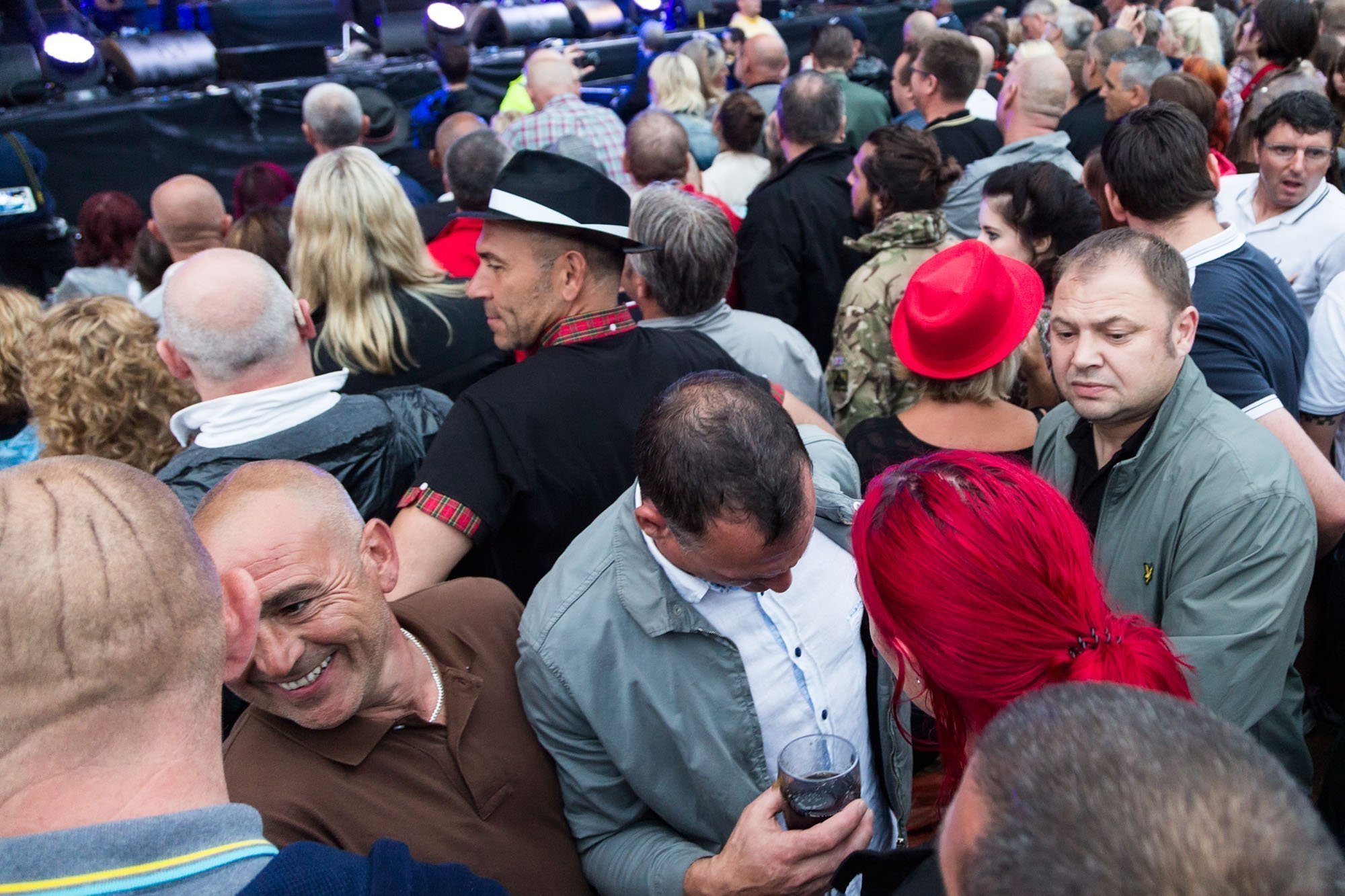 Dawning of a New Era – that almost upset me, for some reason. A sudden bathetic cast to the lyrics; was it all now more sunset than dawn? Terry still has the same insanely young face, but there now seemed to be tiredness hanging in the air, and remembering the sheer blast of energy at first hearing its licks and riffs… Ahhhh. 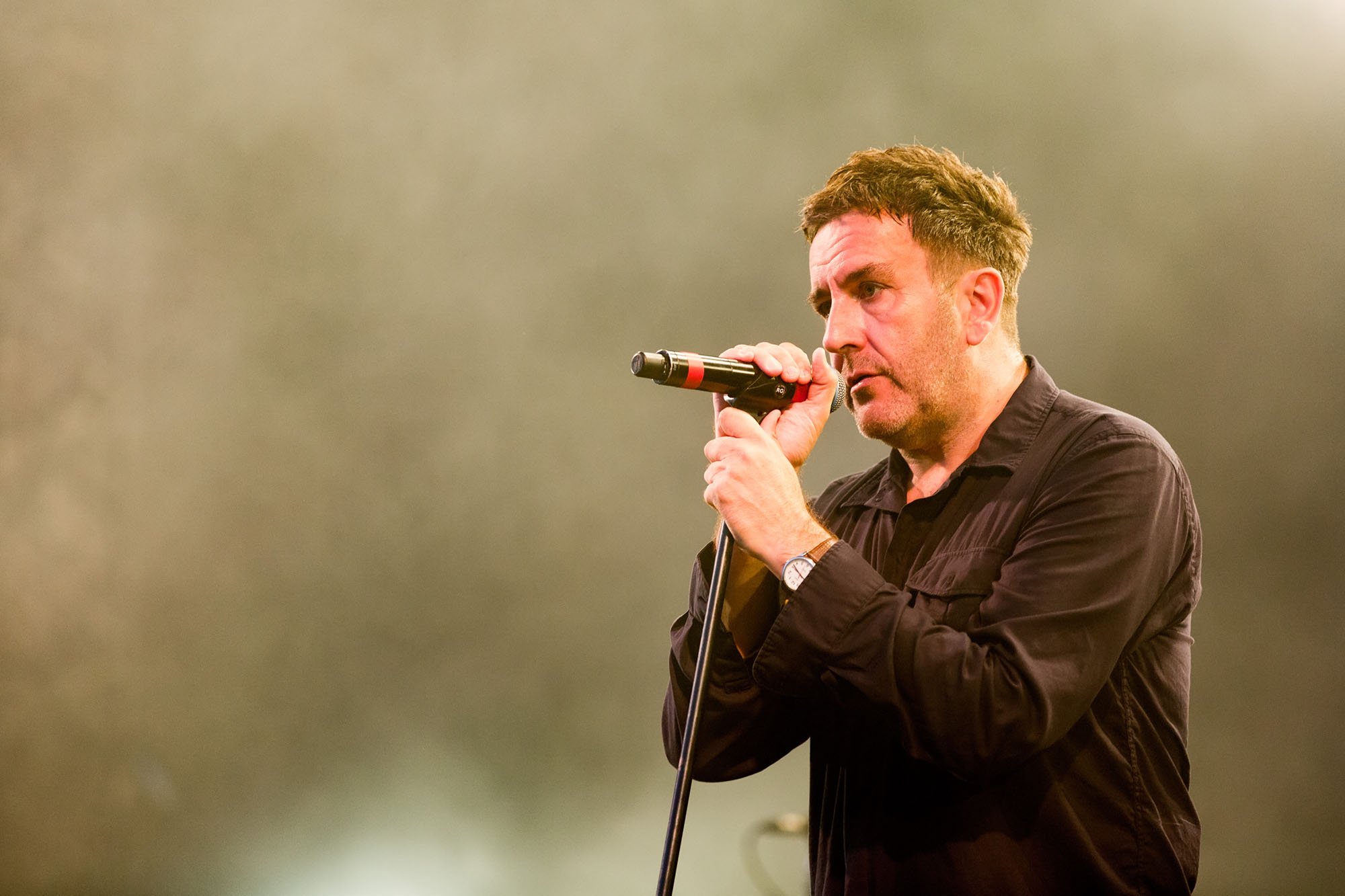 It was whiter than I’d expected, too. Wasn’t 2 Tone all about integration? Not so much of that to be seen in southwest London that night, anyway. 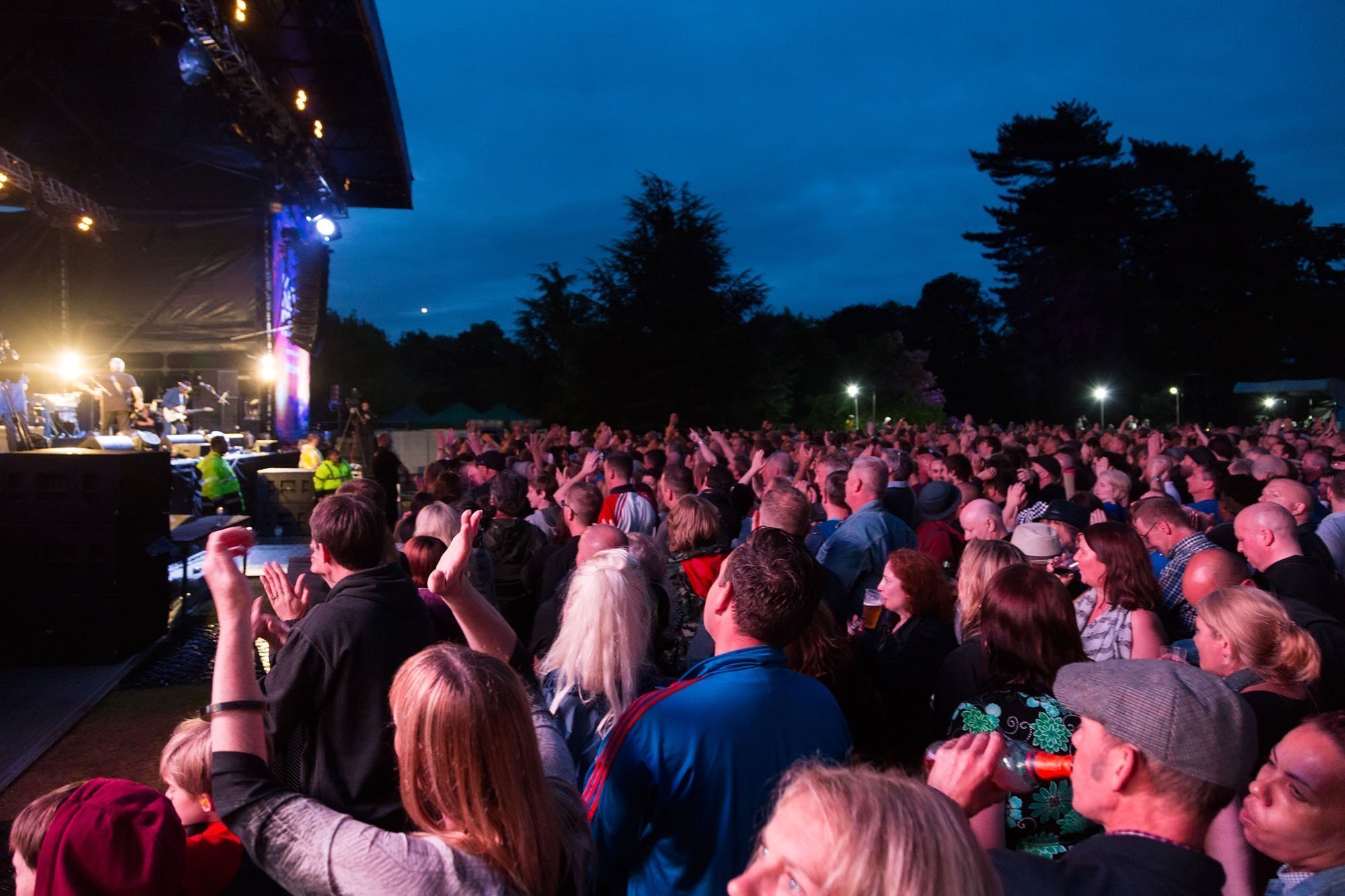 Did a dash for the exits straight after Too Much Too Young to stop the kids getting moonstompeded, and the closing encore of Guns of Navarone bounced off the Palm House as we passed. The echo of the horns, the roar of the army of Steves, Daves and Rons behind us, and a glow of satisfaction in my eyes. Achievement unlocked. 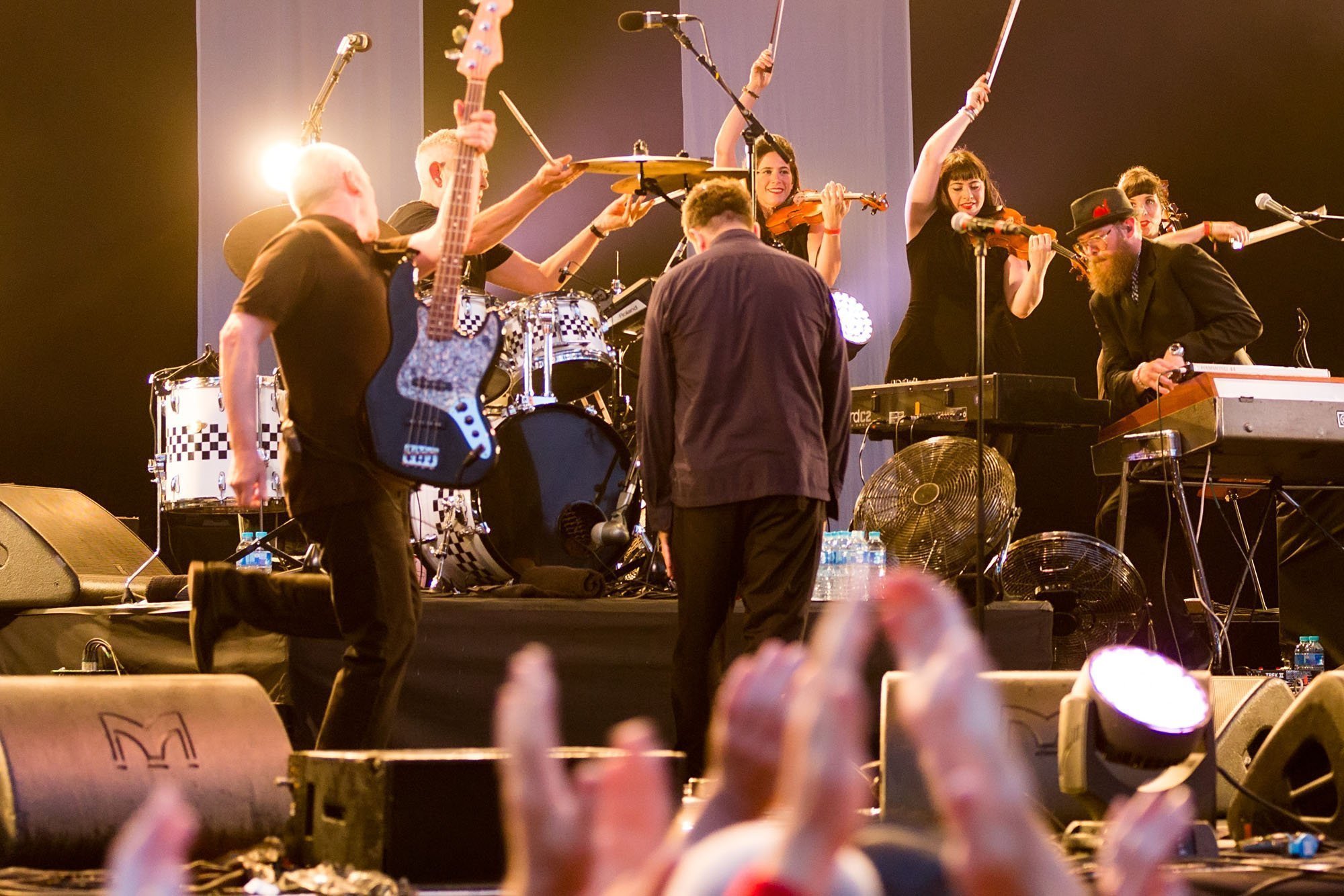 PS. There would have been more crowd pics, but I really did think I’d get battered. How very retro.