The year everything changed.

Personally, professionally – well, you can imagine what sort of havoc the pandemic has wrought on a photographer’s life and business. Many others had it far worse, of course, but there was no government grant of any sort available to me, and it’s been…tough.

As a year in photos? A couple of months of relative normality (but even then with portents hanging in the air), and then… whoah.

Anyway. January. I had to be in Parliament Square at the moment we formally left the EU. It was horrendous. Lurching drunks, singing and ranting. Quite possibly the worst ‘talent’ on a stage I’ll ever have the misfortune to see, and an air of pure nastiness as the chants filled the night air. Even then, London had an apocalyptic feel. 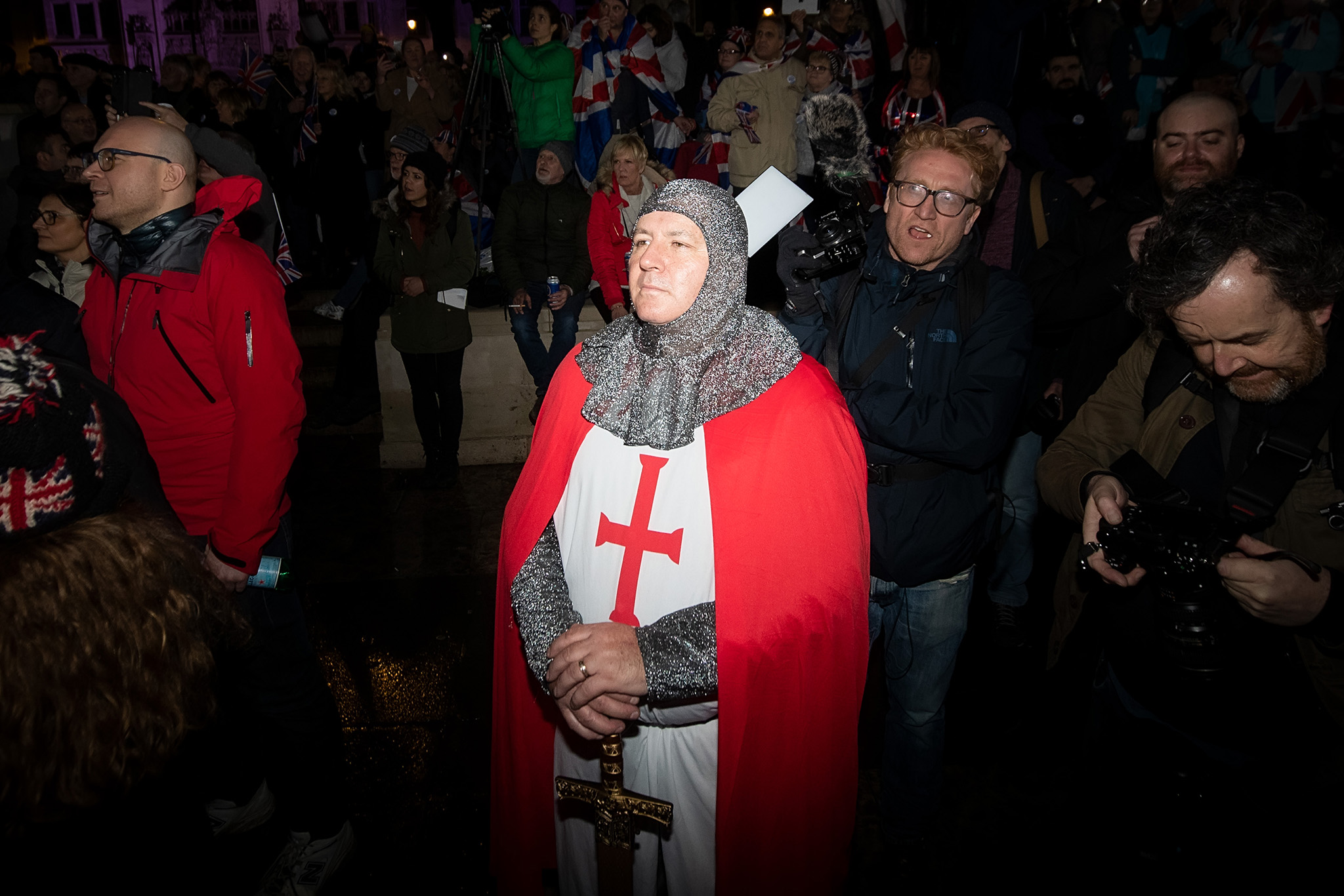 There were also outbursts of normality. A weekend in Cardiff with the NHS, for their annual hack day. Healthcare innovation without much mention of novel diseases or epidemics. 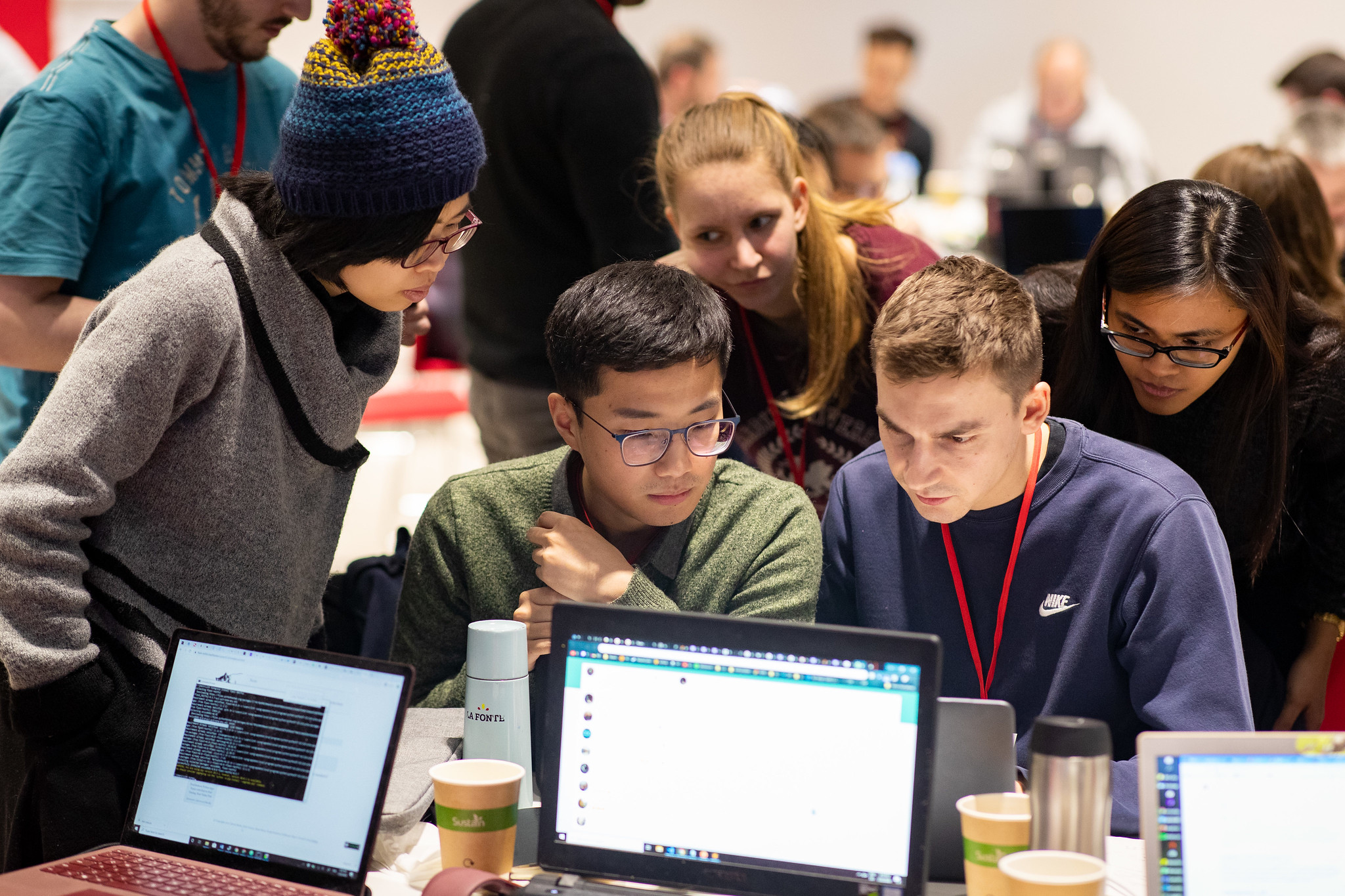 And portraiture for some of my favourite people in the legal world, in a fascinating practice that gets stuck into fraud and other white-collar nastiness on a global scale. Good people, and very far from dusty legal stereotypes. 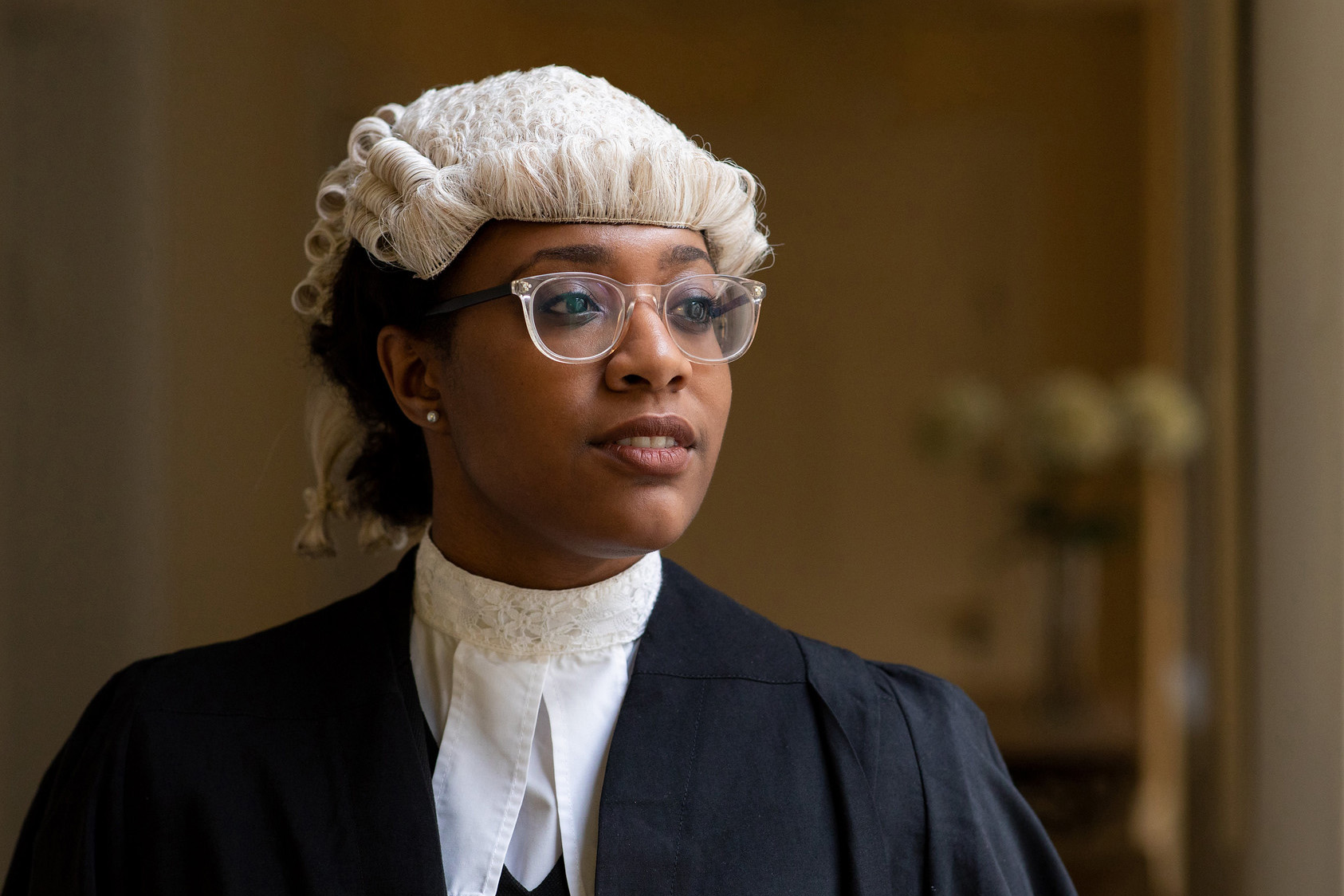 I enjoyed, as ever, playing with London skylines and cityscapes, and having been struck by the colours and textures of Shadwell Basin in a panoramic shot a few years before, went there in January to see the City from a different angle. 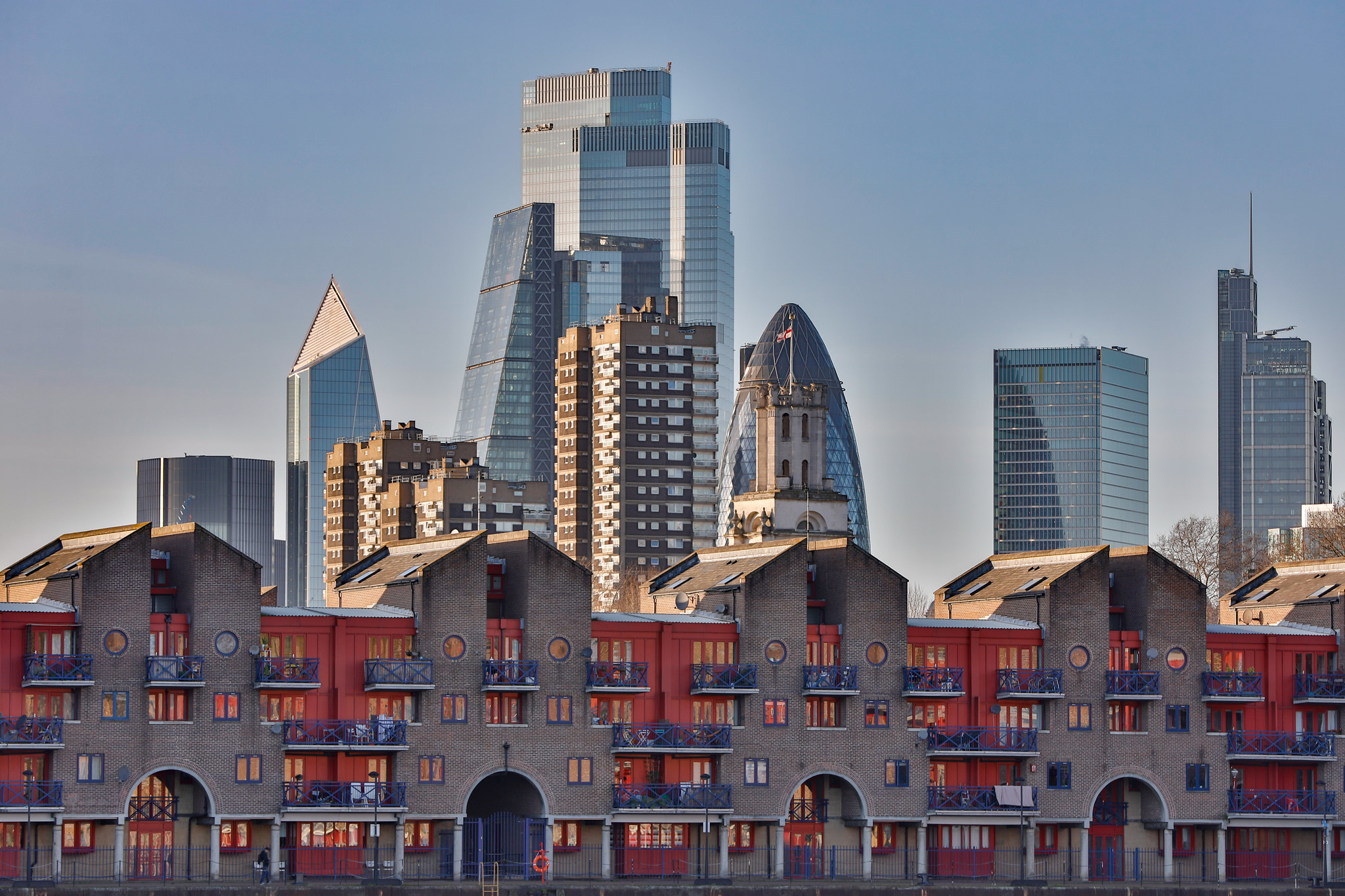 And in the glamorous world of the movies, the Oscar nominees’ London reception was lit up by Sandy Powell and the suit she wore to all the big awards events to raise money to create a visitor centre at Prospect Cottage, Dungeness (Derek Jarman’s old place). Here, The Joker director and star, Todd Phillips and Joaquin Phoenix, are adding their names. 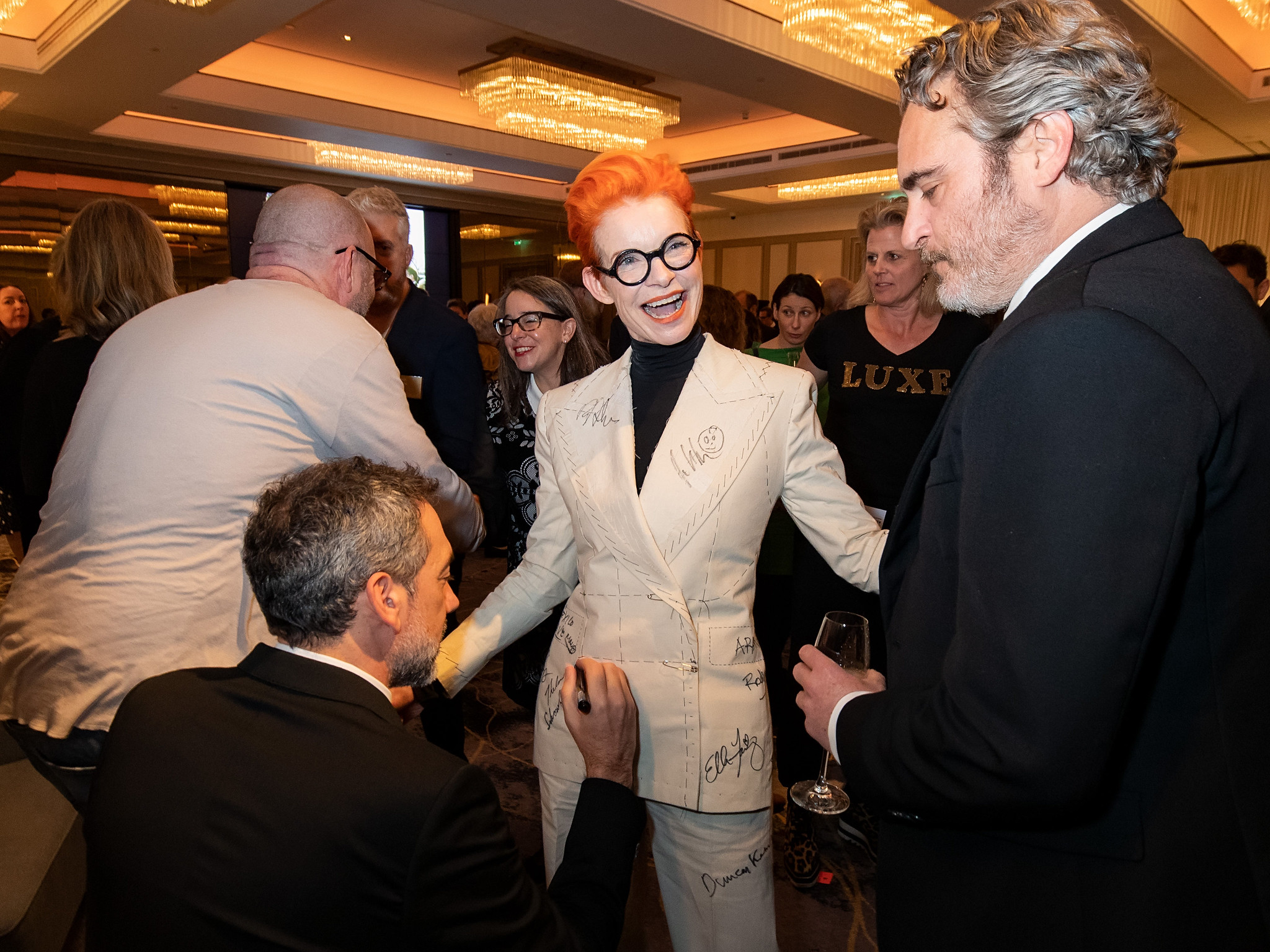 February: we were still doing normal things! If you’d told younger Paul that one day he’d be riding a brand new motorbike to take pictures of Kelly Brook flipping pancakes… well, I think he’d probably have taken that, to be honest. 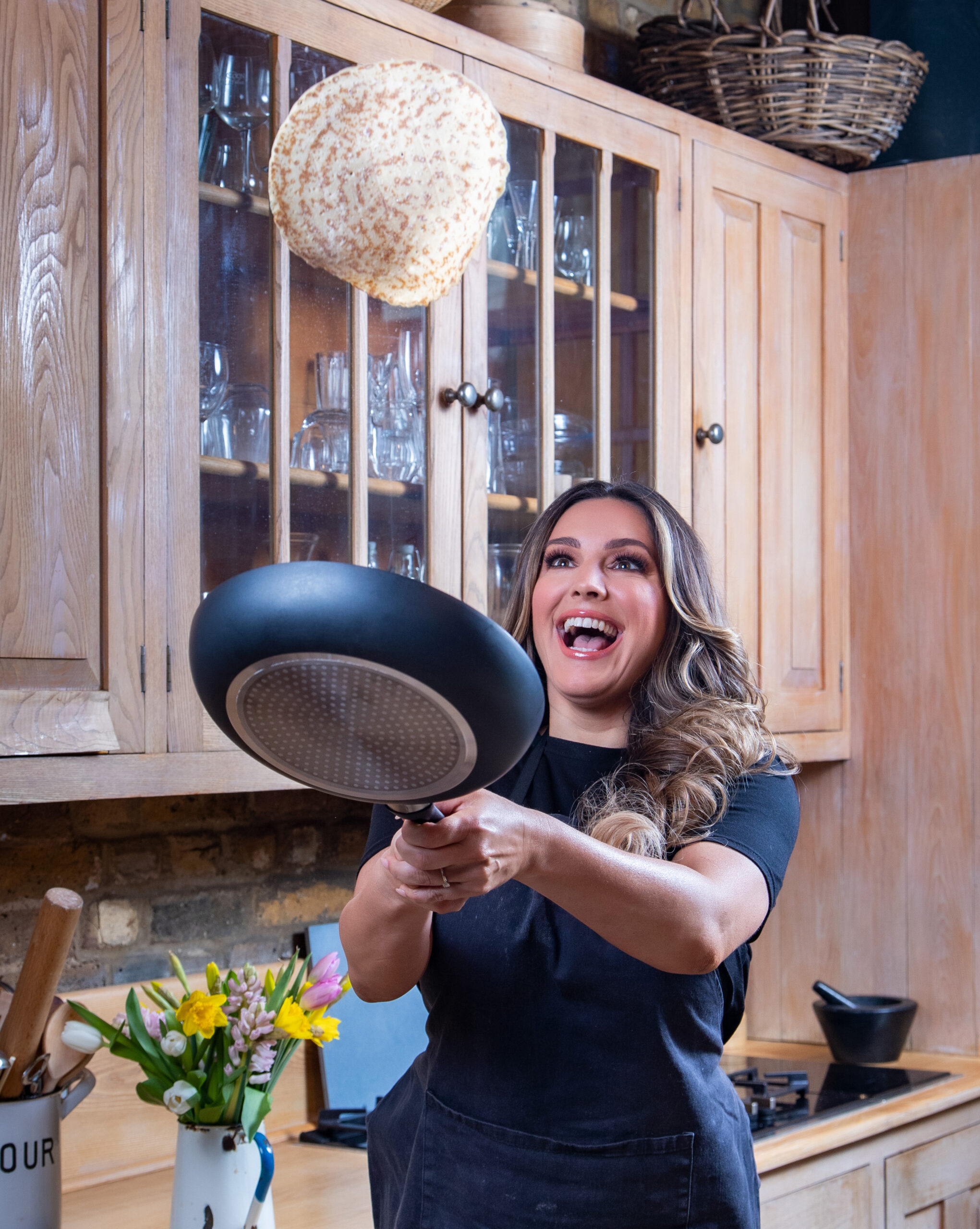 Scene of last year’s Pancake Man moment, back to Guildhall Yard for the race again. A different view this time, but it’s notable that only a couple of people working on the actual pancake cooking stand were wearing masks… That whole site is currently a Covid testing area, by the way. 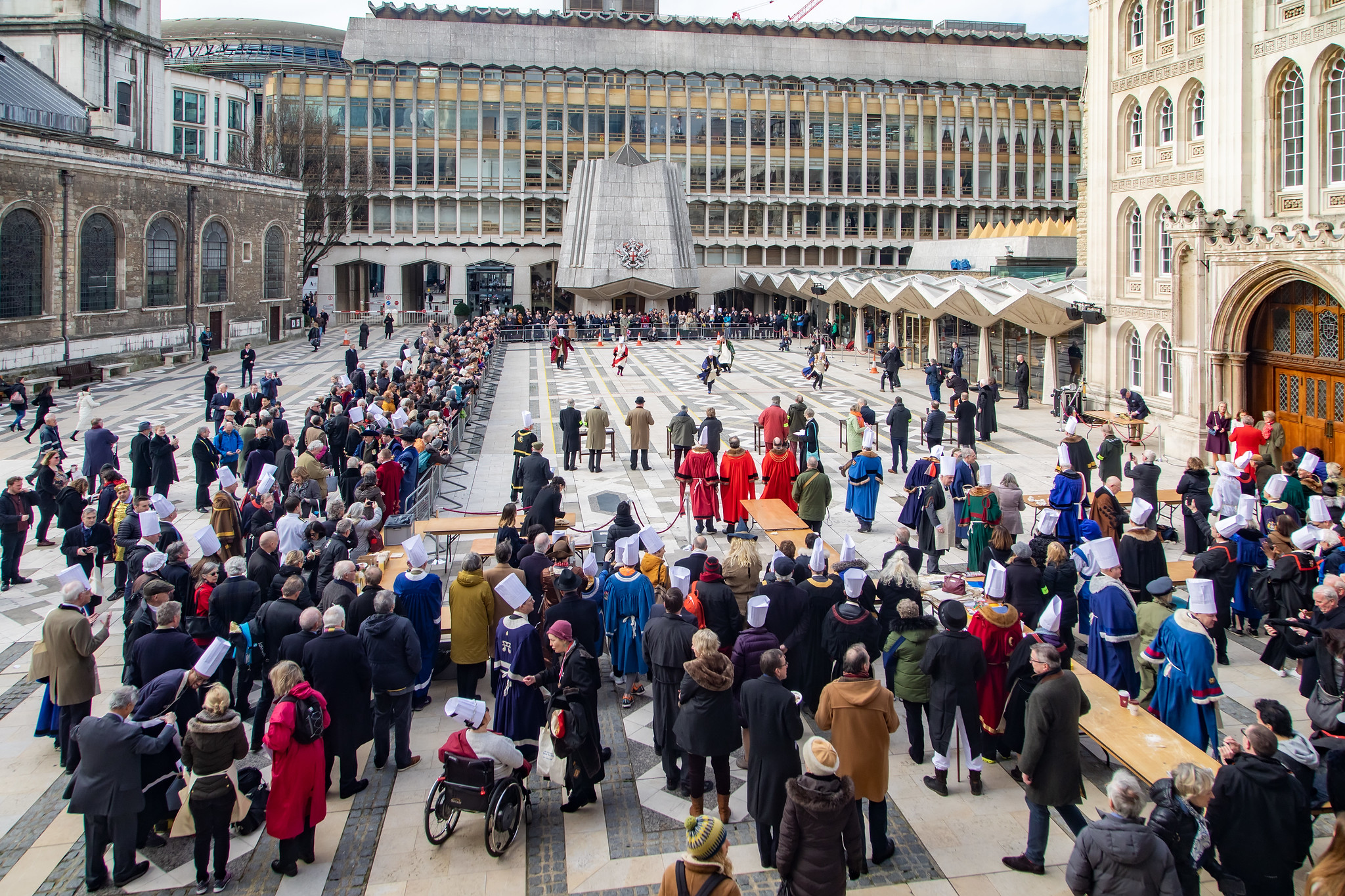 I’ve missed Parkrun. I was on 49 when the clock stopped in March – one short of a T-shirt. I’d have got it if I hadn’t taken a day off to do some photos. Dogs love parkrun, too. And who doesn’t love a muddy dog? 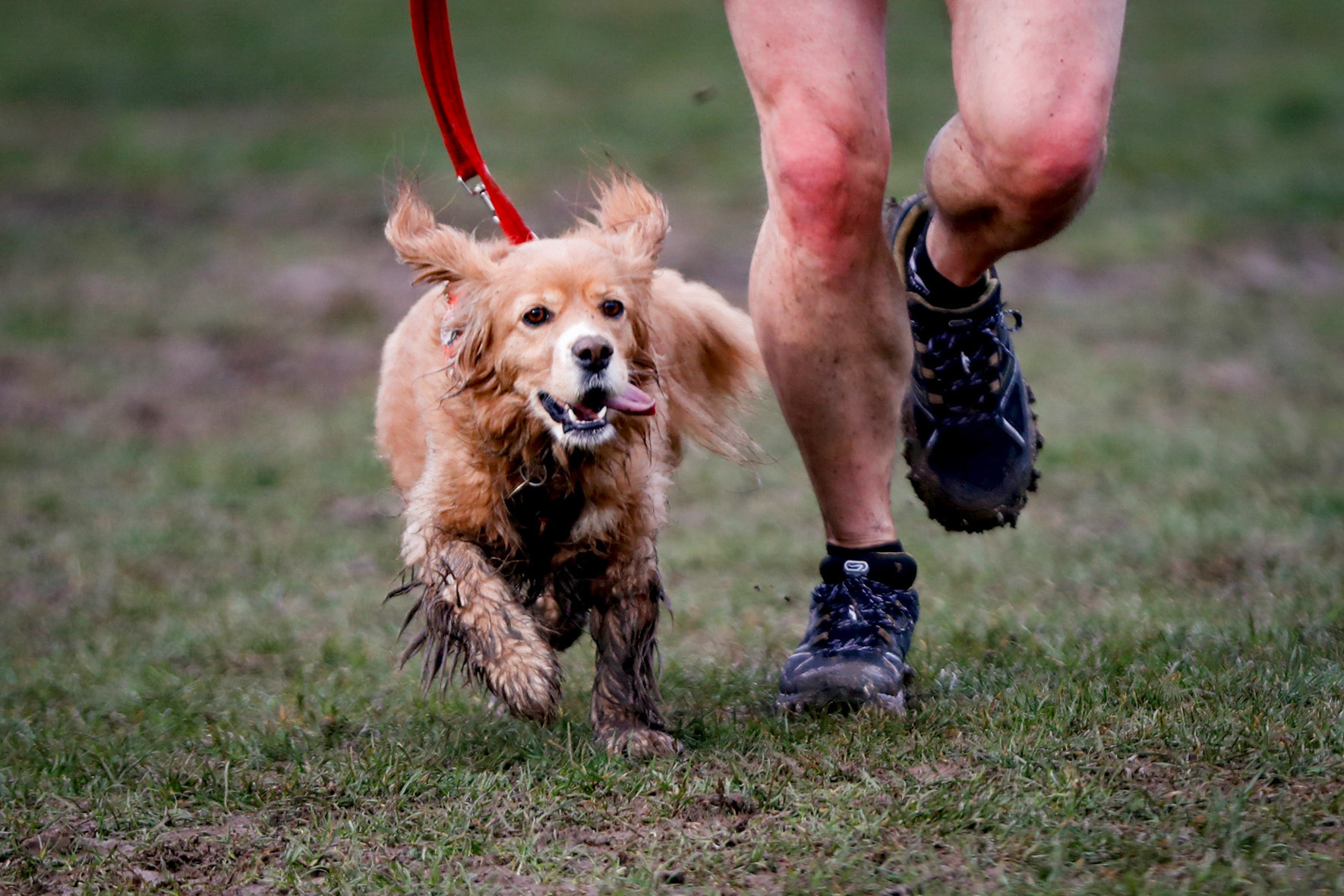 It’s not particularly pretty, nor romantically named (yet, that I know of), but the whopping tower at 6-8 Bishopsgate has come to dominate the City skyline in the last couple of years. I was waiting to get into a job on the South Bank so cracked out a couple of frames to illustrate quite how dominant. 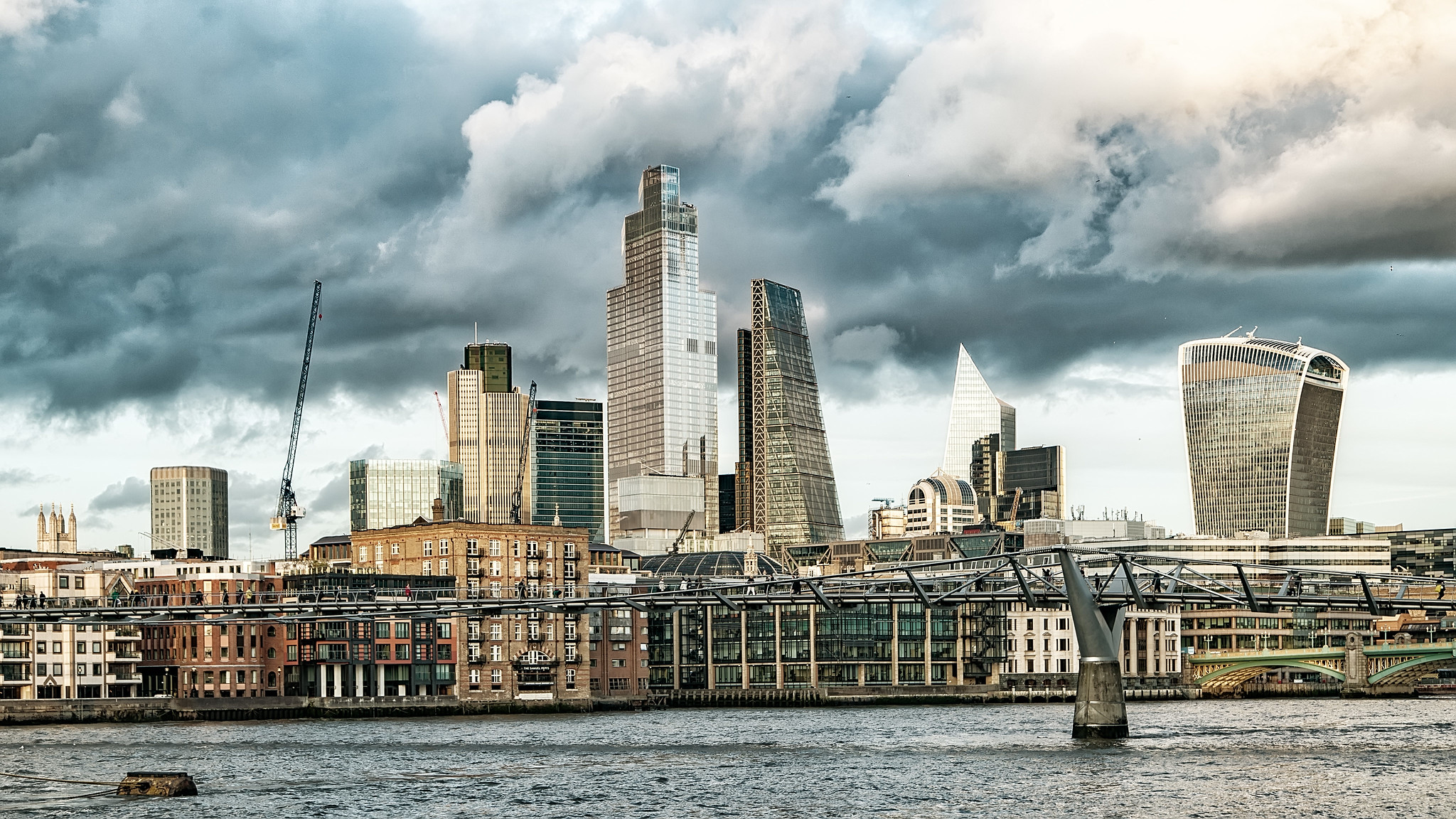 And then into that job – my lovely Heatherley School artists with their annual show of work by staff, and this “self-portrait with artist”. 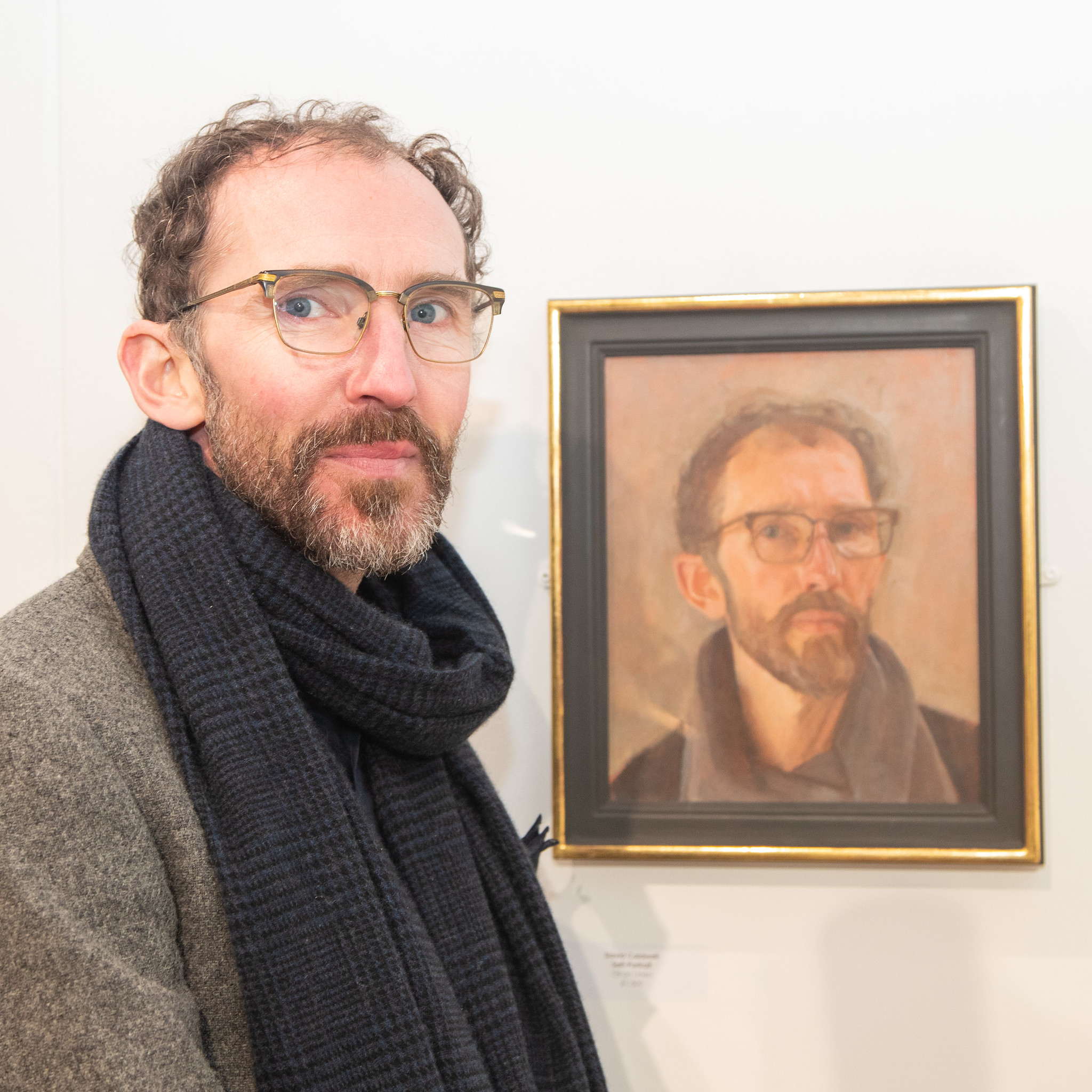 March came, and with it a sense of closing down. Global news wasn’t great; even if the only practical impact in January and February had appeared to be on supply chains in SE Asia and the consequent delay in getting hold of new camera kit. Innocent days. But some clients were still going ahead with events, including a backstage tour of the Albert Hall the day before the Baftas. The detail of the planning was amazing. Those faces on bits of paper are where particular celebrities will be sitting, so that all their close-ups can be pre-programmed to smooth the director’s work on the night. 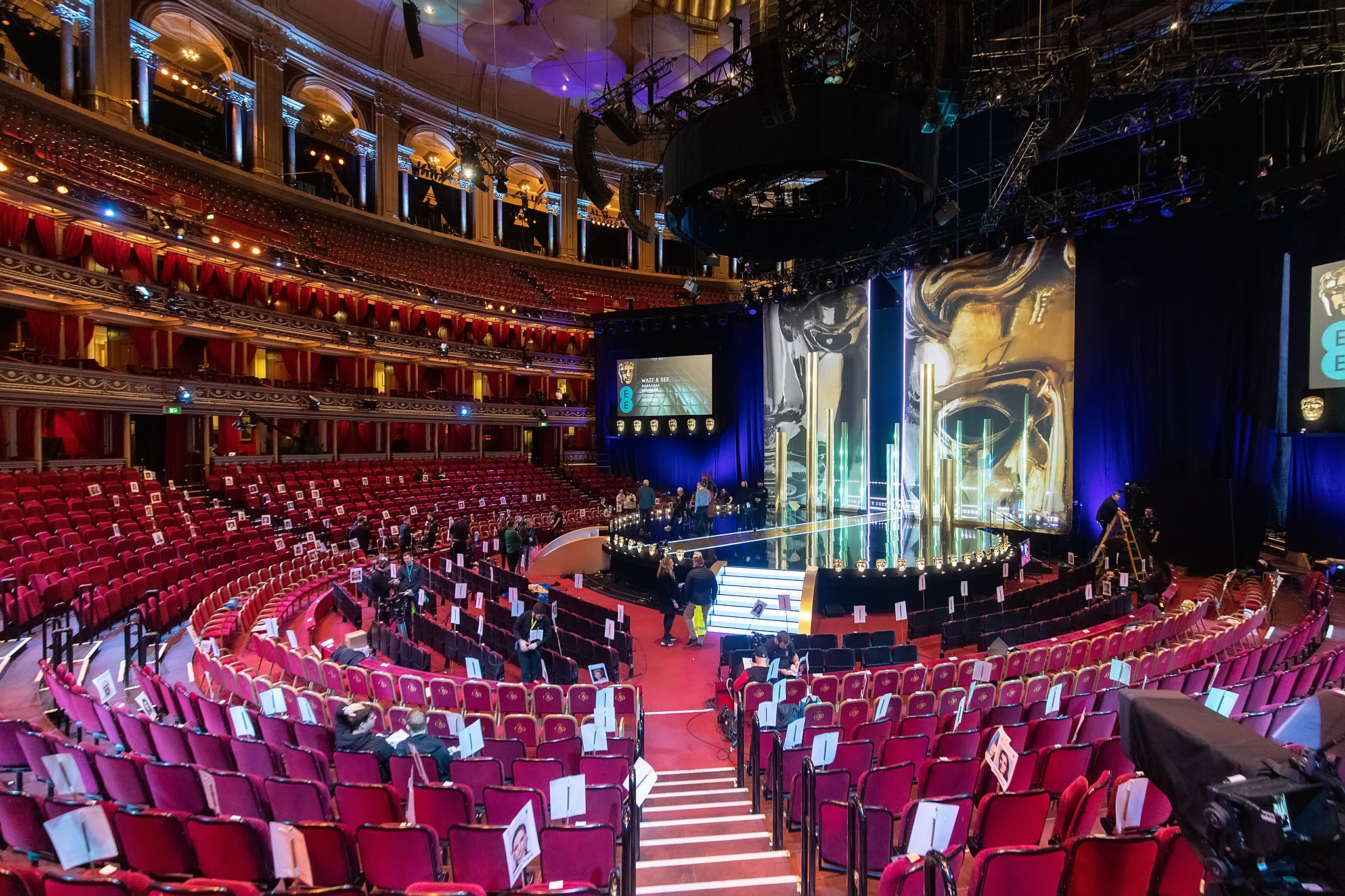 In Tate Modern, Rory Stewart – then deep in his campaign to become London mayor – was asked “would he close the Tube in a pandemic, if he were Mayor?” Not to put too fine a point on it, he went off on one. With a fervour that was actually a bit terrifying, he talked about his readiness to lock-down London as hard as it needed to be. It was early March, and it still didn’t make much sense. Was something bad really going to happen? How naive we were. We changed. 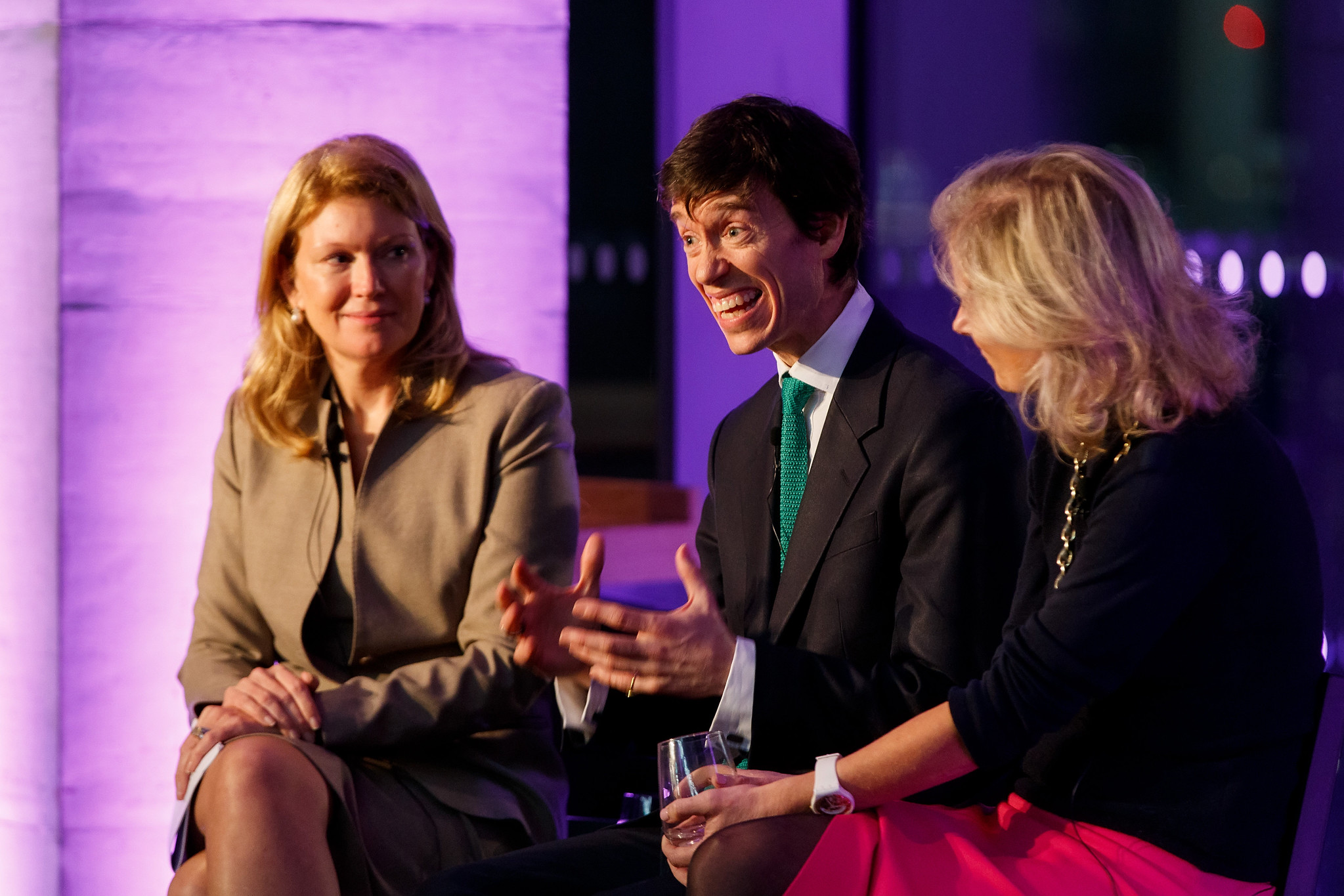 And the last event of the year, drawn back again to the Guildhall, featured an amazing troupe of dancing kids. In one of those bizarre coincidences it turned out that their director was the red-shoed groom in the centre of this first picture from my 2017 roundup. A blip in the simulation, there. 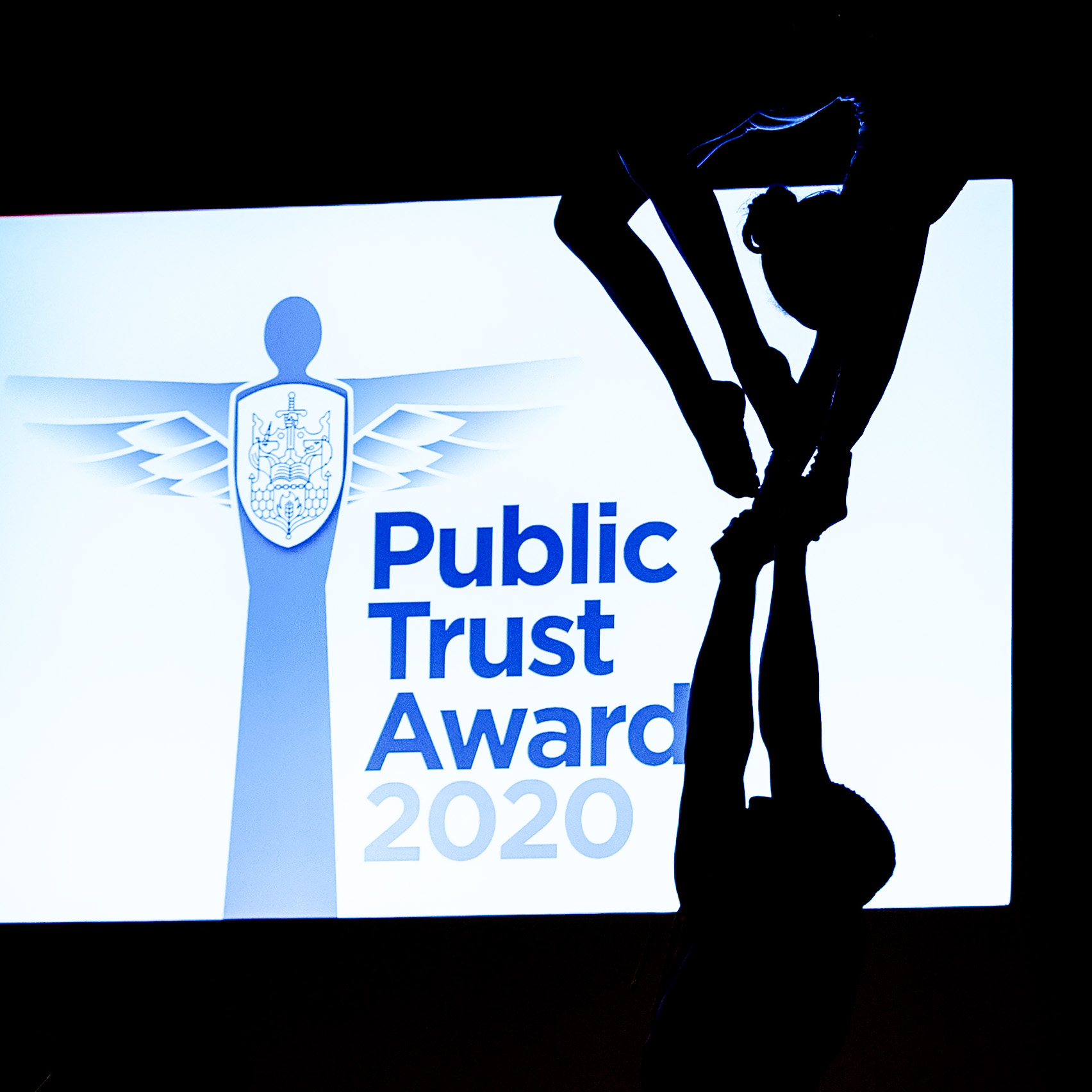 Then it went very quiet. Only allowed out of lockdown to work, my photo opportunities contracted dramatically. This was part of a commission for some surveying photography, and the Royal Hospital was locked-down and silent. 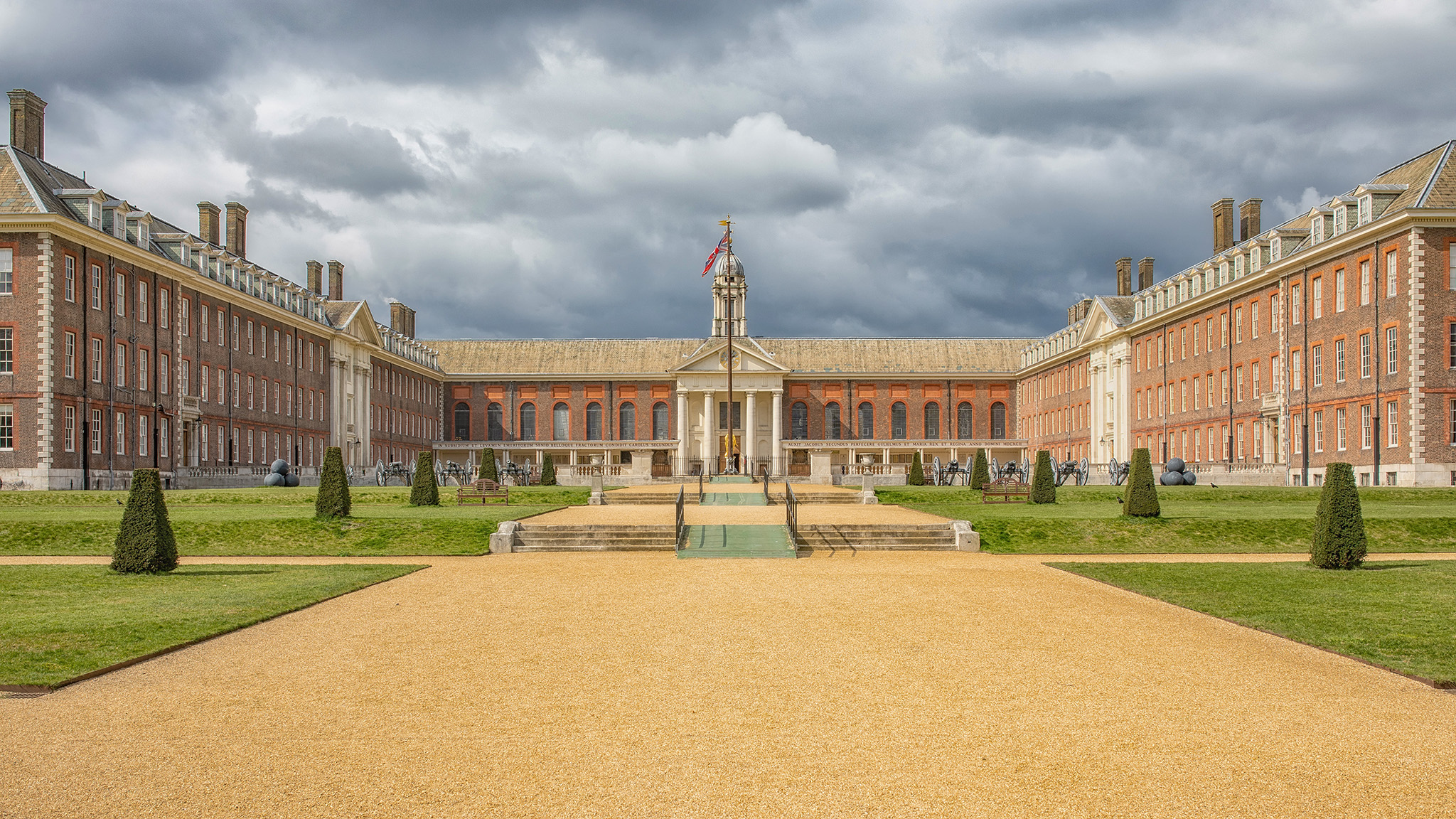 Another quiet evening, travelling for work, but with my route planned using an ephemeris to find the precise point where the sun did this… It was very lovely knowing where the sun or moon would be, exactly, at a certain time. Reassuring, when all else was so uncertain. 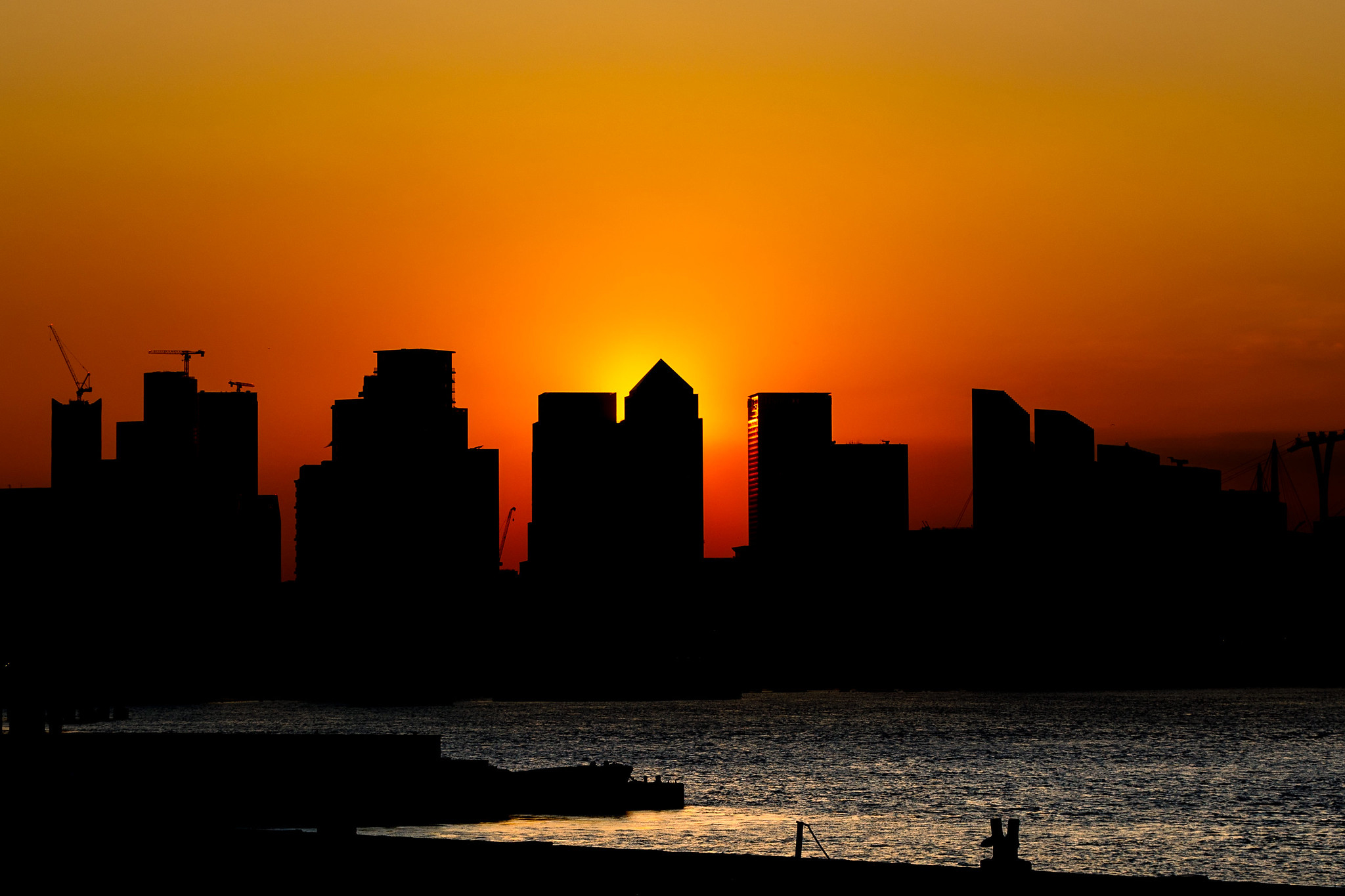 As things became more dystopian, so did some of my photos. Travelling for work through north London, and seeing this view, where a very long lens gives the illusion of a bleak and grey City lurking just behind some pretty ordinary suburban terraces. Illusory, sure. But everything was illusory in April. 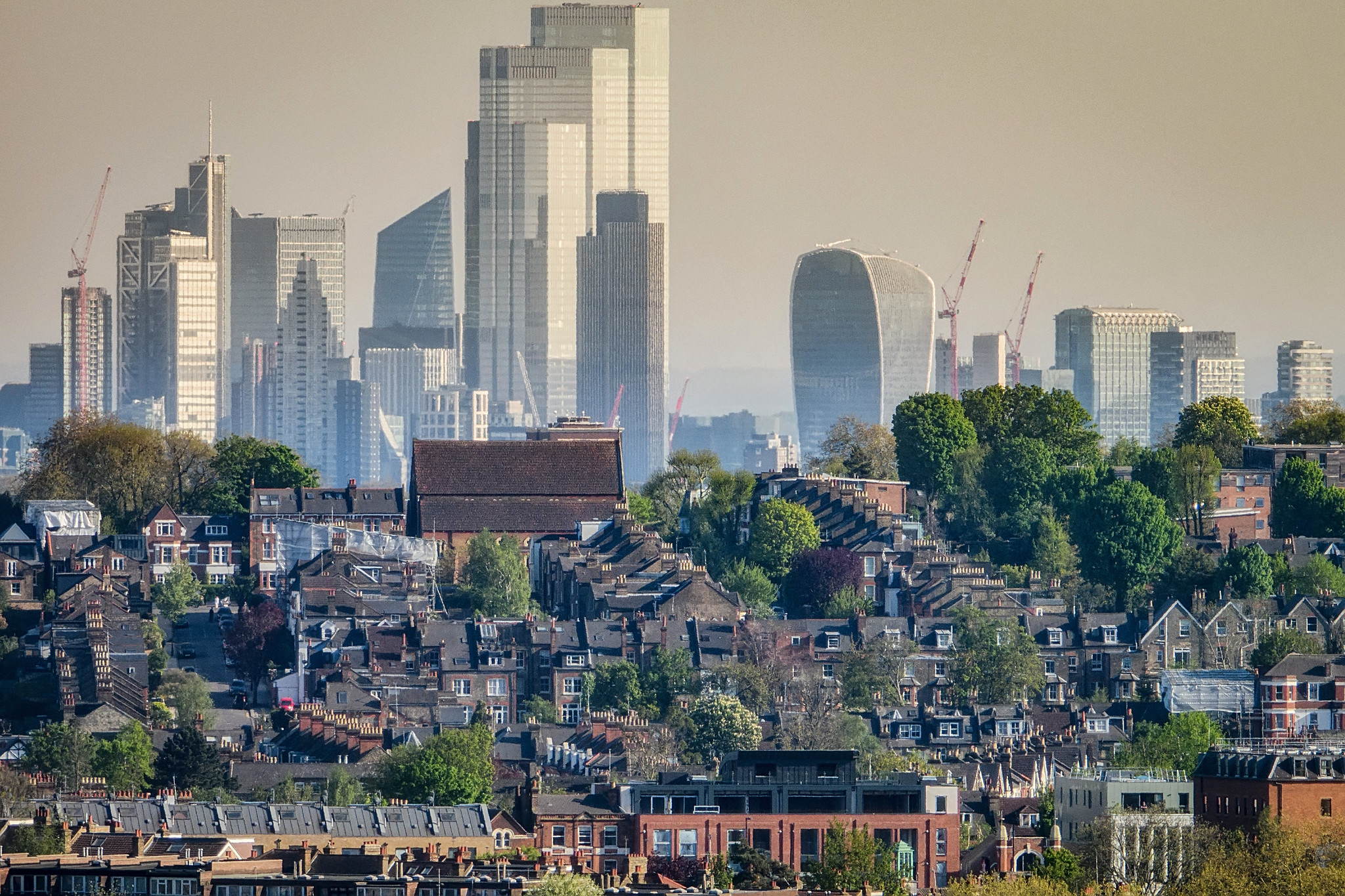 And then on a commission in the Barbican, on a very hot day, this bicycle courier epitomised the strange langour of a stilled city centre. 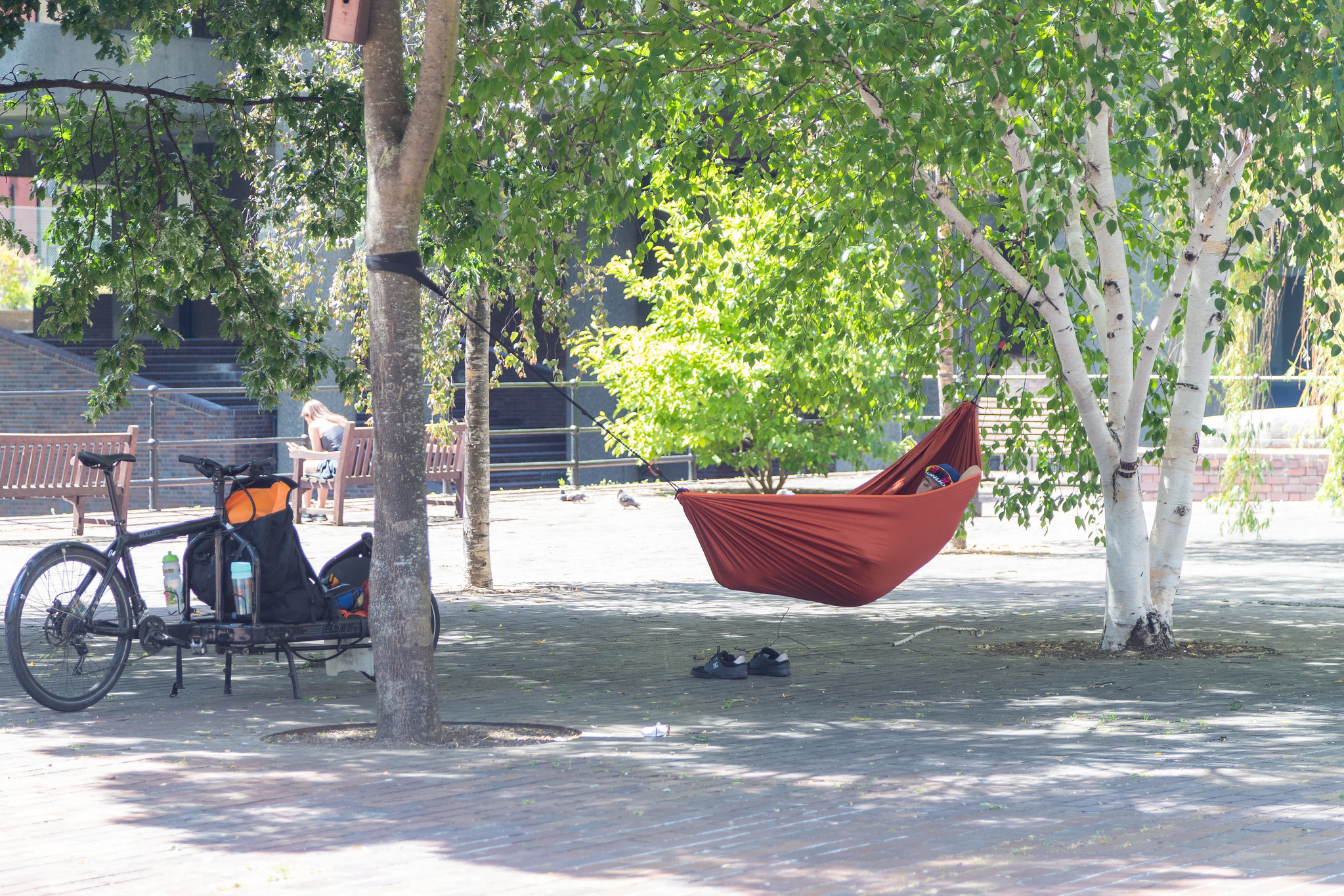 I would say this, obviously, but times of historic change and disruption do need to be documented. One of thousands of inspiring voluntary projects that sprang up was this kitchen and food distribution service for vulnerable people in Tottenham, and they let me spend an afternoon making imagery for them. 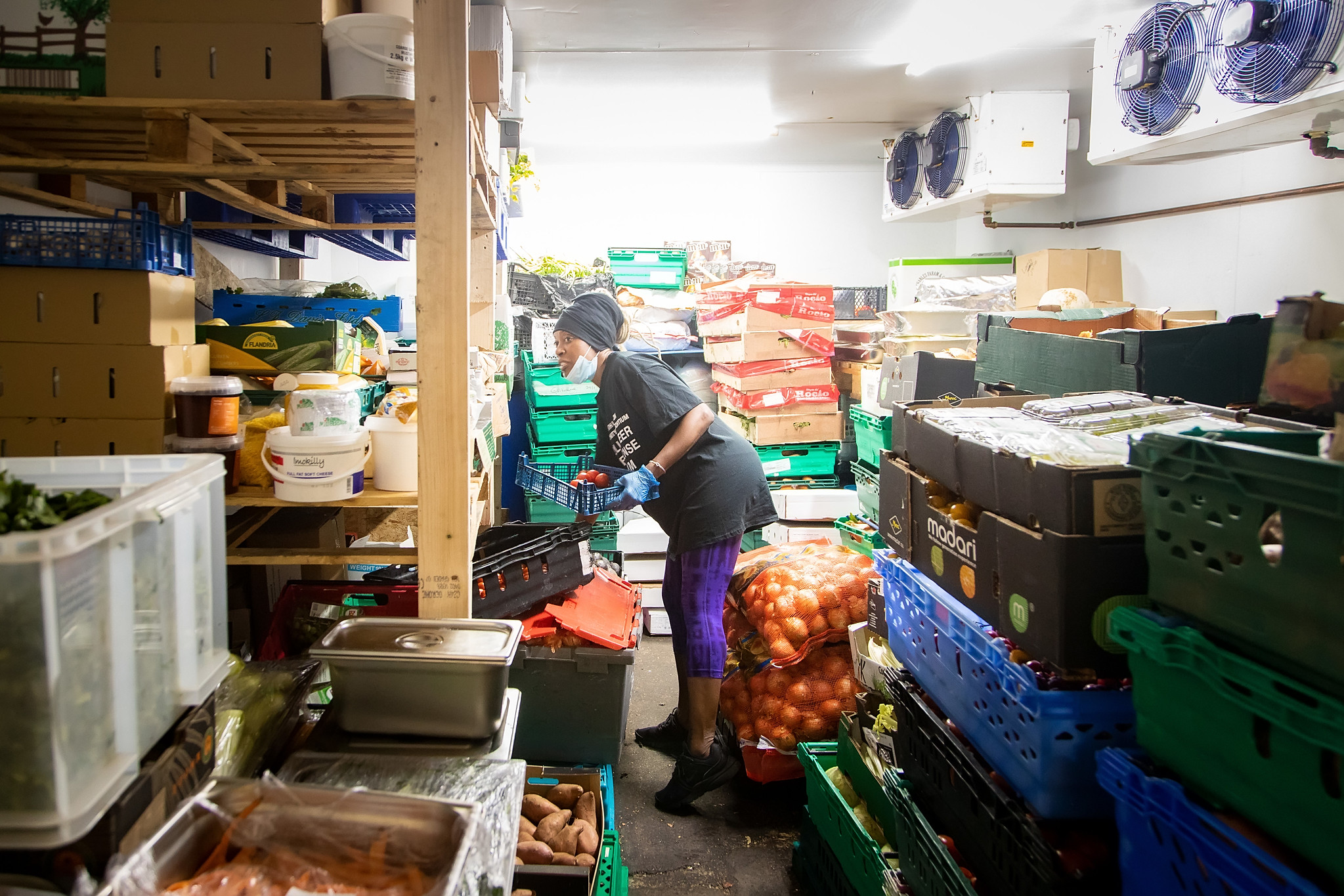 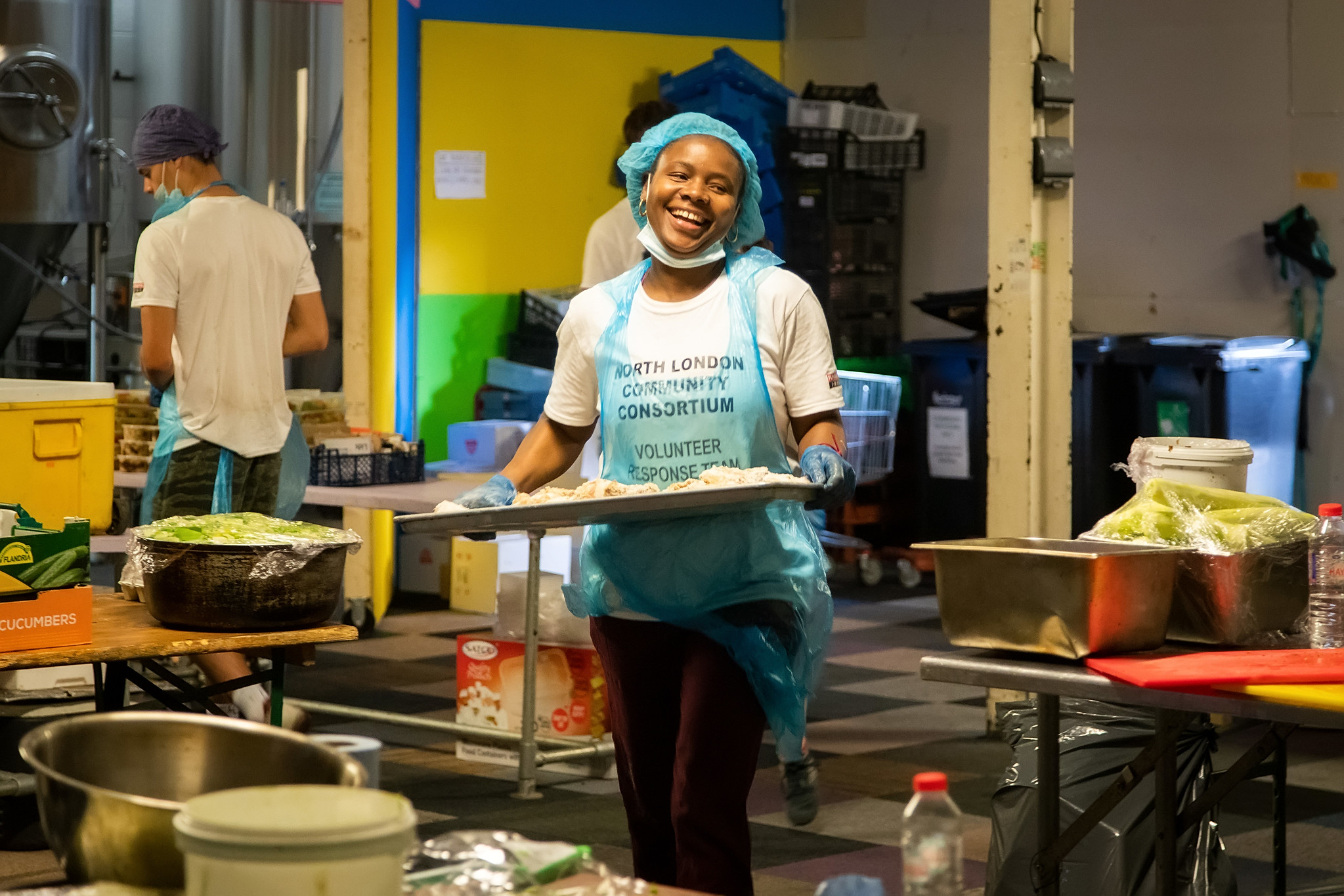 Back at my desk, on a Zoom call (of course), when I saw this over the Downs to the north. I grabbed a camera from my drawer, and – still on the call – took the picture then shared it with the rest of my meeting. Something very small, and very unplanned, that just brought a bit of wonderment to all of us, if only briefly. 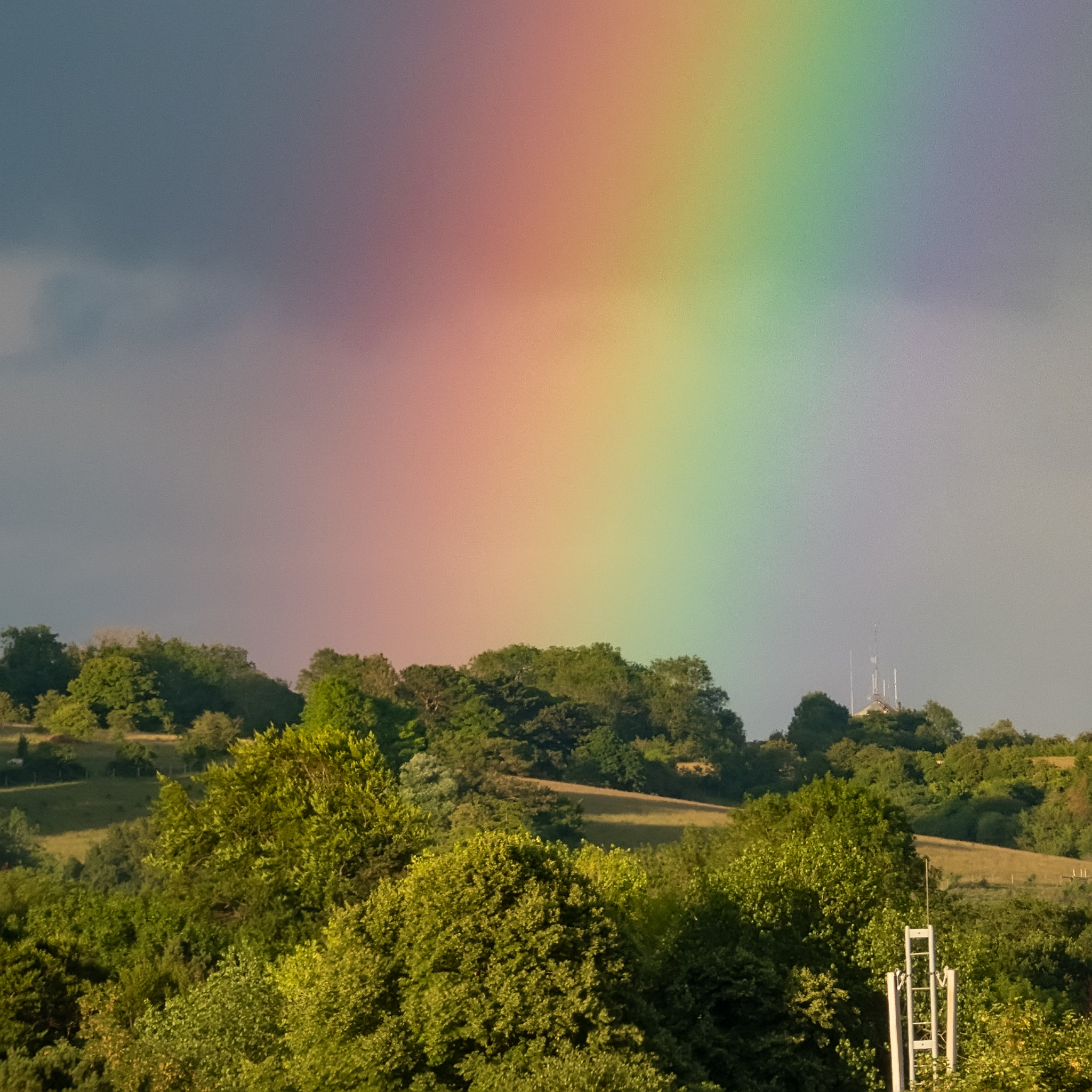 And with a bit more thought, and another consultation of the ephemeris, a moonrise seen from Primrose Hill. I knew I was in the right place when I saw the row of tripods on the hill – I was very much not the only person who knew it was going to happen where it did… 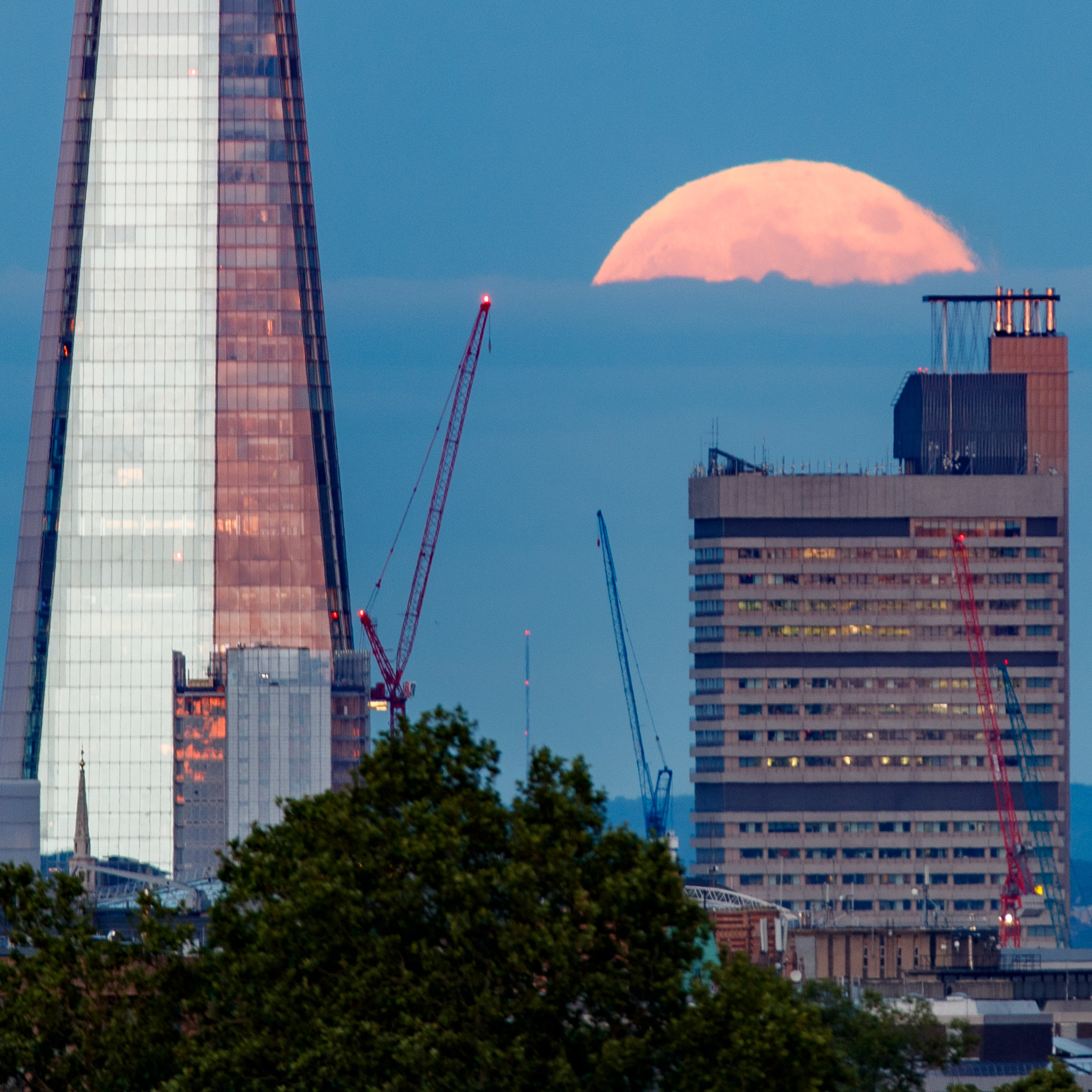 The nature of the photo commissions had changed, spectacularly, from live events and people-people-people, to architecture, interiors, and in this case city scenes for the walls of a new office being built in Nottingham. My Twitter network were brilliant at suggesting potential shots in a city I didn’t know very well, and I spent a drizzly but delightful couple of days rounding them all up. 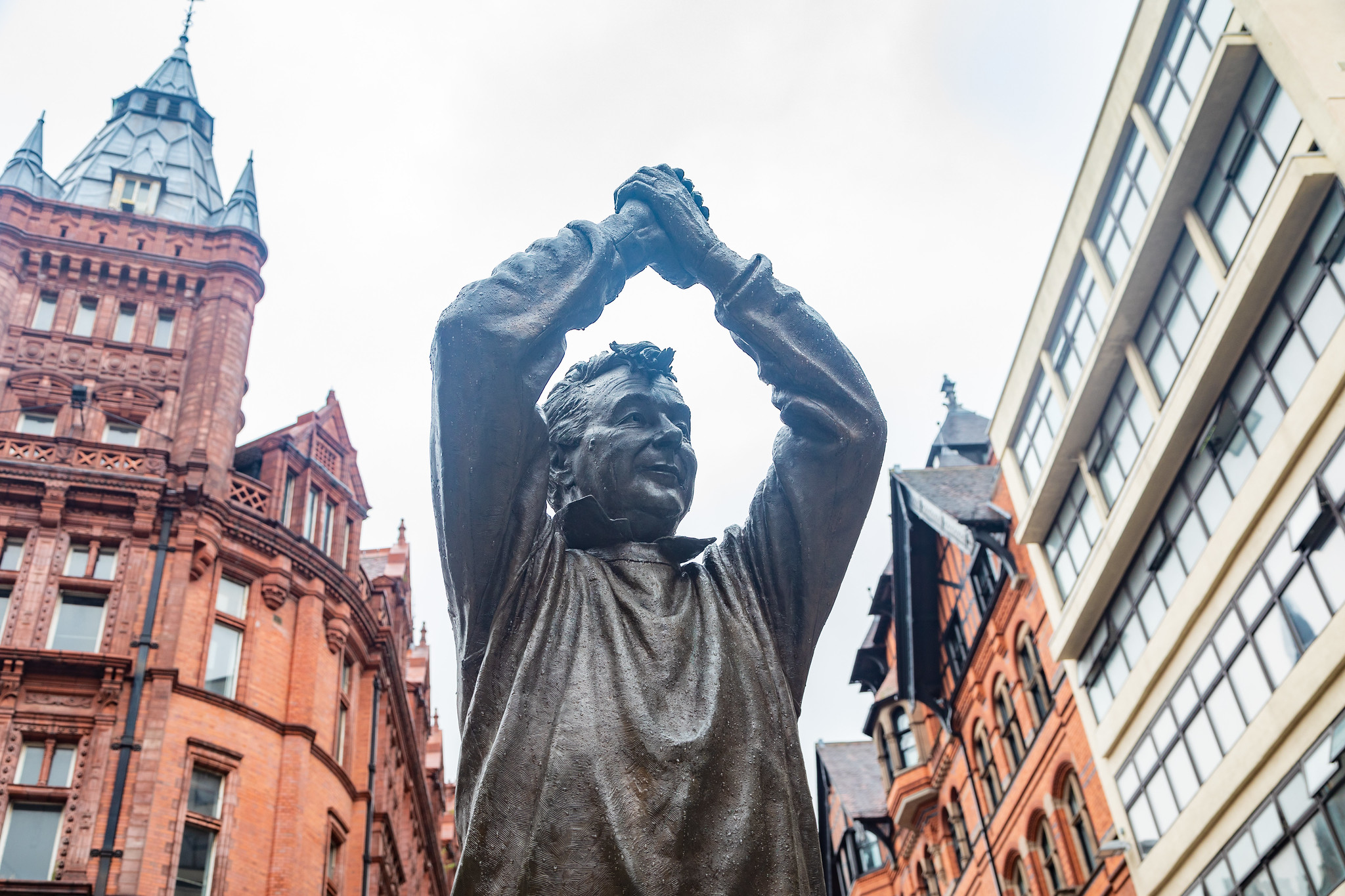 When I say the work was different, I mean it. As many of us must have found, I was learning and doing (often at the same time) things that I’d never done before. Having originally been booked to provide some of the photo and video services for Civil Service Live, this morphed into the building and operating of a broadcast studio for what became a hybrid real-life and virtual event. Working with some very interesting characters. 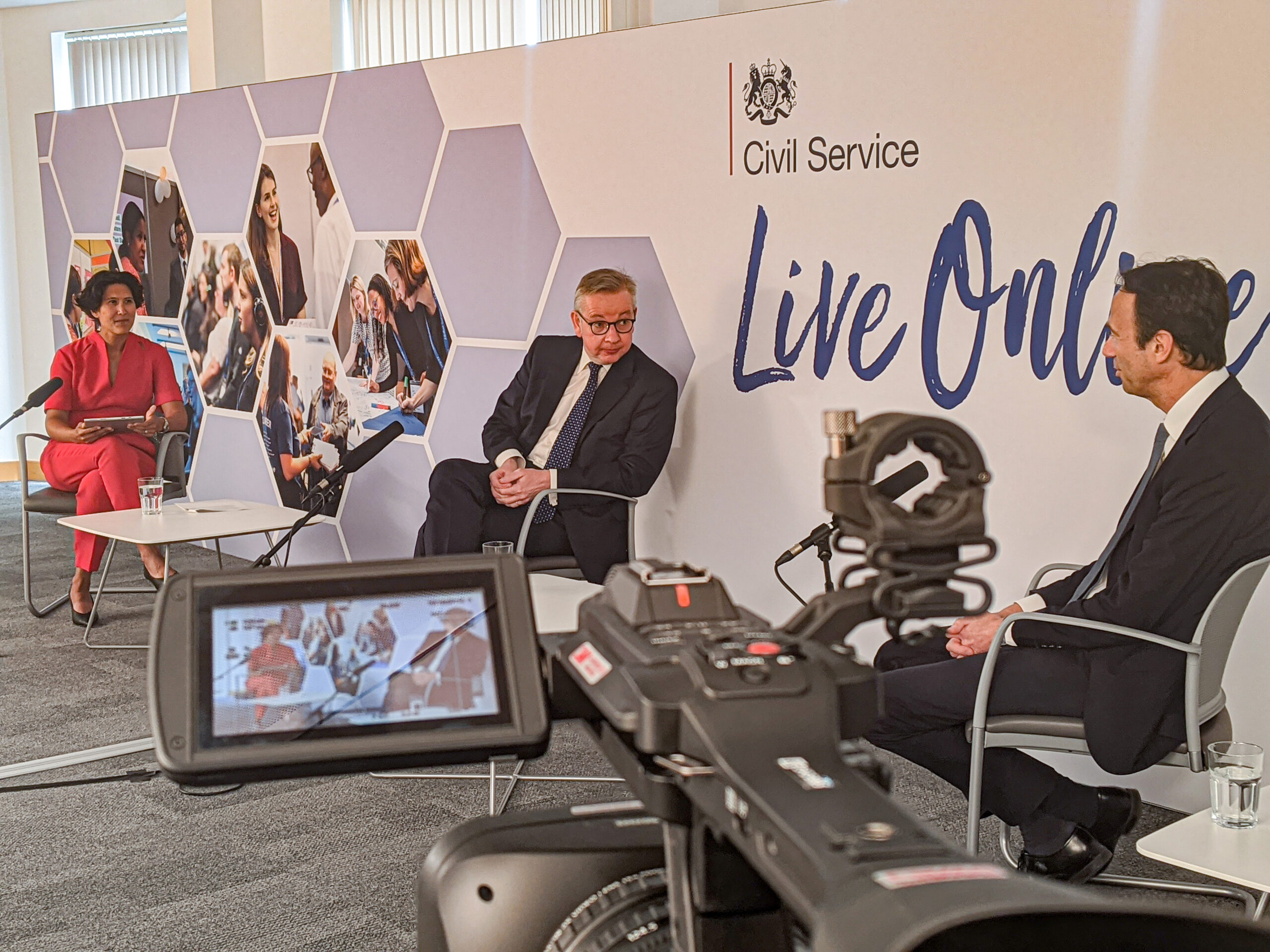