We’re up to July by now, and time for a holiday. Civil Service Live was a big job, with a lot of post-production, and I headed for a narrowboat and a week cruising the canals of Worcestershire. Cycling with the boys one evening, I found this. A brand-new gate in the style of… I mean, it is, isn’t it? How very, er, tasteful. 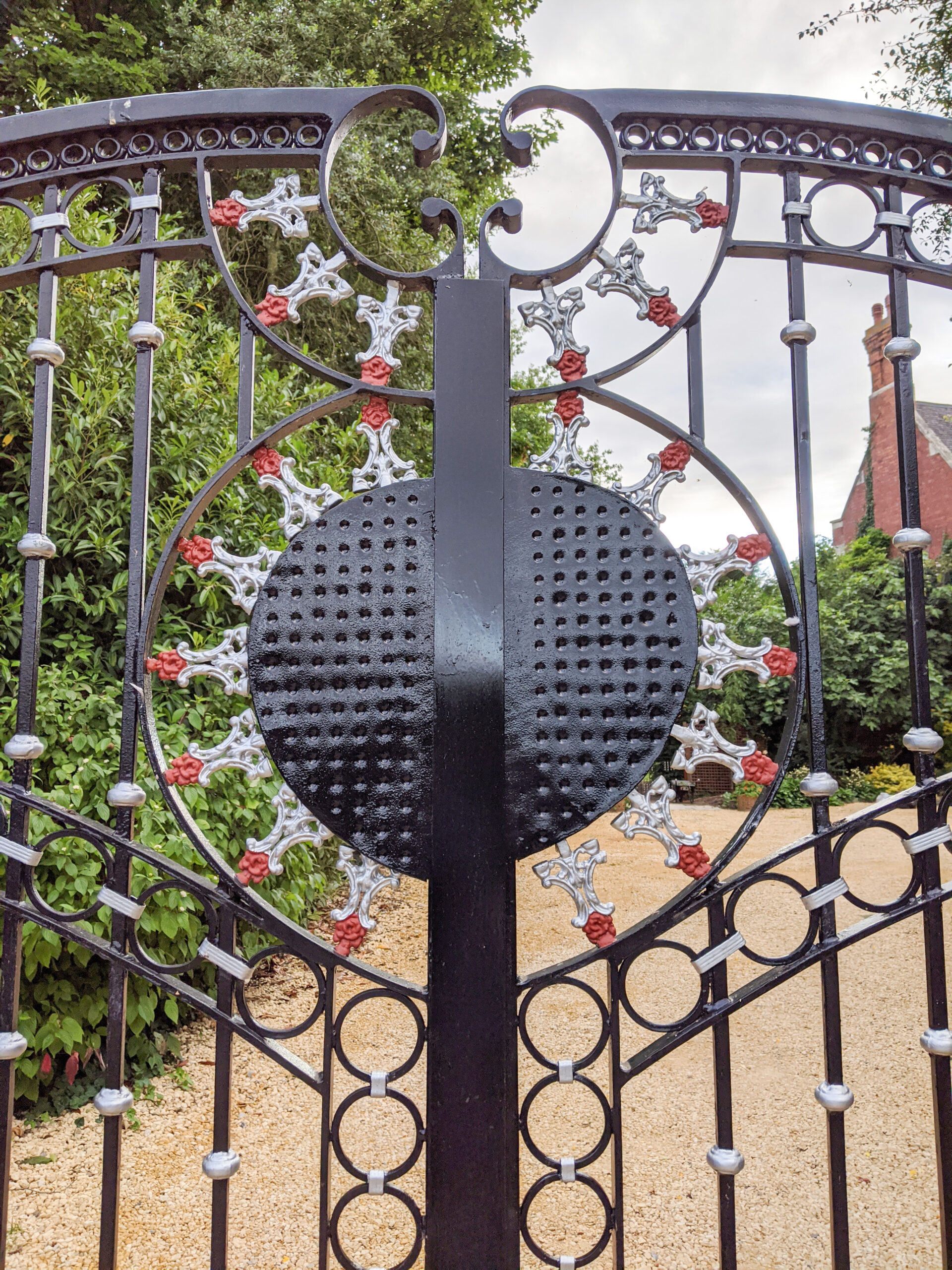 And the youngest adapted pretty quickly to life on the still water. It was a badly-needed change of pace and scene. 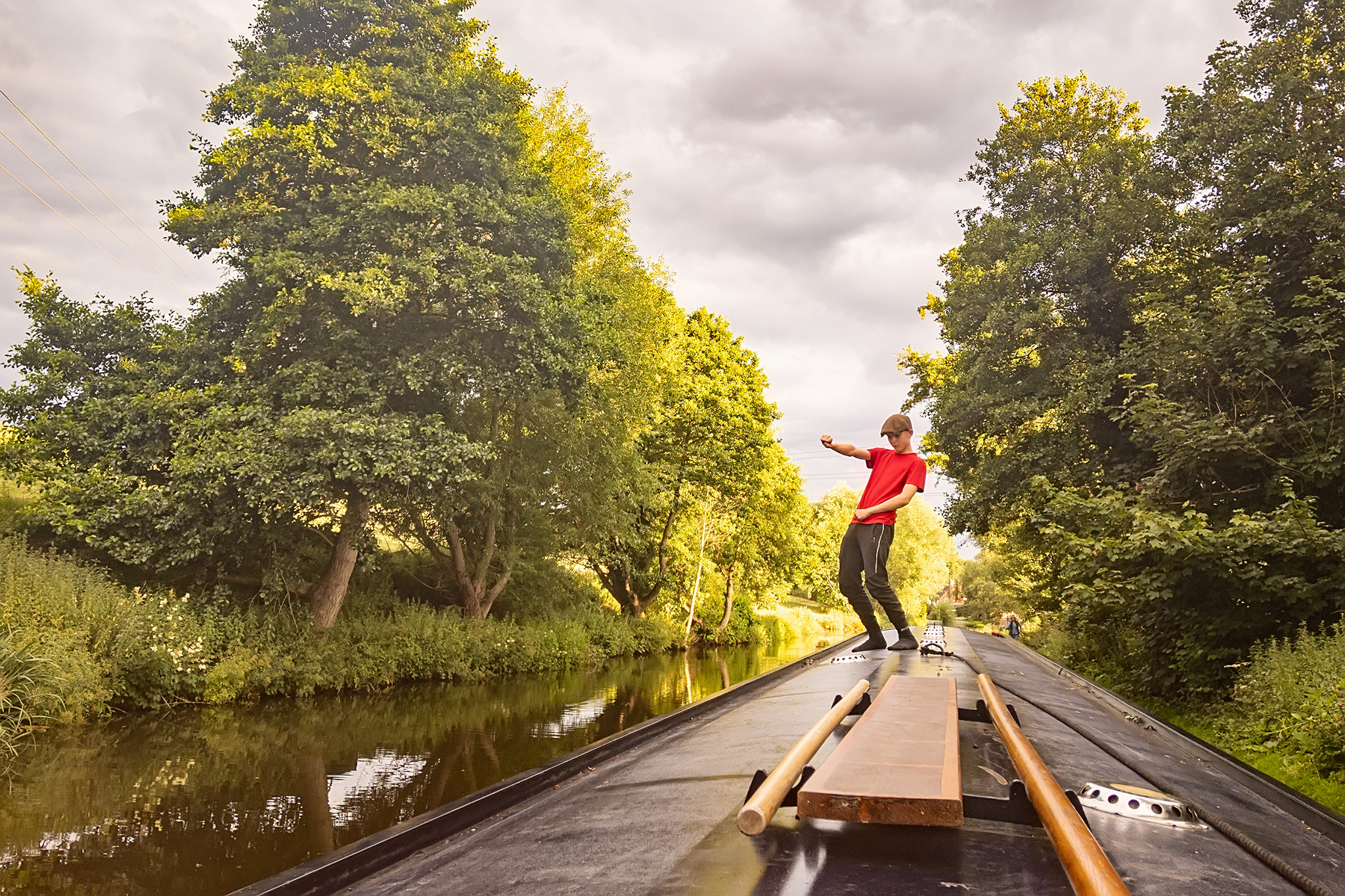 August, and this grey demon appeared for the first time. As a sadly temporary neighbour he provided four sweet months of daily visits before moving on. You can see his ‘best of’ here. 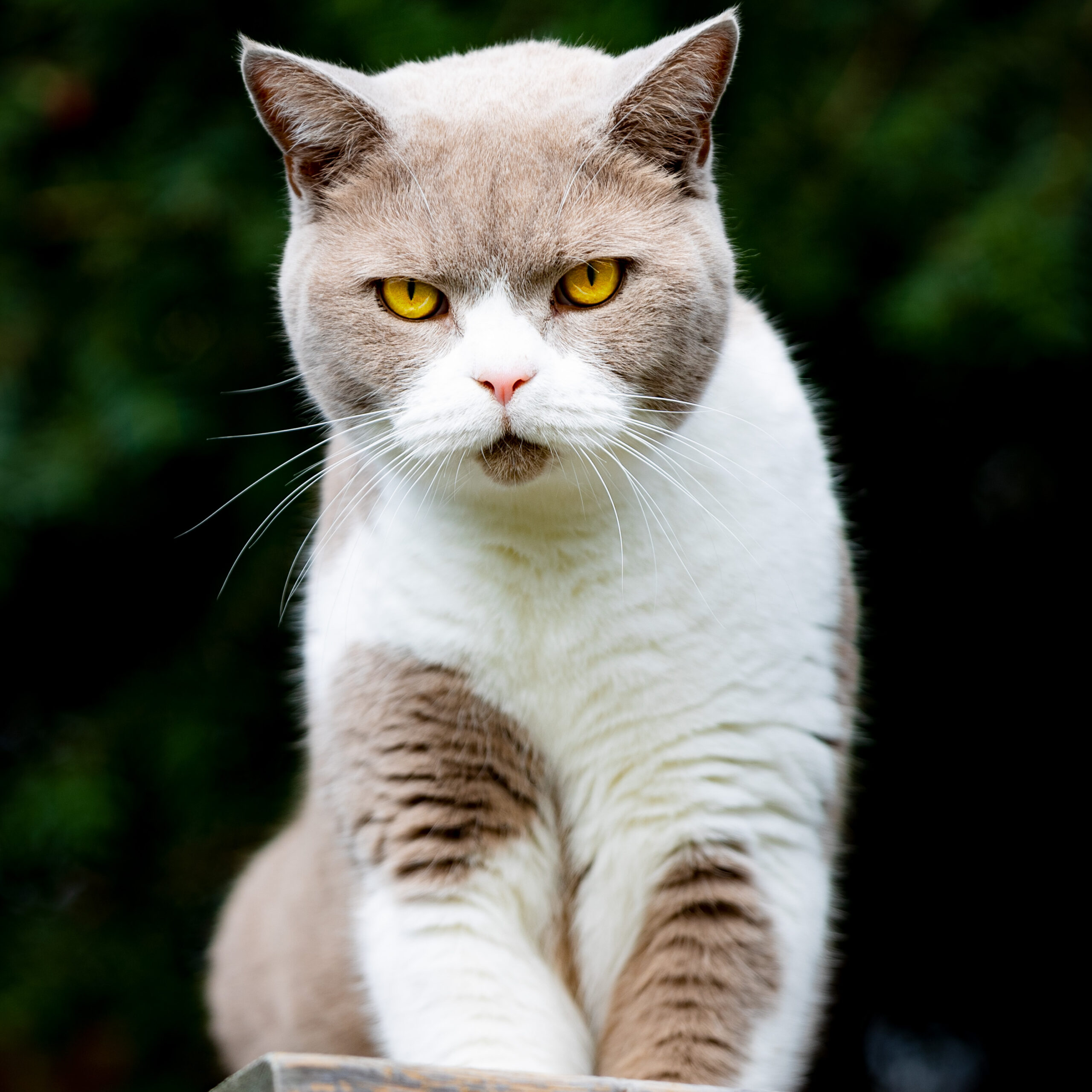 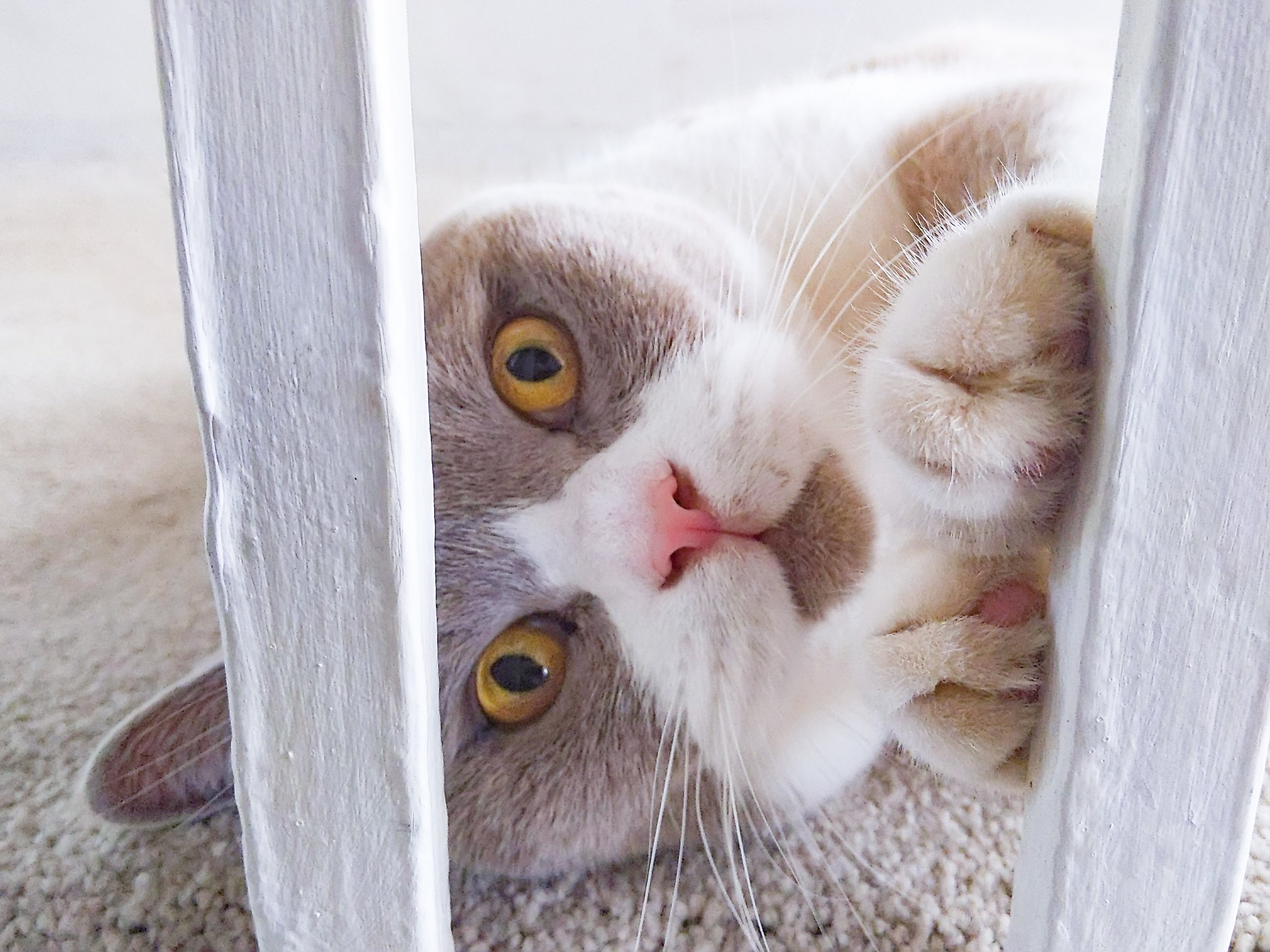 Another cat posed beautifully on a gorgeous Oxfordshire hillside, as warm evenings and falling Covid cases made everything feel just about bearable. For a bit. 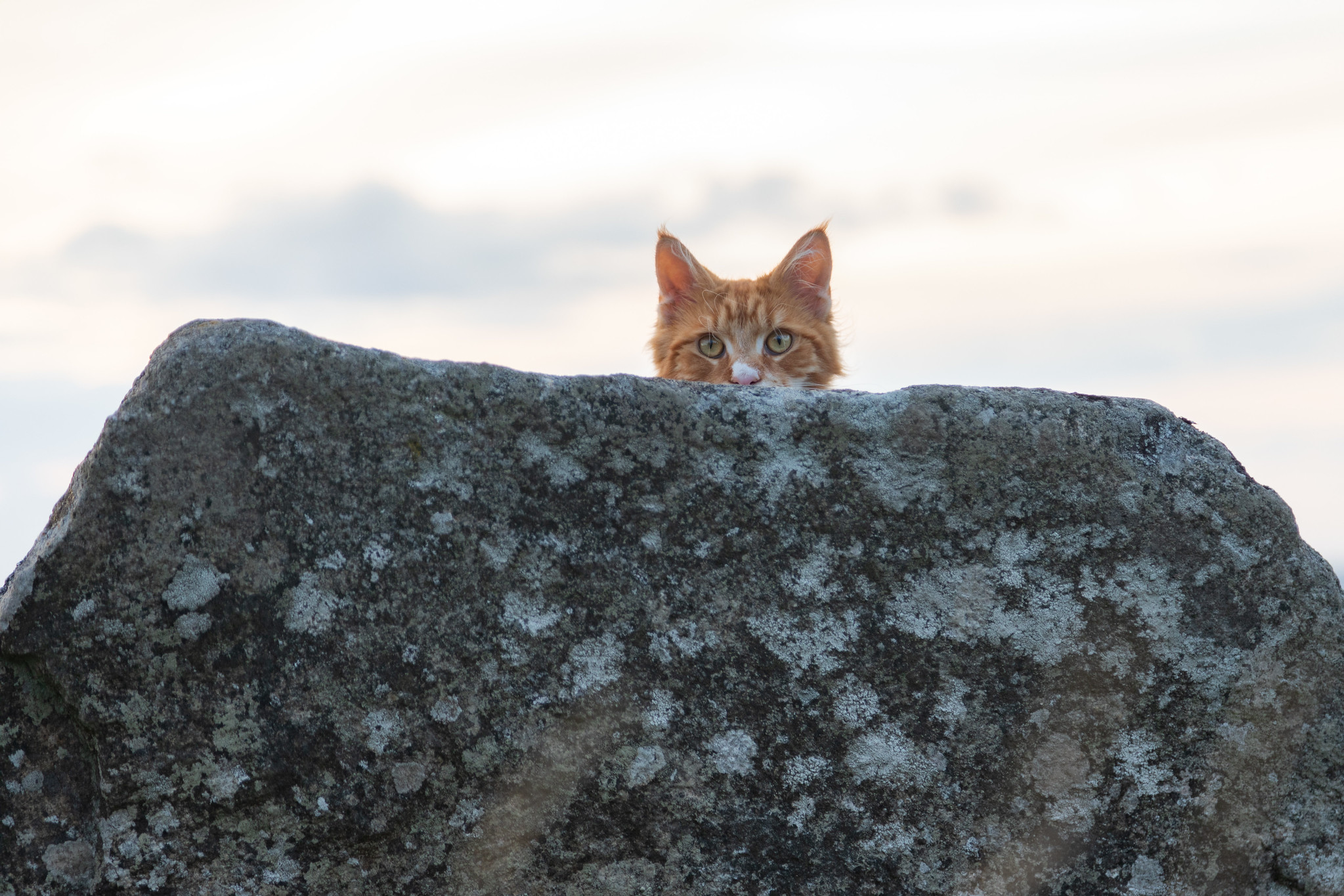 For some people, of course, there’d never been anything to worry about. It was all a hoax. And they gathered in Trafalgar Square to protest it, vociferously. I wonder how they’re doing now? 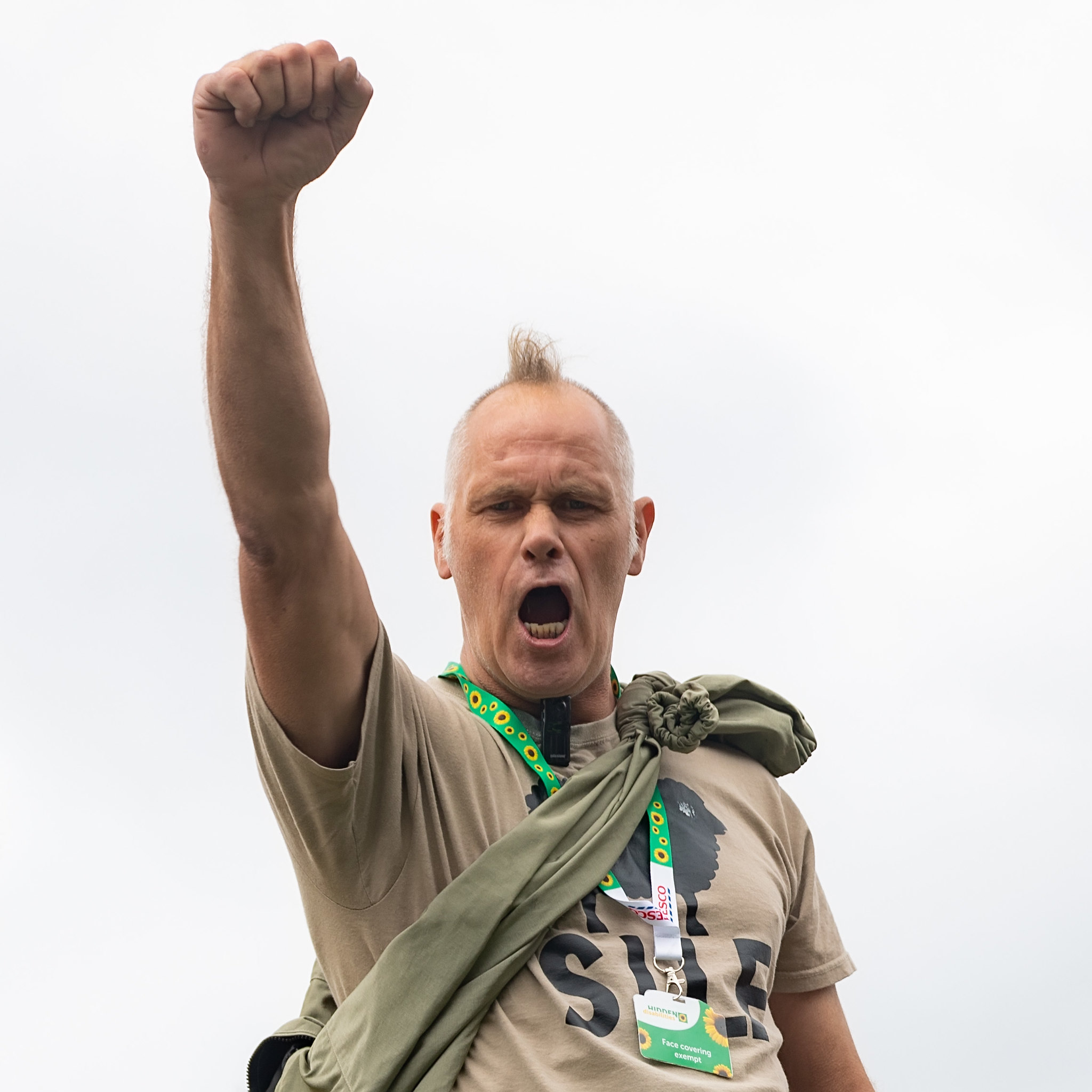 You can see a more detailed photo essay from that day here. The cops were, interestingly, much keener on wearing masks at this event than they’d previously been seen to be. Messaging? Or just prudence? 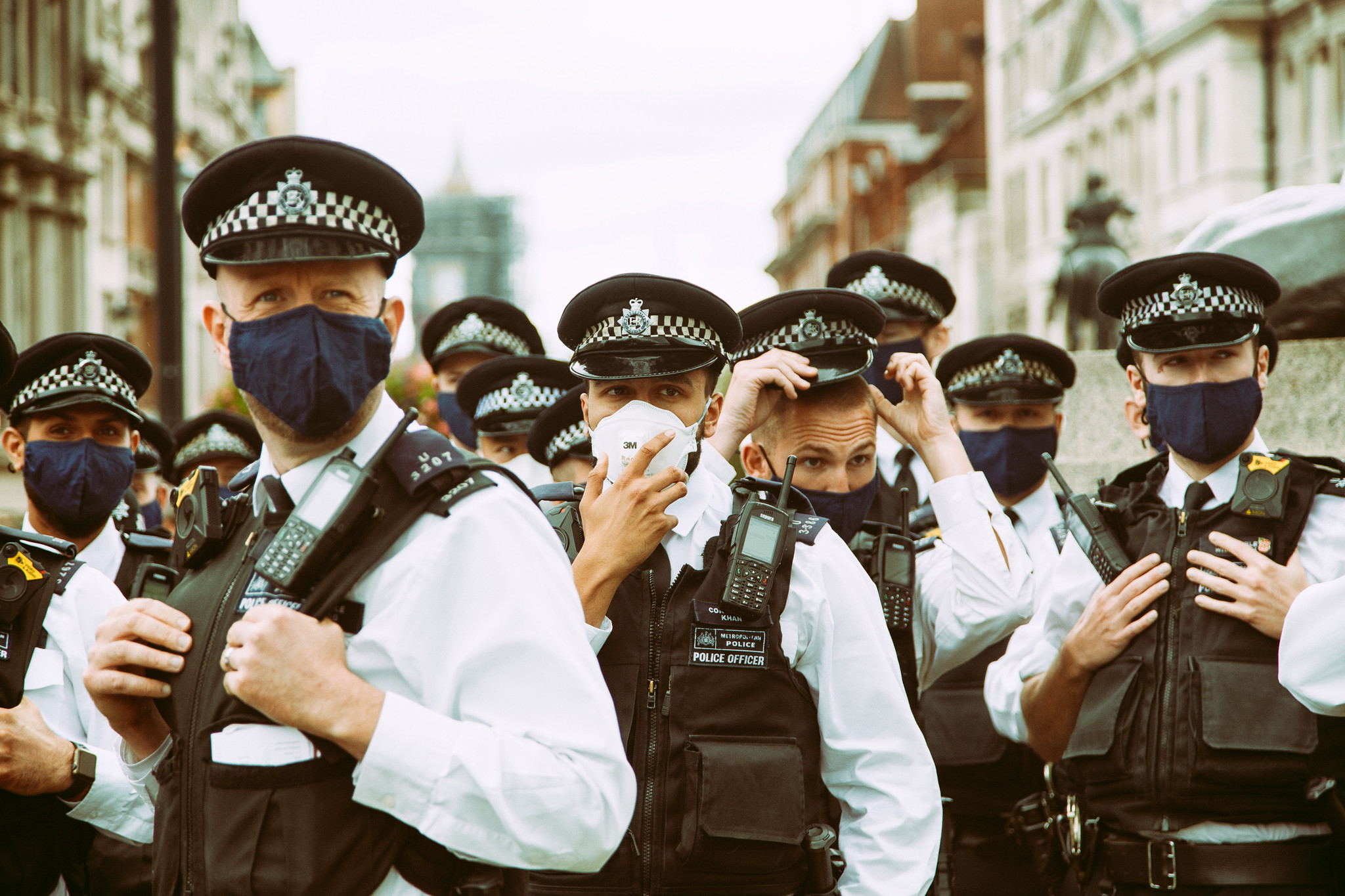 Then some travel, and a hot, hot day by the sea as young people caught up on their socialising. “The numbers” were very low there at that point. It was not to last. 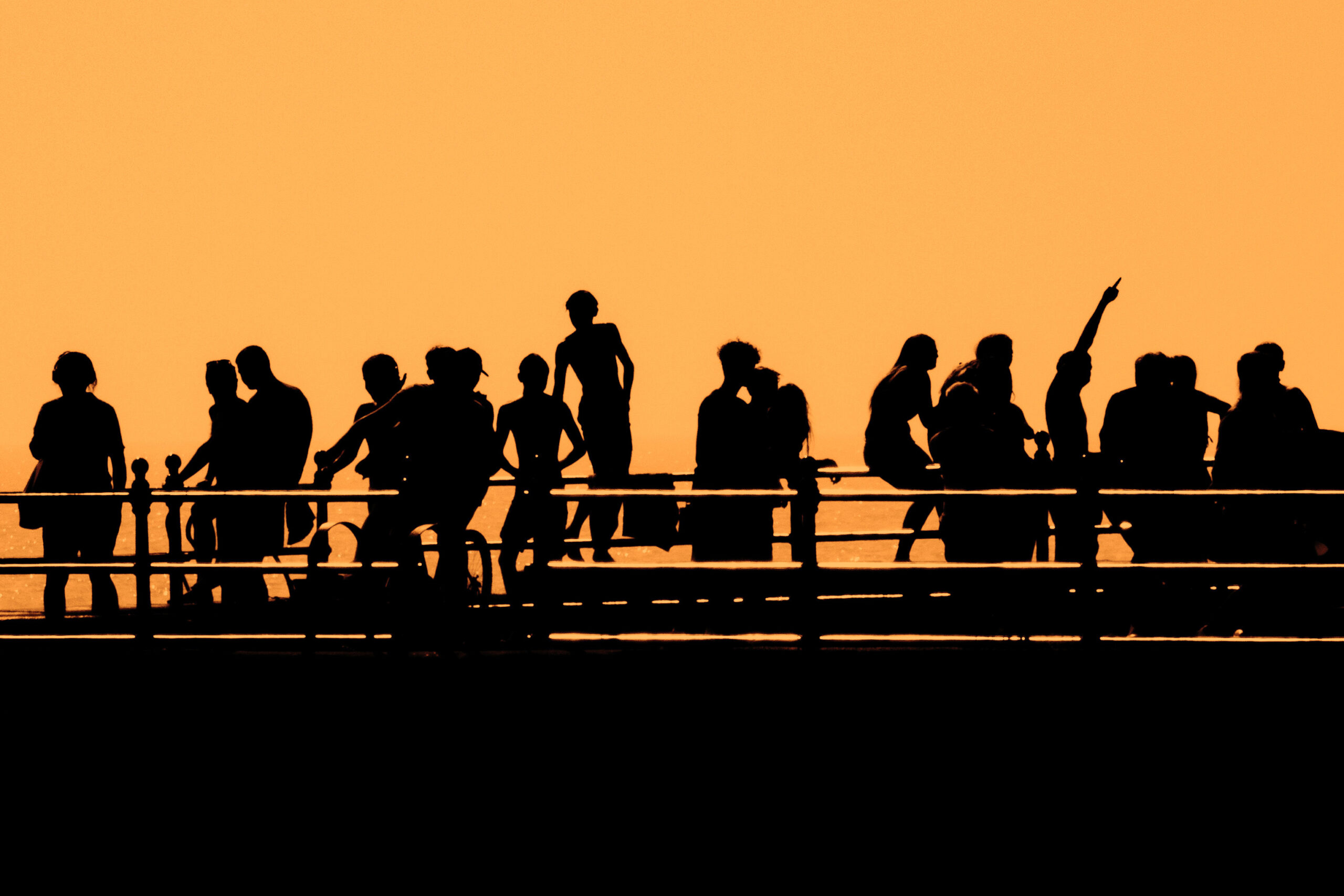 And in another “spirit of 2020” moment, I stumbled – literally – across two chairs looking out at the Channel. Just enjoying a bit of sea air, or did the England flag they’d left draped across the chairs suggest they were out looking for something else entirely? I don’t know, but stories were rife about amateur coastguards watching for asylum seekers, and it still chills me to look at this one. 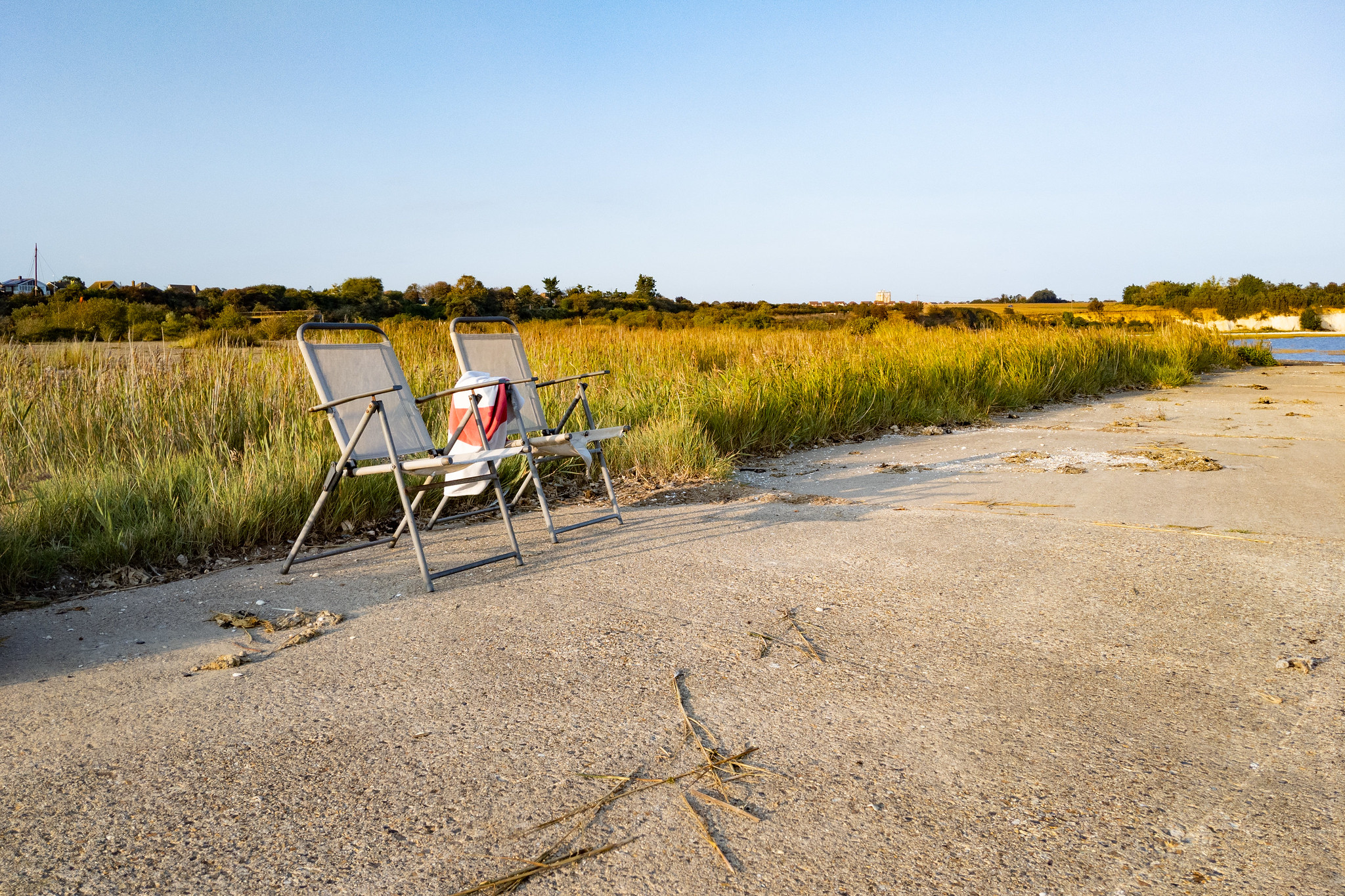 Closer to home, thousands of parakeets set up a nightly mass joyride. Like clockwork, a few minutes after sunset they’d set off in waves of 50 or more – dozens of waves – screeching and racing. I think they were having a better time than any of us on the ground, to be honest. 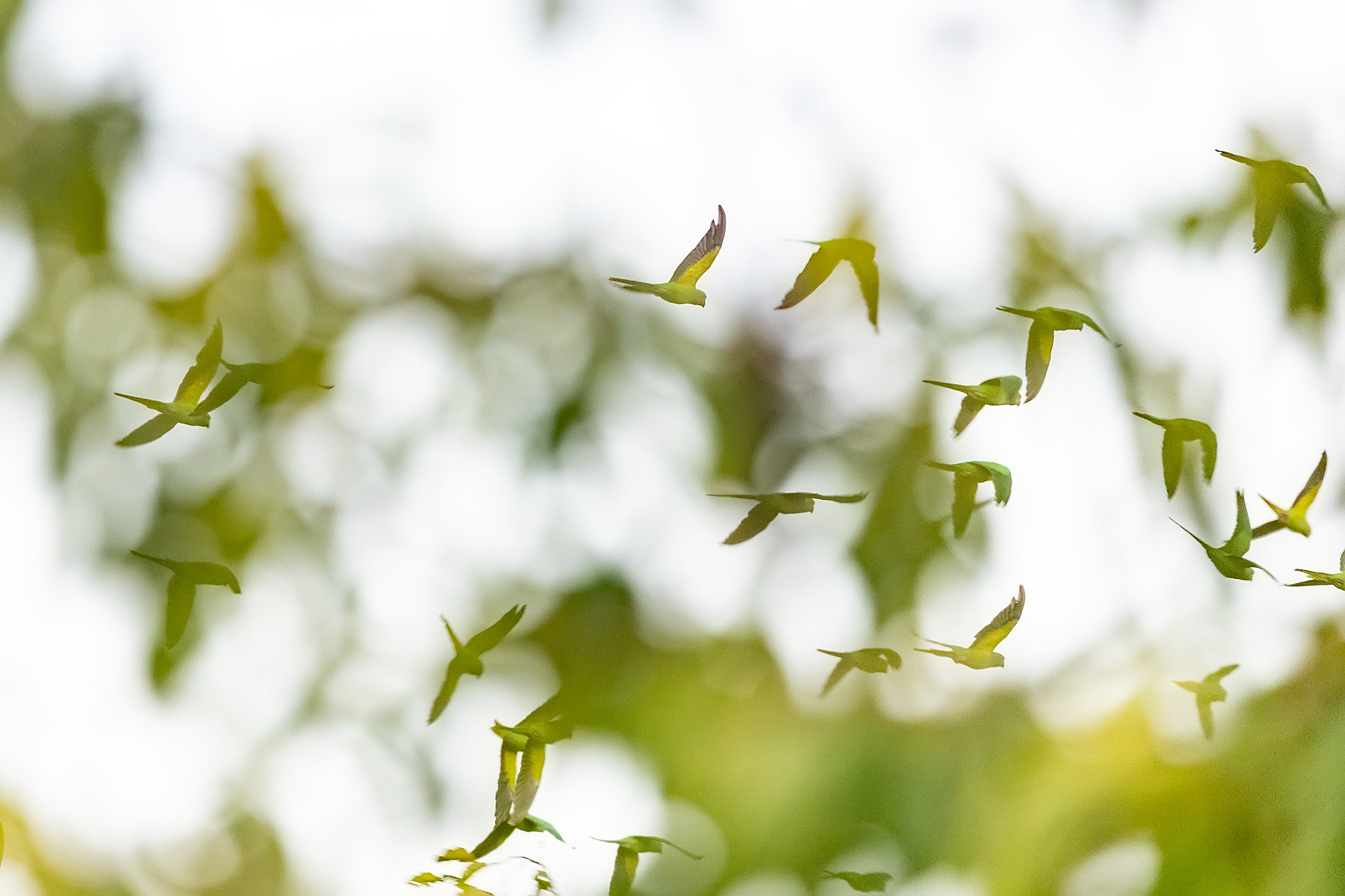 And still in August, great joy as an old friend went ahead with her wedding – great pictures and fun with masks and visors. 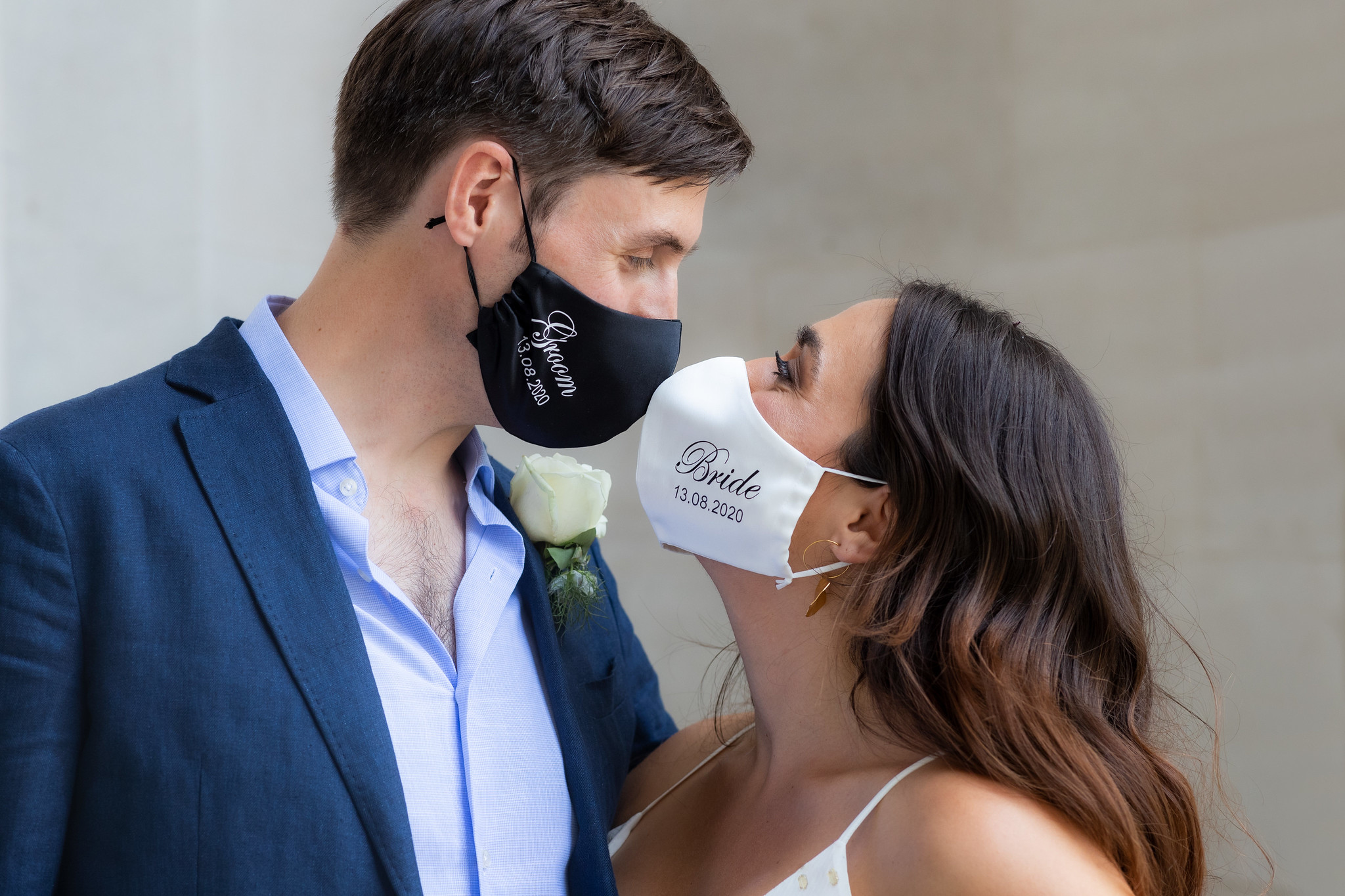 With no live events happening at all, I was very lucky to pick up some great interiors projects, including this gorgeous luxury apartment. 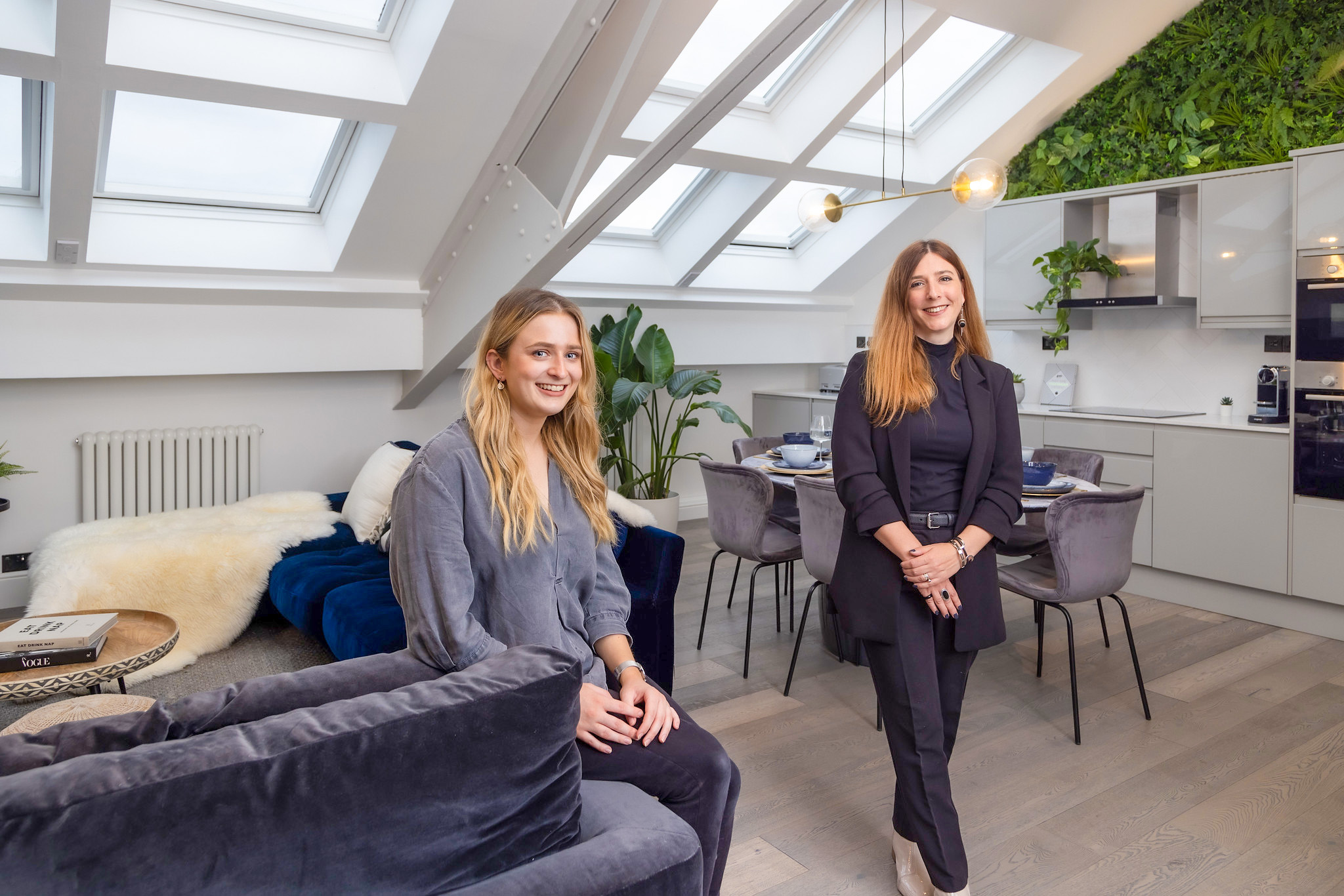 Some portraiture, though – again, being sensible about how it was done – and it was a huge honour to do the new headshots for one of the most intriguing figures to emerge – indeed, one of the first to emerge at all – from the world of security and intelligence. 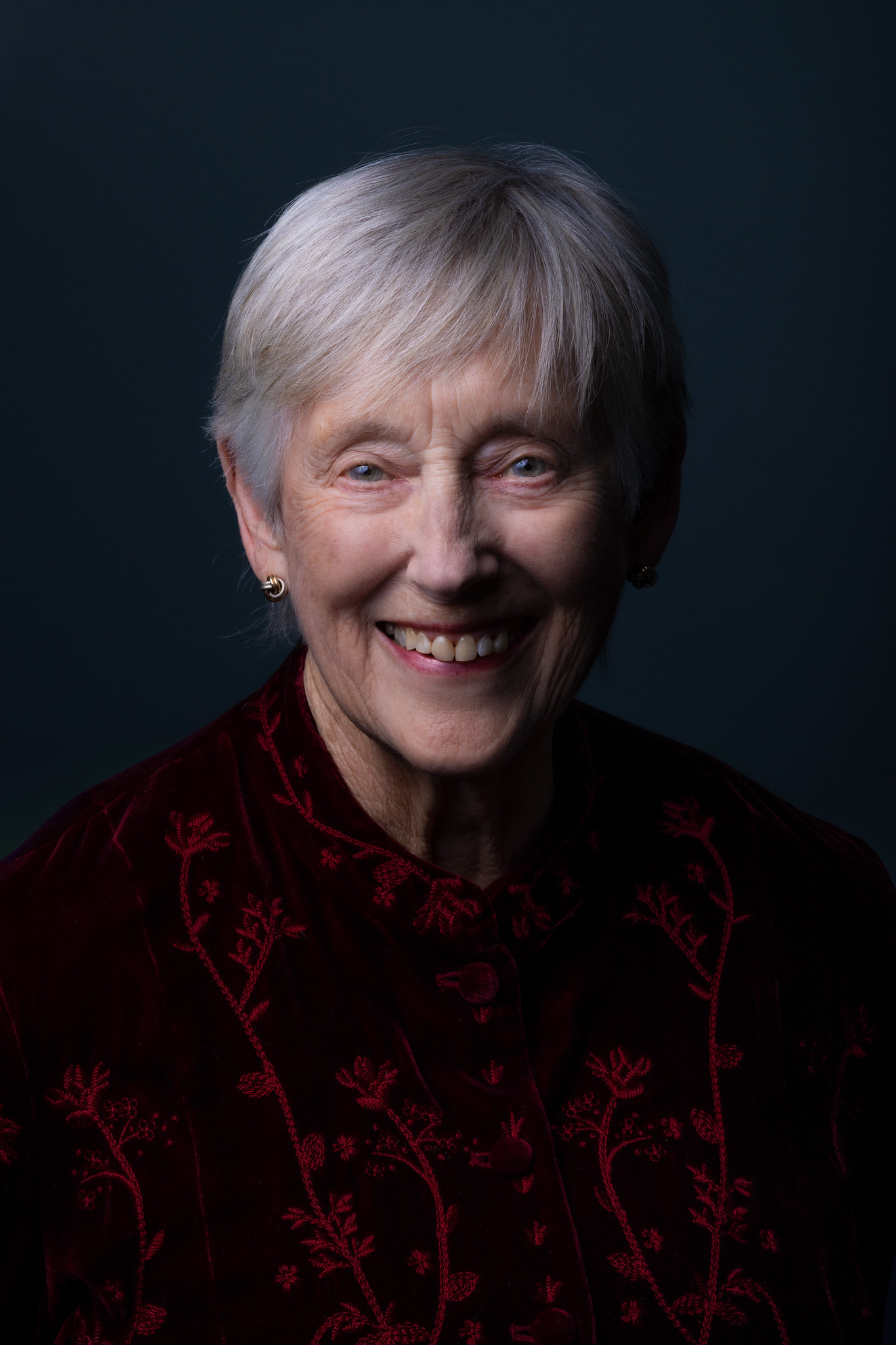 And still in September, from Dame to Dames. I had to keep busy. I had to keep finding opportunities for great pictures. A friend tipped me off about a “Panto Parade” to highlight the plight of arts venues. The marchers were colourful enough… 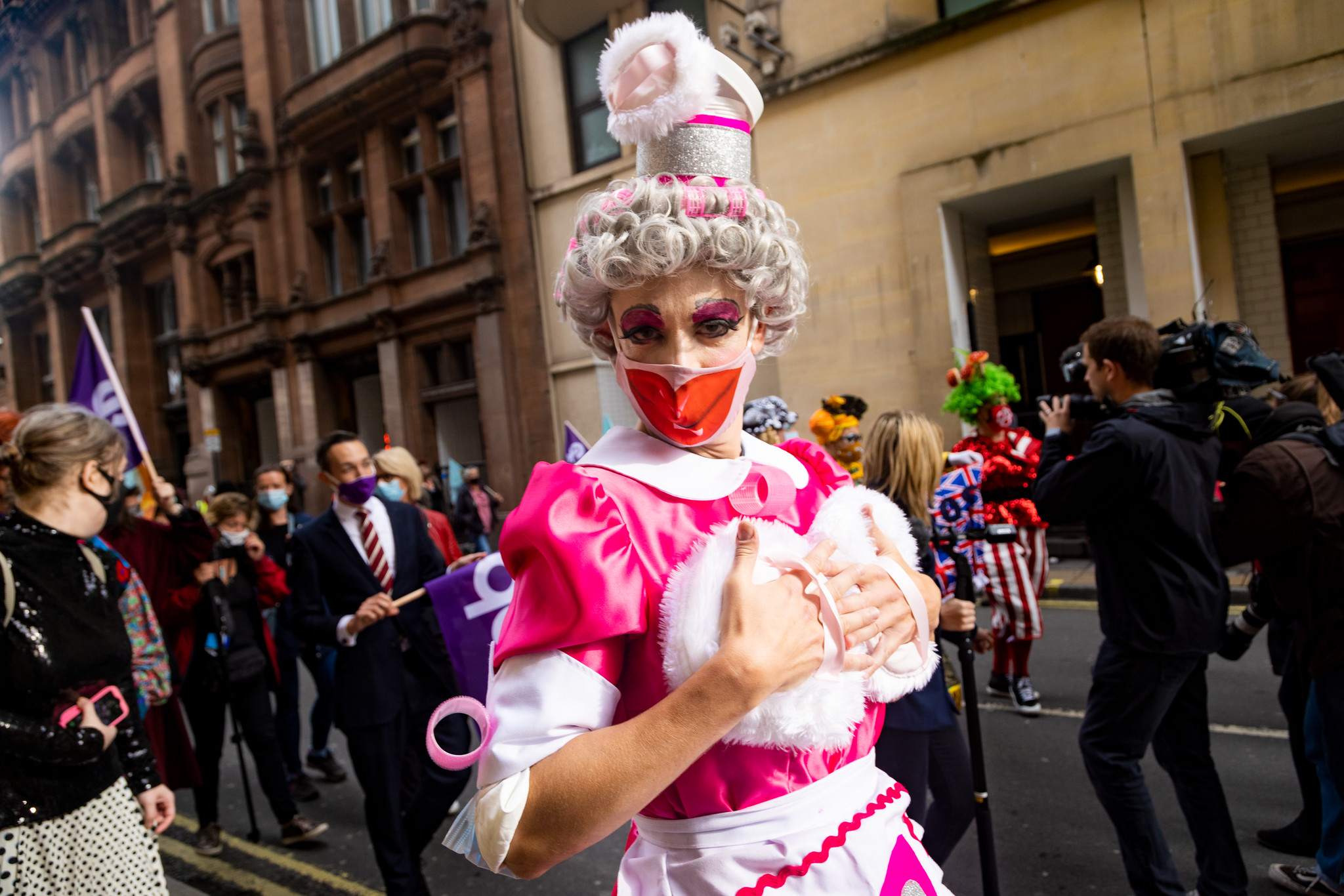 …but perhaps even more entertaining was spotting BBC Arts Editor Will Gompertz on the opposite pavement, masked up with pen and notepad in hand, doing actual on-the-scene reporting as they passed. 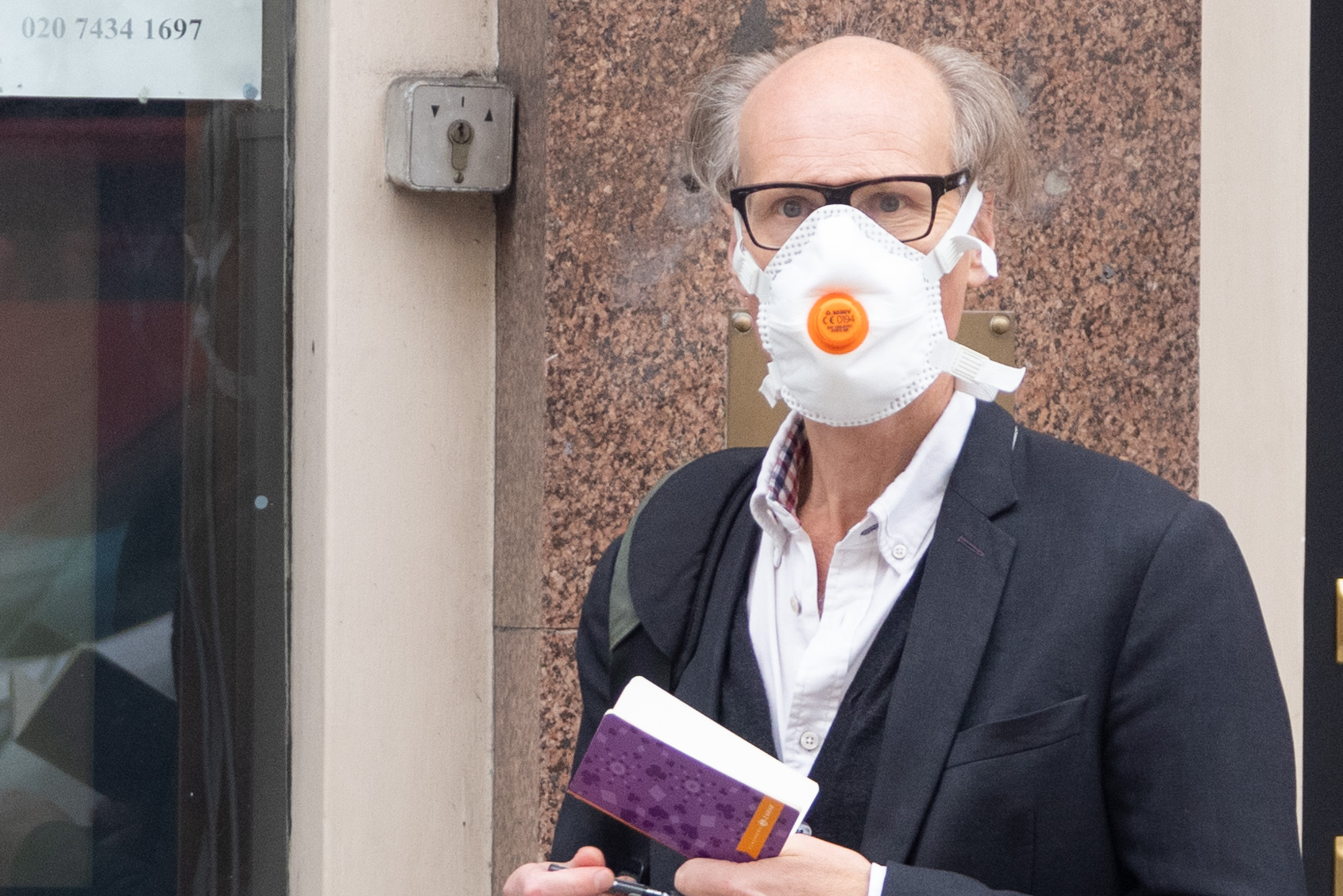 Royal visits still continued, despite The Situation. Princess Anne visited HMP Bullingdon to mark the efforts of prison officers and staff to keep everything going in a hugely difficult year. I expected something in a visitor centre, or perhaps an outer reception room, but she was there to see all of it, including going on to the wing. 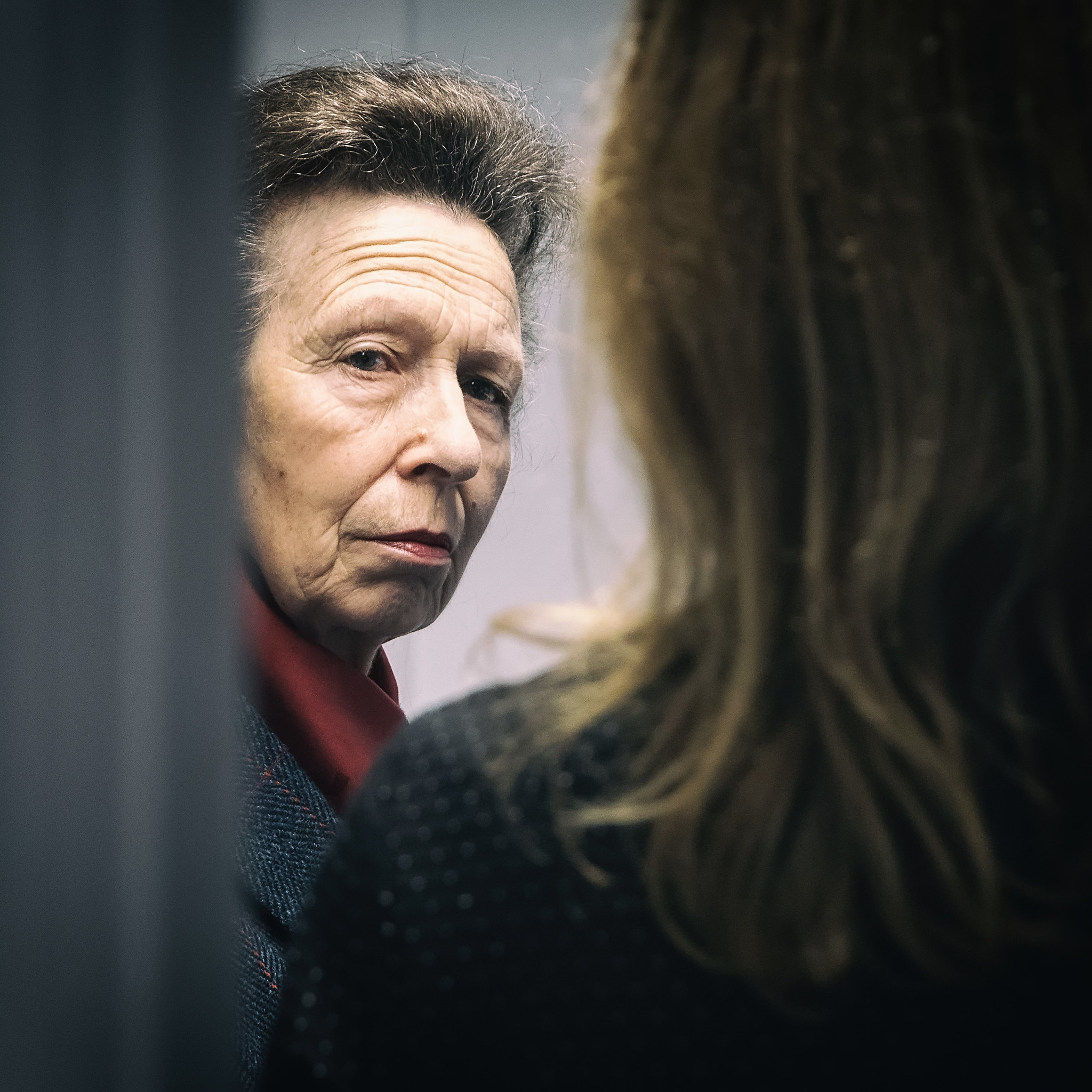 My photos were featured on the Royal Instagram feed – a first for me. 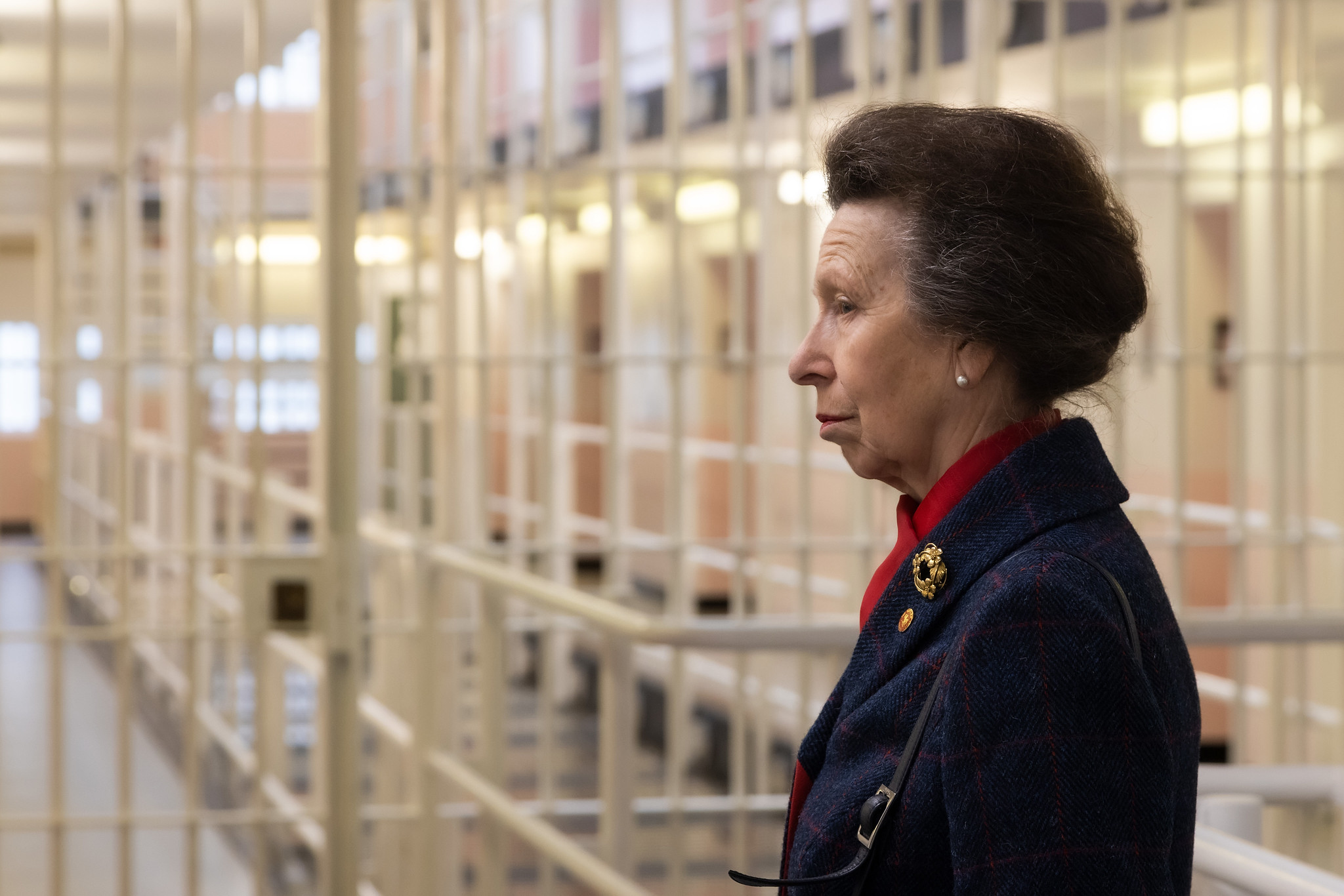 As things got darker, in all senses, I ended up needing to get out and make pictures of…anything. From a motorway bridge at the end of my road, on a night when I just couldn’t sit in the house any longer, I set up a tripod and waited. Just to see what happened. A passing ambulance left a visual drumbeat as it carved up the hard shoulder. 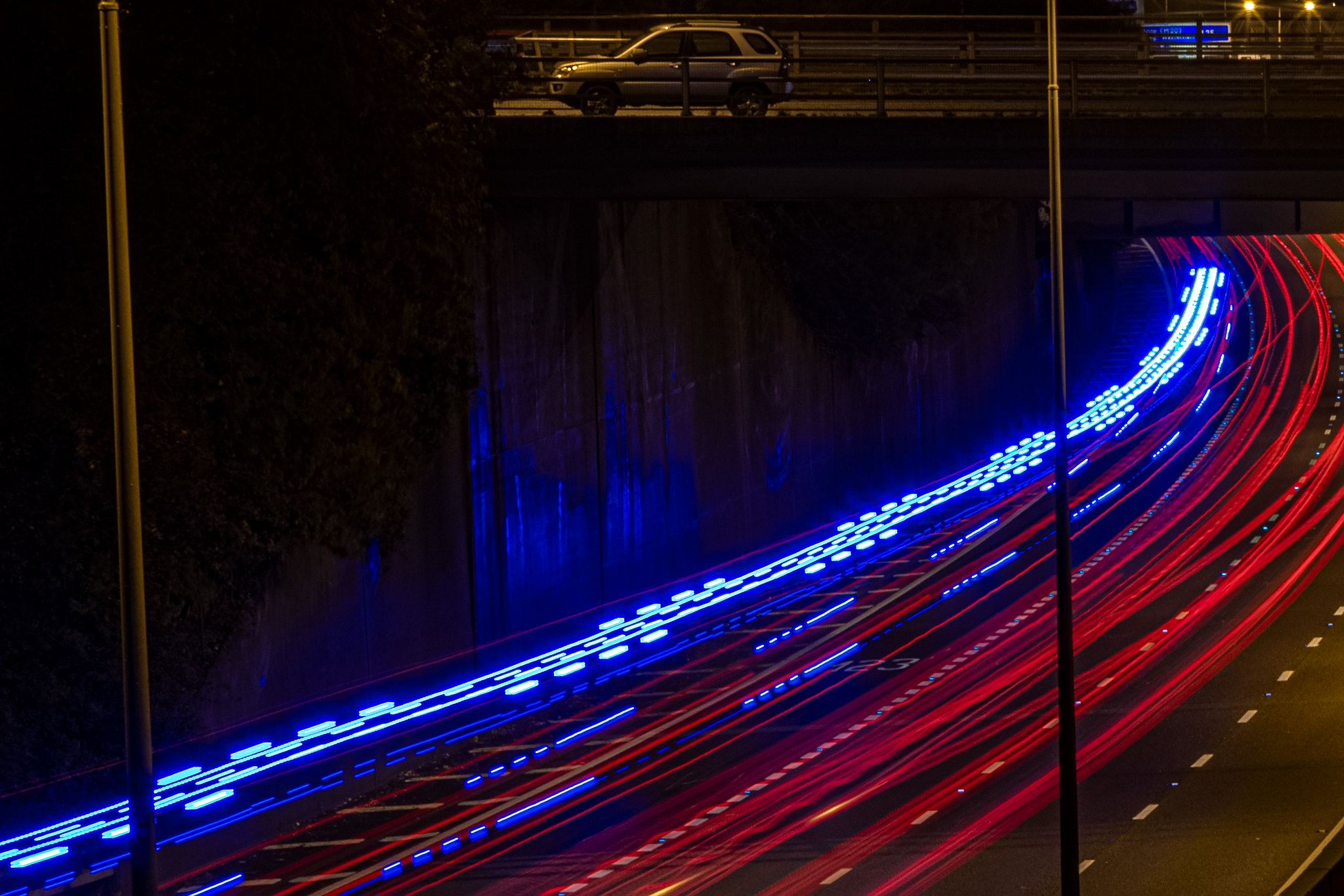 In November’s bright, low sunlight I became fascinated by the shadows cast by passers-by on the South Bank. In a fit of abstraction, I recast a very elongated shadow into a “Ghost Cyclist”, warping the actual rider into insignificance as a result. I featured it on my print store, and it’s done very well. I’d never really got my act together with printing, but let us just say that the realities of 2020 meant I absolutely had to change that. Had to. You can find the collection here, and buy yourself something beautiful – large or small. 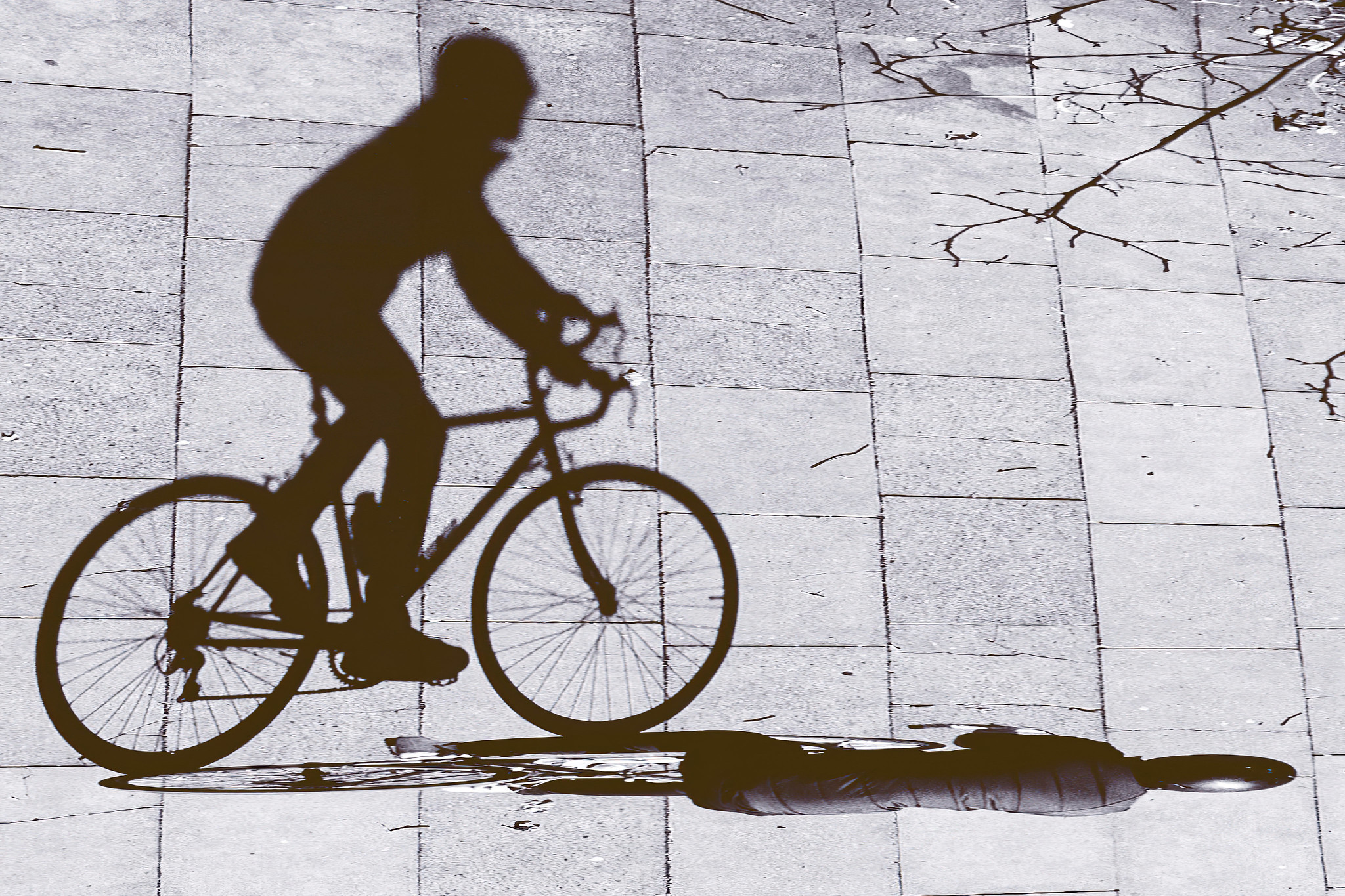 Everything looked different, even an ordinary building in an ordinary town like Redhill. With people staying at home, and separating if they did venture out, a different accent seemed to fall on even the most unremarkable views. 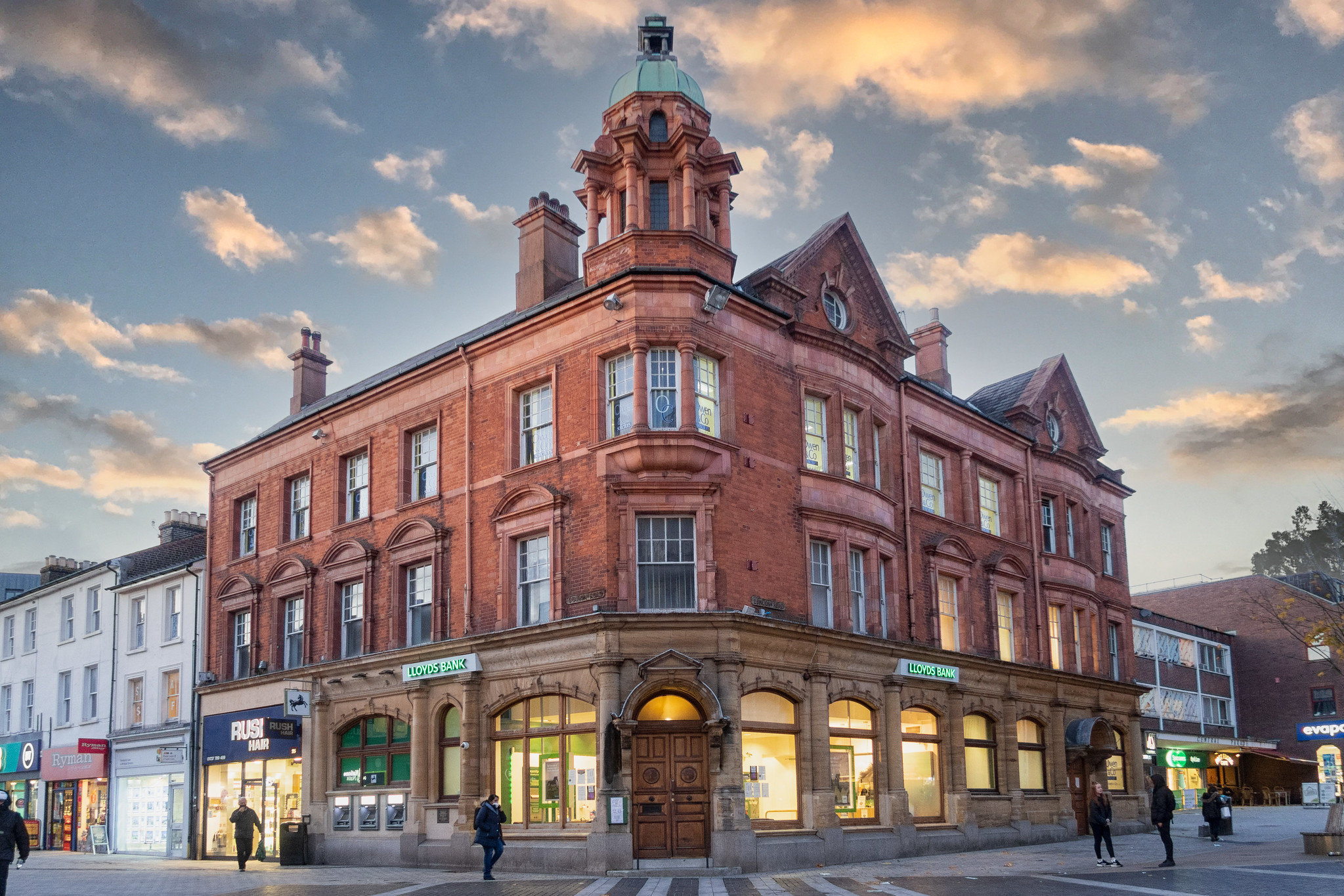 Then to close the year, a distinguished visitor opened new kennels at Battersea’s Old Windsor site. But the honour of pulling the (sausage-loaded) curtain cord fell to HRH’s dog, Beth. A brave move, PR team, but it actually worked! Delight on all the faces, especially Beth’s. 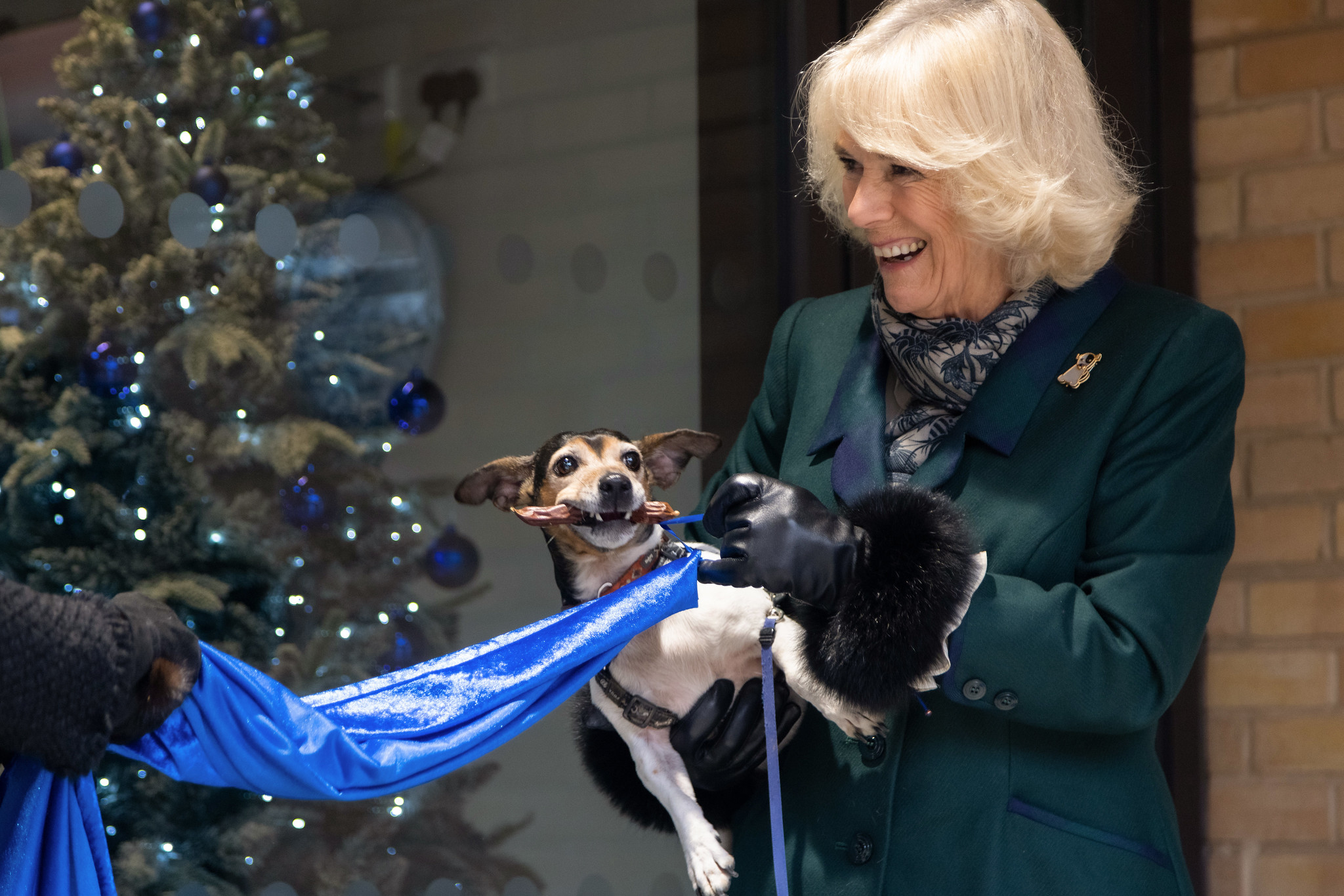 And then to close the year, a series of videos filmed in the heart of No.10, in what proved to be a tumultuous week as actual Political Events happened all around us… Incredible speakers including Hannah Fry, Jen Rogers, Azeem Azhar and David Spiegelhalter, taking complex issues in the field of data science, and making them intelligible. One of those jobs where it was genuinely a privilege to be in the room. 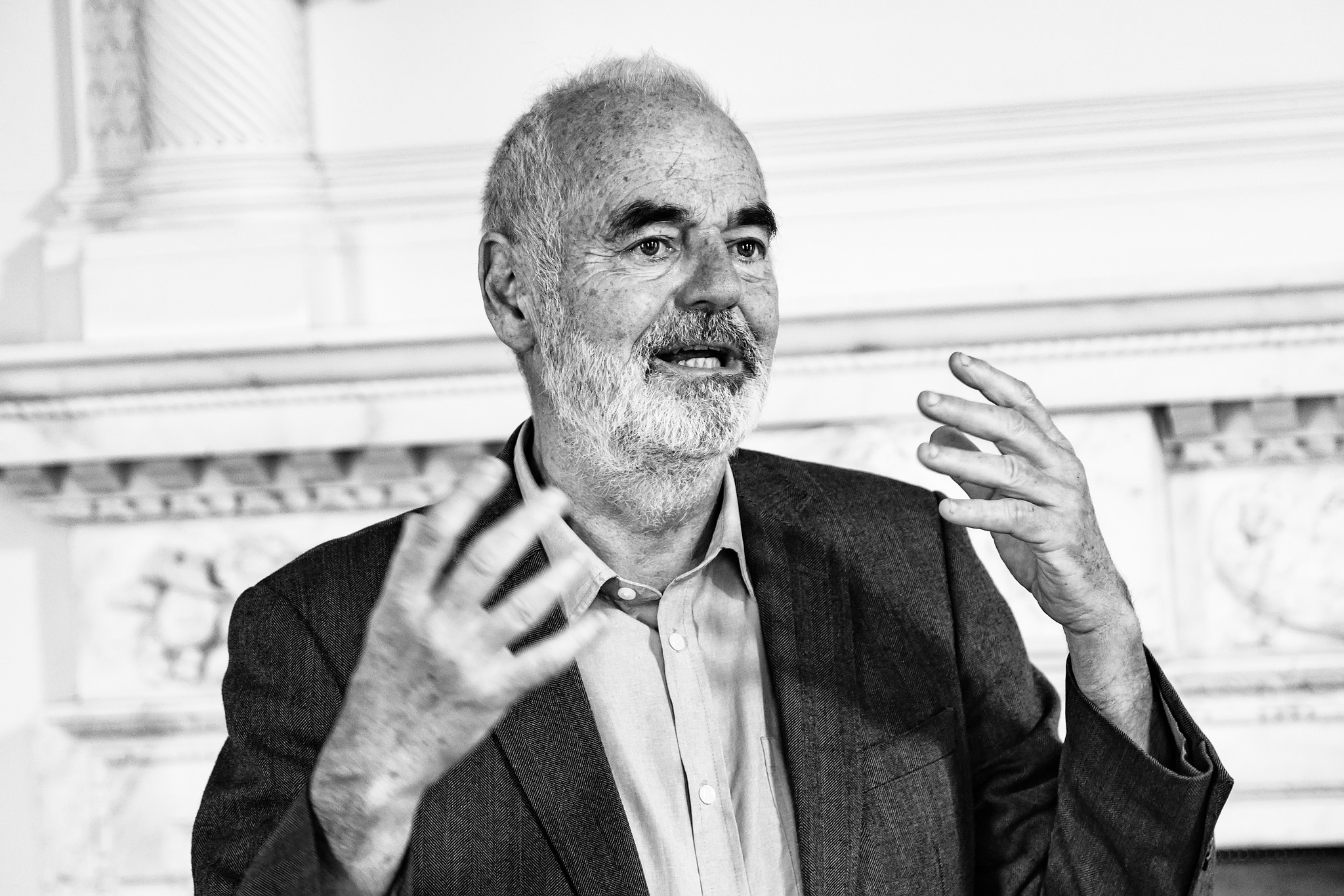 And that was the year. I owe a lot of people a lot of thanks. In times of incredible disruption and misfortune, it was amazing to see friends and clients dig deep. To create photo commissions, to create videos, to entrust complex productions. I won’t name them all in this post, but they know who they are. Without them, the show might well be over, and I’d be heading for another career. As it is, we go on, one foot in front of the other, into another year. Thank you.