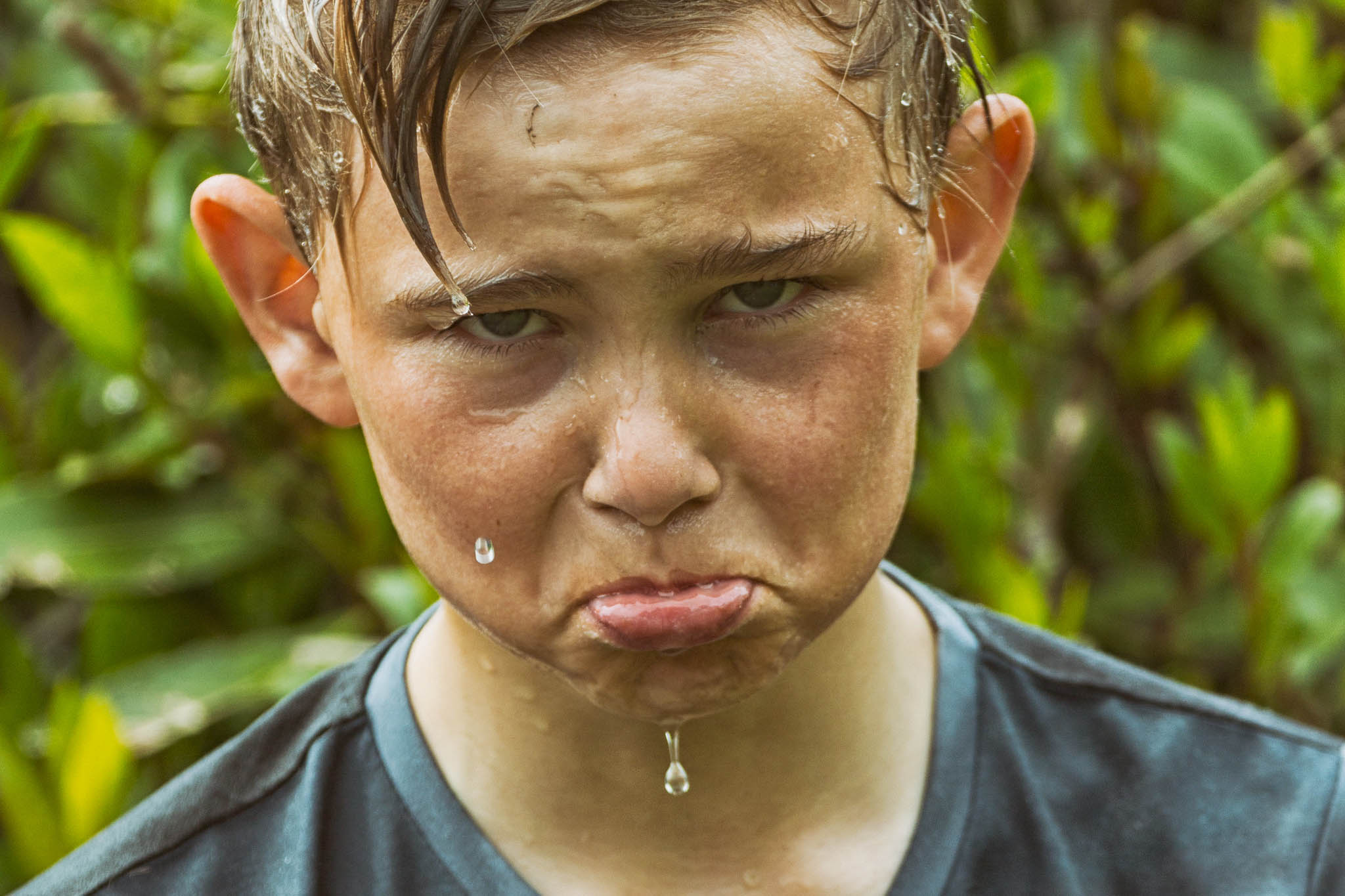 This one’s for all the photographers. I expect it is all of them, incidentally, or at least all the ones who’ve ever tried to take pictures of people.

Well, I can see it’s probably a lovely photograph, but I’m a tiny bit D___

Dealing with the portrait shoot that doesn’t end perfectly is something we’ll all have to deal with. The very first one I did for money ended a bit like this. It nearly stopped me doing any more. Ever.

Taking someone’s picture is a very personal thing. A portrait is the deeply subjective product of a recipe with a few ingredients, some of which are in your control, and some of which aren’t.

You have to bring a few things with you: decent equipment, technical knowledge to know how to use it, a sense of creativity, and of course interpersonal rapport. The certainty with which you can bring those decreases as you go along the list. If you’re entirely missing any one of these, then portrait photography isn’t going to be for you. I’ve known superb technical creatives who just don’t have the sort of personality that enjoys a frank conversation with another human about issues of image and confidence (and to their credit, they usually recognise this).

But what you don’t bring is self-esteem, thought-control, or a knowledge of all the associations a person may have built up from 40 years’ experience of having their picture taken.

On that last point, a good test question for an enquirer considering a commission is: “tell me about your favourite picture that’s ever been taken of you?”. If you just get a blank look, or worse: “no, it’s never happened. I hate all pictures of me,” then have a serious think about whether you are going to be the photographer who’ll break that streak.

Of course, the subject who positively enjoys having their picture taken is a rarity. Especially in corporate photography – which can be more of a “distress purchase”. Something that has to be done, rather than something that is wanted, like car insurance. (Sadly, for some people, wedding photography can also fall into this class. “I really don’t want a photographer at all but my mum says we have to” – genuine quote from an enquiry.)

Statistically, I find there’s a small but consistent percentage of whole-company photoshoot subjects who don’t/won’t like their photo. Whatever you do. However you work with them on the day and show them examples as the shoot’s in progress. Even when they’ve said to you they’ll be ok with at least one of them. But when all of the commission is about making one person feel amazing about themselves, and they don’t, then the pain is hugely amplified.

It’s just how humans work. It’s not you. And this is my message to the photographers feeling crushed by one of these conversations. You may well have had room to improve on kit, technique, rapport and so on, but even if you hadn’t, this will still happen.

What is it about that D___ word – disappointment – that is so hard to deal with? For many of us I suspect it’s got very early roots. We can cope with the consequences of doing things wrong – with punishments, or even with anger and shame. But when it comes to falling below expectations (either our own, or ones we perceive others have for us) then it’s the lowest blow possible. It can make you want to sell, or smash, your cameras – never to take a portrait commission again. To feel like you just hurt someone, personally, and hard. Or damaged a friendship. It’s serious stuff. I got unlucky with it happening on my very first one. I was inexperienced, did my best, and ultimately took the set to a mentor who took one look and said “nah, them, not you” – which made things feel a whole lot better.

I thought very long and hard about writing on this topic. It’s the great unsayable in any professional service. “Has it ever gone completely wrong?”

Yes. Yes it has. And in all cases I did everything I could to make good, whether that involved reshooting, or refunding (or both). But looking at the hard numbers, I can count 4 out of about 2,000 shoots where this happened. I don’t even have to try hard to count them; they burn hard in my mind as soon as I close my eyes. I’ve got a file where I have all the positive feedback from others – hundreds and hundreds of happy messages.

And yet I let those 4 carry a weight that sometimes feels like it exceeds 400.

Maybe that’s what we need to work on dealing with.